A star was born when a North Dakota teen gave an epic high school graduation speech set to the song "Shallow."

Sydney Helgeson took the podium at her Bismarck High School graduation with what seemed like a typical graduation speech, but quickly the crowd realized there was going to be something special about this send-off. 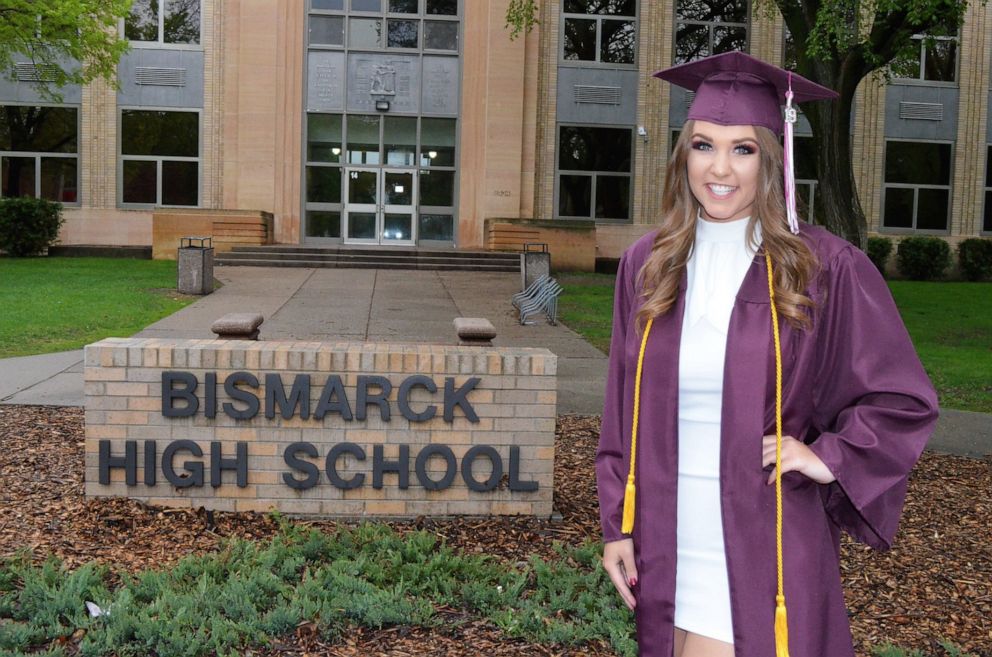 "On this special day in our lives, graduation speeches are a tradition." Helgeson said. "But when words fail music speaks. So, I'd like to dedicate my song 'Tomorrow,'" to the tune of Lady Gaga's 'Shallow,' to the class of 2019."

(MORE: This dad interviewed his daughter on her first day of school for 13 years and we're crying)

Helgeson then performed her song to her 270-person graduating class and their loved ones. The lyrics were carefully crafted to be the perfect send-off for her classmates, reminiscing on their time as Bismarck High School demons, their school's mascot.

"When writing the lyrics, I thought about all the things that made me proud to be a demon," Helgeson said. "Things like winning the state football championship and marble staircases in our halls. I tried to reminisce on all the moments that our class has shared together. The good, the bad, the funny -- all the memories."

The song starts with, "Tell me something, class. Are you happy that today's the last?"

When Helgeson breaks into the chorus, the lyrics change to, "No more ACT tests, we've all done our very best. Not much our teachers can do now." Changing the word "shallow" to "tomorrow" she rounds out the chorus with, "We're not far from tomorrow, now." 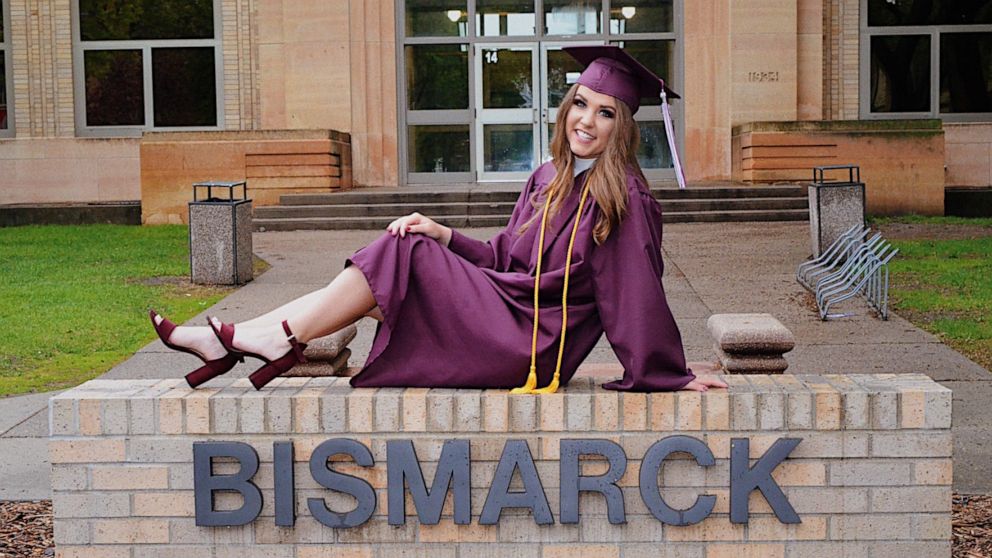 Helgeson said she had no intentions of auditioning to be a graduation speaker, until she was shown the video of Alicia Keys and James Corden's parody of "Shallow" to announce Alicia Keys as the host of the Grammys and a lightbulb popped into her head.

"I thought that's a cool idea," Helgeson said. "Maybe I could something like that for a graduation speech."

Helgeson has been singing since she was 4 years old and had been a member of chorus since middle school. In high school, she was in different choruses and her school's production of "The Sound of Music." Her musical abilities and love for her school led her to create the perfect graduation song. 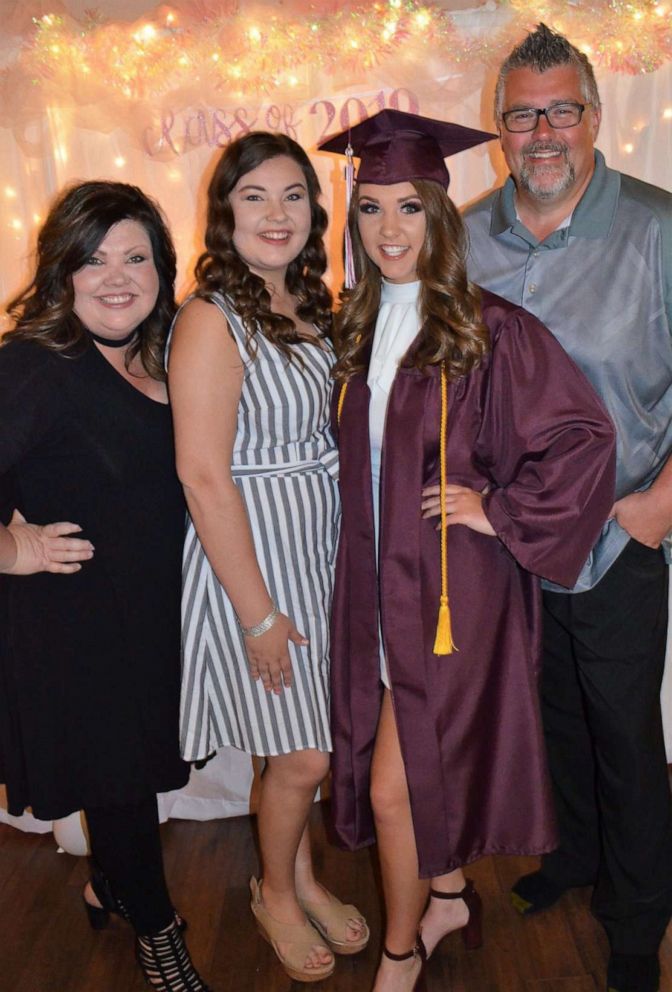 Courtesy Trish Helgeson
Sydney Helgeson and her family pose before her graduation ceremony.

Helgeson auditioned with several of her other classmates to speak at the graduation ceremony. She was thrilled when she was picked to represent her class.

"Our school dates back to the 1800s and is very traditional, so I was really glad they picked my speech and let me stay a little bit from the norm," Helgeson said.

Helgeson said when the song she worked so hard on was finished, her classmates were "really supportive." 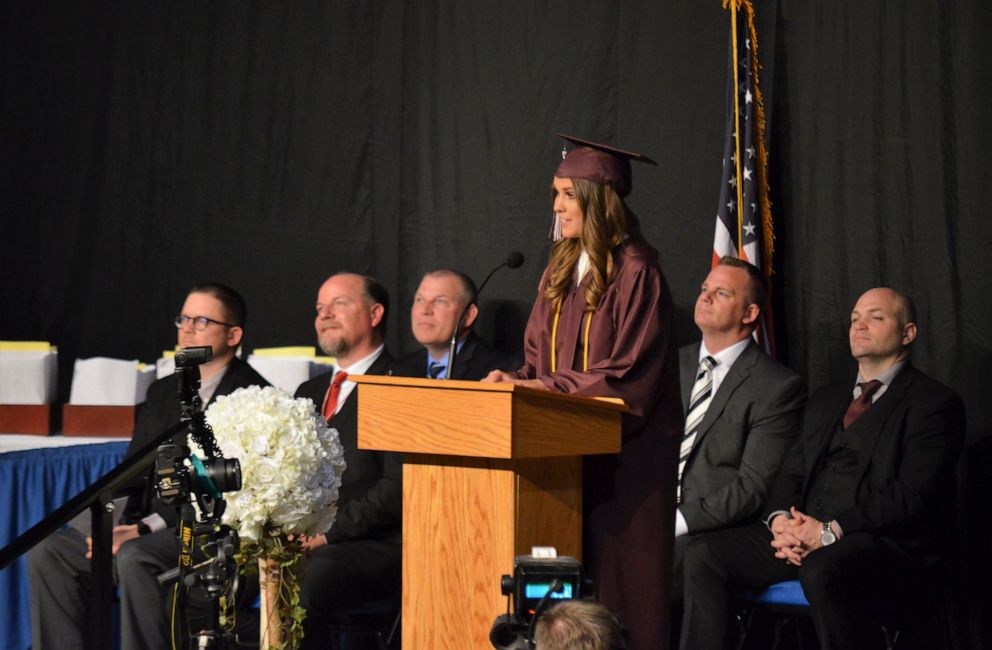 "A lot of people came up to me after the ceremony and I was even more amazed by all the people who shared it on social media," Helgeson said. "I was so grateful for the positive reaction and that people wanted to share it with their friends."

Although her speech was special, Helgeson says the most special part of graduation was celebrating their class' accomplishments with her friends.

(MORE: Man graduates with nursing degree from same university where he started as a janitor)

"Our class was super close all through high school," Helgeson said. "It was special to celebrate our last moments all together. Some of us have been together for 13 years." 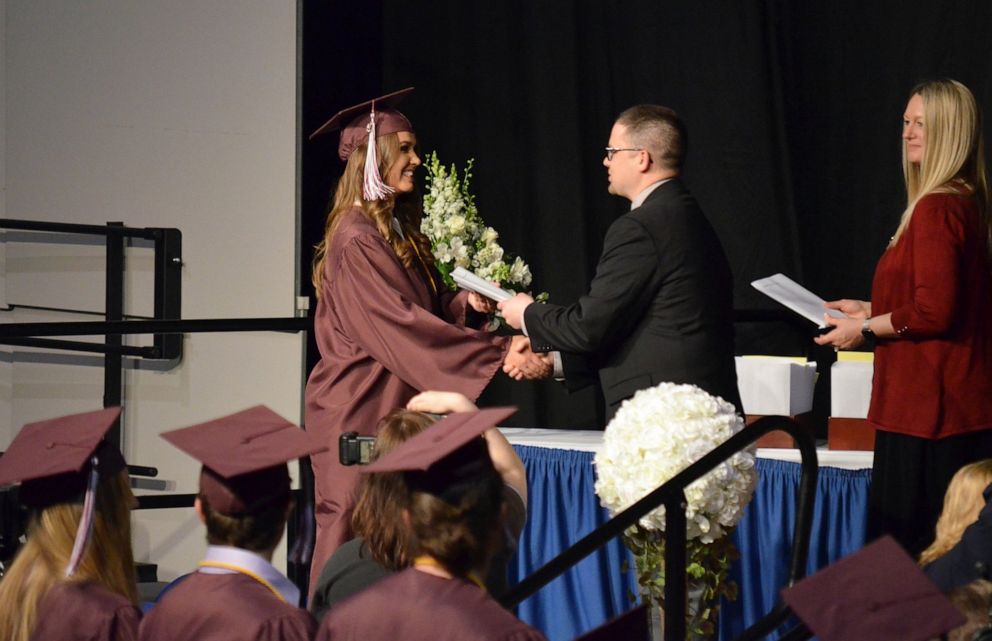 Courtesy Trish Helgeson
Sydney Helgeson walks across the stage to receive her diploma.

Helgeson will be attending the University of Alabama in the fall and will major in business with a minor in music.

Congratulations, Sydney and the Bismarck High School class of 2019!