Barbie is paying a special tribute to the life and legacy of Ida B. Wells with its latest doll launch.

Mattel's upcoming release honoring the late journalist and activist is a part of the toy maker's Inspiring Women series and will officially launch Jan. 17.

Designed around the aesthetic of Wells' traditional style, the doll is featured wearing a vintage-style floor-length black dress with a white lace trimming collar.

She also is wearing a textured updo hairstyle while holding a mini replica Memphis Free Speech newspaper. This was the paper where Wells eventually became both editor and co-owner.

Michelle Duster, an author, public historian and great-granddaughter of Wells, shared in a statement that she felt "honored" Barbie has chosen to celebrate Wells in this way.

"My great-grandmother was a trailblazer, who courageously followed her convictions and challenged the status quo by fighting for civil rights and women's suffrage," Duster said. "This is an incredible opportunity to shine a light on her truth and enduring legacy to empower a new generation to speak up for what they believe in." 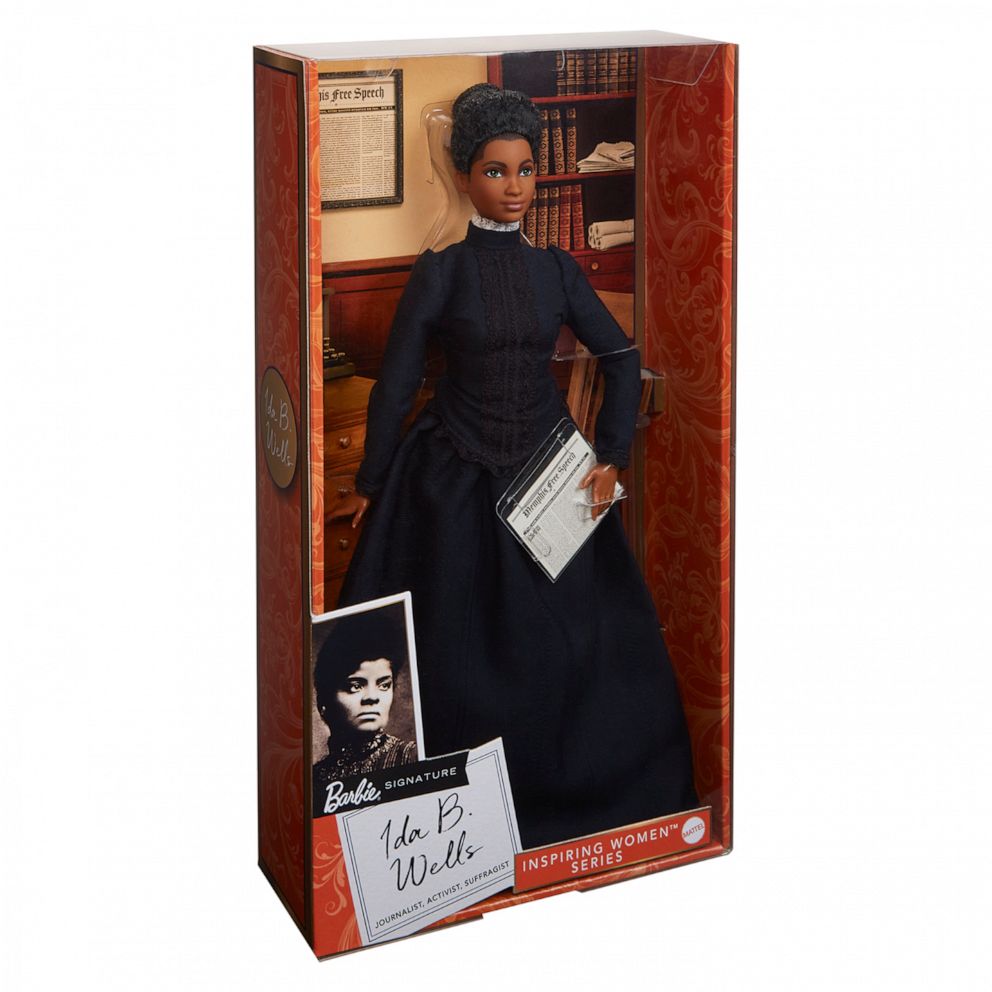 Mattel, Barbie
Barbie honors the life and legacy of journalist and activist Ida B. Wells with its latest doll launch.

In addition to her tremendous work within journalism uncovering racism as it related to politics and race in the South, Wells was also known as a suffragist and researcher who played a pivotal role in bringing attention to women's suffrage and civil injustices.

“We are incredibly proud to welcome pioneering civil rights activist and suffragist Ida B. Wells to the Barbie Inspiring Women line, so kids can learn more about the great strides she made toward equality during her lifetime," Lisa McKnight, Mattel's senior vice president and global head of Barbie, said in a statement.

"It is so important for kids to be exposed to role models like Ida B. Wells to remind them that they are powerful and can make a difference in the world," she said.