Ahead of International Women's Day, Mattel has introduced a new Barbie inspired by the life and legacy of Eleanor Roosevelt.

The latest doll, featuring the former first lady, was revealed on Wednesday and is a part of the company's "Inspiring Women" collection.

Dressed in a floral print dress, a pearl necklace and a black hat, the latest doll is a beautiful nod to the historical icon, United Nations spokesperson and human rights activist. 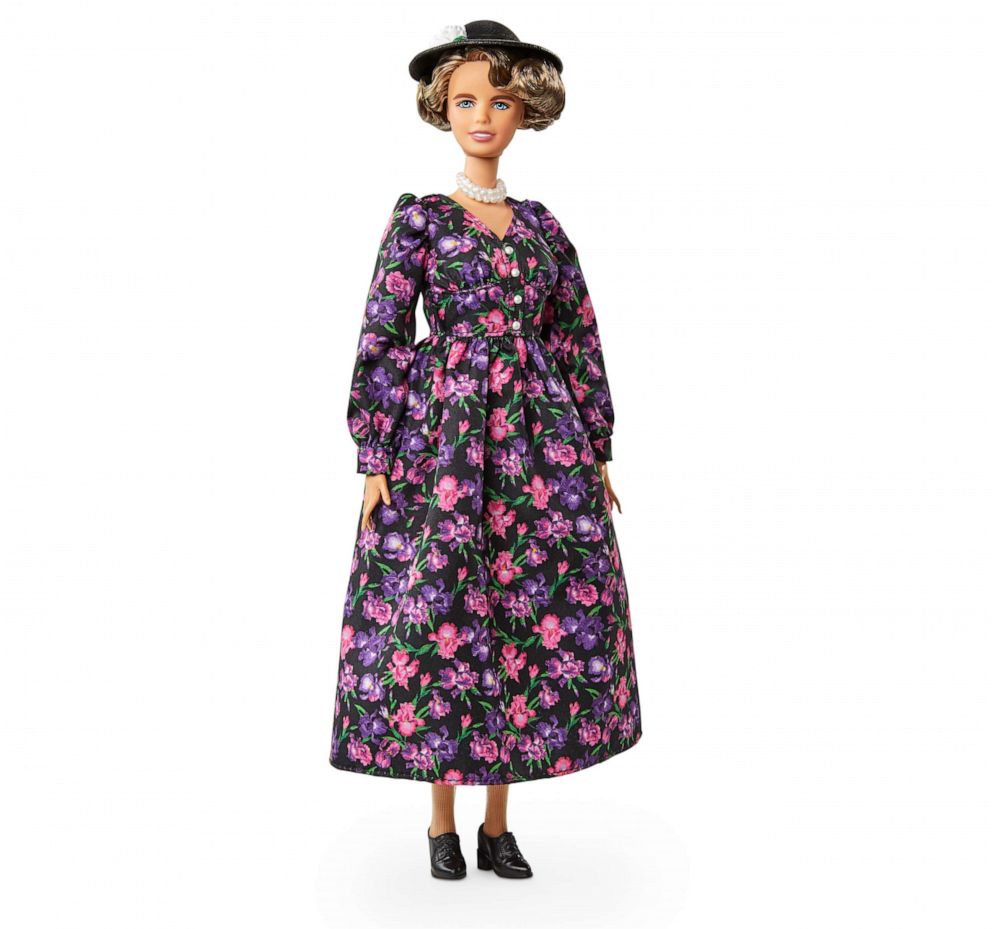 In addition to being the longest-serving first lady, Roosevelt, also known as, "First Lady of the World," was an advocate for policies surrounding civil and economic rights and was often celebrated for her humanitarian efforts.

"We are delighted to welcome former First Lady Eleanor Roosevelt to the Barbie Inspiring Women series and to shine a light on how her perseverance as a champion of policies around civil and economic rights made an impact on the world," Lisa McKnight, senior vice president and global head of Barbie and Dolls at Mattel, told People magazine in a statement.

She continued, "As the number one global toy property, we believe in the importance of highlighting past and modern-day role models, like Eleanor Roosevelt, to inspire the next generation of changemakers to dream bigger than ever."

At the beginning of this year, the series also paid tribute to poet, author and activist Dr. Maya Angelou. Ella Fitzgerald and Rosa Parks are also included in the series.

MORE: Dr. Maya Angelou has been honored with a Barbie doll

Retailing for $29.99, the Eleanor Roosevelt doll is available at Walmart, Target and Amazon.

Mattel is also celebrating International Women's Day by rolling out its first "You Can Be Anything" digital series which will provide interactive content for families and girls.

The series will feature live streams on Facebook and YouTube with appearances by actress Yara Shahidi as well as model and activist Adwoa Aboah.

“With the virtual event space growing exponentially, we are leaning in with innovative online experiences authentic to our brand DNA, like the Barbie You Can Be Anything Series, to connect female role models who have broken boundaries with families and remind them that kids will become the leaders of tomorrow," McKnight said in a statement.

This initiative will also coincide with the company's commitment to partnering with organizations such as Girls Leadership to fund girl-led research on media representation and a PowerLab classroom designed to address implicit bias in the classroom, internalized racial bias and inequities in representation.