With summer upon us, beach safety officials are warning people this season to be on guard as they head to the water.

A young girl on a rubber dinghy was rescued by lifeboat crew on Monday after she had drifted about a half mile away from her family off the coast of Wales. She was connected to a loved one by a safety line, but powerful gusts of wind detached the line.

The moment she was rescued -- which was captured on video -- shows the lifeboat crew heading to the young girl who could be heard pleading for their help. 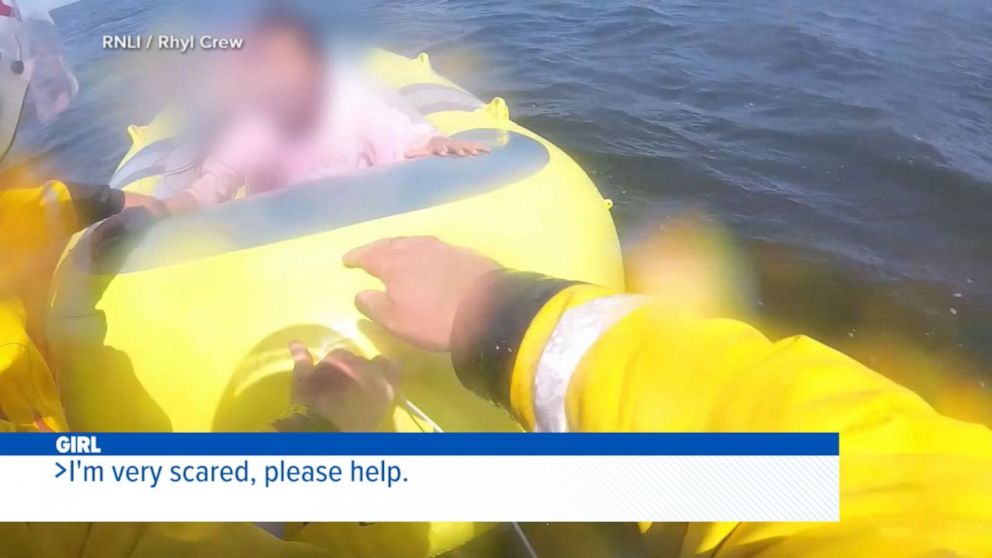 Incidents like this one have happened before here in the U.S.

In 2019, a North Carolina mom frantically called for help as her son floated away from her in a unicorn floaty. Earlier that same year, two young girls who were on a swan floaty were also rescued when they were swept out to sea.

While floaties shaped into animals and in sizes large enough to hold multiple people have grown in popularity over the years, experts say they are not the safest choice.

“The ones that cause the most trouble out here are the giant unicorns and cartoony, multiple person floatation devices,” David Vaughan, beach safety director of the South Walton Fire District in South Walton, Florida, told "Good Morning America." “They get out of control."

Just last week, Vaughan said he, along with his team, performed 15 different public assist or water rescue type incidents. Part of the reason why there were so many was because of weather elements. 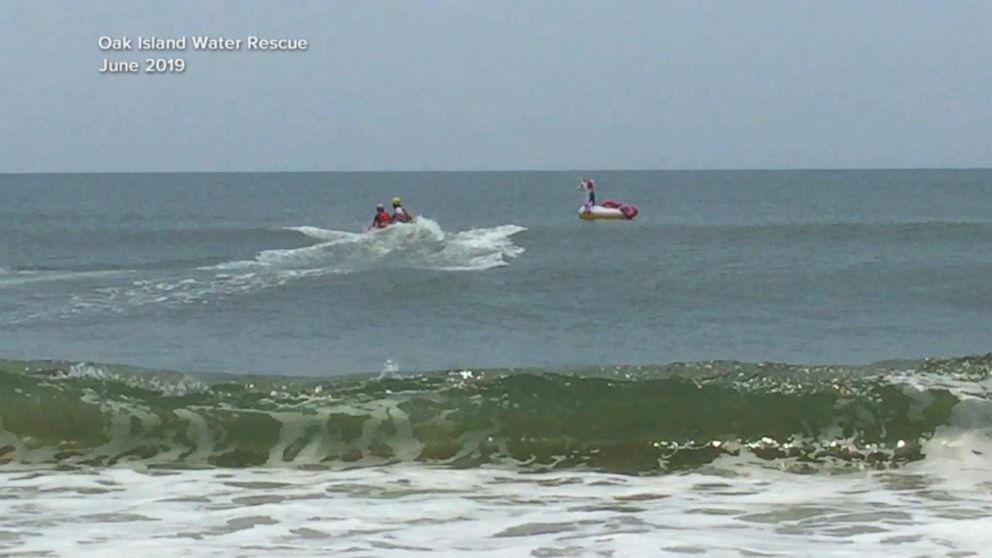 “People just got carried out,” he said, saying winds can play a huge factor for floatation devices blowing off shore.

In addition, having the wrong flotation device can put you at more risk.

“Part of it is misunderstanding the messaging when we tell people that we want them on floatation devices," said Vaughan. "And it’s just this larger float devices that are just sometimes inappropriate."

The American Red Cross says the use of water rings and inflatable toys and floats should never replace a U.S. Coast Guard-approved life jacket and adult supervision.

To ensure the safety of beachgoers this summer, Vaughan shared more tips on what to consider before getting into the water.

Vaughan advises people against purchasing large flotation devices if they intend to use them in the ocean because they catch the wind.

“The larger wind footprint in the sail, the more wind they catch, the faster they go," he said. "And so you can get carried from, you know 25 yards offshore.”

In addition, if these large flotation devices are abandoned in the water, many on the shore may think that someone is stranded on one. 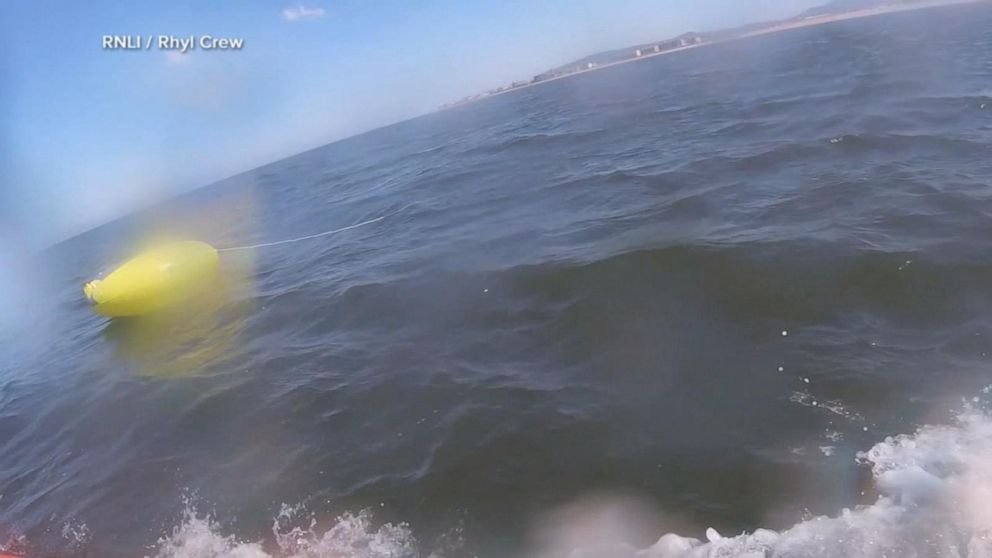 “We’ll have concerned citizens who don’t know that there isn’t anybody on the float,” said Vaughn. “They will call it in as water rescue and we have to deploy our jet ski resources and our EMS resources to go out and find an empty float that someone just ditched when they realized that they couldn’t control it anymore.”

Pay attention to the wind

Knowing the direction in which the wind is shifting throughout the day will increase your chances of staying safe this summer, according to Vaughan.

Offshore winds above 5 miles per hour can be enough to create problems if you are on an inflatable in open water. Wind speeds at specific locations can be checked via weather apps.

“Pay attention to the hourly wind forecast,” he said. “That’s something we rely on heavily here to figure out what the surf is going to do.”

Swim near a lifeguard and watch for rip currents

Rip currents can be especially dangerous for people who don’t know how to swim well and for people on inflatable devices, according to Vaughan.

MORE: My toddler drowned. Here's my warning about puddle jumpers

“People often times misattribute the floatation device to the speed with which they’re getting pulled out, so they’ll ditch the flotation device and then blow themselves out on the cardio effort, and turn into a tragedy,' he said. "So we always watch the rip currents.”