By Haley Yamada
Video by Elisa Tang
Share —
Sign up for our newsletters to get GMA delivered to your inbox every morning!

One college grad got creative when he couldn't walk across the stage to receive his diploma because of the coronavirus pandemic.

Chance Kennedy, 22, who went to North Carolina Central University, ended up dancing in a video, which he posted on Instagram. The post has more than 83,000 views. 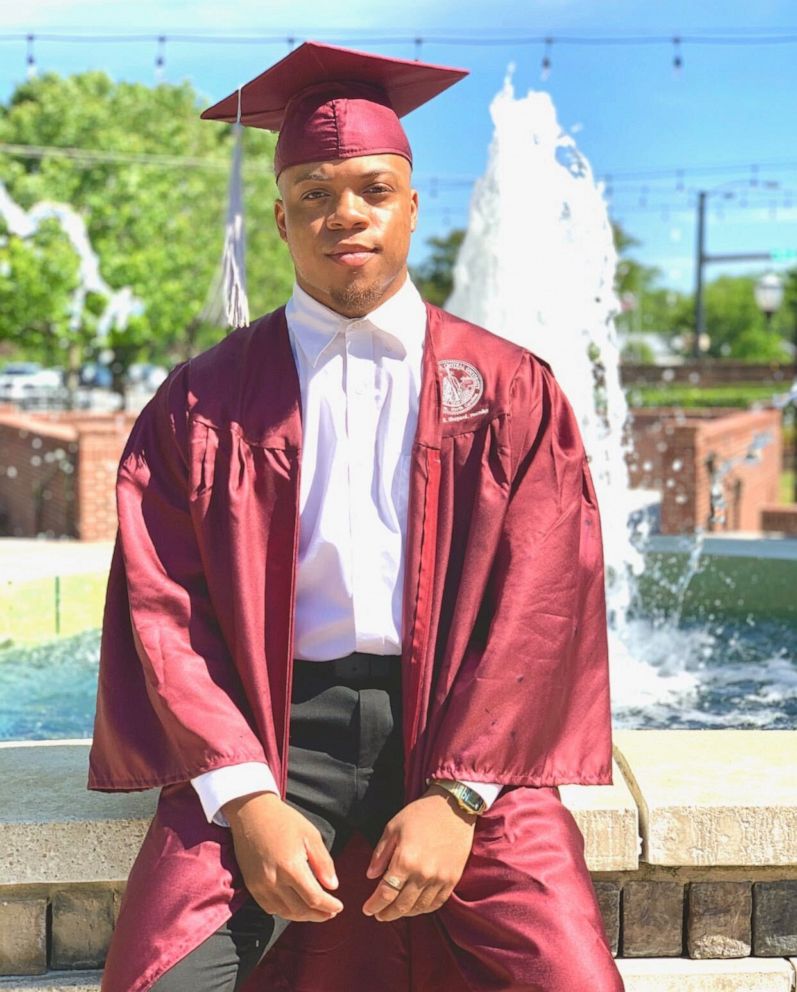 Courtesy of Clay Agnew
Chance Kennedy celebrated his graduation from North Carolina Central on May 9th, 2020 in Charlotte, NC.

Inspired by a remixed gospel song his mother saw on Facebook, Kennedy said the dance was meant for his friends and family and he never expected the attention.

“Coming into freshman year, I was always the kid who was dancing,” said Kennedy. “Like, before you might know my name, you’d know me as the kid who’s always dancing.”

He went on, “I came into college 2016 dancing and leave in 2020 dancing. It’s really the perfect way for me to leave, so that's why doing that Senior Walk was so much fun. I wasn’t expecting anything from it … the next thing I know, it went crazy. It is definitely really cool.”

Kennedy, who majored in business administration and minored in marketing, played on the university football team all four years. As a collegiate athlete, he said he worked hard balancing football and school. 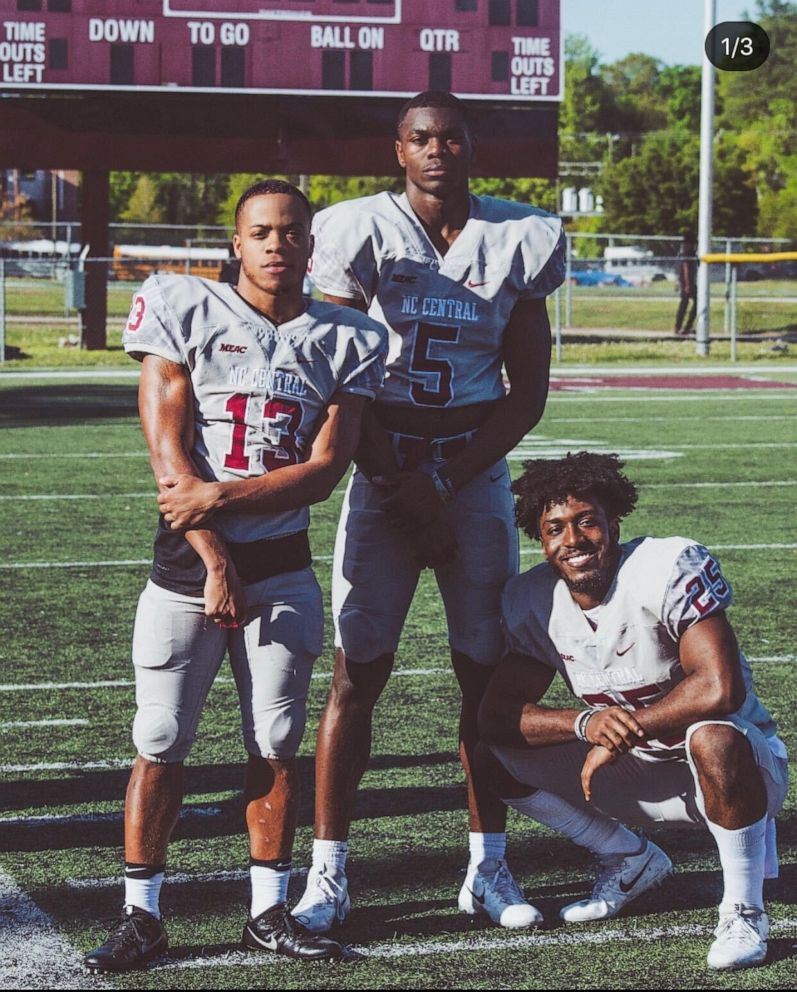 Courtesy of Chance Kennedy
Chance Kennedy, who was a student-athlete all four years of undergraduate, plans on playing a fifth year while he gets his MBA in Charlotte, NC.

“Graduating from college, it’s not easy, especially for an African-American man," he acknowledged. "I knew for sure that I was going to celebrate no matter what. So, even with the pandemic, I wanted to see the positive side of it. Even though [I] didn’t get to graduate and walk with friends, we still had four years of college and that’s something to celebrate." 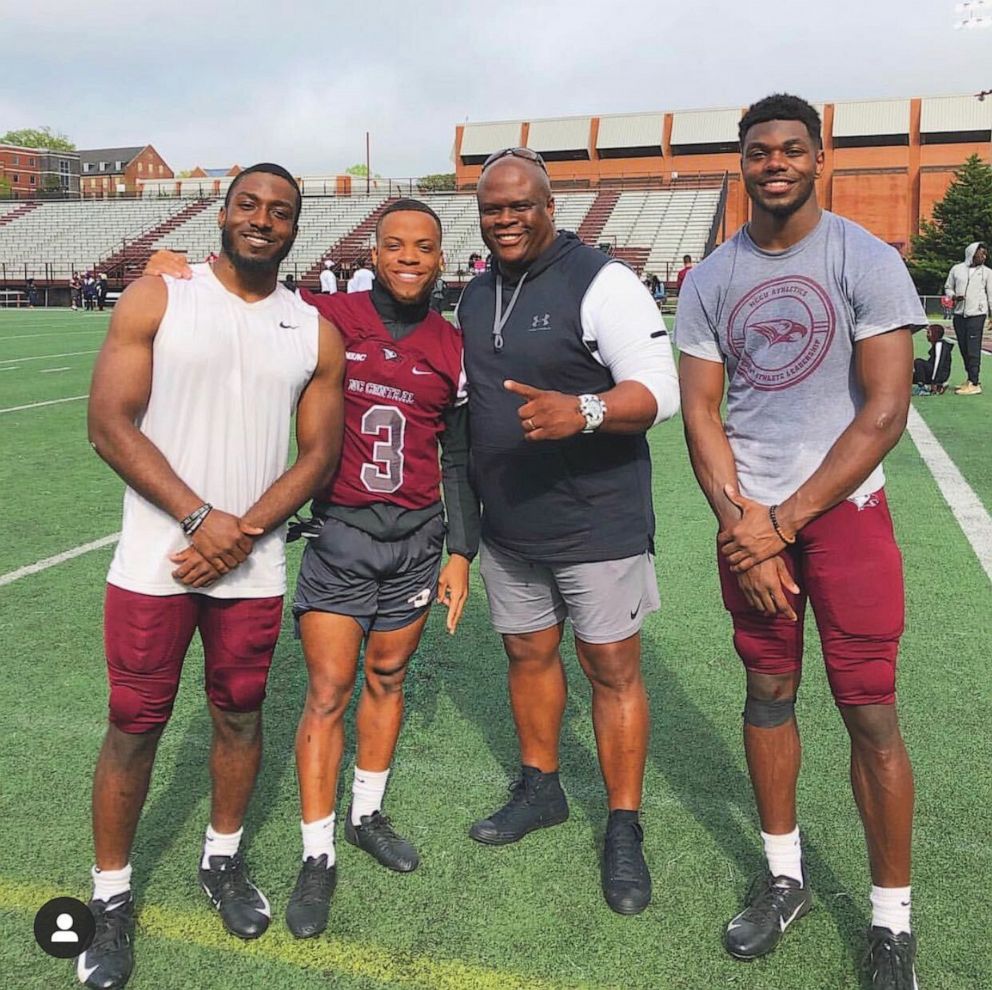 Courtesy of Chance Kennedy
Chance Kennedy says his favorite memory of college was winning the MEAC conference championship in 2016.

As a life-long entertainer, Kennedy said he plans on getting his MBA next year and hopes to work in the entertainment industry.

MORE: Oprah's words of wisdom to college grads are all the motivation you need on a Monday

And he has a message for all 2020 graduates.

“If you’re sitting there at home, just know, you’re not the only person out there going through this experience,” Kennedy said. “Push away the negative thoughts and really bring the positive thoughts to light.”