By Dana Alkhouri
Video by Elisa Tang
Share —
Sign up for our newsletters to get GMA delivered to your inbox every morning!

Alexis Gore, a recent graduate of Iowa University, was looking forward to walking across the stage and receiving her diploma. Then along came the coronavirus pandemic.

While having a virtual graduation wasn't ideal, Gore, who worked for two years as a sports reporter for The Daily Iowan's TV newscast, was eager for her next steps after college.

“I got so many emails from jobs that I applied for in March and May saying they 'are no longer offering this position,'” Gore told "Good Morning America." 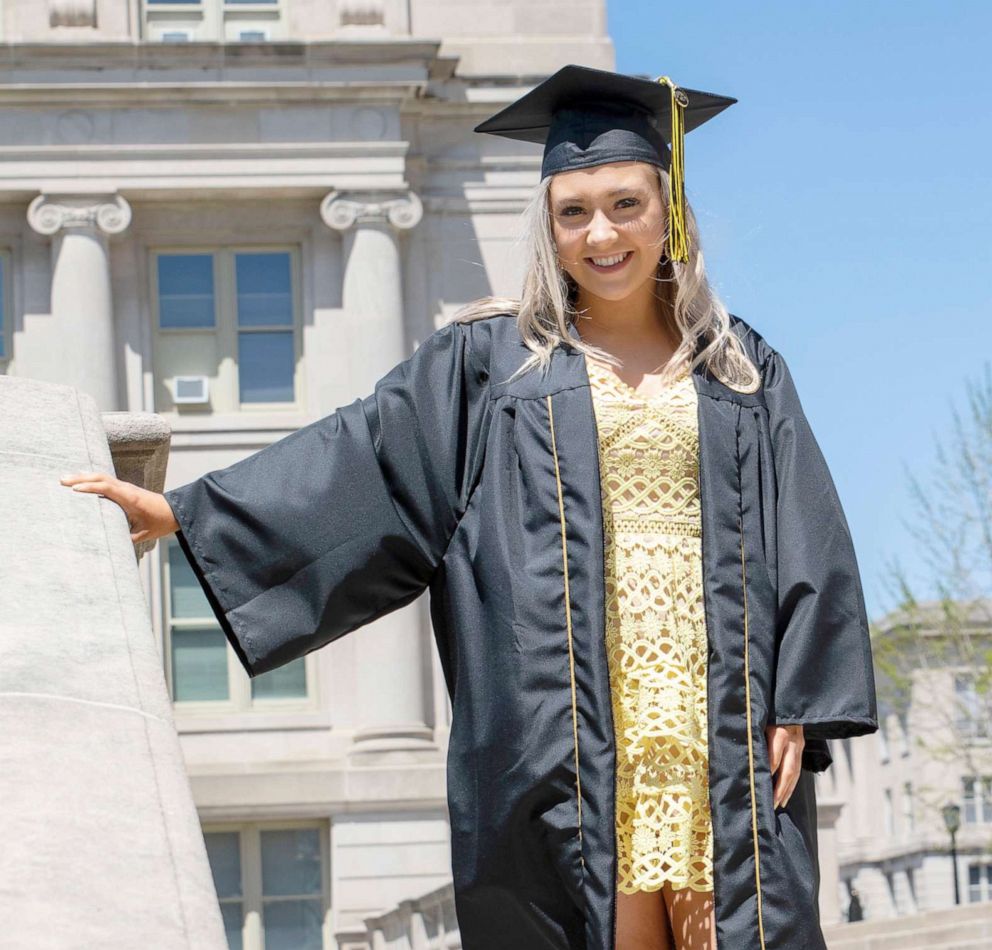 Courtesy of Alexis Gore
Alexis Gore poses in her Iowa State cap and gown in an undated photo.

She's currently looking to enter into the job market by applying for remote digital media internships, though a recent survey conducted by the National Association of Colleges and Employers found 22% of employers have also rescinded internships offers.

A follow-up survey detailed how recent graduates who had received job offers now had delayed start dates. What's more, many in the graduating class of 2020 who expected to enter into a booming economy with numerous employment opportunities instead face a 68% decrease in jobs listings containing “entry level” or “new grad,” according to a report by job and recruiting website Glassdoor, suggesting those jobs are disappearing right now, too.

Doug Webber, an associate professor and director of Graduate Studies in the Economics Department at Temple University, told "GMA" that entering a damaged labor market like the one that exists right now could have long-term negative consequences.

"Graduating in a recession, especially a bad one, is like starting at a lower rung, so even if you get promoted or find new jobs at the same speed as you would have in the parallel universe where the pandemic was handled appropriately, you will always be several rungs below where you could have been,” he said.

Along with a report from the Pew Research Study that found nearly a third of adults said that either they or someone they knew had lost their job and or had hours cut back because of the pandemic, it adds up to a complicated job market for recent graduates.

“You work so hard for something; it was something that was expected to happen,” Gore, who is also looking for openings in Chicago, said. "I have been looking for jobs now, which is hard. I wanted to work in sports, [but] obviously, I can’t do that right now.”

Looking beyond their degrees

Brigette Banser graduated with her master's degree in environmental sustainability with a concentration in municipal sustainability from Indiana University. She completed a yearlong internship at Fine Tune, a business management consultancy, in hopes of getting hired after her internship was over.

“Because of COVID, they don’t have the funding for it right now,” Banser explained, “I have been actively applying to jobs both inside and even outside my field.” 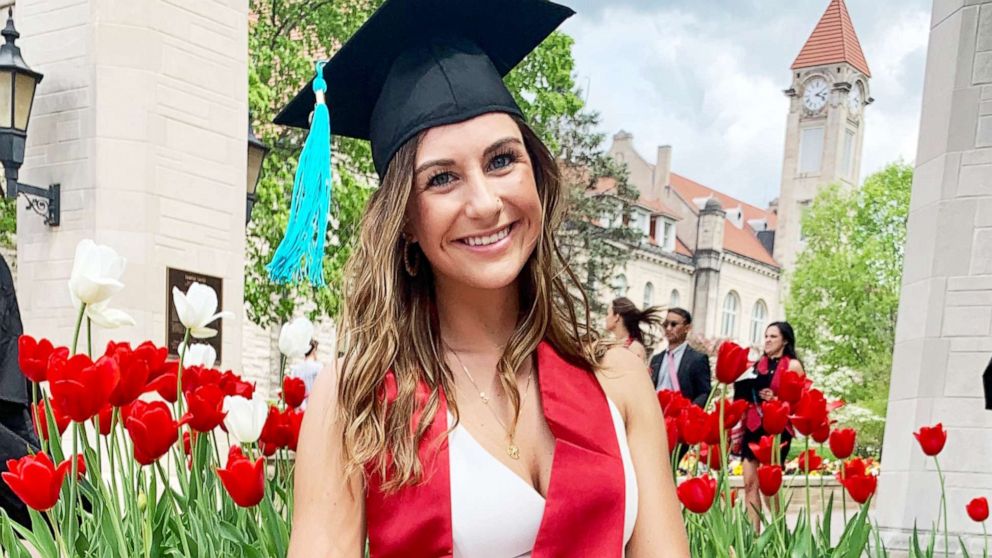 In a joint survey conducted by Wakefield Research and Monster.com, 55% of graduates have said they applied to jobs that were not in their field of study or that they had any experience in, and 52% are willing to take a job in their field and get paid less.

MORE: 'When is my career going to start?' College grads face one of the bleakest job markets in history

“I’ve begun to broaden my horizons rather than looking in a specific city ... I’m starting to feel better about the idea of being somewhere that is not my top choice and moving forward to a better geographic location for myself,” Banser said.

“It's been a roller coaster of emotions trying to get a job,” Marisa Ellis, who recently graduated from Ithaca College in New York, told "GMA." “I was really hoping to have a job secured by graduation. That was the goal but then the pandemic happened.” 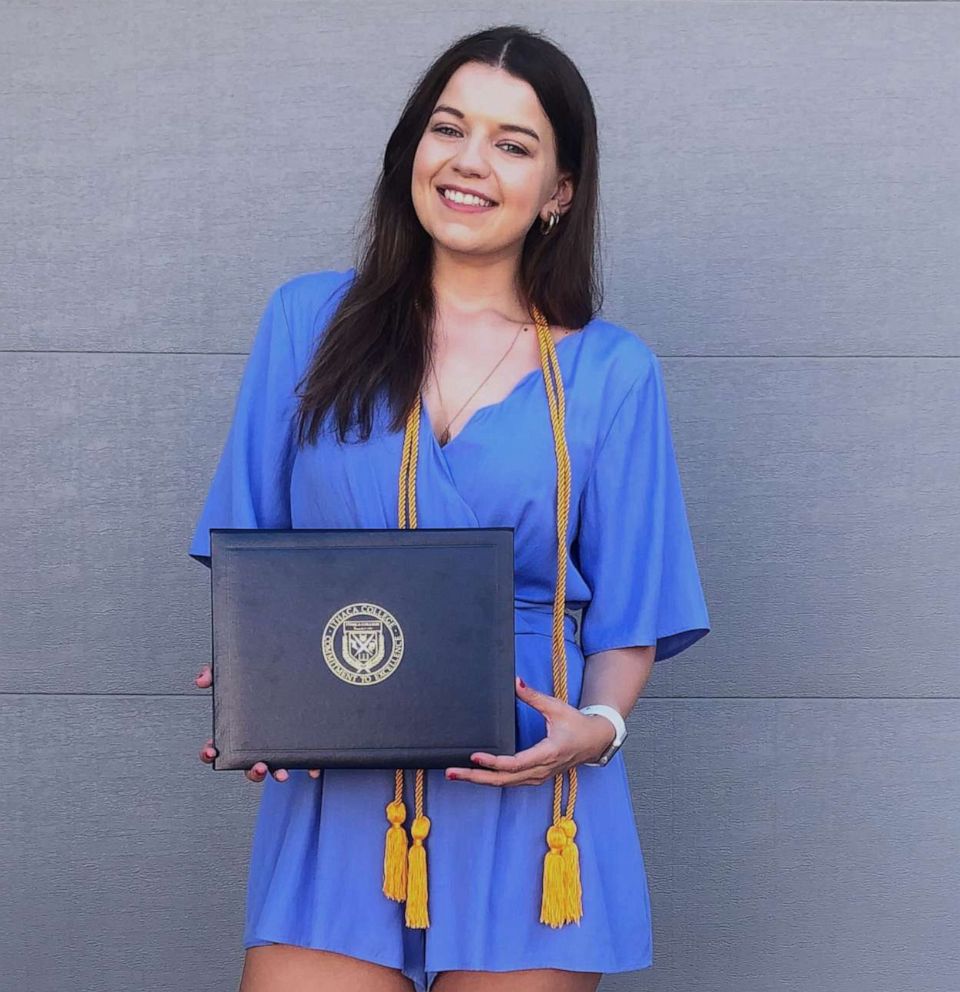 Courtesy of Marissa Ellis
Marissa Ellis poses with her diploma from Ithaca College in an undated photo.

Ellis has worked in news and social media throughout her time in college. She worked for Peredo Entertainment Group and TV station KSNV in Las Vegas in hope of an offer after her time there. She started applying to jobs in March and continues to do, along with spending a few hours a day virtually networking.

In July, the U.S. Department of Labor reported an unemployment rate of 10.2% as the number of unemployed nearly tripled during the first three months of the pandemic, according to the Pew Research Center. Still, Ellis has chosen to remain optimistic.

“Having a positive attitude during this time is crucial," she said. "I need to [have] hope for myself and tell myself I’m not the only one in this situation.”

Kristina Cappuccilli, creative recruiter and career adviser, said that even though companies may be looking for employees with a lot of experience, recent grads still have a chance in this market.

“I would say the advantage they have is they're probably more flexible to take a lower salary or a lower rate than like skilled people who have three to five years of experience,” Cappuccilli said. 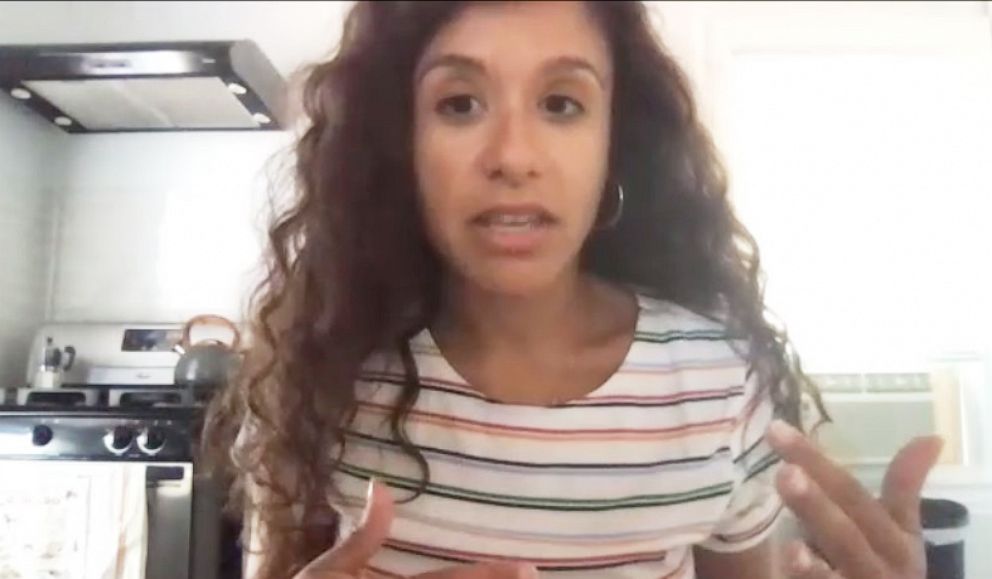 “If [recent grads] are open to applying to part-time positions, freelance positions, contract roles, that is going to open up their chances so much more,” she added.

Continuing to apply to positions is important but using resources like LinkedIn for networking is important for reaching out to people in the industry that you would like to work in.

“Put yourself out there consistently, every single week, it is really important," Cappuccilli explained. "I think networking with former colleagues, former internship managers, maybe professors, reaching out to them and trying to even just get their take on what you want to do.”

“I believe it is still worth getting a degree despite the pandemic," Odette Hidalgo, who recently graduated with a bachelor’s degree in marketing from DePaul University in June, told "GMA." "Getting a degree has always had its sacrifices, no matter the situation." 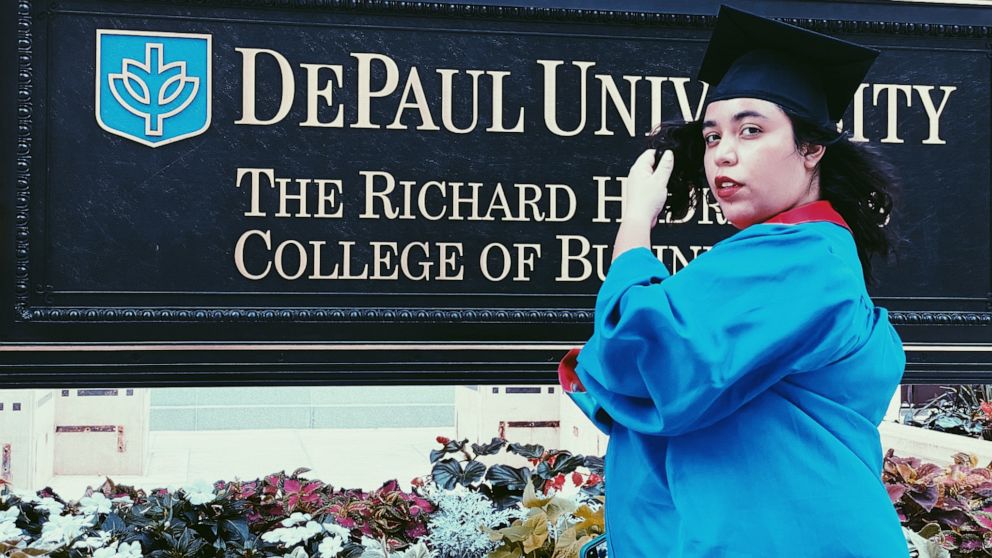 Courtesy Maria Hurtado
Odette Hidalgo, who received her bachelor's degree in marketing from DePaul University, said she was in communication with a Fortune 500 company about a full-time position that fell through due to COVID-19.

Hidalgo, who had internships throughout her undergraduate career for companies such as PepsiCo, the University of Minnesota and Datassential, is currently unemployed and decided to return to school to get a master's in business analytics at DePaul's Kellstadt Graduate School of Business.

“An important effect we would normally see in past recessions is that young adults would pursue higher levels of education. So this may be a positive effect,” Andria Smythe, assistant professor of economics at Howard University, told “GMA,” adding that right now, a college degree may buffer some from the negative effects of the "economic shock."

"What we are seeing during this recession, and this was also true during past recessions, is that individuals with college degrees are less likely to lose their jobs than those with high school degrees," she said. "For example, between February and May, the unemployment rate for workers with a high school degree rose by more than 12 percentage points compared to 5.5 percentage points for those with a bachelor’s degree or higher.”

MORE: Here’s how small businesses threatened by COVID-19 are surviving the pandemic

Webber agreed, noting that, "This recession has hit blue collar/service jobs far harder than it has hit white collar jobs, so holding a college degree right now is even more important than it was a year ago.”

If there is a job offer, sometimes having something is better than having nothing. Even though the job market is tough right now, some grads do not regret getting their degrees and are staying optimistic despite the job market right now.

“The job market will recover and those jobs will be needed," Gore said. "The value of your education can’t be taken away from you long term.”