The Toledo, Ohio, police department has been dishing out ice cream cones and scoops this summer as part of a local community building project called “Cops and Cones.”

Beginning in July -- National Ice Cream Month -- the Toledo police force has been cruising around the city's neighborhoods in a small ice cream truck operated by the department and a few dozen helpful civilians. 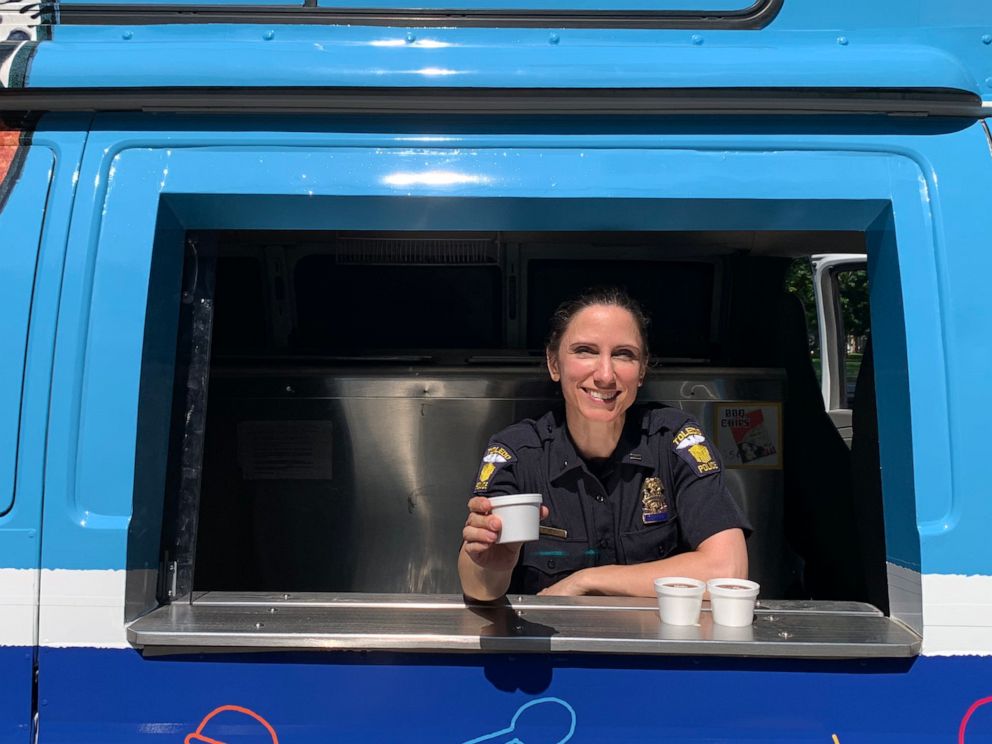 “I was at a training about six years ago discussing community engagement and how another police department had an ice cream truck,” Police Chief George Kral told "Good Morning America," in describing his inspiration for the truck. “I said if I ever become chief, this is something I definitely want to do.”

"This is just another fun way for the kids to see us in a non-law enforcement light and to show that we aren’t just taking people to jail and arresting them and partaking in the negative aspects of the job, but that we are human beings and can be trusted and that they can come speak with us if there is trouble or if they need help,” said Kral, who has been with the department for 29 years and chief since 2015.

“We’re always trying to improve our community engagement and what better way to get people in Toledo to trust the police than giving out free ice cream?”

As part of the initiative to foster positive community engagement, the 640-member department delivers the cold bites once a week to children and teens in nearby towns. Kral said the response has been overwhelming. 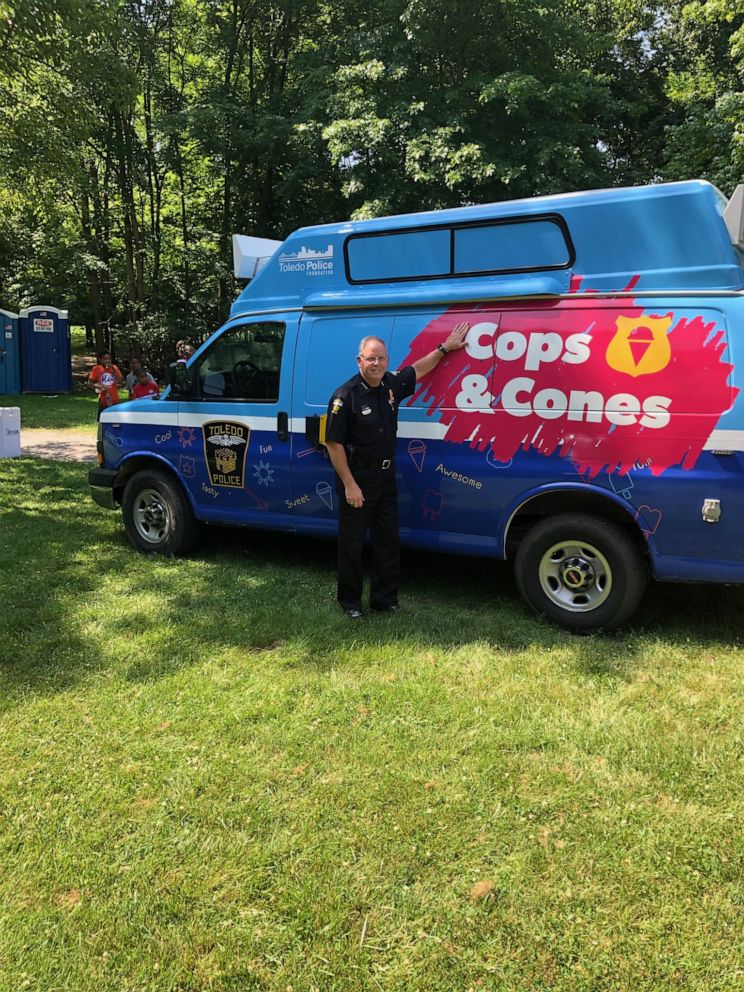 (MORE: 9-year-old battling cancer gets to be NYPD chief officer for a day)

The Toledo Police Foundation and the Toledo Mud Hens minor league baseball team partnere to raise the funds for the project -- just in time for the summer season. With the help of nearly 60 community members and input from local children at Toledo Public schools, the truck was officially named and even sprinkled with colorful artwork by students in the community. 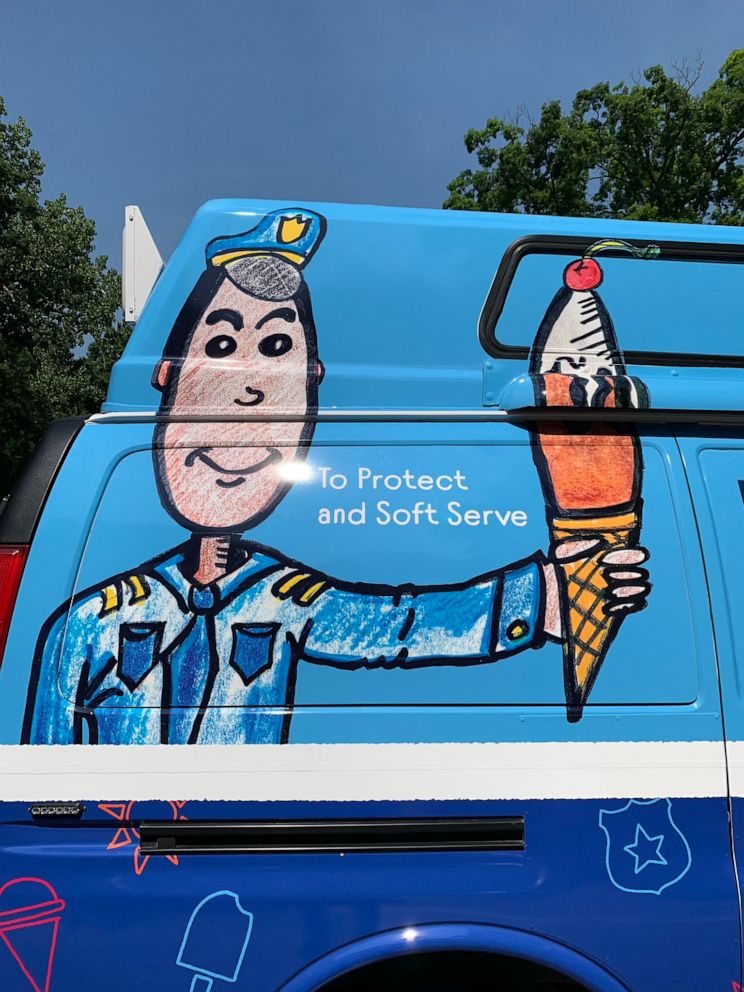 “In the public sector things can go slow, so I’m just happy we were able to get the funding for it and make it a true community project,” he added. 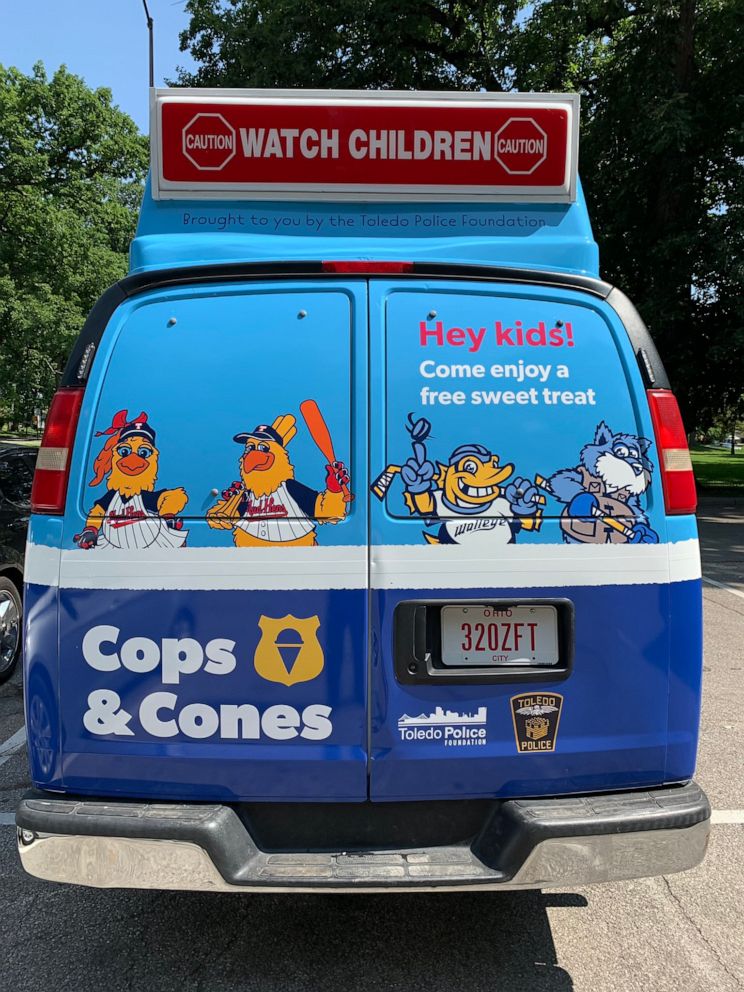 The new truck was unveiled at the annual “Grillin’ and Chillin’” barbecue on July 8 with ice cream, hot dogs, hamburgers, games and even a talent show.

Kral said the truck will try to visit a different neighborhood every week and send out word on social media.

“It’s all about relationships,” Kral added. 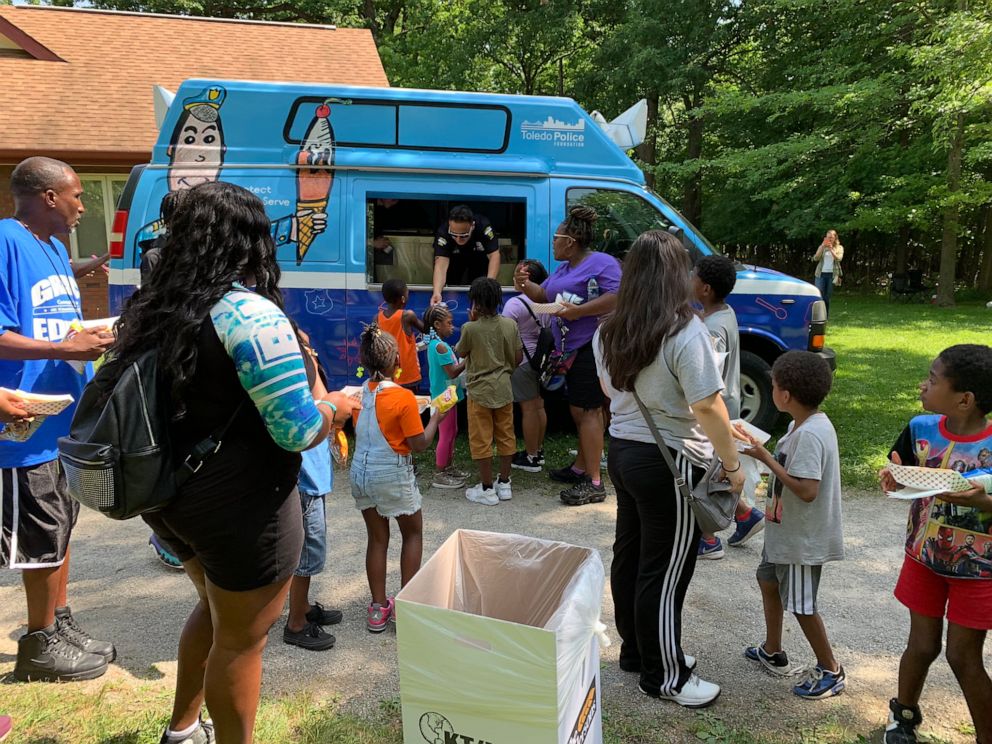