A Tennessee mother of three who was once homeless now gives out care packages to homeless people, and it's all possible thanks to her couponing skills.

Latiaa Stewart, 37, spends the entire year coupon shopping so she can have extra personal care items — like toothpaste, deodorant and toilet paper — to hand out to homeless people each Christmas in the Nashville area, where she lives.

Stewart stores the products in every inch of the home that she shares with her husband and children. The family has made it a holiday tradition to assemble the products in festive Christmas bags and distribute the care packages to people on the street. 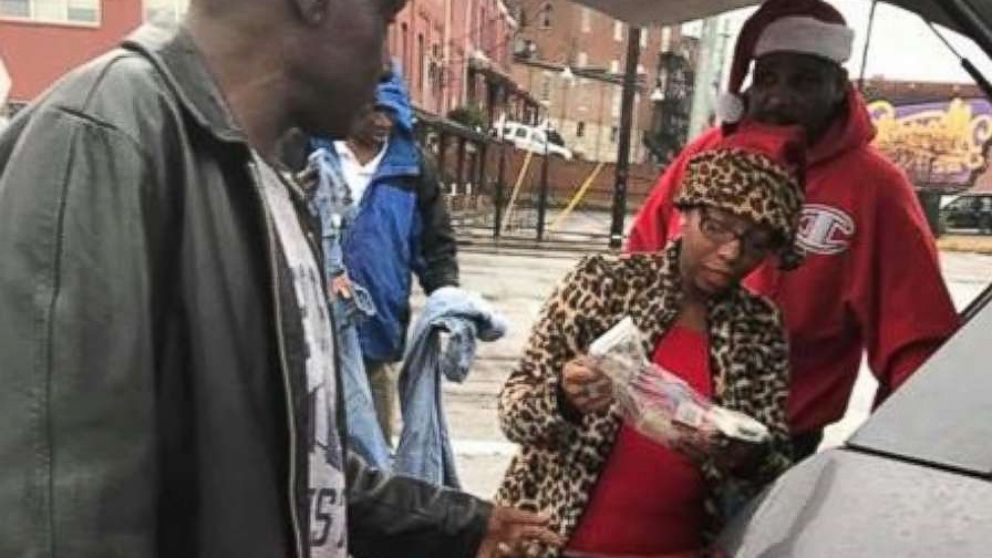 Courtesy Latiaa Stewart
Latiaa Stewart and her husband, behind her, hand out care packages near Nashville, Tennessee.

“I was homeless as a child myself and I remember going from shelter to shelter and sleeping in the car with my dad one night,” Stewart said. “I have to show my kids that even when you get on your feet in life, you don’t turn your back on the people who are still in need.”

(MORE: Man who was photographed eating with a stranger hopes to have breakfast with her more often: 'I want to reach out to her as much as I can')

Stewart, a drug and alcohol therapist, started couponing nearly five years ago out of a need to save money while raising three young children. 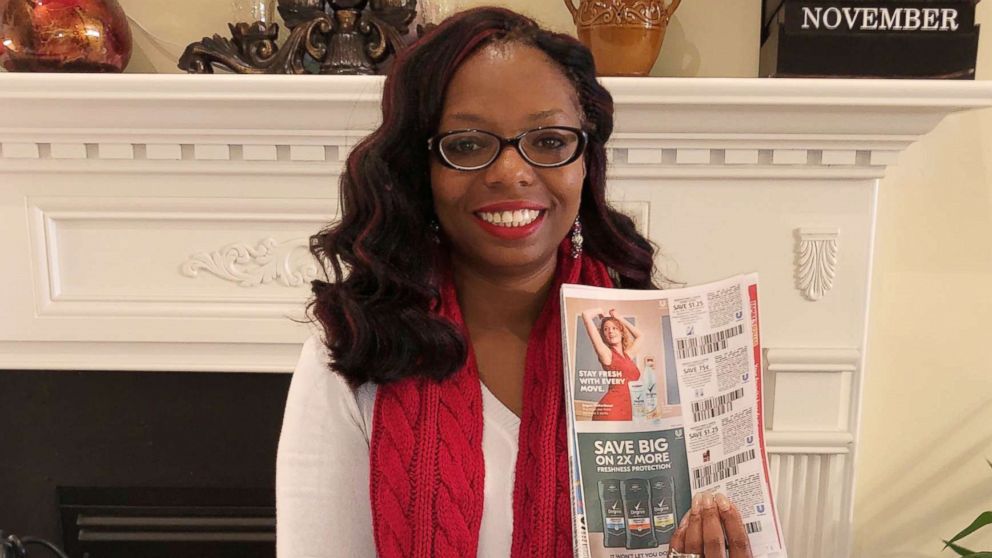 Inspired by the TV show “Extreme Couponing,” Stewart watched YouTube videos and joined Facebook groups to learn to coupon, and started buying multiple newspapers on Sundays in order to get as many coupons as possible. 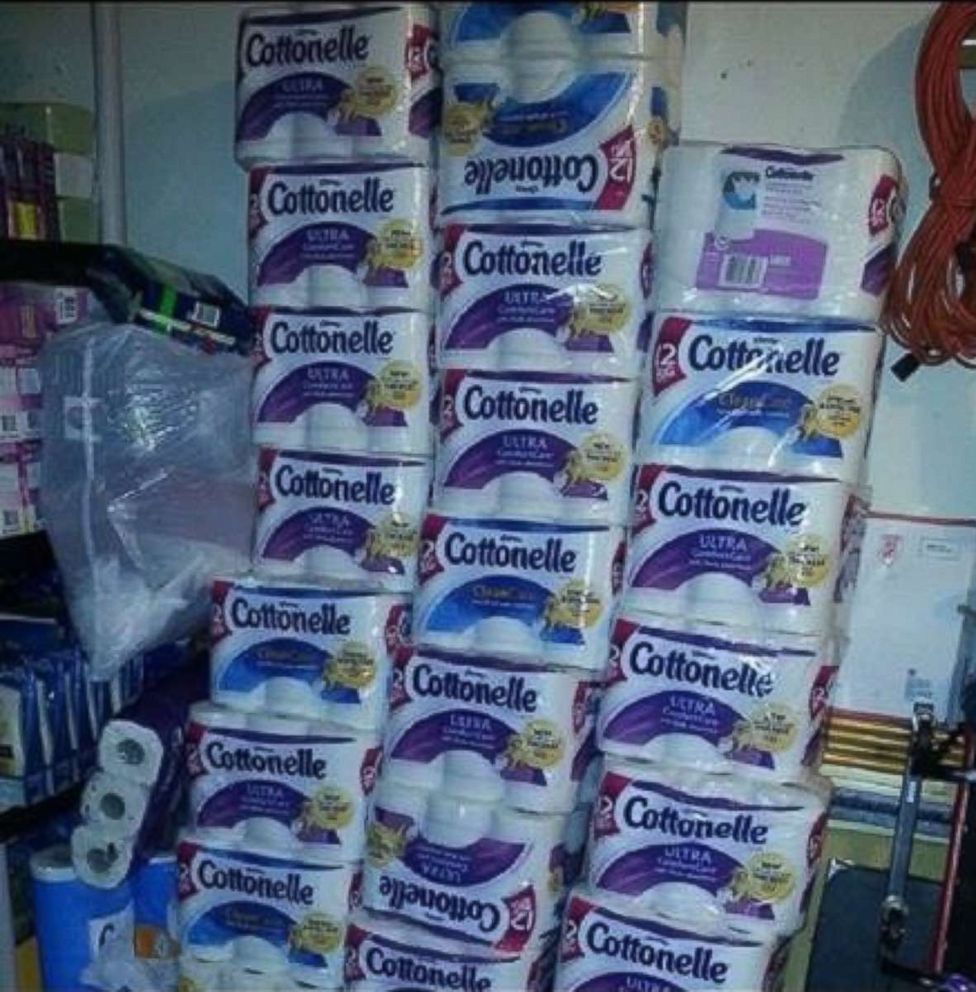 "It really was overwhelming because the last house she was in was small," said Jovan Kearse, 37, Stewart's best friend since college. "They couldn’t even park their car in the garage."

Stewart said she wanted to give the items to homeless individuals who may not be willing, or able, to go to homeless shelters but still need help. She decided to hand out the bags around Christmas because she remembered the sadness of not receiving Christmas gifts every year as a child.

Why this Philadelphia high school is only for foster children

"One man said to me, ‘I’ve never had a Christmas gift,'" Stewart recalled. "Their faces just light up."

Stewart and her family distributed 93 bags the first year and hope to hand out more than 200 bags this year. Friends and strangers alike have also begun donating items, like blankets, coats and scarves, for Stewart to hand out as well. 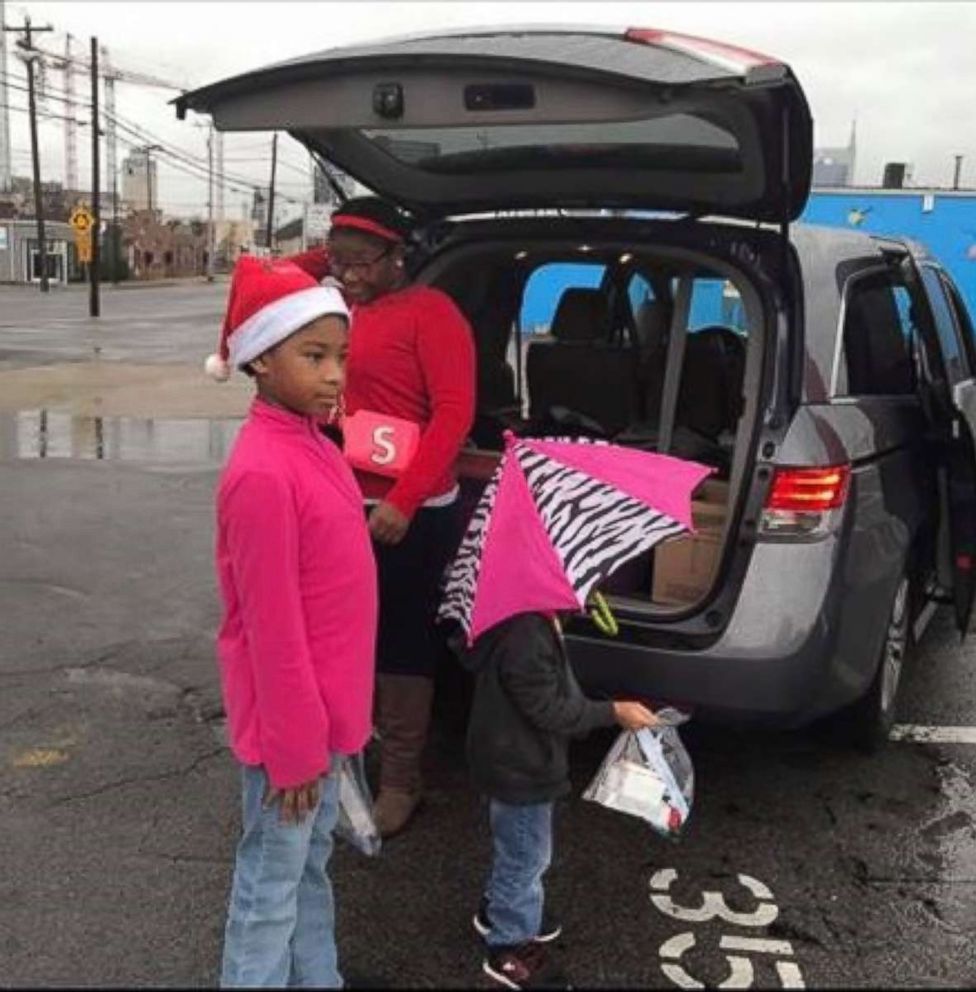 Friends like Kearse also help by giving Stewart coupons so she can keep buying products.

"It definitely does not surprise me that she gives," Kearse said of her best friend's efforts to help others. "She’s always been a giver, even when she didn’t necessarily have the money."

Stewart said she spends around two hours collecting and organizing coupons and around three hours in the store shopping with them each week.

Last year was the only year since 2013 that Stewart did not hand out care packages because her family moved during the holiday season.

But she also recalled that the first thing she said when she walked into their larger new home: "I have so much space to receive donations for the homeless." 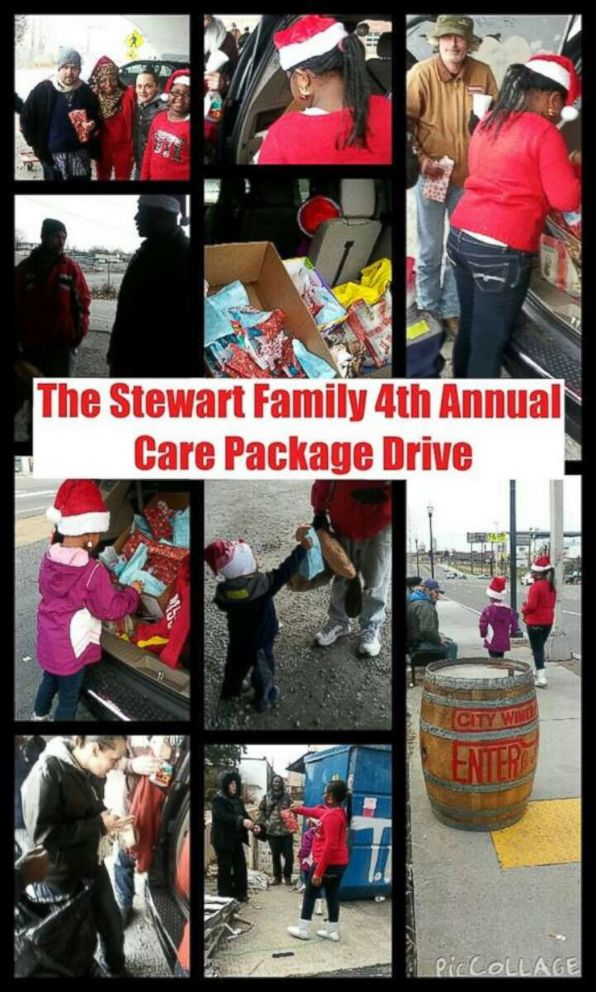