Amid the coronavirus pandemic, with so many people confined to their homes, homeowners in Texas have taken their front yard Halloween display to the next level.

The front yard of Michelle Forshee and Sammie Deleon's home in College Station is decorated with skeletons who have been on a different adventure every day in October.

"We always pretty much go out in full force as much as we can for Halloween, but this year with COVID, we talked about things we're going to change a bit," Deleon told "Good Morning America." "We weren’t sure if trick-or-treaters were going to come so we thought we would just decorate every day and try to bring some smiles to people’s faces." 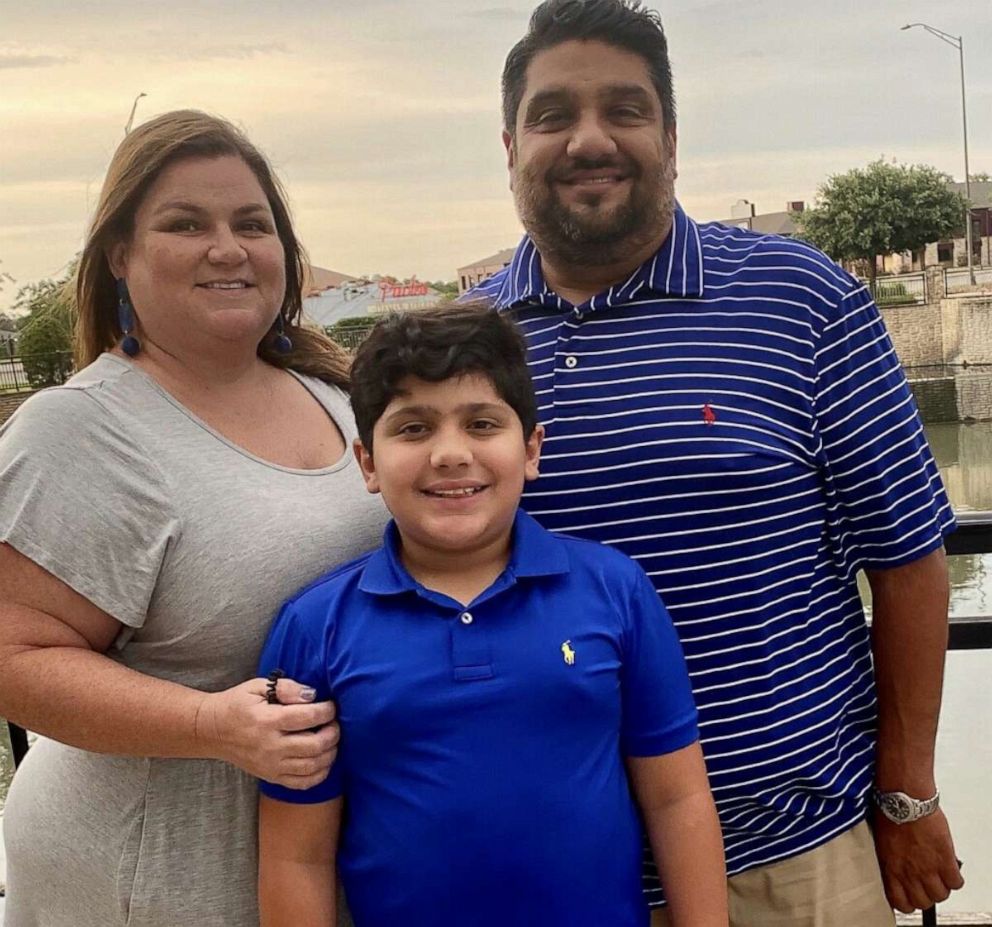 Deleon and Forshee, and their 10-year-old son Cash, already had the skeletons in their garage from past Halloweens. In late September, the family gathered items from around their house and garage, and mapped out 31 days of activities for the skeletons, whom they named the Los Muertos.

"It sounds weird, but we had a lot of the stuff laying around and we only had to buy a couple of items," said Forshee, an avid garage and estate sale shopper. "We have these old wooden vintage theater seats and I was always like, ‘What are we going to do with those?’ and we’ve used them in a lot of the scenes."

Once people saw the displays in the family's front yard, they started offering to donate items, too, such as their hairstylist who contributed items for the skeletons' “doom and groom salon."

Deleon and Forshee say the skeleton decorations have provided some fun in 2020 and also some distraction for not having a typical Halloween. They have also provided a chance for conversations with their son Cash on topics such as voting and COVID-19.

"The voting scene opened a great discussion with Cash about when to vote, age, the importance of voting and the scene of COVID testing opened the conversation about COVID as well," said Deleon. "We also did a tree-trimming scene one time and that opened a discussion about weekly chores."

The family has made sure to change the scene each day in time for morning commuters and school kids to get the first look.

MORE: 8-year-old with muscular dystrophy surprised with Halloween costume to fit his wheelchair

Neighbors are also planning their jogging routes around the house and cars are streaming by at night to get a look, according to Deleon.

"People are laughing and that’s been the greatest reward we have," he said, adding the family has received requests from neighbors to do an outdoor Elf on the Shelf in December. "Everyone is just saying thank you, thank you."

Editor's Note: This story was originally published on October 30, 2020.