A dad in Ohio took playing in the snow to the next level to make the classic childhood experience accessible for all of his kids, including two who use wheelchairs.

Gregg Eichhorn of Cincinnati spent five hours Sunday building a wheelchair-accessible igloo so his daughter Zahara, 19, and son, Elijah, 9, could both wheel through it.

"The kids and I were discussing while we were throwing snow around that we should make something handicap accessible so Zahara and Elijah could use it," Eichhorn, 34, told "Good Morning America." "The kids jumped in and helped for a couple of minutes here and there as we built it." 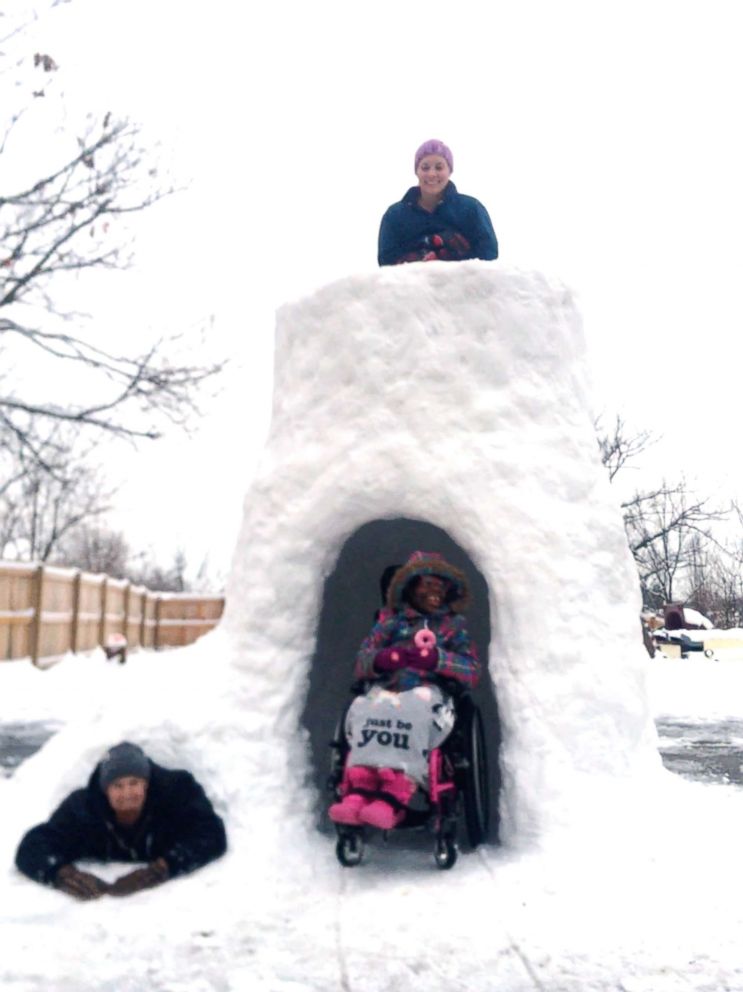 Eichhorn and his wife, Katie, have adopted eight children and are soon to adopt a ninth. All of the kids have special needs.

"We want to show much joy these kids have brought to our lives," said Eichhorn, adding that the hours he spent building the fort were worth it because of the kids' amazed reactions. 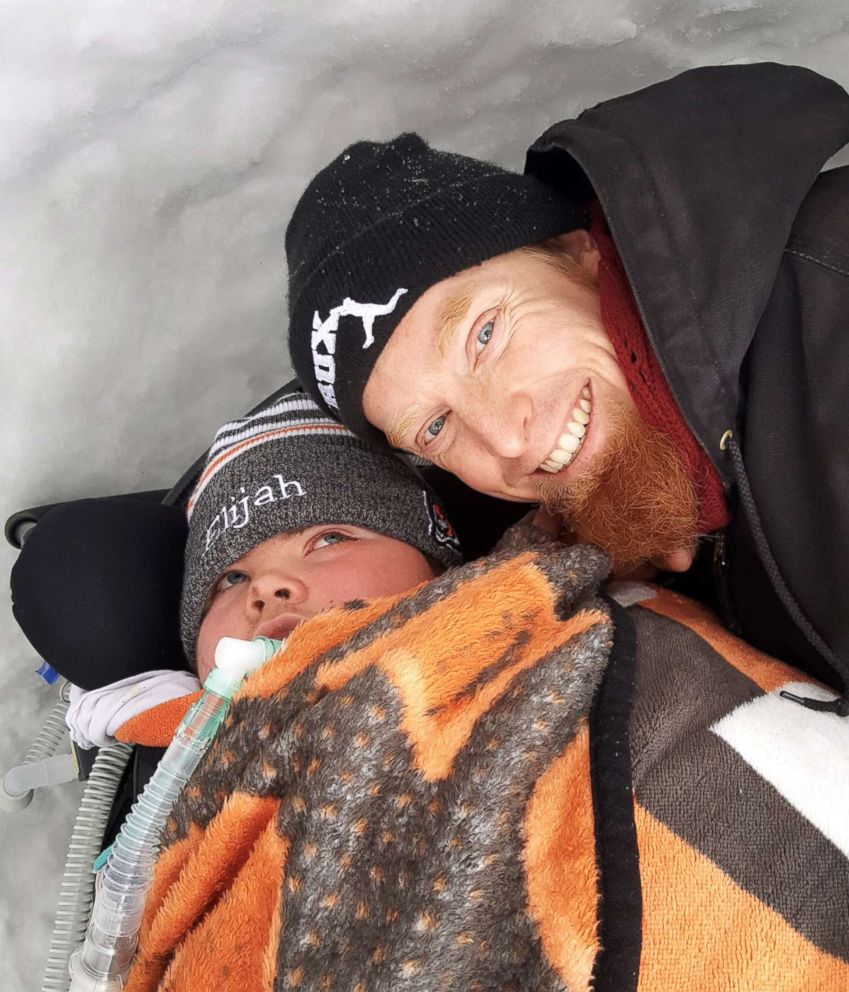 Zahara, who was adopted from Uganda when she was 13, has cerebral palsy, according to Eichhorn.

"Zahara lights up with any attention, so she was excited to go outside and have people out there with her," he said. 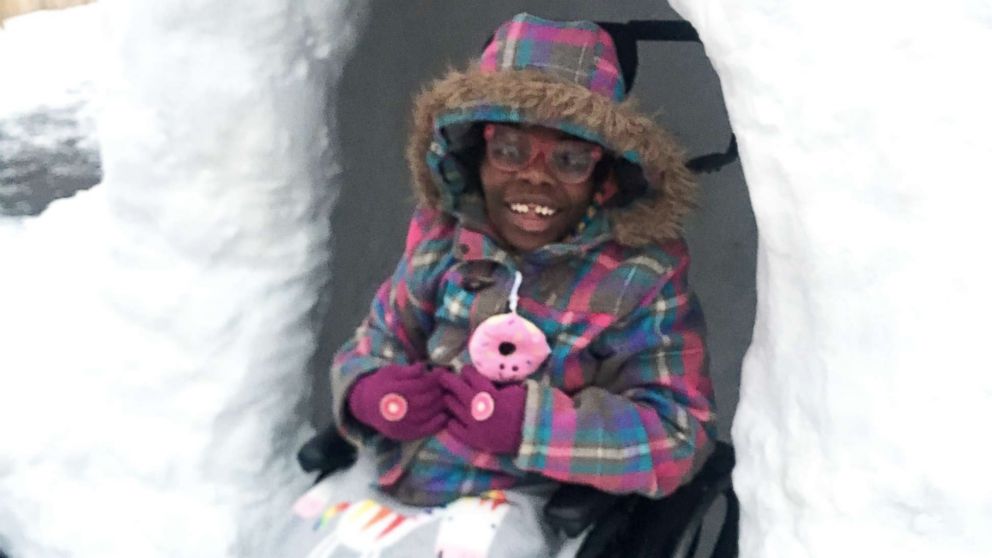 Dan Thoms
Zahara Eichhorn, of Ohio, poses in a snow fort built in her family's backyard.

Elijah is also in a wheelchair and has cortical visual impairment, which interferes with communication with his brain and eyes, explained Eichhorn.

"When he went in the fort, his eyes opened instantly and you could see he was processing what was going on as he was surrounded by white," Eichhorn said. "It was very special to see him process that." 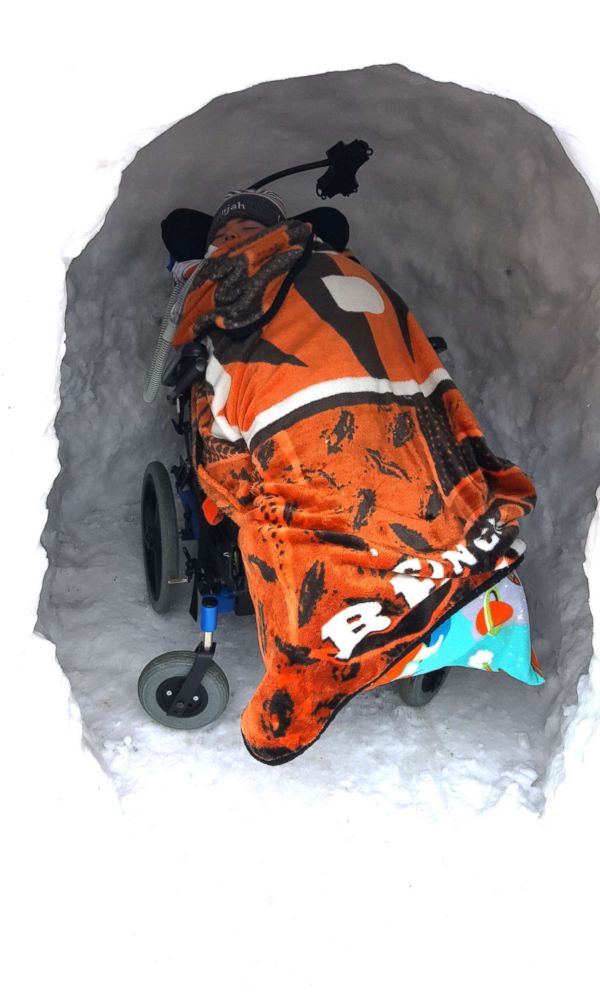 Gregg Eichhorn
Elijah Eichhorn, of Ohio, poses in a snow fort built in his family's backyard

Eichhorn and his kids eventually added a slide to the igloo, which is still in the family’s backyard. The igloo went viral when Eicchorn's friend posted pictures of it on Reddit.

"Zahara and Elijah have both been back in it since Sunday," said Eichhorn. 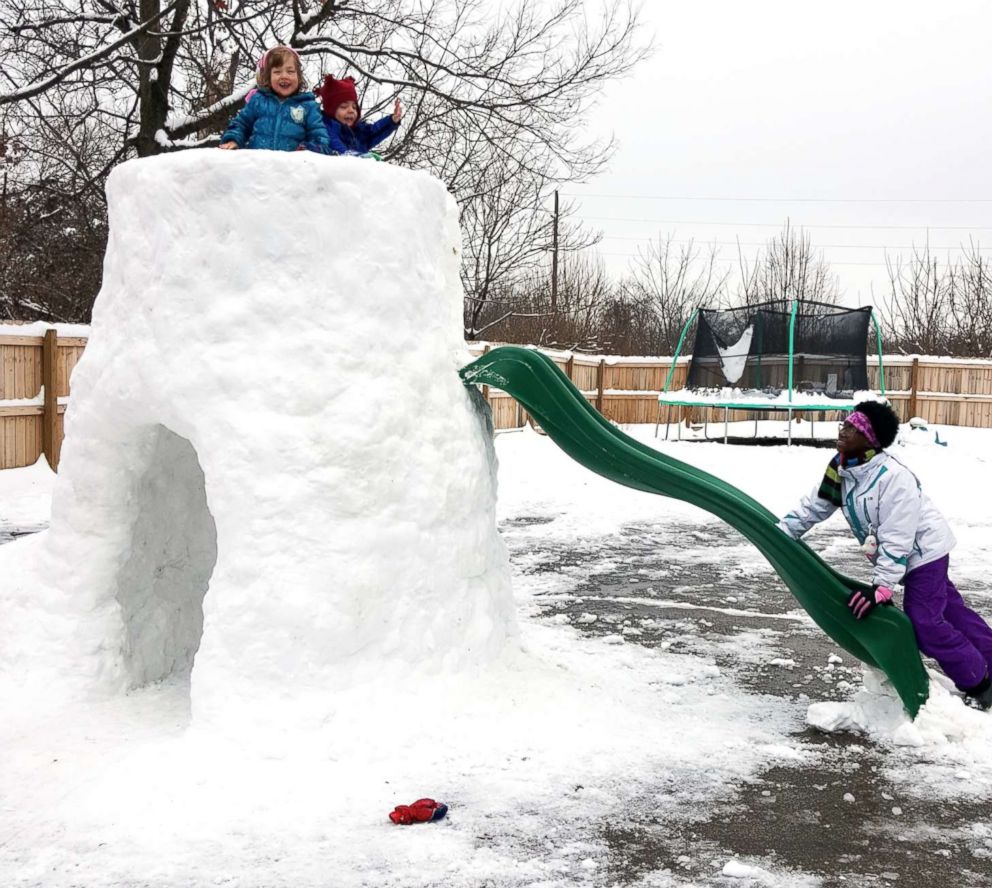