Meet Sylar, the adorable border collie who lives in his very own dog mansion in Beijing, China.

Sylar's owner, Zhou Tianxiao, 31, turned an abandoned warehouse into a doggie dream house with everything from air-conditioned rooms to an indoor pool to a giant backyard for Sylar and his furry friends to run around in. There are even murals of Sylar painted on the walls throughout the house. 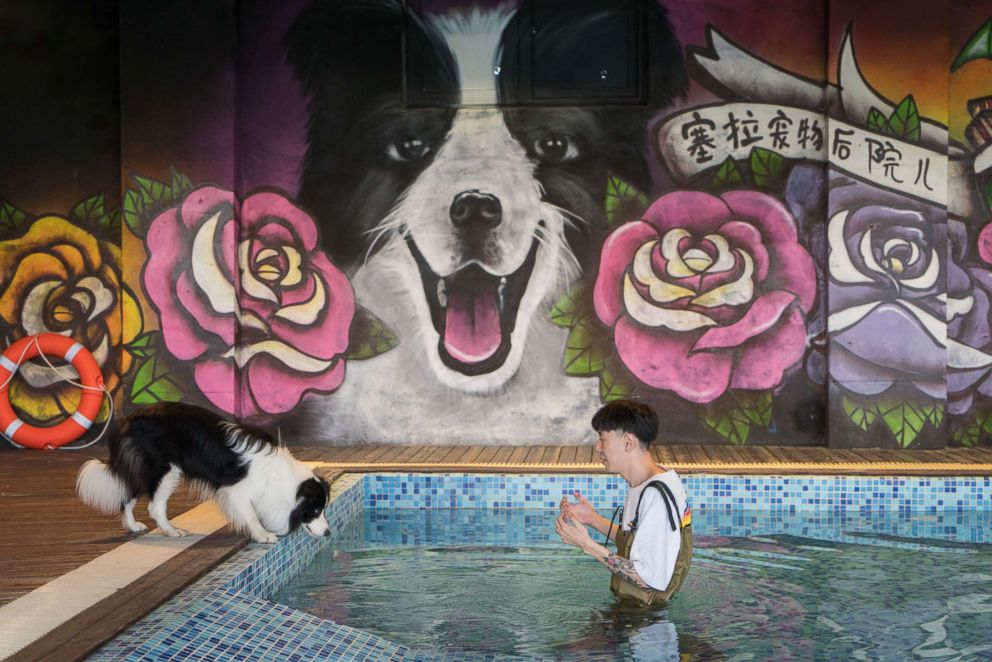 Tianxiao told "GMA" that he built this home for Sylar because the dog turned his entire life around.

“Before I had Sylar, my life was a mess,” Tianxiao said. "My parents divorced, and I was living with my grandmother since I was little. I dropped out of school at age 15. I had no family bond, so I just played video games all the time to hide from the real world...until I found Sylar. He gave me hope.” 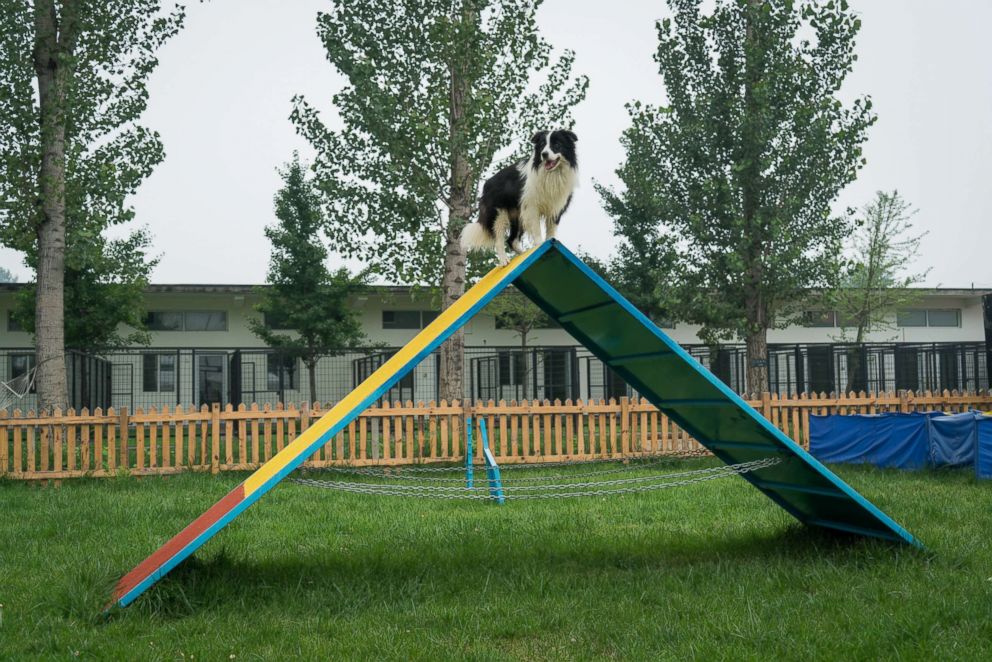 Washington Post/Getty Images
Sylar stands on top of an A-frame in the training field in Beijing, China on July 18, 2018.

It immediately became Tianxiao’s mission to give Sylar the best life possible. He invested his time into researching how to train his dog and how to communicate with him. He used his phone to film his dog doing adorable tricks to pop music, posting them to a video site called Meipai, the Chinese version of YouTube. People shared his videos online and soon they had millions of views.

"We would train under a bridge everyday and there were about a dozen people watching us,” Tianxiao said. “The crowd got bigger and people continued to watch us train. I felt so good at that moment and I started to record our lives, so the people who like us can watch us on the internet without leaving their homes." 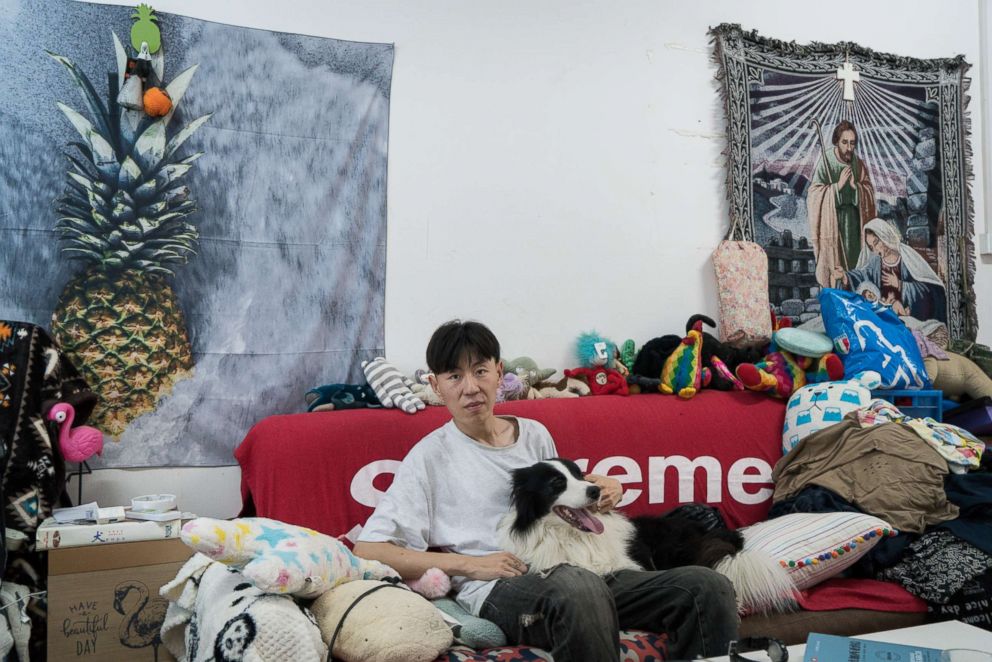 Washington Post/Getty Images
Zhou Tianxiao, 31, sits in the couch in his bedroom posing with his dog, Sylar, a four-year-and-half-old shepherd, in Beijing, July 18, 2018.
Editor's Picks

Sylar quickly became internet famous, gaining over 750,000 followers. Tianxiao's videos also started to get a lot of attention from dog owners, who reached out to him for advice on dog training.

This inspired Tianxiao to open an online store on China's popular online shopping platform, Taobao, where he sells dog toys, food and other pet essentials.

"Other dog owners thank me for making a difference with their pets,” Tianxiao shared.

The immediate success of the store helped him afford his mansion in the countryside with Sylar.

Now, they live happily together in what Tianxiao calls his "paradise" where their friends and fans come to relax and play.

"Sylar changed my life, he is like a gift from God,” Tianxiao said. “I hope more people can read my story and find their bond with a dog.”