When Sarah Hutchinson, mom of a 5-year-old son, saw her $300 child tax credit payment deposited into her bank account Wednesday, she said she felt a sense of both relief and fear.

Hutchinson said she was thankful for the payment, which, as a single mom, she uses to pay for her son's child care, but she also knew it could be the last one she receives under the child tax credit expansion, which went into effect in July after Congress passed President Joe Biden's $1.9 trillion American Rescue Plan in March.

The program is set to expire on Dec. 31, meaning the monthly payments that Hutchinson and millions of other parents across the country received on Wednesday will be their last unless Congress votes to renew the program.

"I'm not looking forward to January," said Hutchinson, 45, a librarian in Fredericksburg, Virginia, who is also facing more than $120,000 in student loan debt and thousands of dollars in medical bills accrued by her husband, who died in August. "I'm not sure how I'm going to work it out financially, but I'll cross that bridge when I get there." 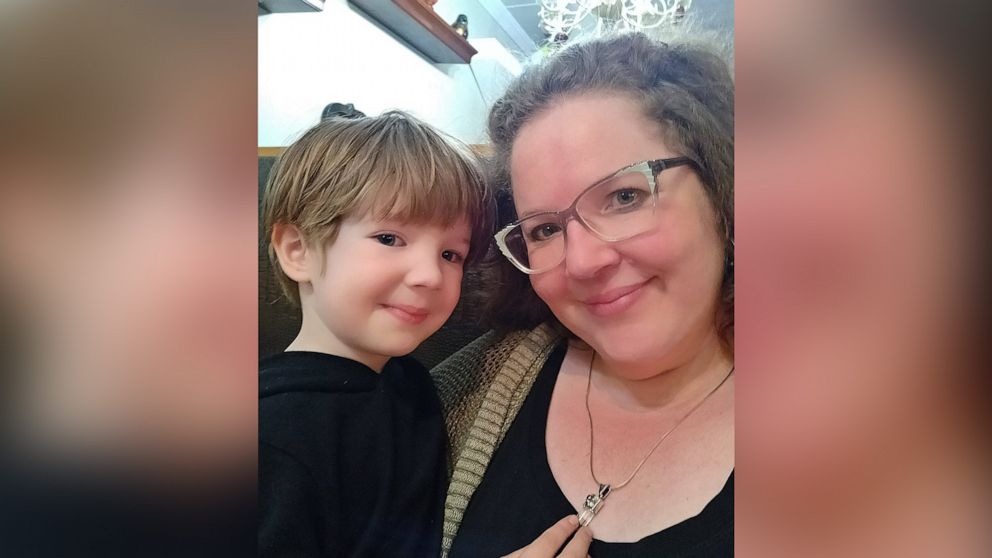 Since July, around 35 million families each month have received the enhanced tax credit of up to $300 for each child under age 6 and up to $250 for each child ages 6 to 17, according to the Internal Revenue Service.

The families have primarily spent the money on kids' school and child care expenses and essentials like food, rent, mortgage and utilities, according to the U.S. Census Bureau.

Losing that extra financial aid would put nearly 10 million children at risk of falling back into poverty, according to a recent analysis from the Center on Budget and Policy Priorities, a research and policy institute focused on reducing poverty.

That is the worry that keeps Torie Miesko, a single mom of two sons, up at night.

"I'm afraid," said Miesko, 28, of Swissvale, Pennsylvania. "I'm trying to keep my sons out of poverty."

Torie Miesko
Torie Miesko, of Swissvale, Pennsylvania, poses with her grandmother and two sons, ages 3 and 1, in this family photo.

Miesko works full time as an office administrator for a medical clinic while raising her two sons, ages 3 and 18 months. She said the $600 per month she has received since July helps her pay some of her rent and leftover bills and helps to cover her car insurance, which is necessary so that she can get to work.

"It has changed my life," she said of the monthly child tax credit payments. "I have a little bit of a better job but still everything costs so much money and [the $600 monthly payment] is almost a whole other paycheck."

MORE: 6 things to know about the enhanced child tax credit, according to a tax expert

Miesko shared her plea that the monthly payments continue with several U.S. senators this week on a Zoom call organized by MomsRising, an advocacy organization founded by moms.

The fate of extending the child tax credit expansion in 2022 lies with the Senate, which has yet to vote on the Build Back Better Act, legislation that passed the House of Representatives in November and includes a one-year extension of the monthly payments.

Miesko said she told senators she hopes the Senate stops "messing around" with the financial well-being of parents and passes the legislation.

"I really hope that they take it seriously and know that this really does impact everyday Americans greatly," she said. "It's sad how much regular Americans have to struggle and now they want to give [the monthly payments] for a couple of months and then take it back." 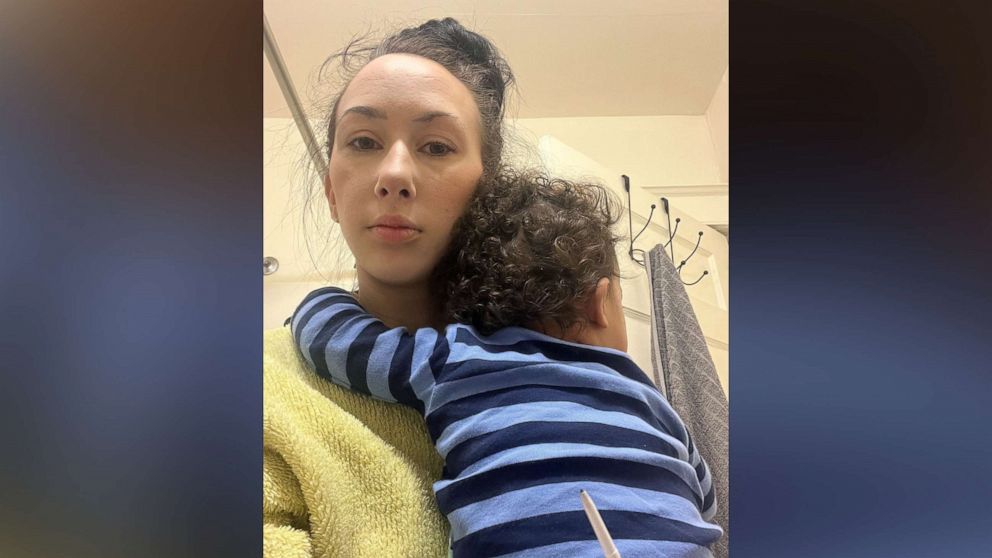 Democratic leaders in Congress had hoped to pass the Build Back Better Act by Senate Majority Leader Chuck Schumer’s self-imposed Christmas deadline, a timeline the White House said it supported. But that goal is slipping away, in large part due to the objections of Sen. Joe Manchin, D-W.Va.

The House-passed $1.75 trillion bill extends the monthly child tax credit for one year, through 2022, but Manchin has always said he objects to programs in the 10-year legislation that last for a shorter period of time, under the concern that those programs, like the enhanced child tax credit, could be made permanent and thereby more costly.

"Manchin has been clear that he wants the bill to stay at $1.75 trillion," a source familiar with the matter told ABC News. "[Manchin] isn't explicitly telling Biden to remove any specific policy, but he has made clear that expensive provisions are not going to fit to keep the bill at $1.75 trillion."

A White House spokesperson said Wednesday they want the bill passed "as soon as possible."

"It's our longstanding rule not to discuss the specifics of private discussions with lawmakers, but the president and Sen. Manchin have had productive and friendly conversations," deputy press secretary Andrew Bates told ABC News. "The president wants to pass Build Back Better as soon as possible so that it can cut the biggest costs families face, get more Americans into the workforce, reduce the deficit and fight inflation for the long haul."

If lawmakers do not extend the program ahead of the Dec. 31 deadline, the advance child tax credit payment that parents have been receiving for the past six months would stop. At tax filing time, parents would still receive the remaining half of the credit they are eligible for that wasn't paid out in advance, according to Erica York, an economist with Tax Foundation's Center for Federal Tax Policy.

"If lawmakers don't ever extend the expansion, the child tax credit for 2022 would revert to its current law levels, a maximum credit of $2,000 per child under age 17 that phases in with earned income for lower-income households and that is largely received at tax-filing time, rather than through advance payments from the IRS," said York. "This could mean many parents would go from receiving a very large child tax credit, to a slimmed down version, or even zero."

Family policy experts say the potential lost income would devastate many families at a time when inflation concerns are mounting and the coronavirus pandemic is still ongoing.

Losing the monthly child tax credit payments would also impact the families that need it most, including families of color and households led by mothers, according to Amber Wallin, deputy director of New Mexico Voices for Children, a research and advocacy organization focused on improving the lives of children in New Mexico, which has one of the country's highest child poverty rates.

"Data shows these types of programs disproportionately benefit families that are headed by mothers, and that's really important right now because the data also shows that mothers have really disproportionately been harmed by the economic impacts of the pandemic," said Wallin. "Mothers more than fathers have lost wages, have decreased work hours and have exited the labor force since the pandemic began, especially mothers of young children."