When the Tokyo 2020 Olympic Games were officially postponed due to the coronavirus, this North Carolina family organized their own Olympic-inspired games -- quarantine style.

The Presley family of Cornelius, North Carolina, created a series of creative family games like "Toilet Paper Dodgeball" and "The Straw Challenge" and dubbed it the "Quarantine Olympics." Their homestyle games have over 36 million views on TikTok since they began posting on April 2.

Day 2 of the Quarantine Olympics. Tag a friend who will always pick up ##phonecallchallenge ##quarantineolympics

MORE: Grandma sings 'Happy Birthday' to herself amid coronavirus quarantine

Alex Presley, 25, who is the games' "commissioner," said the family usually plays board games together but decided to take it up a notch. 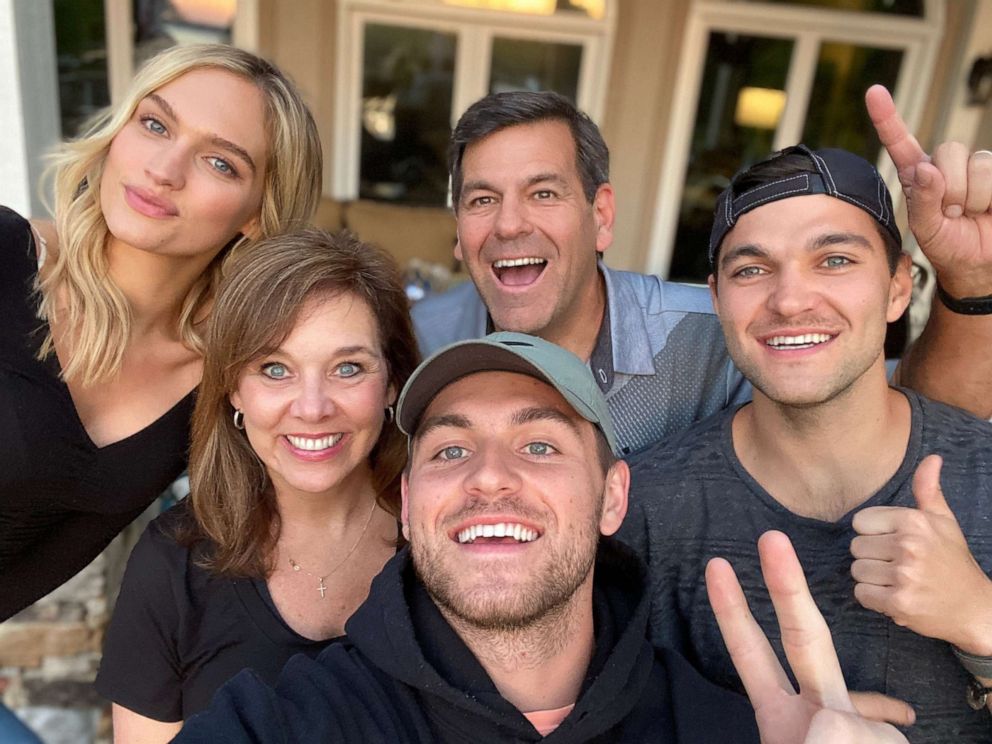 Courtesy of Alex Presley
Alex Presley pictured with his twin brother, Zach, his mother, Wendy, his father, Lee, and his girlfriend, Taylor, participate in the 'Quarantine Olympics' on TikTok in Cornelius, North Carolina.

"It started because we usually play some sort of board game or card game after dinner, but we got tired of all the basic games. So we decided to change it up a bit," he said, adding they'd been playing for two weeks straight. "We have just been filming and thinking of crazy challenges every day… This is kind of how our family normally is, but we just have a platform like TikTok to share it now."

The family is all in -- from Alex's parents, Lee, 58, and Wendy, 55, to his twin brother, Zach, 25, and girlfriend, Taylor Sharpe, 21. (They're missing one family member, Taylor Presley, 27, who is self-isolating in Atlanta, Georgia, with her husband.)

So far, the family says their favorite events have been Toilet Paper Dodgeball or the Cash Drop Challenge, which includes trying to grab dollar bills in the air while a fan is blowing.

"I'd never laughed so hard in my life," said Wendy Presley. "We weren't looking [to go viral], we just keep making the videos because everybody's seriously so bored at home. ... It's great to see people copying some of these challenges and having fun." 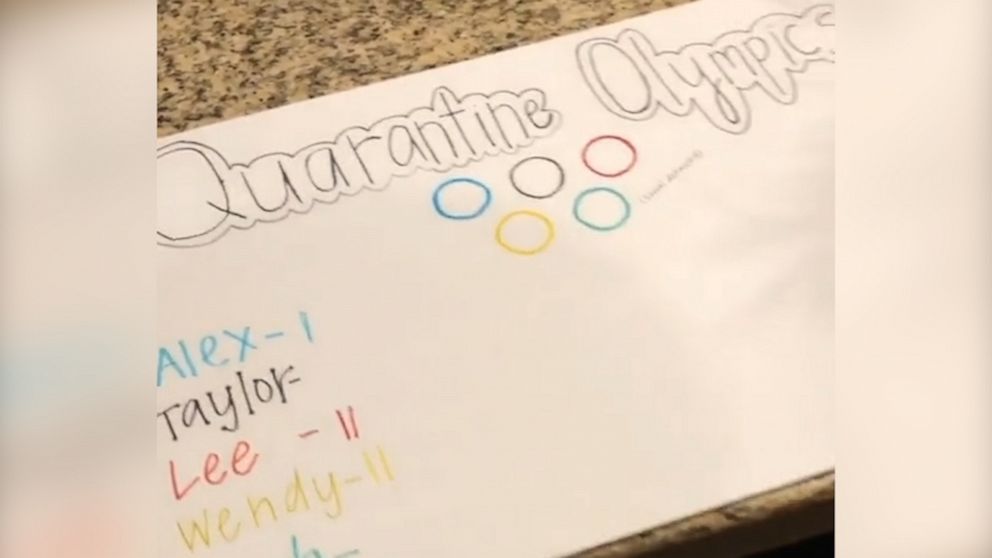 ABCNews.com
VIDEO: This family deserves a gold medal for their Quarantine Olympics

The Presley family said their videos have inspired other families to join in on the fun and recreate their own Quarantine Olympic challenges.

"There's a lot of people watching who are doing their own Quarantine Olympics with their family," said Zach Presley. "I love watching them and seeing that they're getting closer with their family. It's pretty cool we're helping other people, bond with the people they're quarantine with."

For those who want to start their own family games, the Presleys suggest one tip: Keep It Simple.

MORE: This guy tried dating by drone while social distancing during coronavirus

Day 13 of the Quarantine Olympics we decide to do a Pea Race! Stay tuned for a live challenge tomorrow at 2pm. ##pearace ##quarantineolympics

"We're all pretty competitive, but it's not all about winning. We're just having fun with the family. The big point is just try to make it fun for everyone involved," added Zach Presley.

"We've always been a real close family, but it just seems like it's gotten us a little bit closer," said Lee Presley.