"GMA" has met the creators behind some unique methods to pay down debt. Thanks to the processes they shared, they've managed to eliminate as much as $215,000 in a few short years.

While their original tips can help you get closer to a debt-free life, they have even more advice on how to crunch numbers, frame your mindset and even save money while tackling your goals in 2022 and beyond. 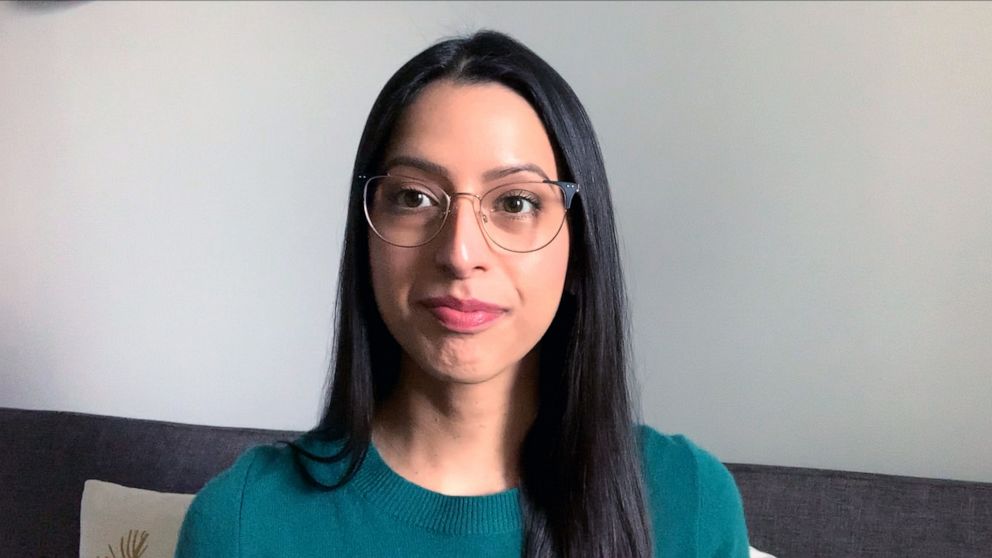 When Cindy Zuniga graduated from law school with $215,000 in debt, she had to work smarter to pay down the large loan, especially after putting $20,000 toward interest during the first year of repayment.

"It's important to know the exact interest rate for each of your debts," Zuniga said. "Second, understand the impact of compound interest, [which] works against you when you're paying off debt."

Her Zero-Based Budget plan eventually led to paying off the debt in four years. If possible, she suggests preemptively planning for unforeseen financial challenges.

MORE: A zero based budget helped this woman pay off $215k worth of student loan debt in 4 years

"The first priority that I recommend -- even over additional debt payments -- is to build your emergency fund," Zuniga said. "Nothing is guaranteed during these times, so we must take steps to protect ourselves from pay cuts, job loss or a health emergency."

To complement the Zero-Based Budget, each of her additional tips can be incorporated into your monthly budget. "Your budget is your 'money plan,'" she said. "At the end of each month, look at your budget for the upcoming month -- you may need to adjust the amount that you designate to [certain] categories."

Zuniga said you should first aim to have at least one month of necessary living expenses saved.

"To calculate this number, add up your necessary expenses such as your housing costs, transportation, groceries and bills (cellphone, internet, minimum monthly debt payments, etc.). You would not include discretionary spending, such as dining out, shopping or entertainment," she said.

"You should aim to save for one month as quickly as possible. Once you have that amount, your next goal should be to save your fully funded emergency fund containing three to six months of your necessary living expenses."

2. Make additional payments to your debt

3:14
Cindy Zuniga of Zero Based Budget went from a mountain of debt to none in 48 months with a simple saving and budgeting method.

"Unlike your emergency fund, these funds are set aside for planned spending," she said, noting that it should not "disturb a financial goal, such as debt payoff."

"If you normally spend $2,400 annually on travel, you should aim to save $200 monthly into a travel sinking fund," she said.

"All of these goals take time. It took me several years to build my emergency fund and to get to a place where saving for my various sinking funds feels like second nature," Zuniga said. "Even if you cannot start by saving or paying off large numbers, the important thing is to start." 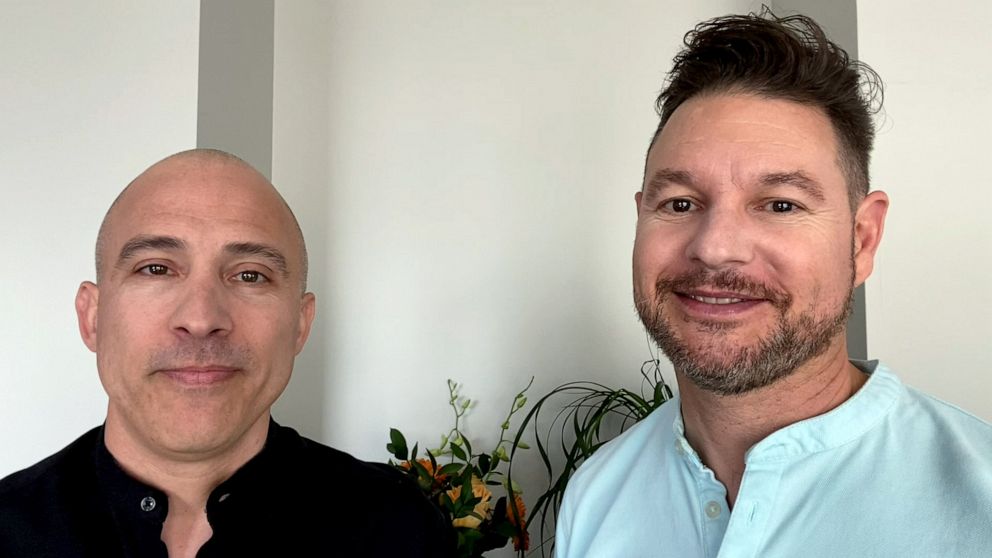 Husbands David Auten and John Schneider, who created Debt Free Guys and the "Queer Money" podcast, had their "a-ha" moment about debt while driving past dream homes in Denver to their then-basement apartment. That led to clarity about what mattered to them and why they wanted to get rid of their combined $51,000 in debt.

"Identifying your truest hopes and dreams helps you to free up cash that's going toward spending and can now go toward your credit card balances or any other financial goals," they said.

They developed a plan that came to be known as The Debt Lasso Method, which brings debt from various sources to as few places as possible and with the lowest interest rates possible to maximize payments on principal balances.

MORE: The debt lasso method: A strategy and step-by-step plan to rein in your debt

If you're facing challenges because of the current economy, some of their expanded advice could be helpful in making the most impact with the funds you have coming in.

1. Do a spending analysis

"Though this has changed a bit due to COVID-19, most Americans have a spending problem, not an income problem," they said. When they completed an analysis of their own expenses over a 12-month period, it revealed that some weeks, they were spending $400 dining out and $400 at the grocery store. They also realized that their credit card interest rate was costing them $10,000 a year.

"That's a few vacations a year or a down payment on a car," he said. "The good news is that most people with a spending problem only have one to three outliers in their spending that, if tweaked, can free them up to pay off debt or more easily reach other financial goals."

"Without knowing how you're spending, you can't improve your spending or budgeting," he added.

"Working toward any goal is easier and more achievable in team environments," they said.

"When we told our friends and family that we'd have to dial back our spending ... many of them agreed that they had financial goals that would be more easily achieved if they dialed back their spending, too."

This led to more game and movie nights, potlucks and simply spending time with others while mutually working toward their goals.

"We had folks who regularly checked in to see how we were doing, both emotionally and actually," they said. "It kept us motivated having people checking in on us and looking out for us."

2:19
Husbands David Auten and John Schneider share the process they created to take control of their finances and become debt-free.

3. Identifying your truest hopes and dreams

Schneider and Auten paid off $51,000 in debt, which they said came as a result of spending that didn't align with their values.

"We were simultaneously overspending to make up for past pain and to avoid pain in the present. Because we came from times and places when it wasn't OK to be gay, we were overspending as adults to make up for our past. We were trying to prove to ourselves and folks from our childhoods that we were worthy," they said.

"Likewise, because we wanted so desperately to fit in with our new community of queer people," they added, "it turns out, much of our spending was paying for lifestyles that we didn't necessarily want. What we really wanted was to save for a comfortable retirement, give back to the queer community and to travel more extensively -- but on cash rather than credit."

"Most of us are trying to live up to mom and dad's expectations, living how our friends and colleagues expect us to live or how we think they think we should live. When we figure out what we most want, we can start living and spending accordingly," they said. 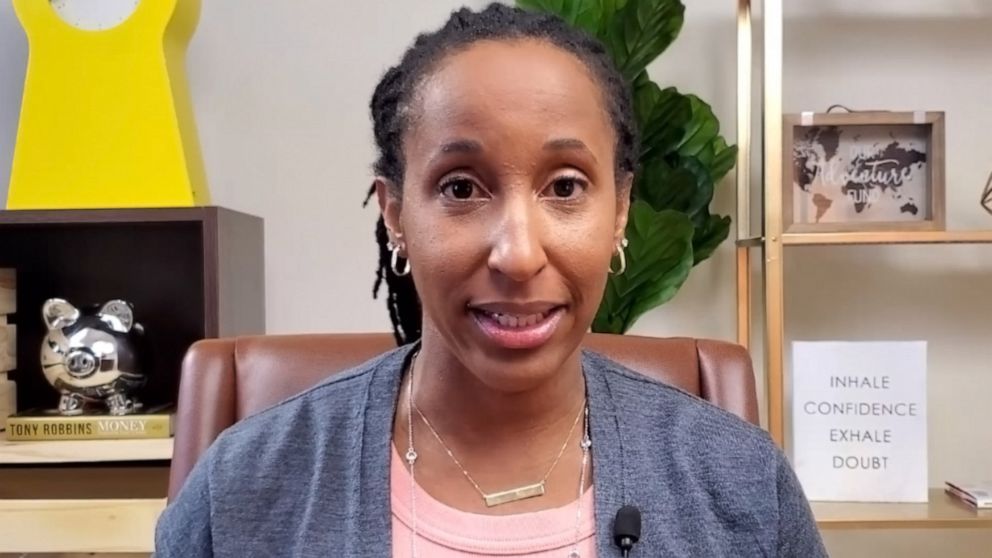 ABC News
Jordanne Wells, the creator of the Debt S-L-A-Y-E-R Method, successfully paid off $30,000 in debt and shares advice for paying down debt in 2021.

Jordanne Wells' six-step plan, known as The Debt S-L-A-Y-E-R Method, helped the founder of Wise Money Women eliminate $30,000 in debt in one year by chipping away at her balance in small increments.

"The biggest challenge people face when paying down their debt is underestimating the power of the small thing," she said. "We tend to feel like we need to make a 10%-of-the-balance payment or 50% for it to be worthwhile. But every dollar, every $20 payment, adds up. It builds the habit, it forms the momentum and compounds to results."

Wells said that if you're struggling to get food on the table because of a job loss, now might not be the best time to attack your debt -- and that's OK. She adds that if you're doing well, but have a ton of crushing debt, that you shouldn't be afraid to consider making hard decisions, such as moving back in with your parents, downsizing or delaying a major purchase to address your debt. Regardless, "debt isn't the end of the world."

"It's what you have, it's not who you are," she said. "It's not a moral failure or otherwise, so if you have it but aren't in a good position to tackle it, then focus on doing what you can to survive now."

Wells says you can't wait for someone to fix things. Instead, she recommends forgiving yourself and committing to wanting better for yourself.

"This is especially critical for this year because for a lot of people, 2020 was the supposed to be their year of amazing goals," she said. "But instead, 2020 turned out to be a difficult year of having no control."

Wells said that rather than harboring feelings of disappointment and failure, you should accept that you made what you believed to be the best choices given your situation at the time.

"It doesn't matter how you got here ... at the end of the day, it's your life and your responsibility to take control of your life if you want to reach your financial goals," she said.

"[Have] gratitude for where you are ... believe you can do better and start taking action, no matter how small, towards where you are going."

"People can spend a lot of time struggling between who they are and who they think they should be, and that denial of self causes us a lot of problems," Wells said. "If we know that when we have 'extra' unaccounted for cash in our pockets [that] we are likely to spend on things we don't need, why do we keep going to the ATM and withdrawing cash without a purpose for the funds?"

Wells said that people should recognize these habits and find ways to address them.

"If we accept who we are, then instead of beating ourselves up about yet another time when we overspend, we will make sure we have the systems in place to ensure that we stay on the straight and narrow, and don't give ourselves the chance to sabotage ourselves," she said.

To hone in on issues that may affect your spending, Wells recommends such steps as reflecting on thoughts and feelings related to your spending, and even asking friends and loved ones to weigh in on what they see as your money strengths and weaknesses.

2:38
Jordanne Wells created the Debt S-L-A-Y-E-R Method and used it to pay of thousands of credit card debt in one year.

3. Have a spending plan for 'extra' money

If you have a bonus, tax return or gift card coming your way, Wells said it's a good idea to make a plan for it "while you are in a calm and sound state of mind."

"You might say that the first priority is having an emergency fund, so any unexpected funds should go there," she said. "Or say for any unexpected funds, you'll use half for savings or half for debt, or maybe that any funds over $100 will be invested [while] anything under $100 can be used for fun money."

"This step takes away the need to spend time thinking about what to do with funds," she added. "Less decisions to make makes it easier to execute and less chances for you make a choice that's contrary to your goals."