The story of a neighborhood mailman who befriended and delivered treats to an elderly dog on his route broke the internet last week when his daughter posted the heartbreaking letter the dog's owner left him to let him know the dog had passed away.

"Gretchen passed away yesterday. She asked me to ask you if you would share her treats that she never got to finish with the other dogs on your route," the note, penned by Chris Cimino, read. "She always enjoyed seeing you come to the door and was always happy to get a snack from you."

Cimino told "Good Morning America" he and his family adopted Gretchen as a rescue in 2013, and while she was "sweet as can be," at the beginning she "was pretty standoff-ish."

"Her mistrust of just about everyone outside of the family was pretty evident," Cimino said.

Still, she grew to become friends with their local mailman, Fernando Barboza, who would bring her treats every day while on his route.

"It started off slow, she is pretty mistrustful of everybody," Cimino said of their relationship. "But he was pretty persistent ... he would call her name and she started looking forward to it."

"Even when he didn't have any packages to deliver to the door he would drive by and say, 'Hey Gretchen,'" Cimino said.

"She started looking forward to him coming by," he added. "He would deliver a package to the old man across the street and she would get really jealous." 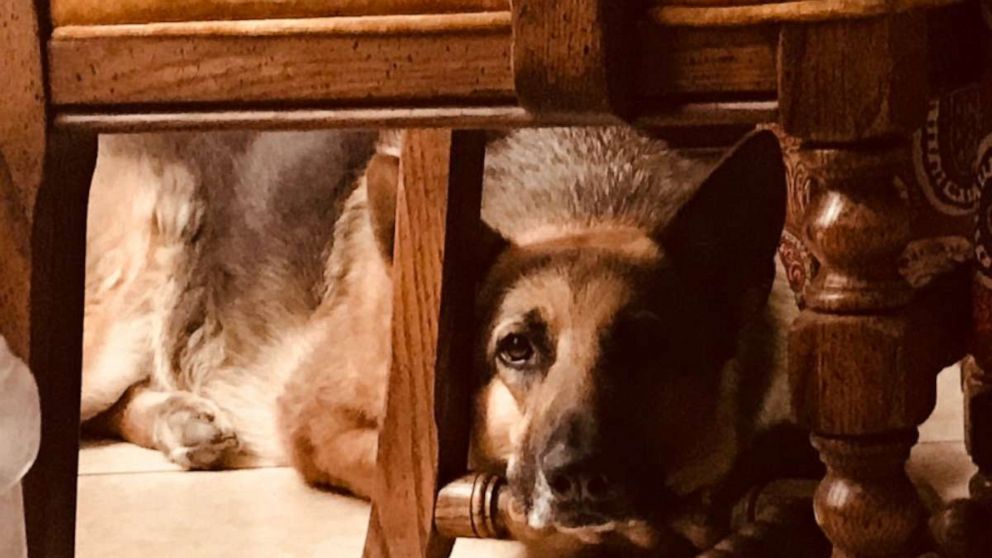 This friendship went on for years, Cimino said.

When Gretchen passed away last Sunday after a long battle with a neuropathic disease, Cimino said he knew he would have to let Barboza know, but couldn't "bring myself to tell him in person."

So he decided to leave the note and bag of treats that has since gone viral.

Since Barboza's daughter posted the note on Twitter, it has garnered an outpouring of reactions and more than 873,000 likes.

"I didn’t expect it to go anywhere, I thought it was just between our family, our dog and Fernando," Cimino said.

If there's one thing he hopes people takes away from the story, however, it's to "tell people to go adopt older dogs."

"You never know when you’re going to find that one-in-a- lifetime friendship," he said.