A 90-year-old great-grandmother who returned to school three years ago has graduated from college and has a message for anyone who may want to follow in her footsteps.

"Keep going. Don't give up," Joyce Viola DeFauw told "Good Morning America" in a phone interview. "You might feel like it and all that, but just hang in there because the end will come and you will be victorious."

DeFauw first enrolled in college at what is now Northern Illinois University in 1951, studying early elementary education, and later, home economics. She dropped out after three and a half years when she decided to get married and start a family with her first husband. 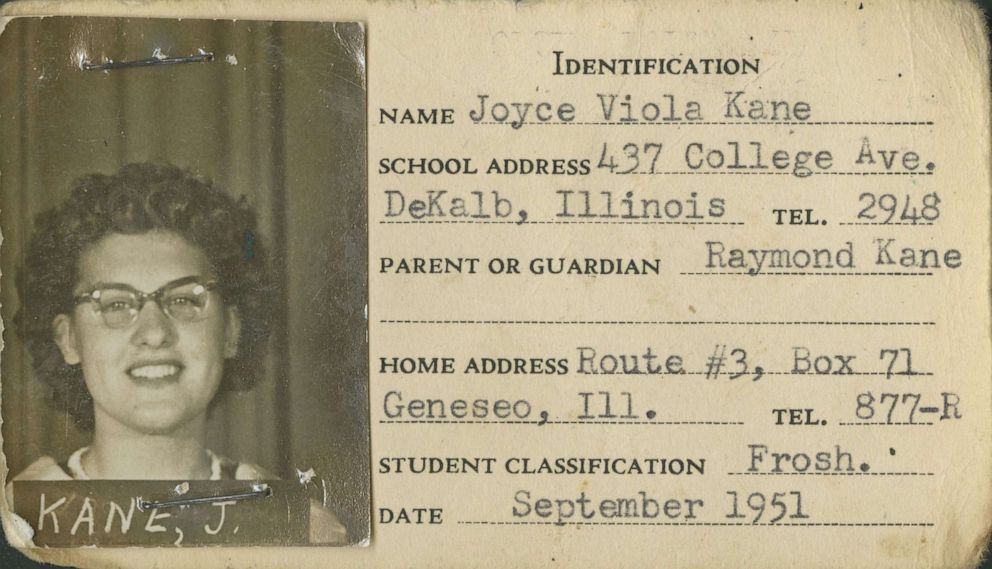 After her first husband's death, DeFauw remarried and had more children. The mom of nine, who is now also a grandmother to 17 and great-grandmother to 26, was busy through the years but never forgot about college. 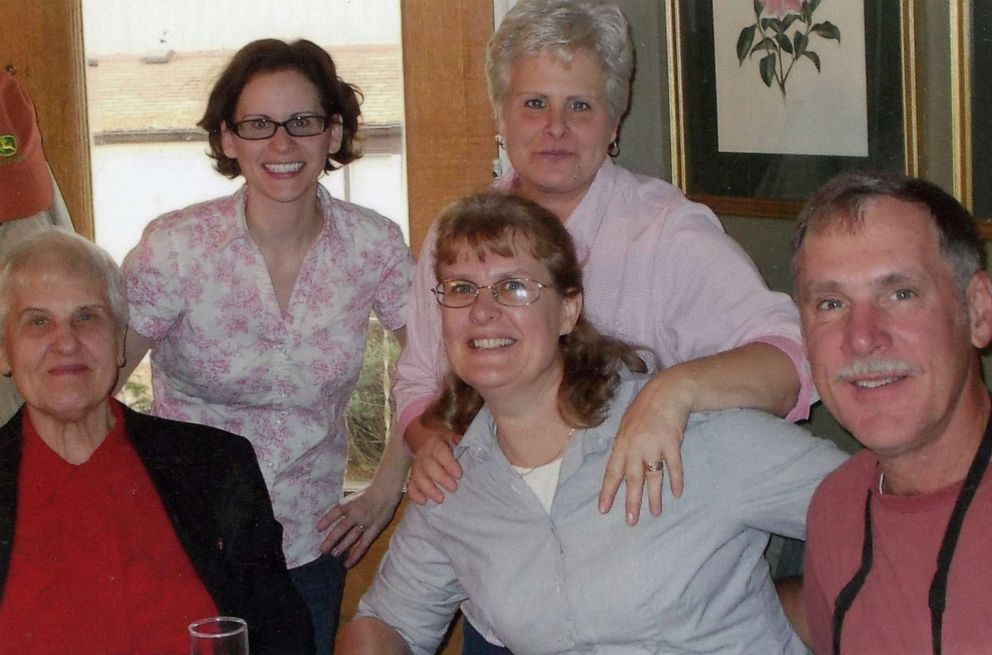 Northern Illinois University
Aside from being a soon-to-be college graduate, DeFauw is also a mom of 9, grandmother of 17 and great-grandmother of 26.
Editor's Picks

"I must have told the children that I wish I'd finished back in the 1950s," DeFauw recalled. "And so, they suggested that I go back and I thought, 'Well, OK,' but I needed a computer … and they got one for me and so I've been able to use it and enjoy it since."

DeFauw, who lives in a retirement facility in Geneseo, Illinois, re-enrolled at NIU in August 2019 and began to take online courses toward a bachelor's degree in general studies with the university's College of Liberal Arts and Sciences. 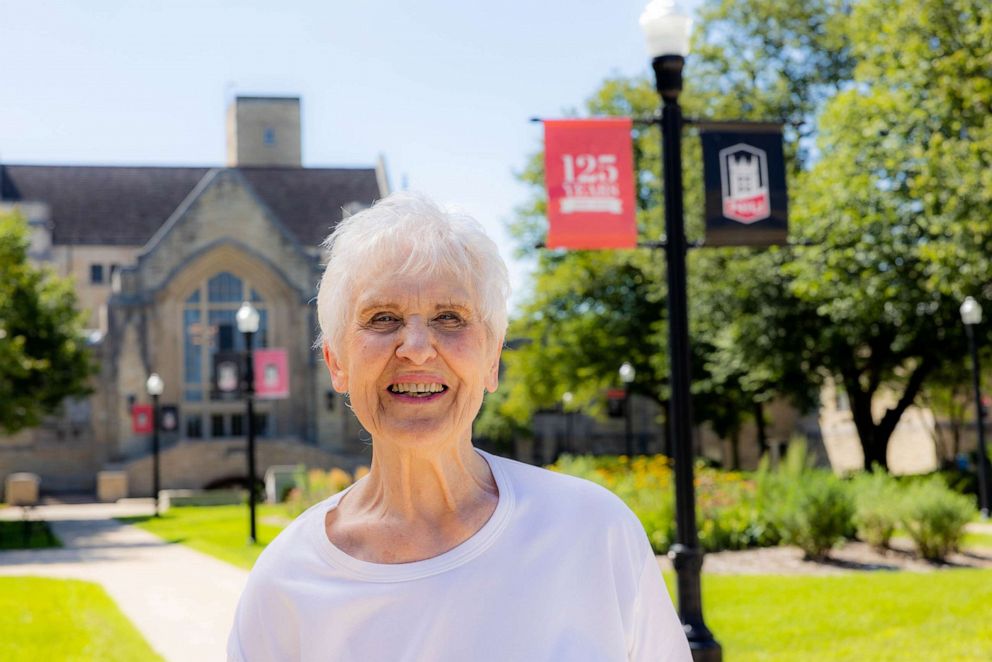 Northern Illinois University
Although she has attended classes online, DeFauw was able to visit the NIU campus earlier this year in August.

Although there were times when she struggled with the courses and even thought about giving up, DeFauw never threw in the towel and took time to do schoolwork almost every day.

"We get to exchange ideas and things through the computer and I've had wonderful instructors that helped me and suggested things and guided me," DeFauw said. "As far as the encouragement of everyone -- my friends and my family and my teachers -- I just couldn't give up."

NIU President Dr. Lisa Freeman hailed DeFauw as an "inspiration" to others.

"Joyce DeFauw is an inspiration, a trailblazer and now an Northern Illinois University college graduate," Freeman said in a statement to "GMA" on Thursday. "She has beautifully shown that earning a degree is life changing at any age and that it's never too late to pursue new knowledge."

At her commencement ceremony Sunday, DeFauw walked across the stage in a black graduation gown and a matching black cap decorated with golden stars and "Super Senior '22" on it. 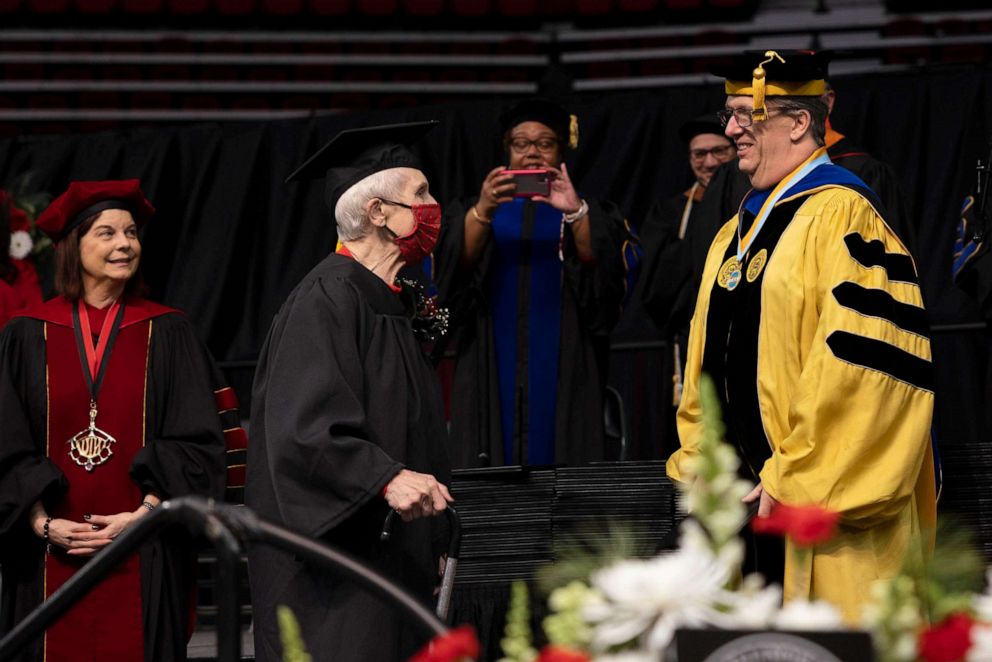 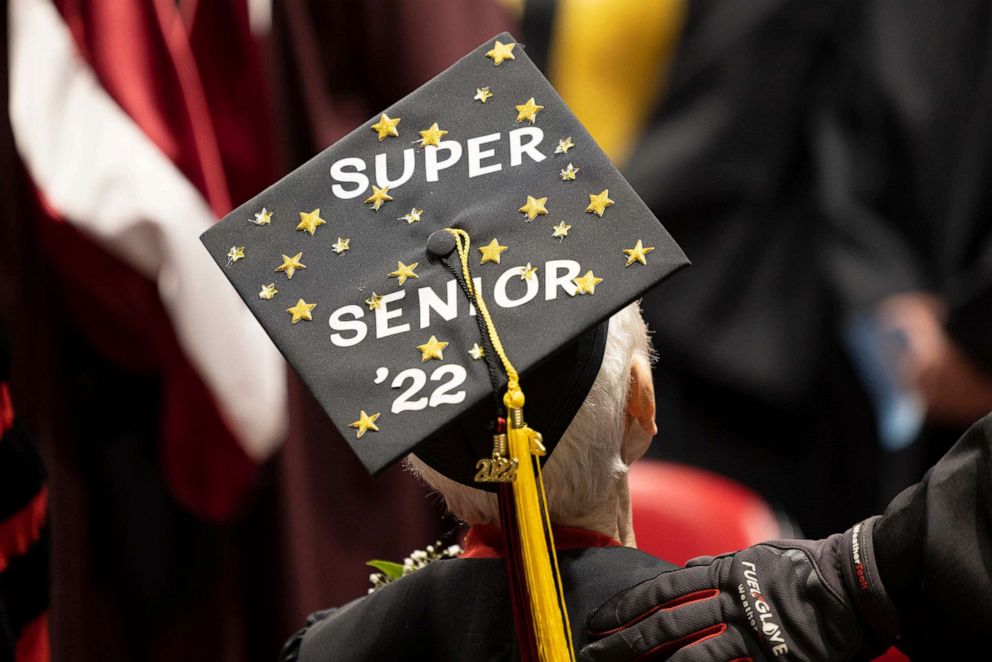 DeFauw told "GMA" she feels "very happy and thankful" for being able to achieve her big milestone. 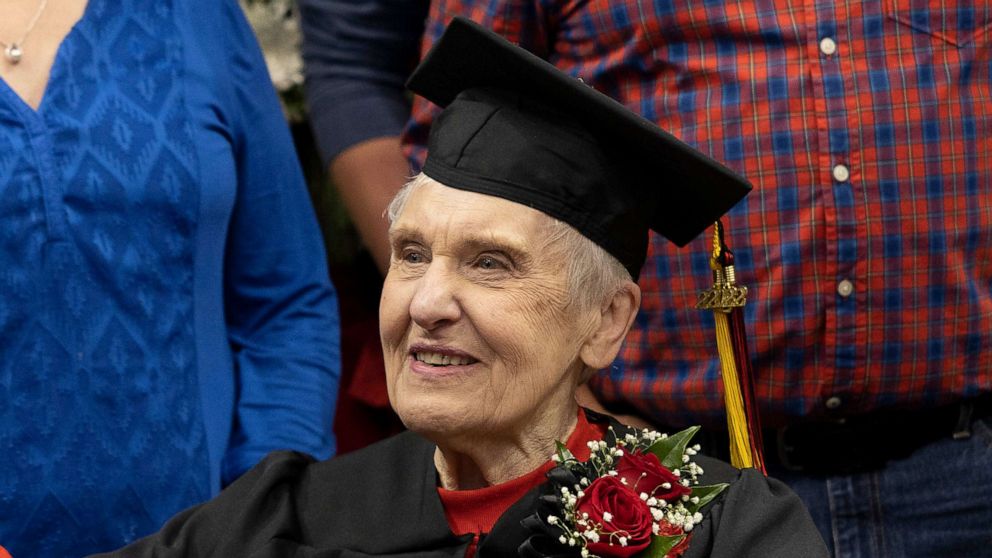 "I could just jump and shout and run and howl," the 90-year-old matriarch said.

For anyone still looking to chase their dreams, even years later, DeFauw suggests they go for it.

"There's so much that life offers that you miss out on if you don't take advantage of it," she said.