This report is part of "Turning Point," a groundbreaking series by ABC News examining the racial reckoning sweeping the United States and exploring whether it can lead to lasting reconciliation.

Sandra, a 28-year-old mother of two, spends her mornings taking care of her children and supporting their at-home learning. Their school district provided computers for remote learning as the COVID-19 pandemic made in-person schooling a health risk for students and families alike.

But that's not the only change Sandra's family has faced in recent months. Both she and her husband, a former house painter, unexpectedly lost their jobs.

“We both lost our source of income,” said Sandra, who asked to be identified by only her first name. “[The job loss] has affected us emotionally, I’m stressed, we can’t sleep.”

She also searches for new employment opportunities and works part-time cleaning homes when she can book a gig. The calls, however, are scarce.

“It’s hard to work part-time because [my kids] need assistance,” said Sandra. “I have to sit with them and help them with online classes.” 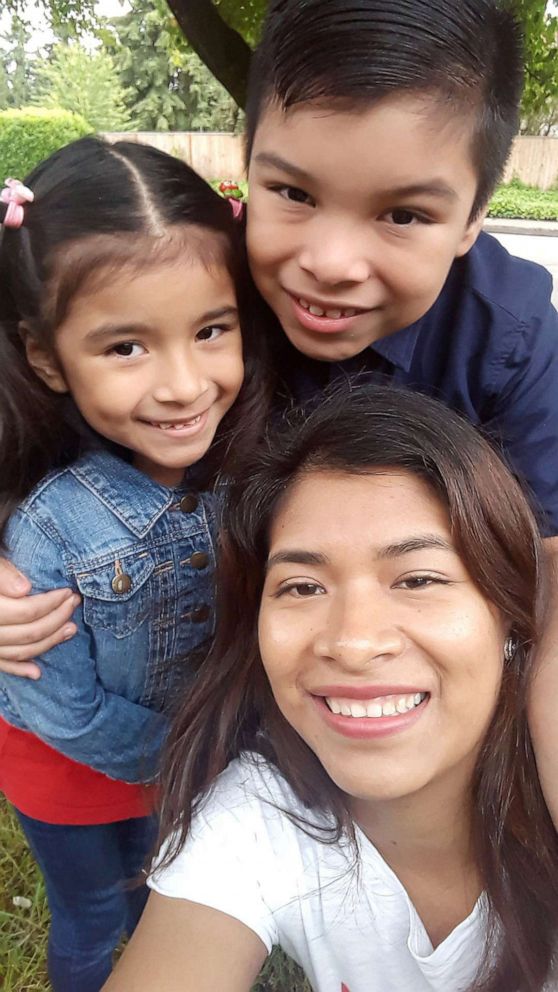 Sandra
Sandra is pictured alongside her two children in Portland, Ore.

Sandra, a native of Guatemala, said she immigrated to the U.S. in the hopes of providing a better life for her loved ones. Escaping violence and a lack of economic opportunity, she created a new home in Portland, Oregon.

“I was working in housekeeping in a hotel as my first job,” said Sandra. “After, I went to work in a barbecue restaurant part-time … [the customers] spoke English and I was afraid because I didn’t speak the language, so I couldn't respond to them.”

The language barrier was difficult to overcome. Ultimately she sought other employment opportunities and within months Sandra landed a new job cleaning office buildings. The hours, however, were long.

MORE: Latina moms-to-be are getting COVID-19 at a higher rate than other expectant moms

A few years later, Sandra became a housekeeper providing cleaning services to a regular list of clients, which provided better pay and more flexible hours to care for her children. 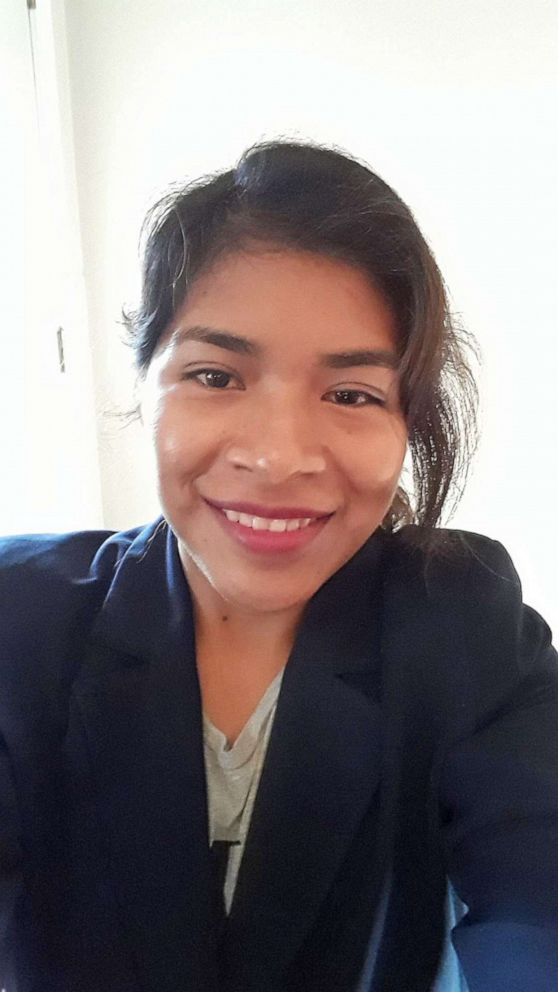 Sandra
Sandra, who wishes to be identified by her first name only, is pictured in a selfie on Sept. 26, 2020.

But when COVID-19 struck, she could no longer work in those homes.

Now, the drastic loss in household income has made it difficult for her family to make ends meet.

Like Sandra's, many Hispanic families are facing a financial crisis with lost jobs and wages due to the coronavirus pandemic.

Pew Research data show that Hispanic women have experienced an especially steep rise in unemployment, jumping from 5.5% to 20.5% between February and April 2020. By comparison, the unemployment rate for Hispanic men rose from 4.3% to 16.9% during this time.

“Given the current economic conditions, there is a lot of contraction of the economy,” said Luisa Blanco, an economist and professor at Pepperdine University’s School of Public Policy. “Latino women are more likely to have more children than other racial ethnic groups. The need to provide child care has grown ... and they don't have another alternative.”

According to Marie Mora, an economist and provost at the University of Missouri, St. Louis, "Hispanics on average earn less than non-Hispanic whites.”

She added that Hispanic women may not have the financial resources to hire child care, another barrier to finding work.

Additionally, certain industries were impacted by the pandemic more heavily than others. According to the Pew Research study, Hispanic women are more likely to be employed in leisure and hospitality services, which took a major hit from COVID-19.

“During all the shutdowns those industries were disproportionately represented,” said Mora. “The workers that are represented in those types of jobs also took a significant hit.”

The sudden job loss and economic hardship has upended the lives of Latina women across the U.S. and across all professions.

Maria Luisa Gallegos, a single mother of a 13-year-old daughter, had a thriving business as a music promoter and booking manager before the coronavirus outbreak. 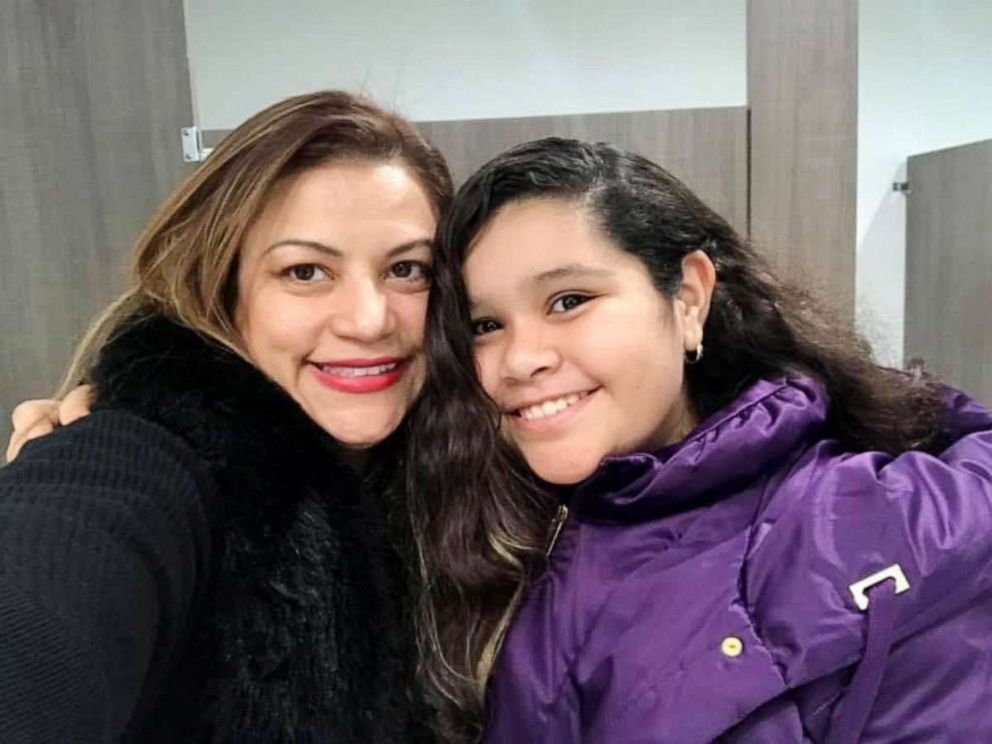 “My job was very successful,” said Gallegos. “But in 2020, everything changed.”

Based in Houston, Gallegos had worked in the music industry for 23 years, but due to restrictions, concert venues closed their doors. Gallegos' clients were barely able to perform and she lost her main source of income.

“All the concert roadshows and everything about the music stopped completely,” said Gallegos. “I don’t have any income from the outside.”

During the first few months of the pandemic, she had to rely on assistance and the help of nonprofit organizations. Guillermo De La Rosa, a board member of Living Hope Wheelchair Association, helped her make ends meet by providing food, resources and contacts for hiring companies.

“Usually, I’m trying to be the person that can help somebody else," Gallegos said. "But now, I’m on the other side … I have to get the help from somebody else, that’s very hard.”

Gallegos continues to search for new gigs in different states for one of her long-term clients, Banda Los Costeños, a Houston-based band.

“These concerts are far away from Texas,” Gallegos said. “Yesterday, I flew to Baltimore, Maryland, and I [drove] two-and-a-half hours to work in Manassas, Virginia. We finished the concert around 2:30 a.m. [and] we have to wake up at 6 a.m. and drive seven-and-a-half hours to North Carolina.”

MORE: Why today is observed as Latina Equal Pay Day

She said obtaining permits for performance venues has become increasingly difficult and ticket sales are down -- as much as 15% of a normal show.

“Usually ... [I’m] trying to be prepared, but this case was very different,” added Gallegos.

“Will the jobs ever come back?”

Employment rates for Hispanic women could be affected in the future and Latina women are being forced to consider changing industries.

MORE: Selena Gomez accepts Hispanic Heritage Arts Award: 'To be a voice in the community means a lot'

Monica Garcia-Perez, an economist and professor at St. Cloud State University in Minnesota, said switching jobs presents a unique set of challenges as it places the financial burden on workers to pay for training and learning a new skill set while trying to find new employment opportunities.

These barriers are preventing many Latina workers from “breaking the mold and mov[ing] to other sectors,” said Garcia-Perez.

“Latinas that were laid off are typically front-line staff with hourly jobs without benefits like sick time-off or medical insurance,” said Patricia Mota, president and CEO of the Hispanic Alliance for Career Enhancement (HACE). “They are the first to be unemployed as [Latina women] are seen more as temporary and gig workers. They’ll likely be the last ones hired once the economy improves.”

“A national concerted effort needs to be done to support Latinas to secure jobs to advance those who are underemployed,” she said. 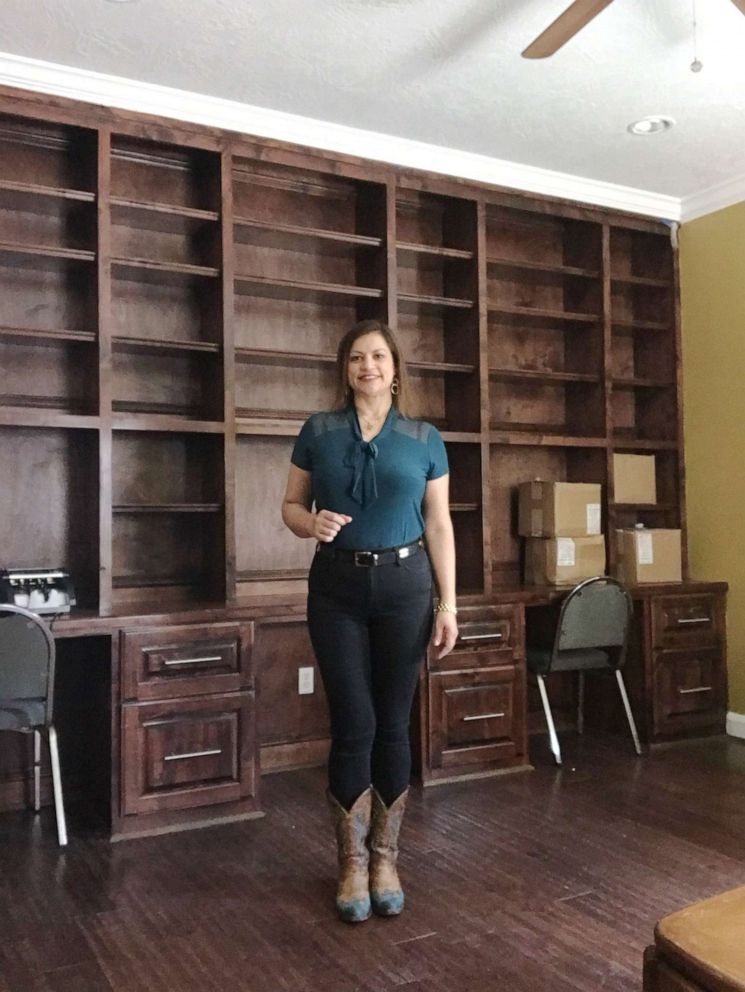 Gallegos said focusing on self-improvement such as adopting healthier eating habits, committing to weight loss and leading prayer groups helped her find a positive outlook on life during quarantine.

“I have to show my daughter, no matter what happen[s] we have to [stay] positive,” said Gallegos.

She added, “We never realize when you lose something [that] it’s because better things are coming ahead.”