Efforts to control the spread of COVID-19 around the globe led to widespread lockdowns and decreased economic activity.

Another result of the pandemic has been a temporary reduction in emissions, such as carbon dioxide, which is "the primary greenhouse gas that is emitted from human activity," according to the Environmental Protection Agency.

"Preliminary estimates," according to a recent World Meteorological Organization bulletin, "indicate a reduction in the annual global emission between 4.2% and 7.5%." Fewer people traveled in 2020, and less electricity was used by companies.

Greenhouse gases trap heat in the Earth's atmosphere, which increases the average temperature. This leads to changes in the atmosphere, land and oceans.

Now, as the world emerges from the grips of COVID, rebuilding the global economy could provide opportunities for investments in green energy solutions.

President Joe Biden is set to host world leaders for a virtual climate summit Thursday and is expected to announce a new goal for the U.S. to reduce emissions -- reportedly by as much as 50% by 2030. 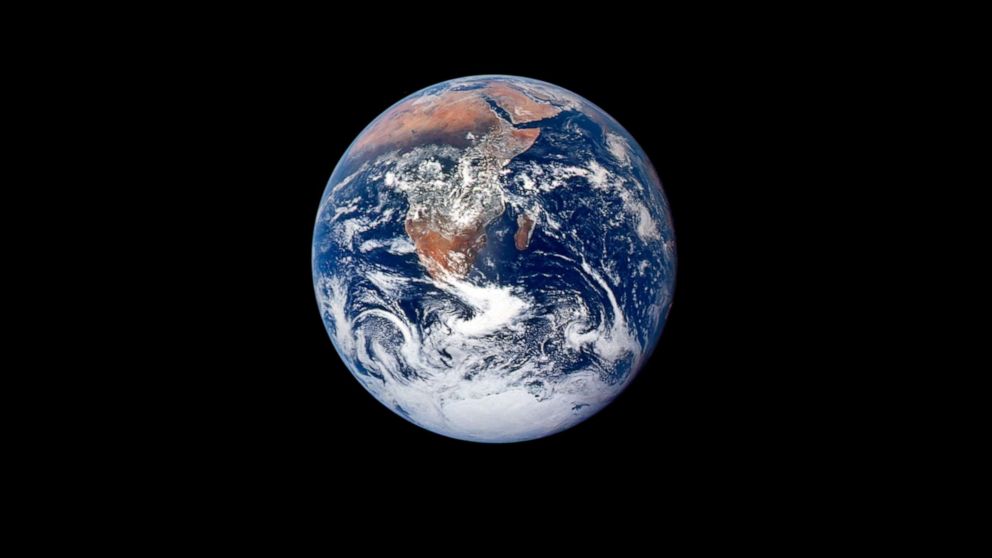 NASA
Earth as seen from Apollo 17.

WMO Secretary-General Petteri Taalas said the pandemic created "a platform for more sustained and ambitious climate action to reduce emissions to net zero through a complete transformation of our industrial, energy and transport systems."

"The needed changes are economically affordable and technically possible, and would affect our everyday life only marginally," he added. "It is to be welcomed that a growing number of countries and companies have committed themselves to carbon neutrality."

Major companies like Apple and Ford have made headlines within the last year committing to be carbon neutral. In July 2020, Apple pledged to make all supply chains and products entirely carbon neutral by 2030. Three weeks ago, Ford announced two new sustainability targets as part of its goal to become carbon neutral by 2050, in line with the Paris Climate Agreement.

"Since greenhouse gas pollution is cumulative, there was no decrease in CO2 in the atmosphere," the National Oceanic and Atmospheric Administration said in a statement to ABC News. The pandemic created "just a temporary slowdown of the relentless increase, one that was so small it was not discernible at NOAA's Mauna Loa observatory."

"We need a sustained flattening of the curve," Taalas said.

Additionally, a recent study conducted by researchers from the University of Minnesota School of Public Health and CalEPA claimed that the COVID-19 pandemic "likely affected air quality due to extreme changes in human behavior." The study claims that air pollution declined across the U.S. during the pandemic, including a decrease in nitrogen dioxide, likely due to more remote work less travel.

Meanwhile, a study from Nord University Business School in August 2020 found that waste in many places increased, as the "intensification of single-use products and panic buying have increased production and consumption."

From the products we buy, to the food we eat, to the natural resources we use, choosing to invest in environmentally sustainable options is the best way to make positive changes, noted ABC News Chief Meterologist Ginger Zee. She suggests asking questions to find out where a product came from and where its waste goes.

Nearly everything humans consume has an impact on Earth in some way -- it's really just a matter of discovering those impacts and making decisions that prioritize the Earth.

To learn more about climate change, watch "It's Not Too Late: Earth Day Special," streaming now on Hulu.