By Alexandra Anastasio
Share —
Sign up for our newsletters to get GMA delivered to your inbox every morning!

Looking for love but haven’t truly connected with "the one"? You might be barking up the wrong tree!

If you’re someone who loves dogs, then you know just how important it is to find a human companion who feels the same.

Which is exactly why sisters, Leigh and Casey Isaacson, created Dig Dates. The dating app first launched on Valentine's Day 2018 and now has gone national with the intention of connecting dog people, regardless of whether they’re an owner or someone who just really “digs” canines.

The idea came about after Casey Isaacson was dating a guy who tried to be a dog person for her, but it just didn’t work out. The sisters then began to wonder why, with all of the dating apps available, there wasn’t one for people who loved dogs.

"Originally the whole reason for the app was to get my sister a date," Leigh Isaacson said.

Out of that desire to find a boyfriend came an entirely new journey for the two co-founders, who until then had worked in different industries but teamed up to create the app.

When users join Dig, they can indicate particular preferences, including whether they’re currently a dog owner, or someone who just absolutely loves dog, to help match them with a suitable partner. The app then presents users with unlimited matches every day where they can express whether they "dig," "really dig," or "pass" on those particular matches.

The goal of the app is to connect people who "live a dog-forward lifestyle" so Dig offers tips from veterinarians and dog trainers to help make that first date and dog meet-up go as smoothly and with as little stress as possible. Having a dog impacts every aspect of your life so it’s extremely important to find out early on not only if you’re compatible, but if your dogs are too. By offering dog-friendly date ideas, the Dig team is helping both couples looking to connect, as well as promoting dog-friendly businesses.

“If we could get rid of the excuses for not going out by giving people the tools and ideas to get them to that point, then we knew it was an important piece to put into the app,” said Leigh.

Lizz Evalen, a freelance writer from Chicago, said one of the great things about her Dig date was having her dog along as a buffer.

"Lull in the conversation, make goofy noises at the pup," said Evalen. "Think you have nothing to talk about? Ask anything related to the pup."

While she said things didn’t pan out because work took the guy she met overseas, the two still catch up and he sends her dog photos. "I will never not smile at a dog pic," she said.

In addition to helping people make a love connection, Dig is also using their platform to help shelter dogs find their "fur-ever" home. The team works closely with rescue organizations in various cities and at most events will have dogs available for adoption. In addition, their social media is another great way to check out those pups looking to make their own human connection.

With the recent health crisis, Dig events have been put on hold, but Leigh says the sisters have been using this time to focus on further building out the app. One new addition, which will be available over the next few weeks is the digital dog park, a space where users can interact and learn more about one another before matching with someone.

They're also gearing up for the August 8 launch of Tabby, a new dating app made specifically for cat lovers and owners. They've teamed up with actor and social influencer Nathan Kehn, aka "Nathan the Cat Lady," and Sterling "TrapKing" Davis, who leads a nonprofit that helps trap and rehabilitate stray cats in Atlanta, two famous cat dudes who have been dreaming of having their own feline dating app after they say they've experiencing difficulties in the dating world due to their love of cats.

"The inspiration for me has come over the last few years as I’ve grown my Instagram account as a 'crazy cat lady' and seen how it has affected me in the dating world," Kehn said. "I have lost relationships because the girl didn’t want to live with cats, and I’ve had girls tell me that they don’t date cat guys because they are 'dog people.' This always blew my mind because the more cat people I meet, the more I realize that cat people love all animals and are very loving people, so it’s unfair they get turned away because they choose to take care of a specific pet." 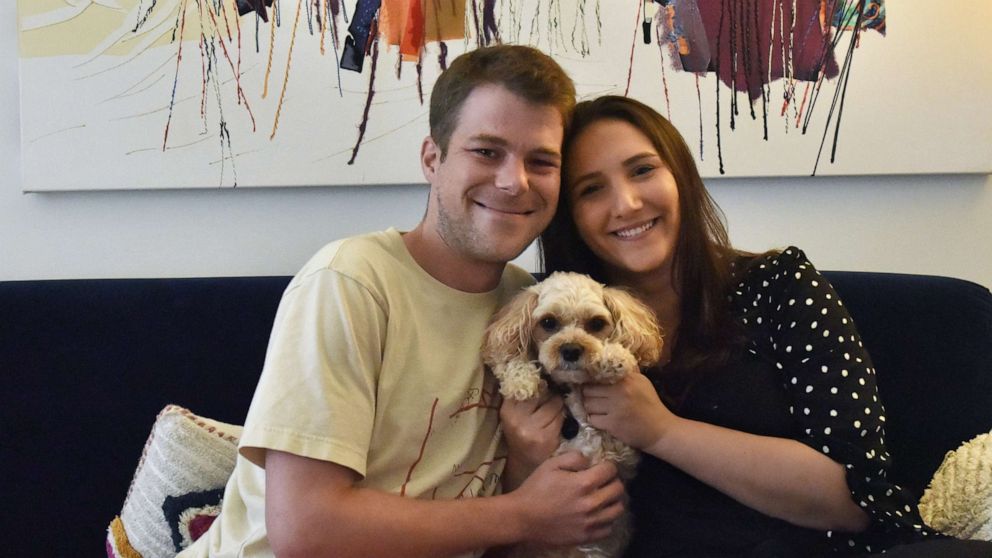 As Dig continues to grow, Casey has a success story of her own: she met her boyfriend, Thomas, on the app. Thomas was able to win her heart, she said, through her pup Layla.

"People are meeting and falling in love because of the platform we created, and both humans and the dogs are better off for it," Leigh said, noting both women couldn’t be happier working in a business that’s all about dogs and love. "There’s nothing more motivating or beautiful than that to me."