Rosie White is ready for the spotlight and bringing her charisma and love of dress-up with her.

The first grader from Detroit is starring as famous Black women and inventors in a series of homemade videos in honor of Black History Month and she's even sharing mini lessons to boot.

So far, Rosie has acted as former boxer Laila Ali, potato chip inventor George Crum and legendary singer Diana Ross, and it's easy to see why the internet has fallen in love with her amazing confidence and fun personality.

Rosie's mom serves as her director, costume designer and cinematographer and said the young girl makes the fun experiences easy.

"She's a natural talent, wants to be in front of a camera or maybe a dance contest or anything that she can express herself," Kenya White told "Good Morning America."

MORE: This hula-hooper is the epitome of Black Girl Magic

Kenya White started the video series three years ago when she read her youngest daughter a lesson on Rosa Parks and noticed she appeared to remember it all.

"I said, 'Hold on, Rosie. Hold that thought.' So I dressed her up as Rosa Parks with things we had around the house and I said, 'Now, tell me what you learned,'" White recalled. "And she said it and I recorded it and I posted it and that's how it all started. Like, wow, that's amazing."

Since sharing the videos, White said she's received an outpouring of messages.

"This is something we do in the house just to pass time, so for it to get this response -- it's overwhelming, it's shocking," she said. "We went into the gas station yesterday and someone was like, 'Hey, you're that girl Rosie!' I'm like, 'Wow.' Like, it's crazy. ... And educators saying, 'Hey, that's a brilliant way you're teaching your daughter. I'm going to do that.'" 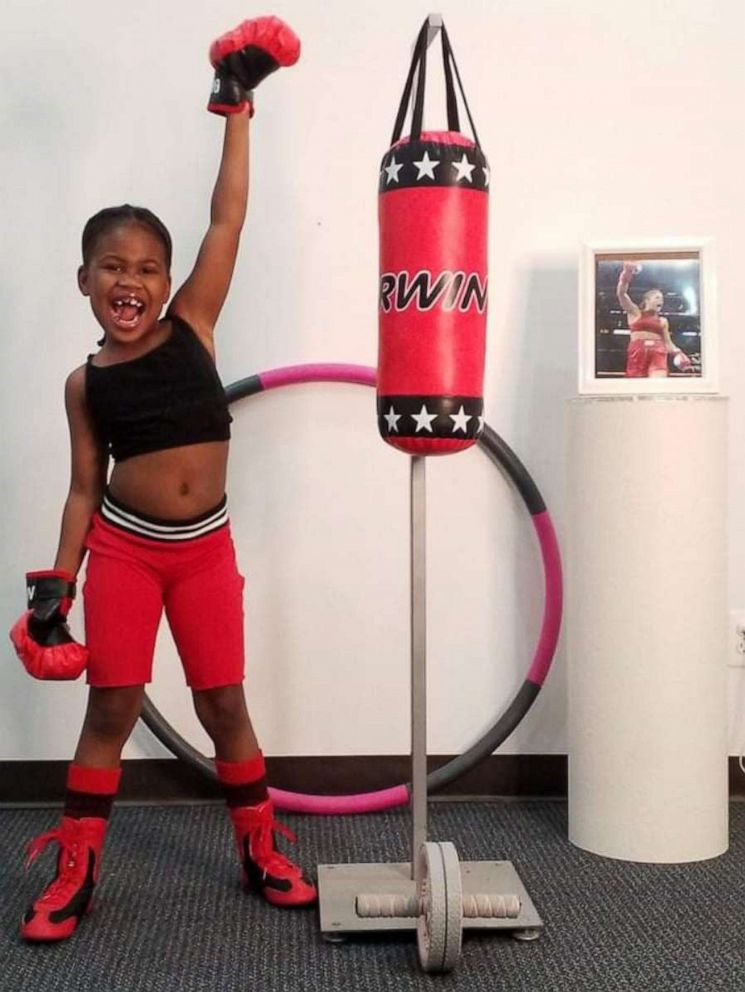 Rosie's videos feature her sharing facts about the character she's portraying so many have assumed she's reading from notes. But her mother said it's all from memory.

"I would make quick scenarios about a famous Black person and this is how we practice reading," White explained. "And then she'll learn about the person and then we'll video it. So no, that's all learned. She's learning everything off the memory of her head, like reciting. That's not a script."

White said Rosie also loves to research the famous characters, adding, "She doesn't only want to learn the person. If I'm teaching her about Viola Davis, she wants to see Viola Davis. She wants to see how she moves. She wants to hear her voice. She just takes it in in a way that's different for a 6-year-old. It's amazing, actually."

"She absolutely enjoys every moment of it," White said. 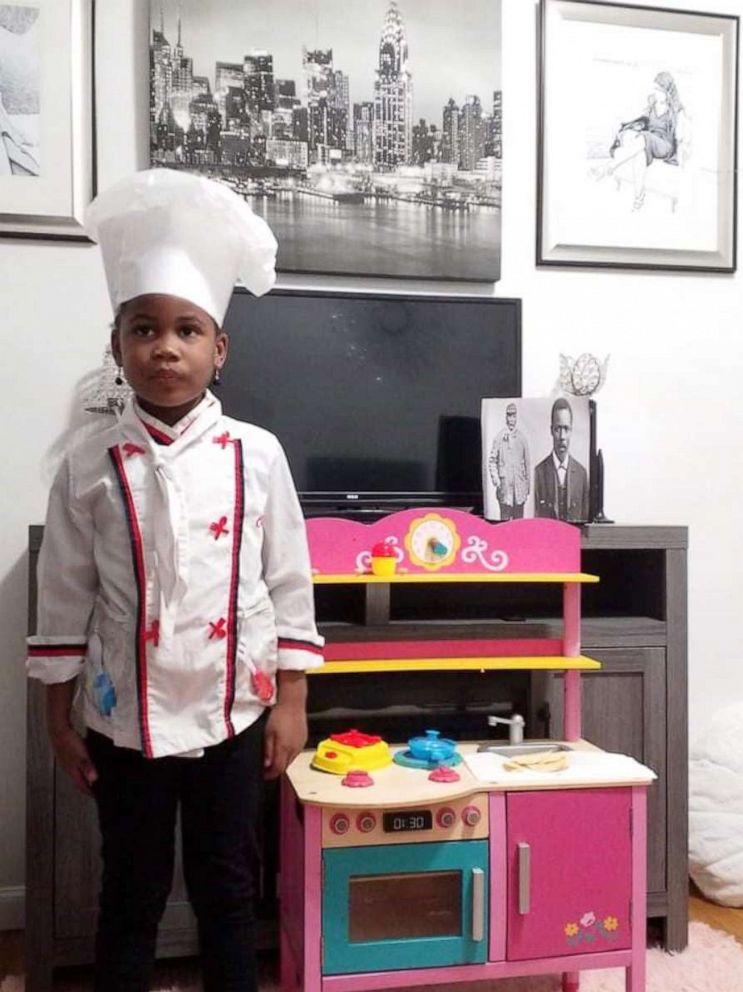 Courtesy of Kenya White
Rosie is dressing up on Thursdays this February as a famous Black inventor, such as George Crum, who invented the potato chip.

But who's her favorite? "She said she enjoyed Laila because it was interacting and the fighting part and making that noise," White said of Rosie's imitation of the former pro boxer.

White said making the videos with her daughter has in part, shown her how special she is. "She just has this brilliant spirit upon her and I'm just glad to know her. ... She's just a good girl and I love Rosie so much. She's just dear to me and she teaches me well, in addition to, you know, me teaching her." 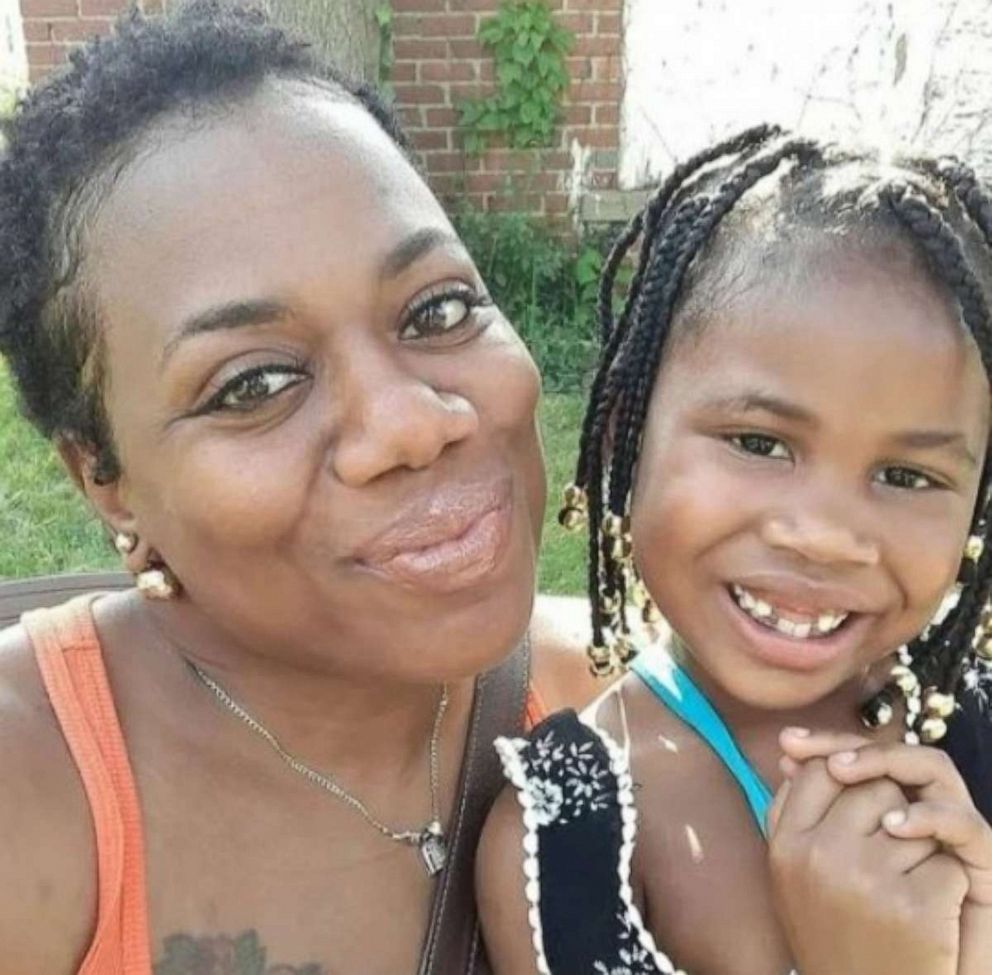 Courtesy of Kenya White
Rosie's mom describes her as a "bubbly girl" with a "brilliant spirit."

And for other little girls who might watch Rosie, White has a message for them.

"My response to any young girl out there, specifically Black girls, but all girls in particular, you can do anything you want. You can be Kamala Harris, you can be Michelle Obama, you can be beyond those ladies. Whatever your heart desires, whatever you want to do, whether you're an artist or dancer, into politics, just be the best you you can be."

Rosie's videos will be released on Mondays and Thursdays this February, with Mondays dedicated to Black women and Thursdays honoring Black inventors.