In less than a week, "Good Morning America" co-host Michael Strahan will be journeying to space with Blue Origin.

Ahead of the launch, "GMA" spoke with two experts and key team members to help break down what's in store on the big day.

Strahan, who will be joining Blue Origin's third human spaceflight aboard its New Shepard rocket, will travel to space for 11 minutes with five other crew members on Dec. 9. It will be New Shepard's first human flight with a full Blue Origin astronaut manifest of six crew members in the capsule, according to the company.

Sarah Knights, one of Blue Origin's primary trainers who also serves as capsule communications between mission control and the soon-to-be New Shepard astronauts, said the morning of the launch will start with the most important meal of the day -- breakfast.

"Astronauts will be up for breakfast around three hours before our takeoff," Knights told "GMA." 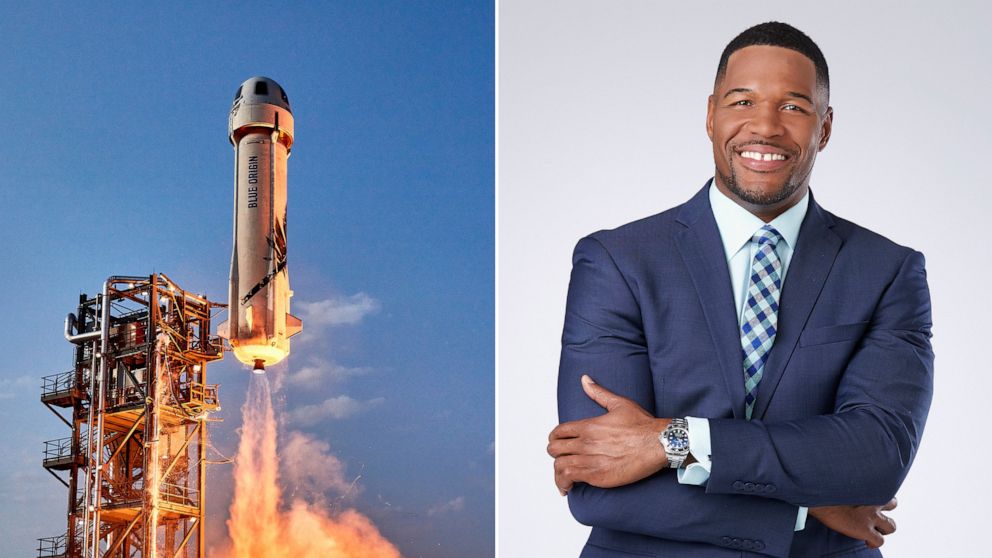 Then, around 45 minutes before takeoff, the crew members will be called to start driving to the launch tower.

"The astronauts will cross the bridge. They'll ring the bell to indicate that they're about to fly on New Shepard and then they get into their seats," Kevin Sproge, head of commercial astronaut training for Blue Origin, told "GMA."

MORE: What Michael Strahan can expect at Blue Origin training ahead of space launch

Once everyone is strapped in, New Shepard's engine will start and the crew members "will immediately feel the acceleration pushing them down into their seats," according to Knights.

The rocket will then blast off into space at "supersonic" speeds, Sproge said.

"It tops out at about 2,200 miles an hour on its way up," he added. "And once the capsule separates, that's essentially where they are at zero velocity." 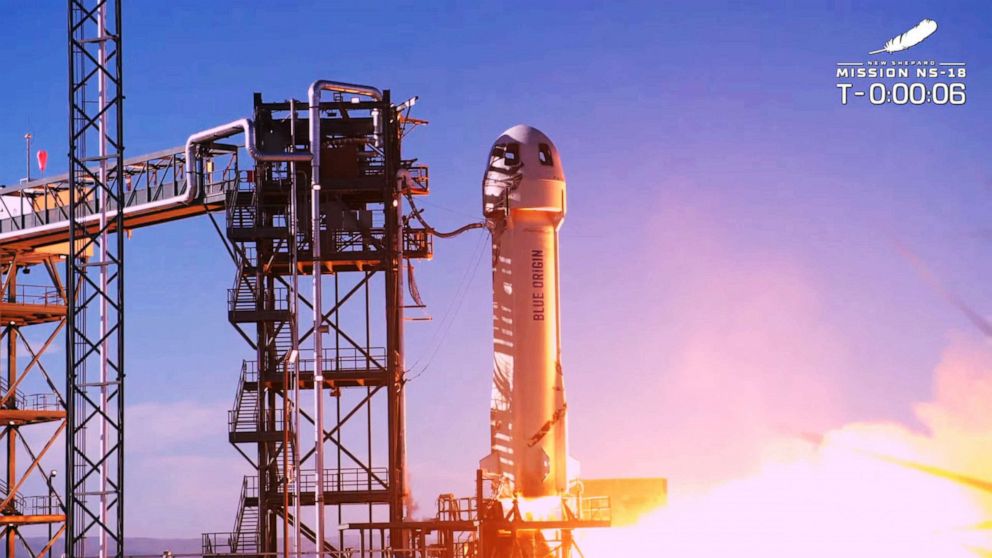 At zero velocity, Strahan and his fellow crew members will be able to unstrap their harnesses and move around. The "GMA" co-host previously said he is nervous about bumping into people when this happens, but Sproge said that it's all part of the experience.

When it comes time to reenter Earth's atmosphere, Knights said it won't be quite as dramatic as people see in movies.

MORE: Jeff Bezos soars to the edge of space in historic flight

"When the crew capsule is reentering the atmosphere, you might think of maybe some Hollywood movies and there's flames and stuff like on the outside of the window. It's nowhere near as shocking as you might expect," she said. "So if you imagine a stone that you drop into a pool, when that stone hits the surface of the pool, it's going to slow down very dramatically and then gently fall back down to the bottom."

Once the capsule lands, the Blue Origin team on the ground will welcome Strahan and the other crew members back to Earth where they will be celebrated as New Shepard astronauts.

On Friday morning fellow Blue Origin astronaut William Shatner, who made the journey aboard New Shepard earlier this year, shared some advice ahead of Strahan's launch.

1:03
The ‘Star Trek’ actor, who traveled to space in October on Blue Origin’s second human spaceflight, sends a special message to Strahan.

"I'm going to wish you good luck. You don't need good luck. I tell you the most difficult thing that you're going to do as you make your way to space is getting up the gantry," Shatner said. "It's 11 flights of stairs at 4,000 feet. I paused every so often to look at the beautiful thing."

He continued, "You're in shape just run up those stairs and you're good as gold. Take care and good luck."