At Goshen Middle School in Goshen, Ohio, students are greeted each morning not just by teachers and staff, but also by Meg, a 2-year-old golden retriever.

Meg has become such a key member of the Goshen community since joining the school as a trained facility dog last year that, according to her handler Kelly DeNu, she's considered a staff member in her own right. 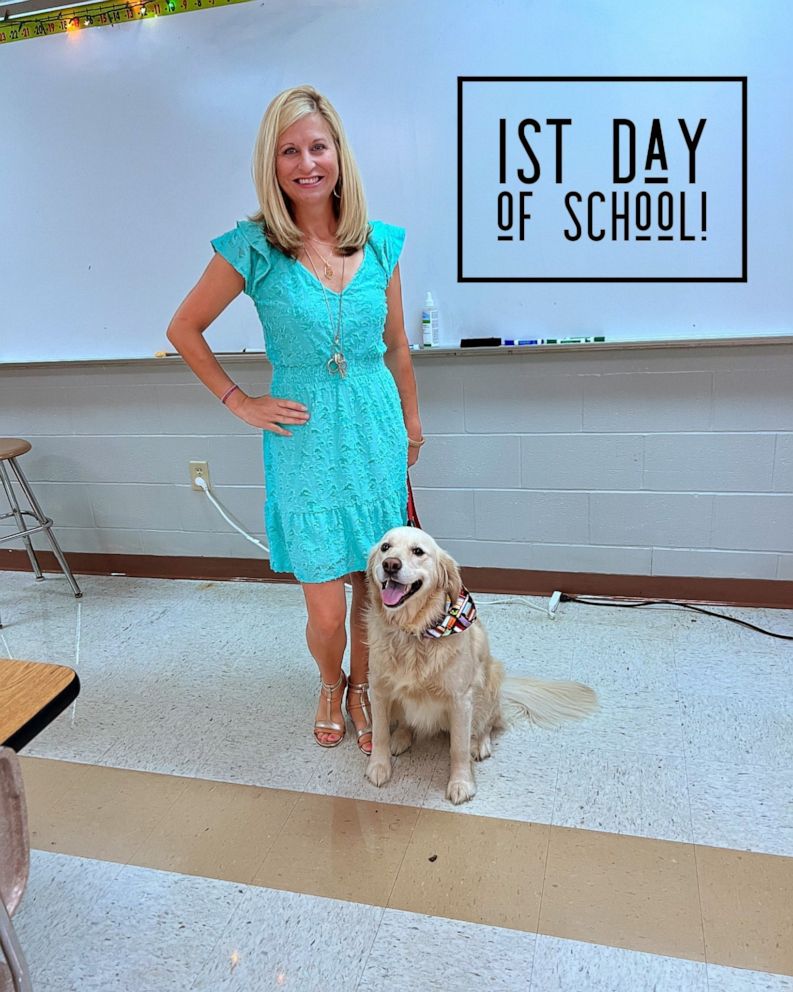 Like other staff members at Goshen, Meg even got the opportunity recently to sit for a yearbook photo. 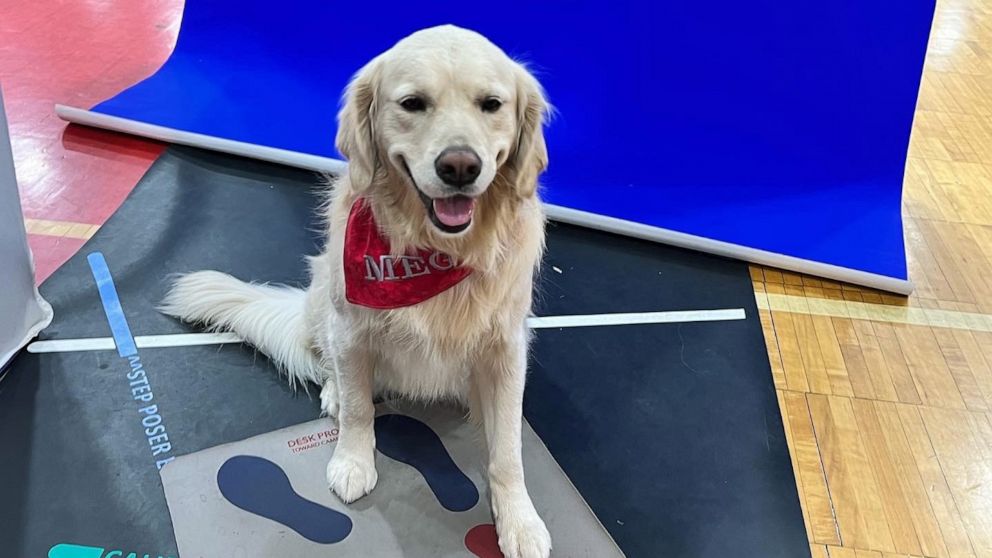 Goshen Local School District
Like the other staff members at Goshen Middle School, facility dog Meg was allowed to sit for a yearbook portrait.

DeNu, who is also a seventh-grade math teacher at Goshen, said Meg is as friendly as she looks. "The face you saw on her yearbook photo? That's her all the time," she said.

Meg, who was named after the actress Meg Ryan, is one of two facility dogs with Goshen Local School District and has quickly settled into her job as a skilled facility dog at the middle school. She is a purebred golden retriever who was trained by the nonprofit Circle Tail to be a service animal, according to DeNu.

"She was so social and had so much love to give, but yet still had this skill -- they decided, well, she needs to be with a lot of people, she needs to be a facility dog for a school, and so that was how her career was made," DeNu, who also received training from Circle Tail, told "Good Morning America." 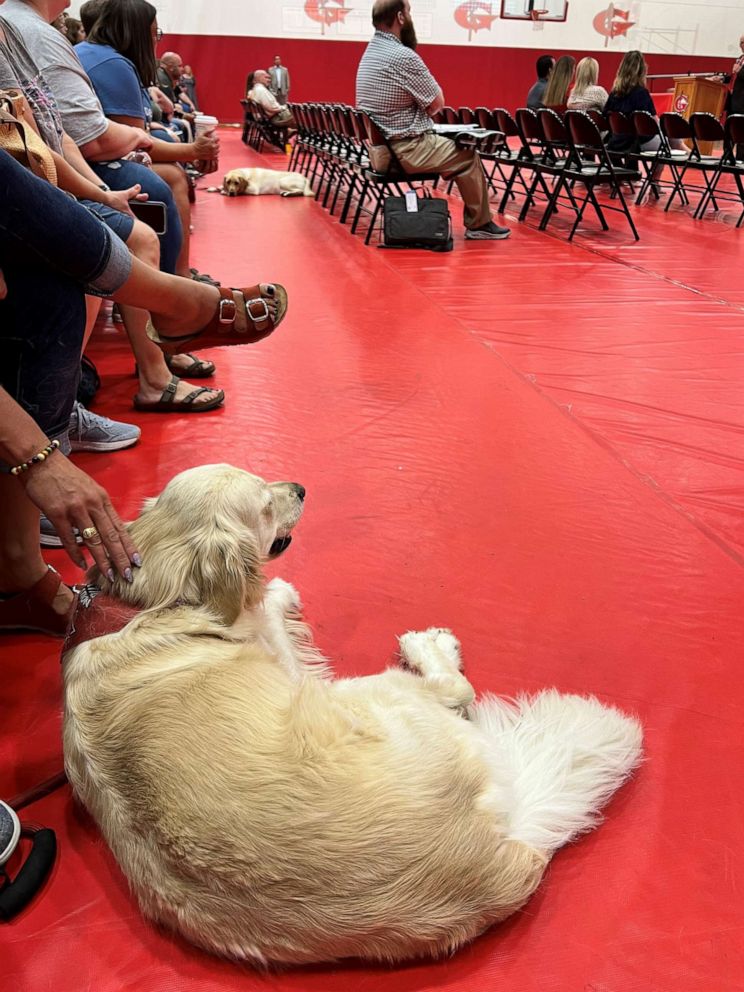 Goshen Local School District
Meg interacts with both students and teachers at the school and is treated like a staff member.

On weekdays, DeNu said she brings Meg with her to work, and in the mornings, Meg will go around to different classrooms and greet everyone with what's called her "golden growl."

"She grabs her stuffy animal and she goes up and down in the seventh-grade hallway, every single teacher, and she just does like a little whine which says good morning to everyone," DeNu recounted. "I thought she was crying and then I looked it up. It's a thing golden retrievers do, called the golden growl and she only does it in the morning and she only does it when she's excited to see her teachers every morning."

Goshen students can scan a QR code and request to see Meg to pet her or receive hugs from the pooch during their school days, in addition to Meg's regular rounds in school classrooms and events. Another handler, Jen Phillips, also brings Meg to other classrooms when DeNu is teaching. 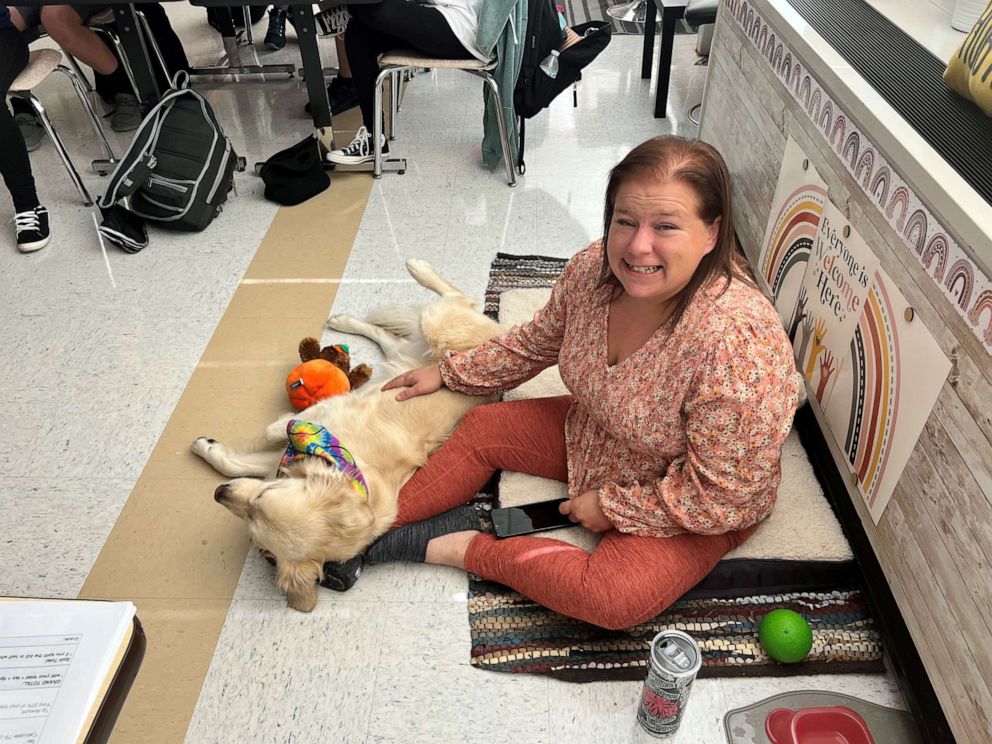 Goshen Local School District
In addition to DeNu, Meg also has another handler, Jen Phillips, who makes sure Meg gets to visit different classrooms while DeNu teaches in the classroom during the day. 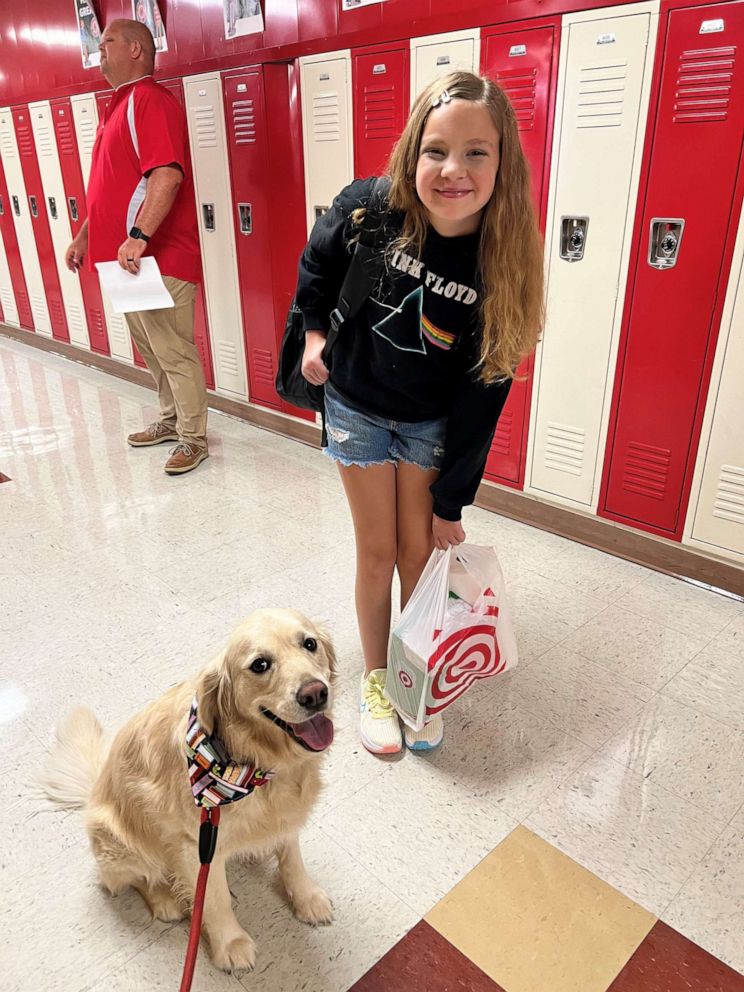 Goshen Local School District
Meg, a golden retriever, was trained to be a service animal before she became a school facility dog.

Meg's work also includes interactions with special education students at the middle school. "We have Meg visit certain classrooms, for those students to support them and work on their social skills and they're helping to support them emotionally, which is great as well," Goshen Middle School principal Wendy Flynn told "GMA."

DeNu and Flynn both say the reception to Meg among Goshen students and staff has so far been overwhelmingly positive, and district staffers are planning to add a third facility dog at another local school in the near future.

"It all begins with trying to take care of the whole child and make a great learning environment for kids," Darrell Edwards, the superintendent of Goshen Local School District, said. "We know that a lot of kids in today's world, they need a little extra support and a little extra care to remove any barriers to their academic learning, and Meg helps our whole team of staff do that."