The video of a mom bringing her toddler to a job interview is sparking a conversation over the realities of the current child care crisis.

Maggie Mundwiller, 38, from St. Louis, posted a video on TikTok explaining that she was invited for a job interview on June 22, but had no child care for her 1-year-old son, Mylo. When she told the interviewer that she would have to cancel, they told her, "We are child-friendly," and invited her to bring Mylo along.

"I was so excited and inspired," Mundwiller told "Good Morning America." "How cool is that -- that a company would be so welcoming? It's awesome to know that there are companies out there that are willing to work with parents and understand the struggles that parents are going through and just accommodate."

In the video, Mundwiller and Mylo can be seen getting ready for their interview. Mylo gets his hair combed, puts on formal business attire and washes the wheels of his stroller.

Mylo even has a fresh copy of his own resume handy to provide to prospective employers. His skills range from destroying a clean space in 30 seconds to spotting a dog a mile away, and he has a year's worth of experience that his two references -- mom and dad -- can attest to.

Realities of the child care crisis

Despite how adorable the video is, it highlights the struggles parents face in balancing child care with their work life -- particularly over the last year.

Mundwiller was coming off her six weeks of maternity leave last April when she was laid off from her job due to the COVID-19 pandemic. She's been looking for a job ever since, but with her husband working and their fear of exposing Mylo to the virus, Mundwiller faced the obstacle of who would watch him.

"It's really disappointing because I've had to miss opportunities throughout COVID," Mundwiller said. "The doctor's recommendation was to keep him isolated, keep him at home. It was really just our family unit in our home so I didn't have any additional support to help with Mylo while my husband would go to work and I was at home to even do a Zoom interview."

Mundwiller has even had to cancel at-home online interviews.

"I actually had to cancel two times with a company," she said. "It was right around Mylo's nap time so I was hoping that it would work out and it just didn't." 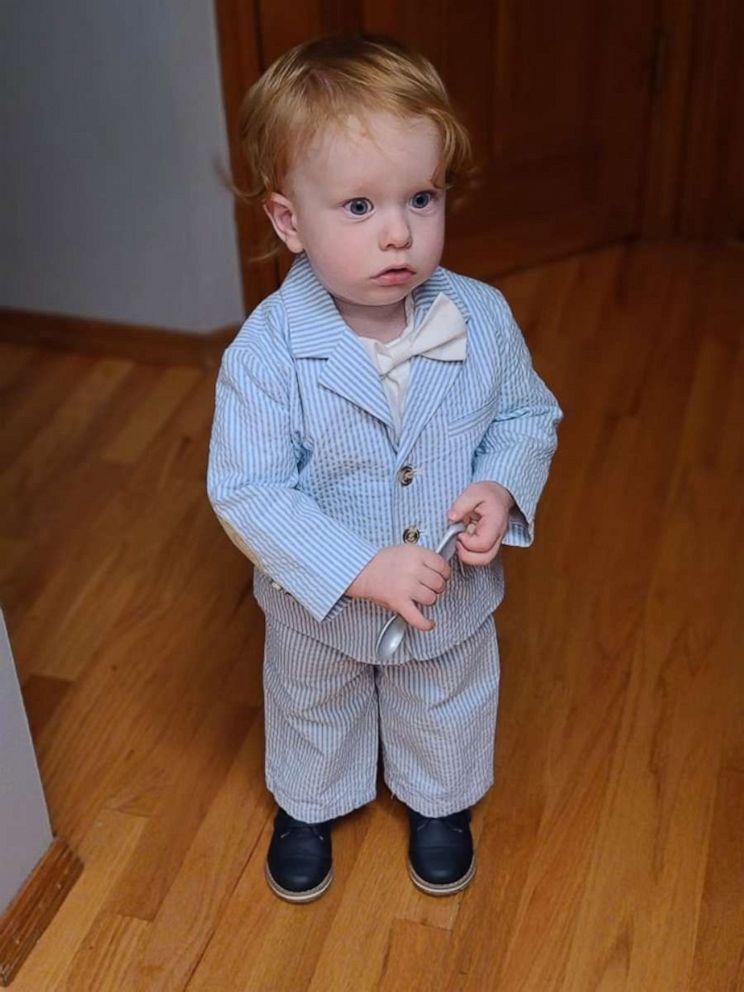 Mundwiller's not alone. More than 2 million women have left the workforce since the pandemic began, according to the National Women's Law Center.

In remarks delivered after the release of the April 2021 jobs report, U.S. Treasury Secretary Janet Yellen cited child care as one of the reasons people are not returning to work. "Caregiving responsibilities and the absence of child care are still important reasons why people are unable to return to work," she said.

What employers can do to support parents

To assist families returning to the workforce, President Joe Biden announced his "American Families Plan," which would offer universal pre-K to 3- and 4-year-olds, up to 12 weeks of paid family and medical leave and a cap on how much low- and middle-income families would have to pay for child care.

But parents like Mundwiller said that employers themselves can do more to ease the transition back into the workforce and support parents.

Allowing space for parents to be authentic and not force them to separate their work and home life is important, Mundwiller said, as it acknowledges that they're real people outside the office.

"I have definitely felt like this in parts of my life where I feel like I have to put on a different face to walk into work," Mundwiller said. "But I've started coming to this realization that it's so much more important to be authentic and be my real self than trying to meet this idea of what it means to be a working woman."

"People have transitions in life that they can't control," she continued. "There are things that are out of your control. So rather than firing someone because they're late because their child was sick or whatever it may be, there's so many ways companies could partner better with their employees."

Another way employers can support parents is by being flexible.

"Especially with this past year, we've had to learn and grow and be flexible in the way that we conduct business," Mundwiller said. "We've seen worldwide that we can be successful outside of a traditional workspace so it doesn't have to be so rigid. It doesn't have to be that clear-cut 9-to-5."

She added, "People should have room to work within the scope of their life in what works for them and works for the business, and pair together to see how they can make that work."