Danielle Boyer knew she was interested in robotics from a young age. But with limited learning resources -- a problem many Native American students face -- Boyer, who is Ojibwe, said she had to take things into her own hands.

She taught herself through watching YouTube videos, flipping through old electrical engineering books, examining maker kits on Amazon, and then "reverse engineering" everything.

Now, as the founder of the nonprofit The STEAM Connection, Boyer, 22, is on a mission to promote technical and cultural educational opportunities among Native American youth like herself -- sometimes combining both in the form of robots that teach Indigenous languages, as they face risks of dying out.

"I believe in equipping students with 21st century skills to be able to create solutions for our communities," said Boyer, who has since dropped out of college to run the nonprofit full-time. 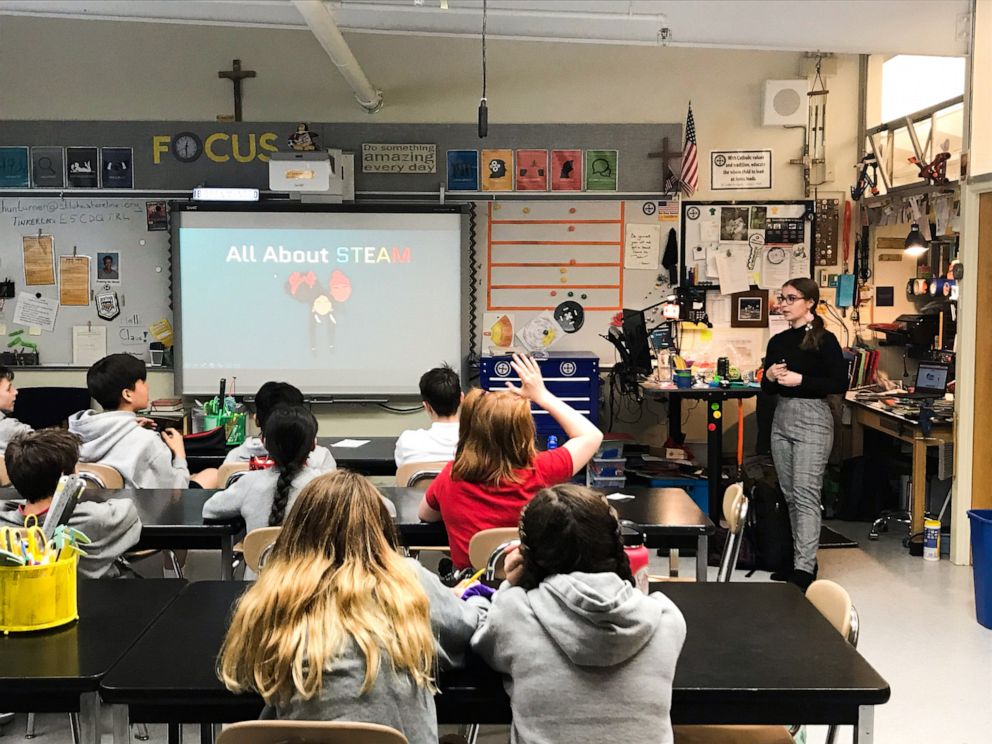 Tech opportunities are inaccessible for many Native American students, who often live on reservations in rural areas with limited internet access and face financial barriers to educational technology, Boyer said. For example, one educational robot that was required for her sister's participation in a competition was $500.

Native Americans also lack representation in technology fields, constituting only 0.3% of engineering bachelor's degrees, according to a 2021 report from the National Action Council for Minorities in Engineering. American Indians and Alaska Natives made up just 0.3% of all employed engineers overall in 2010, according to the group's 2014 research and policy brief.

"When you're looking at role models, there's not a lot to see," Boyer said.

After her family saved up enough money, Boyer, who had been home schooled, said she was excited to finally join a local high school robotics team. But the experience wasn't what she imagined.

"I was one of the only girls, and I got bullied really badly," she said. "I was the only Native person as well." 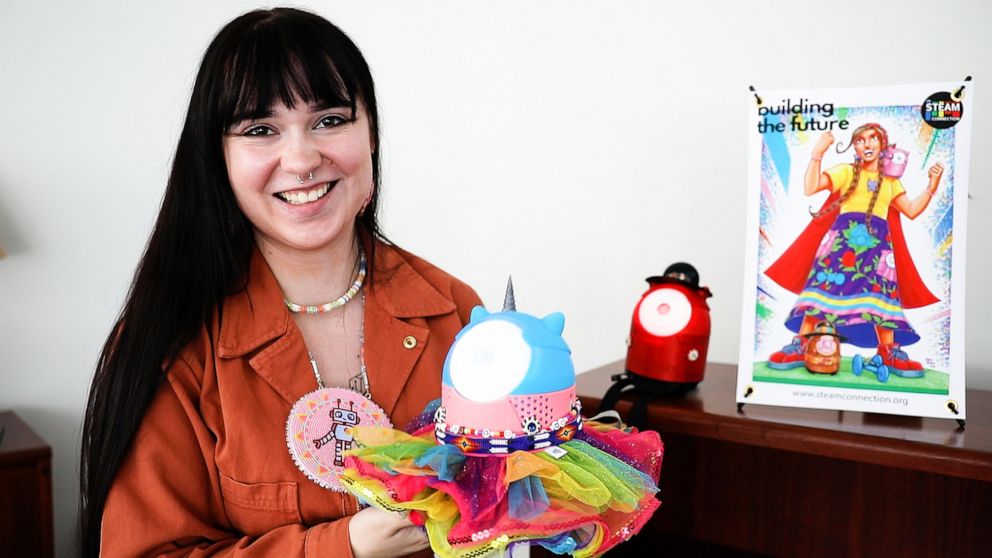 She said her experience was the impetus for The STEAM Connection -- STEAM stands for science, technology, engineering, art, and math -- whose goal, Boyer said, is to create safe and accessible learning spaces, especially for Indigenous students and girls.

After she founded the organization, the next thing Boyer did was invent Every Kid Gets a Robot (EKGAR), an educational robotics kit with materials for students to assemble, wire, and program their own robot cars that they can drive around with their phones. To date, she has sent more than 8,000 kits to tribal schools, free of cost.

Ensuring their accessibility for every Native student, Boyer said all her robots are able to run without internet. They're also all 3D-printed from recycled plastic, she added, noting that "caring for the land" in all aspects of life is essential to Indigenous communities.

She recently piloted EKGAR kits made of biodegradable materials in some tribal schools as well. 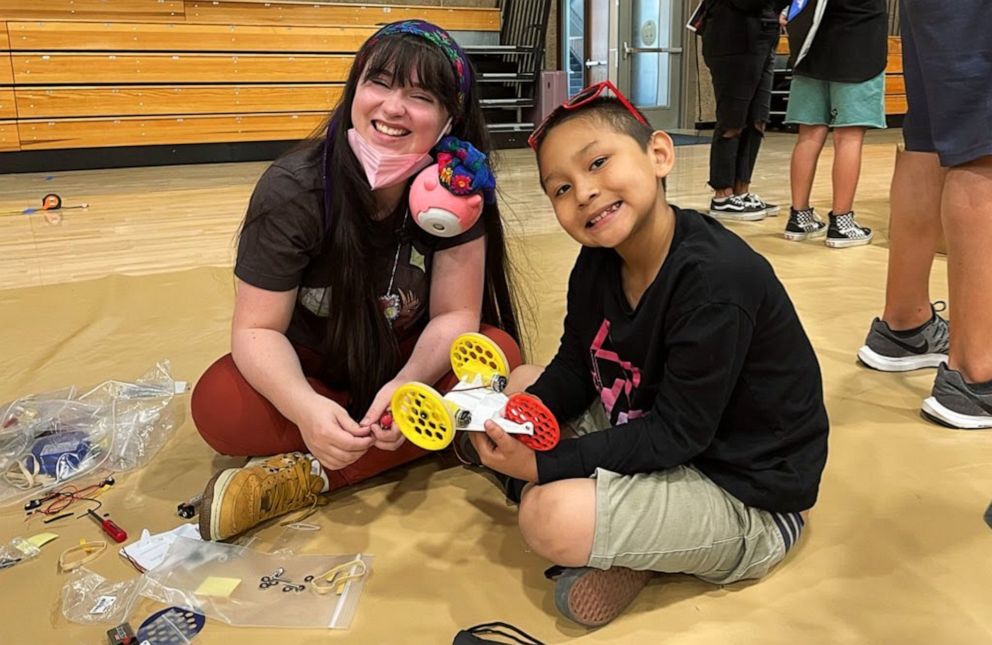 Danielle Boyer
Danielle Boyer builds a robot car with a student using the robotics kit she invented, Every Kid Gets a Robot.

Boyer's latest invention -- and her favorite so far -- is the SkoBot, a wearable language revitalization robot that teaches children words and phrases in Indigenous languages, inspired by Talking Elmo.

The phrases were recorded by Indigenous elders, language experts, and even the kids who use them. 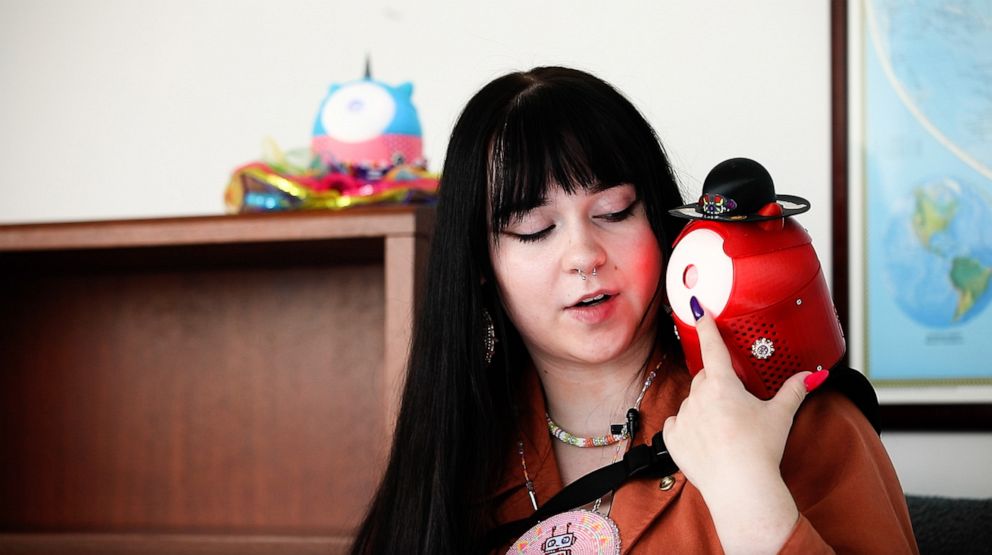 Boyer said she hopes the SkoBot can not only spark Indigenous students' interest in tech but also in learning their languages, which she said have experienced a "systematic erasure" over generations.

During much of the 19th and 20th centuries, Native American children were separated from their families and placed in boarding schools where they were forced to sever ties with their culture and prohibited from speaking their languages. If they did, they were punished.

The lingering trauma from the boarding school era continues to impact survivors, many of whom are now the grandparents of Boyer's generation. To this day, some are still afraid to speak and pass down their languages. 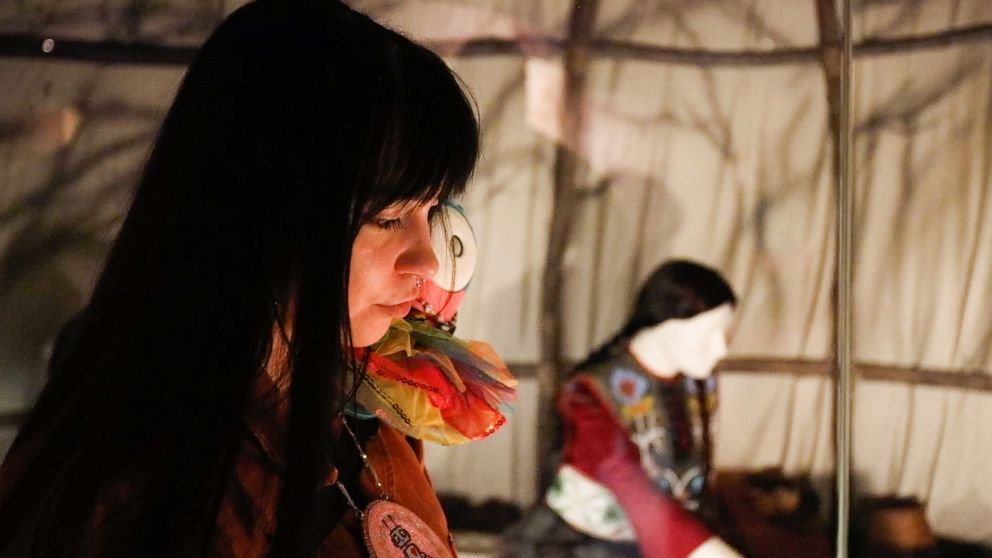 The pandemic has also torn through the ranks of Native American elders -- some of their tribes' only remaining language speakers -- further threatening the survival of Indigenous communities' bonds and traditions.

"And so, I think it is so important for us to be able to have access to learning our languages," she added. 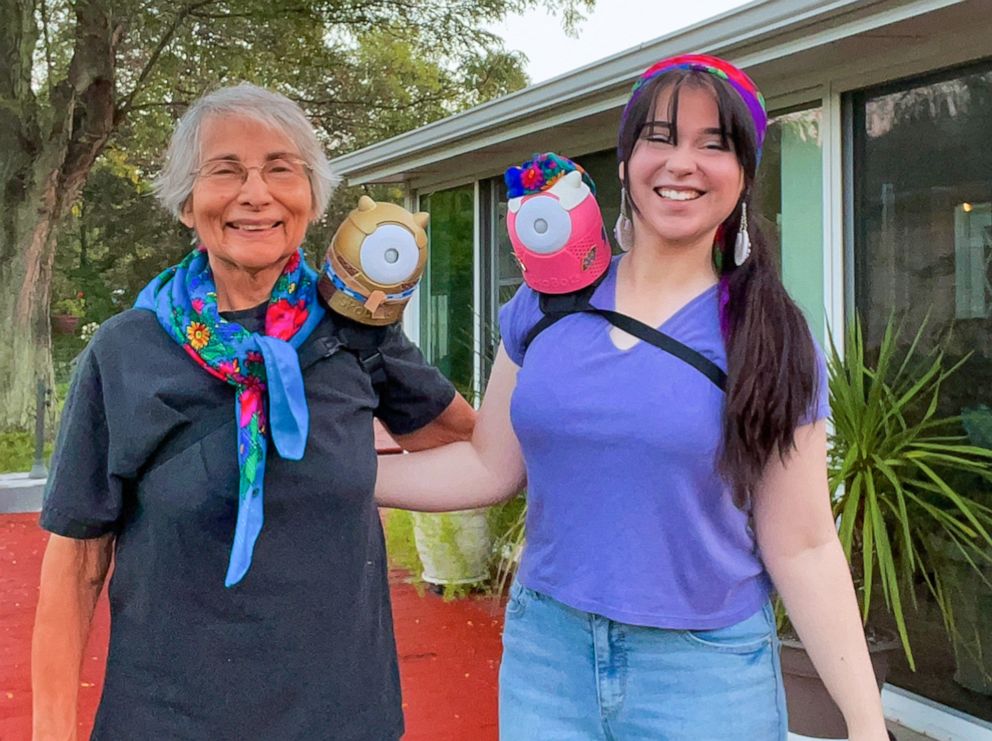 Danielle Boyer
Danielle Boyer poses with her grandmother, both wearing her invention the SkoBot on their shoulders.

Through her newest endeavor, Boyer is dipping her toes into the realm of augmented reality. In partnership with her friend Kevin Villanueva, an augmented reality designer with Chicano and youth-led group Lucid Skies LLC, she developed a virtual version of the SkoBot in the form of an Instagram filter that people can interact with on their phones. 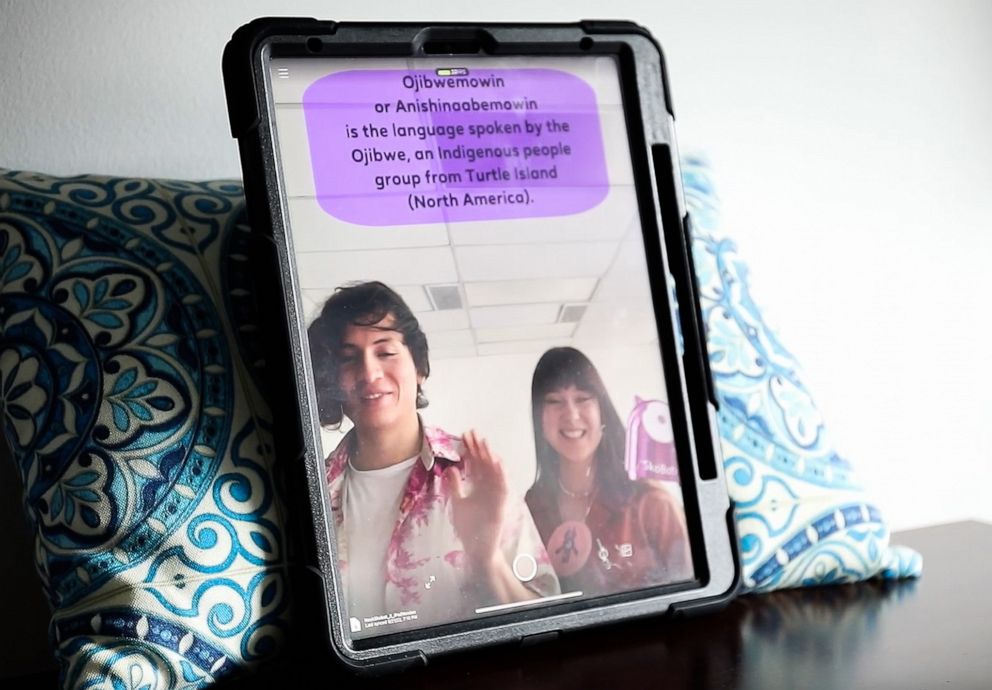 ABC News
Danielle Boyer and Kevin Villanueva demonstrate the Instagram filter they co-developed, which features an interactive, virtual version of the SkoBot.

While striving to connect Indigenous youth to their culture and language traditions, Boyer said she sees her work as part of a long -- though often unacknowledged -- history of innovation among Native American communities.

"Our peoples have always been scientists and inventors," she said. "I think when a lot of people think of Indigenous peoples, they see us purely in the past, as existing in the past, and they don't see our cultures and our communities surviving, existing, and thriving in the present."

"When I create the robots, I want people to be able to see that we are creating solutions now for our communities, to uplift our communities based on the problems that we see," she added.