The language, the abundance of LGBTQ+ spaces, the media representation -- life as a young queer person looks a lot different than it did for the generation that helmed the movement toward equal rights.

In honor of Pride Month, ABC News spoke with five people, of all different ages, about how far the LGBTQ+ community has come toward equality and inclusion and how much farther it has to go. This is what they had to say.

This interview was edited for length and clarity.

Talk about your journey toward accepting or knowing who you are and your identity.

Donald Bell, 71, a gay man from Chicago: “I grew up in the mid-20th century at a time when we all lived heteronormative lives. My experience was: having some sense that I was different, but not quite knowing what it was. I followed the hetero normative tasks of dating, of being engaged even by the time I went off to university, and in my sophomore year, I met my floor resident advisor when I went back as an orientation guide and I fell in love at first sight.”

Cindy Wilker, 61, a lesbian woman from Pueblo, Colorado: “I was born and raised in Pueblo, Colorado, which is a fairly small-town environment, and it was a very hostile environment in the ’70s for gay people, as it was everywhere.” 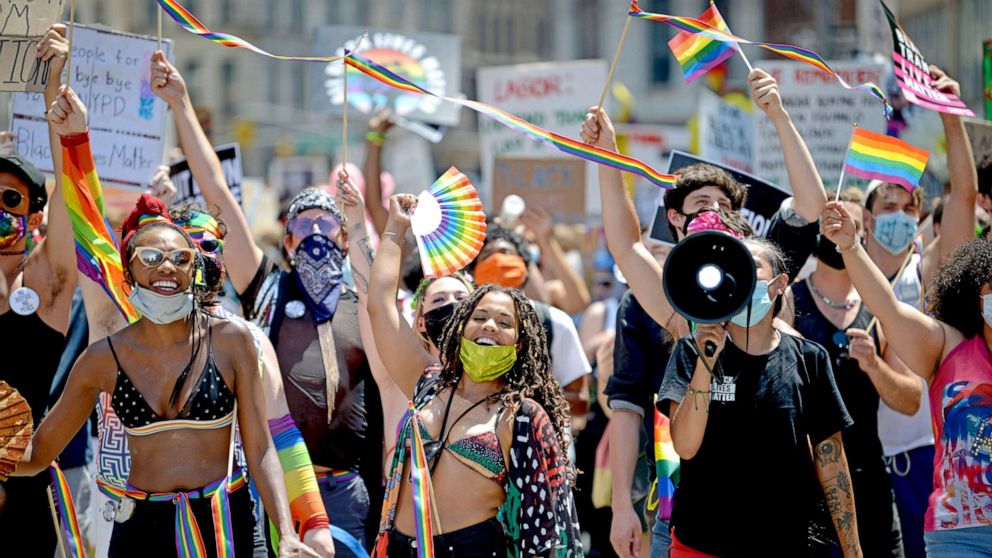 “I see kids very much living the same kind of life here in Panama City, Florida. It's frightening and it's frustrating and it's hurtful and that's why we dedicate so much of our time trying to raise awareness and education here, because the south part of the United States is a very scary place.”

Krysta Shaye Ortiz, 25, a queer woman from San Antonio: “There are so many things outside of our control in our identities, and one of those that we don't get to choose for ourselves is race and there's always different layers of marginalization there.”

Miles Dumas, 16, a pansexual non-binary teen from Brockport, New York: “I didn't have one path … For my gender identity, it was very rooted in social media. I saw other people expressing themselves, and I saw that as different, and I saw that as: ‘Hey, I feel like that, too.’ And once I started to realize that that's okay, and I can express myself how I want to, I realized that I could be more comfortable in myself in certain ways with sexuality. It was a lot more confusing because I'm not gay. I'm not straight. I’m pan -- I’m in between and it was really hard for me to pinpoint.”

Ren Dumas, 12, who identifies as an omnisexual, transgender boy, from Brockport, New York: “When I was seven, that was when Miles first came out and I just I felt it made sense to me that this label describes how I'm feeling. So at seven years old, I came out as a lesbian and, later on, I realized that I was a trans guy, and also liked men.” 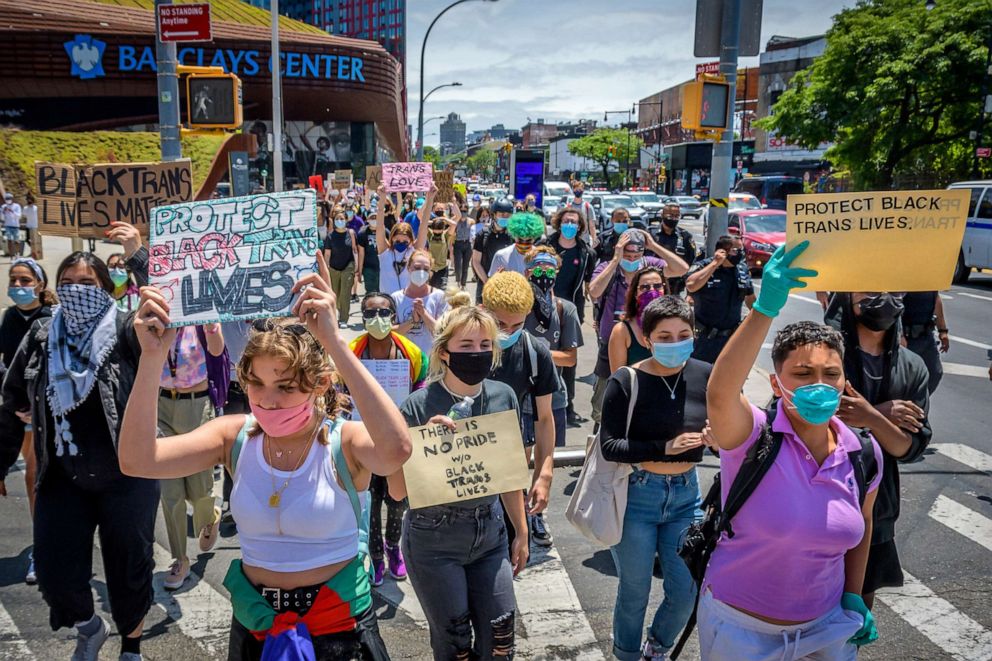 Erik Mcgregor/LightRocket via Getty Images, FILE
A large crowd of LGBTQ youth march across downtown Brooklyn during Pride Month in support of the Black Trans Lives Matter movement and demanding justice for all victims of police brutality as well as calling to defund the NYPD, on June 17, 2020 in New York City.

For our older folks, what LGBTQ+ or queer spaces and groups did you have when you were younger?

Bell: “It depends upon the luck that we had as individuals. I was lucky enough to be born to a set of accepting parents.”

“I asked my mother near the end of her life if my sexual orientation compromised her religious beliefs, and you know my mother looked at me as if I were insane.”

MORE: How 3 Black trans activists are working toward a 'better future' for San Francisco's trans community

Wilker: “What I learned early on, was that there were gay bars -- they were in dark corners of the city. Man, you had to have a secret knock and they slid a door, they go in and boom boom --”

“We started to have parades when 1980 came along, we also had AIDS. We looked for safe spaces there as well, and there weren't many. It was as if everything AIDS touched died. There were times we were going to three funerals in a day. It was absolutely devastating.”

“In terms of schools, they can still throw you out of school if they found out you're a lesbian. Where I grew up, women couldn't even cohabitate in a home together. That was against the city ordinance, so there was a lot of stuff built in that just made living as a lesbian impossible or as law-breaking for all of us.” 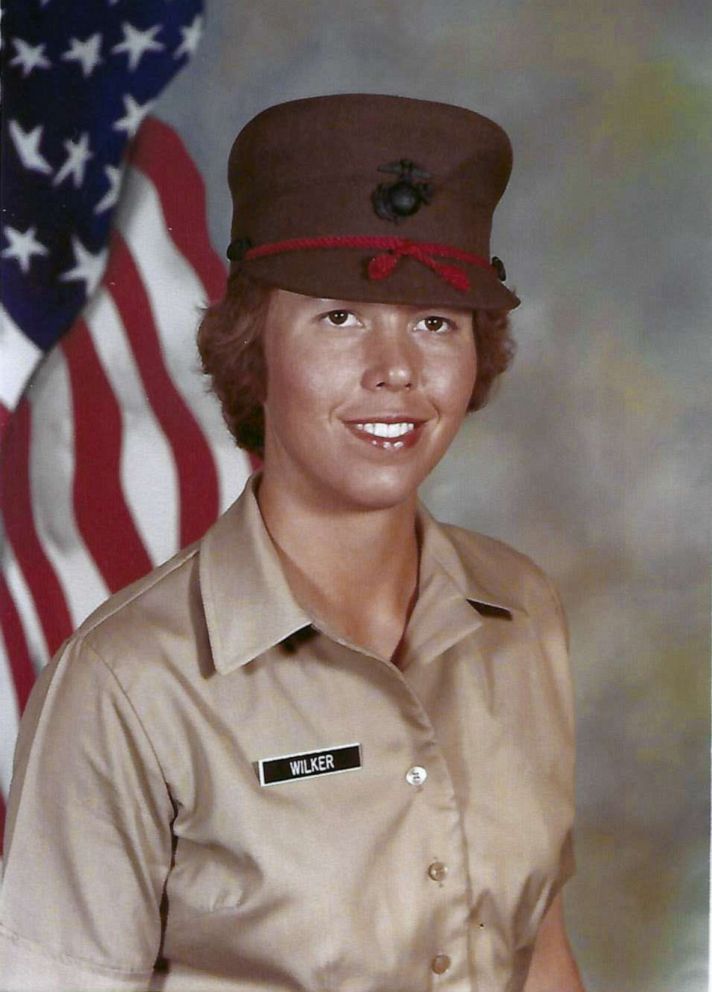 Courtesy Cindy Wilker
Cindy Wilker, now 61, served in the Marine Corps. when she was younger. She said that even though she was proud to serve her country, shes angry about the lack of equality and protections for the LGBTQ community to this day.

And for the younger folks, how does that differ from what you have today?

Ortiz: “It's also funny to think of Cindy you mentioned gay bars -- I'm like heck yeah, I still go to the gay bars … When you genuinely meet folks that you come across and just vibe with and can follow up on Instagram and it's definitely been a perk of social media, being able to follow up and keep in touch and able to genuinely hang out with those folks again. Organically, in some way, my friend groups are also predominantly queer, also predominately queer people of color.”

Miles: “Now we have clubs and there's more out people now in schools, especially since the younger generation is more open-minded than past generations. We see more population of the younger people gathering and just expressing themselves, so we have groups like diversity club where it’s any group that's oppressed and we all join together and we all talk about whatever is on our mind.”

“I’ve found that a lot of freshmen and younger people come to me to be like: ‘This is what I'm going through. Can you help me out in some way?’ And I always do because I know the struggle.”

Ren: “School, family and friends are my big spaces. My school has a diversity club which is, like Miles said, a place for minorities to come together and make the school a more accepting place. A majority of my friends are LGBTQ, and it's really cool because I can talk to them about stuff.” 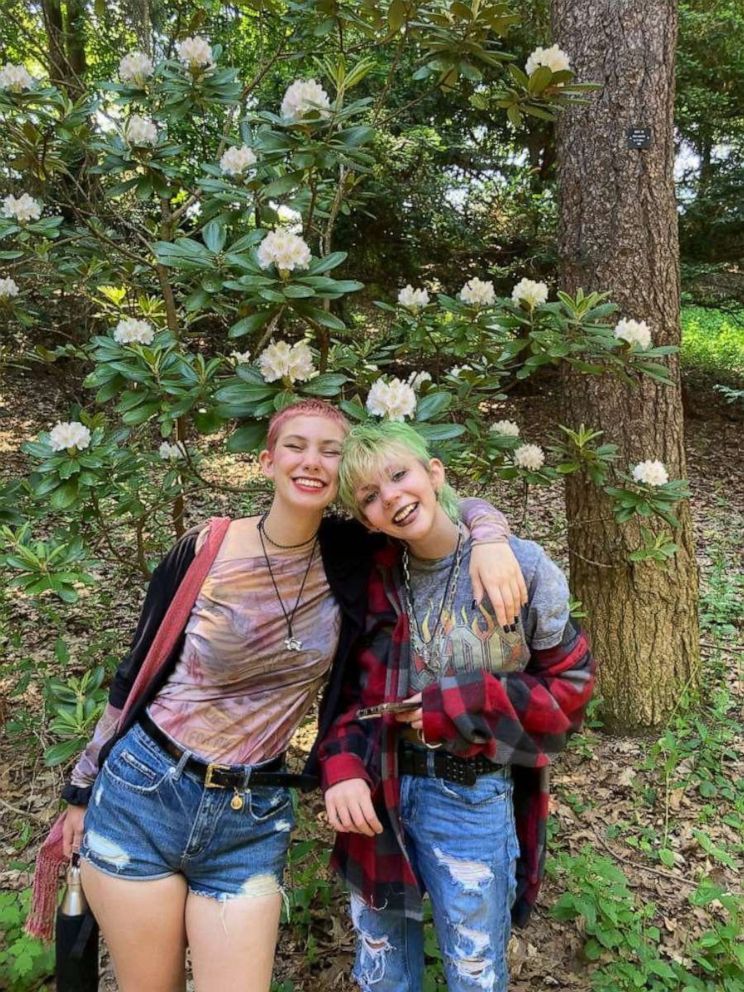 Courtesy Tony Dumas
Miles and Ren Dumas pose for an image during a visit to Highland Park in Rochester, N.Y., May 31, 2021.

What do you think that the other generation thinks of you?

Bell: “We happen to be lucky enough in this particular community that the people who have lived the entire arc of our civil rights struggle in the LGBT community are still alive, and those are people of my generation.

“We need to understand that we need to bind together and share identity and share experiences. It's important to know on whose shoulders you stand. It's important that young people know what our experiences are -- they need to know our history, and they need to know the context of that history, so that when they can continue to progress; they don't have to reinvent the wheel on some issues and they can safeguard the progress that we've made.

“'Queer' today is used as an identity, and I have no problems with that. Everyone is in charge is responsible for how he or she or they identify themselves and they can identify as anything that they want to identify as but understand that for many members of the older generation, queer is a triggering term. It's the language of our trauma. Queer in our time was equated with perversion and for gay men, it was equated with pedophilia.

“When we think of things like pride, remember that the pride parades, pride demonstrations started out as political demonstrations. We were fighting for our rights and if they come to mean flags and glitter or whatever, then things can be lost.”

Wilker: “What I'm thinking that the one thing that Miles has that I didn't have and still don't fully have are the words. You're growing up to the complete different lexicon than Donald and I did.”

“I’m so appreciative of the younger generation for giving us an opportunity to be part of their future … I think you have the desire to make a big change, so I'm right behind you. If you need me, call me.” 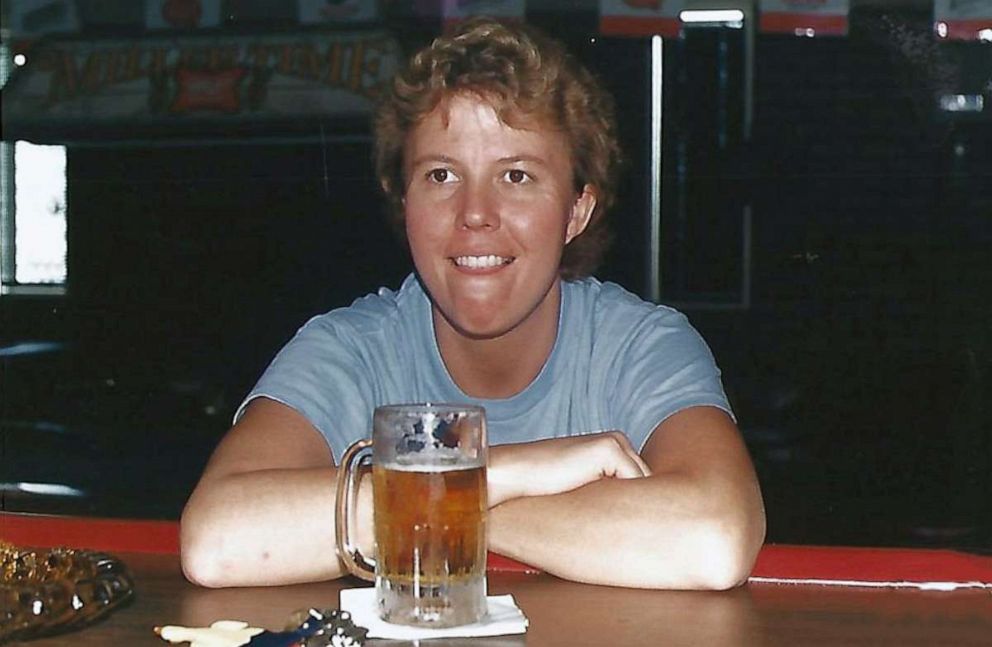 Courtesy Cindy Wilker
Cindy Wilker, now 61, said she found solace in lesbian bars when she was younger. Now, she said, these kinds of spaces and their history are disappearing.

Miles: “I'm very glad that this generation is so touchy. We're 'snowflakes' but I think that's really good because we're not losing that fight against such close mindedness.”

“I'm glad that we're always fighting for what's right, but you know we're social justice warriors and people really make that out to be bad, but seriously we just want everyone to be happy and included.”

“Every pride month, just seeing the older generation there with us, knowing that those people before me, who had it so much worse and got through it and are here to tell the tale -- it's so inspiring and it gives me so much hope.”

“The same fight still lives on and the difference is that, we are growing and educating ourselves from the inside out and we are moving with different tactics while still honoring and utilizing what was done previously.”

Bell: “We’re the same folk -- we're just differentiated by age and generation, but we're the same folk, fighting the same battle. We have the same interest and what we cannot allow ourselves to be denied is our connection.” 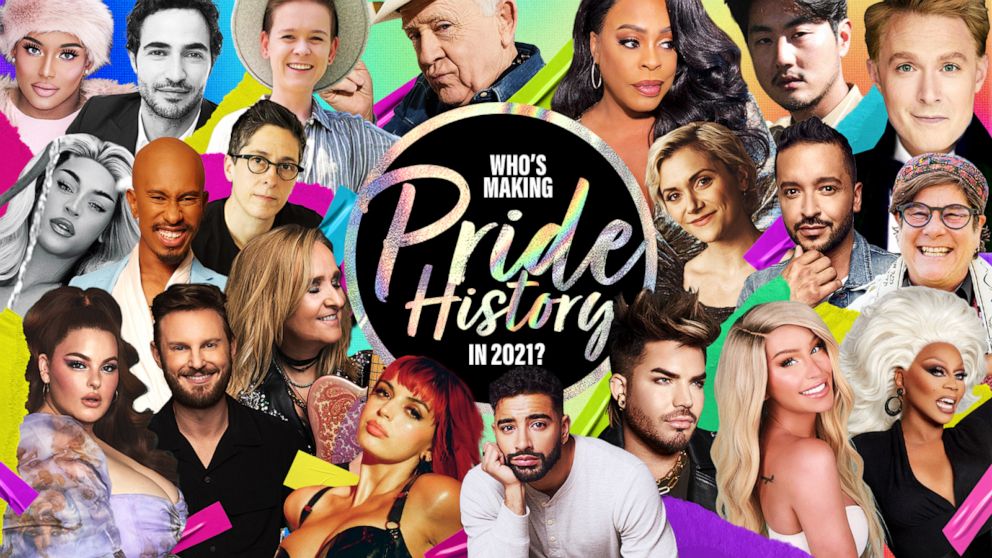