C.J. Stewart has spent more than a decade hosting high school baseball team tryouts in his former Atlanta neighborhood every spring. But the players chosen are not for an ordinary team. They are students handpicked by Stewart and his wife, Kelli Stewart, with a goal that extends far beyond winning on the field.

The team is part of an organization called Launch, Expose, Advise, Direct, or L.E.A.D., which aims to help Black boys in low-income households break out of the cycle of poverty and incarceration in their neighborhoods through the game of baseball.

Stewart, 44, knows about their neighborhoods because he is a product of them. He grew up in inner-city Atlanta and his love of baseball gave him a reason to stay out of trouble, he said.

Stewart went on to play baseball for Georgia State University and then played professionally for the Chicago Cubs organization. He's now a successful batting coach who has developed some of the game's top professional players such as the Cubs' Jason Heyward and St. Louis Cardinals' Dexter Fowler. 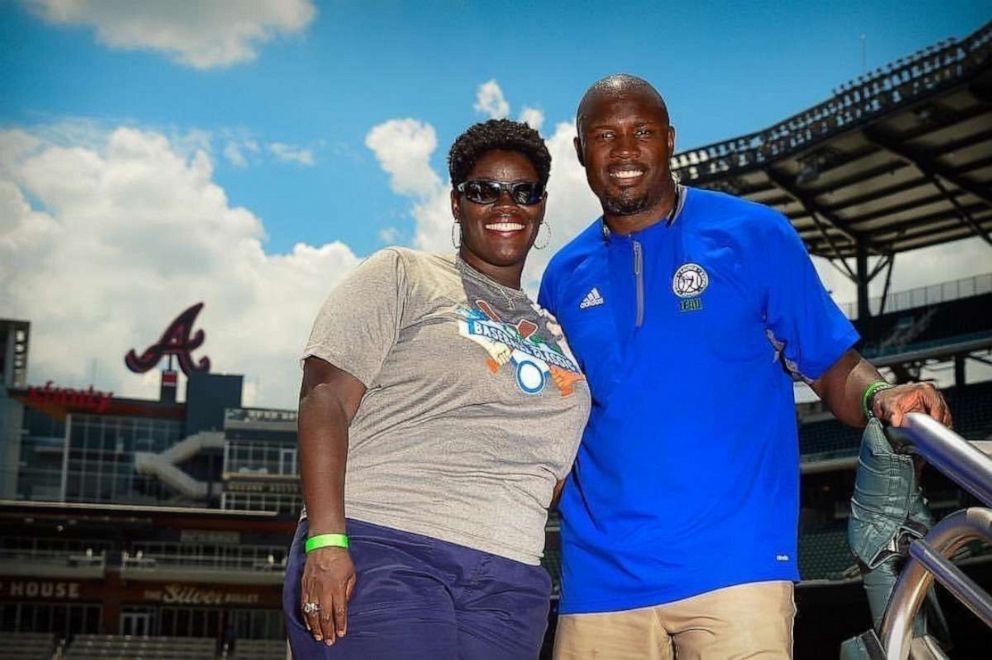 When a client asked Stewart about the decreasing number of Black baseball players and what he was doing about it a lightbulb went off. The percentage of Black MLB players was just 6.7% in 2016, down from a high of 18.7% in 1981, according to the Society for American Baseball Research.

He decided that he would go back to the neighborhood where he grew up to help people using the sport he loves.

"We really use baseball as a vehicle to help Black boys overcome crime, poverty and racism," Stewart said about the program.

More than just a baseball team

Each year, the program hosts tryouts for young men who attend Atlanta Public Schools. Players, who they call "ambassadors," are expected to uphold the highest standards in school and in life. 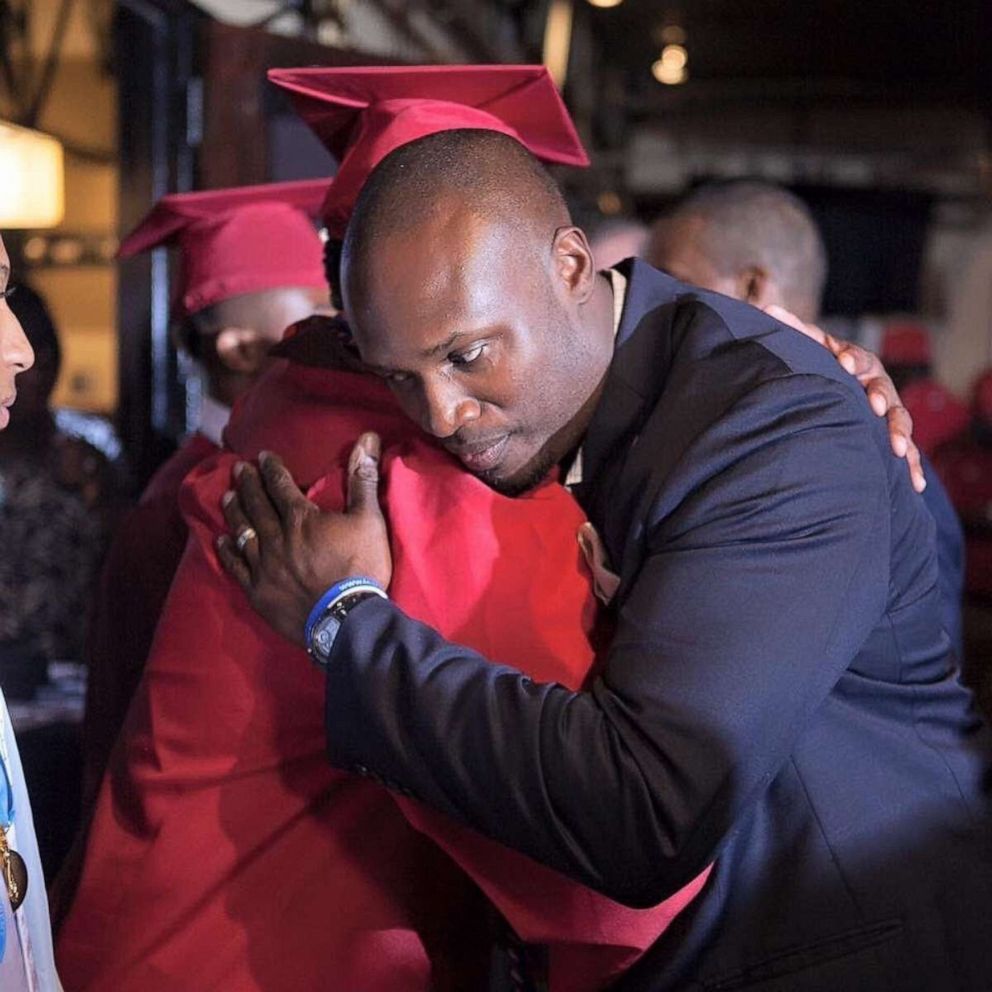 C.J. Stewart
L.E.A.D is focused on giving their young men opportunities to succeed as a reward for their hard work.

Stewart likes to compare the program to the Navy SEALs because if expectations are not met, the young men will be cut.

"Expectations [are] an empowering thing," Stewart said. "We're saying, 'We expect you to meet the standard. We believe you can do it. Here are the resources that you need. But if you don't, the accountability will be swift and clear.'"

With hard work comes rewards and opportunities. On top of playing travel baseball and getting recruited by college coaches for free, the teens also take part in networking opportunities with some of Atlanta's top business leaders and politicians.

"We need to get away from philanthropy in this country and giving people what we want them to have," Kelli Stewart said. "We need to make sure we are providing people with the resources and the tools that they need in order to be great in order to break generational cycles of poverty."

The program boasts a staggering graduation rate. Since its start in 2007, 100% of the students have graduated from high school, 93% enroll in college and 90% of them enroll with scholarships, according to Kelli Stewart. Several young men have gone on to get college degrees, while some have enrolled in the Army, finished master's programs and started careers at top companies in the Atlanta area.

"The most rewarding aspect of founding L.E.A.D. is giving our boys the knowledge that they have someone in their corner," Kelli Stewart said. "Day to day, they're battling homelessness, battling stability ... you can get to a point where you have no hope because you have no help. For the young men who are a part of L.E.A.D., they see people willing to help make a change in their lives."

Two success stories from the program come from former L.E.A.D. ambassadors Tyquavious Noland and Kavin Swift. Noland recently graduated from LeMoyne-Owen College, where he played baseball for four years and got his bachelor's degree in finance. He's now part of the management training program at Enterprise Rent-A-Car. Swift graduated from Benjamin E. Mays High School in Atlanta and will attend the University of West Georgia in the fall where he will work toward a bachelor's degree. 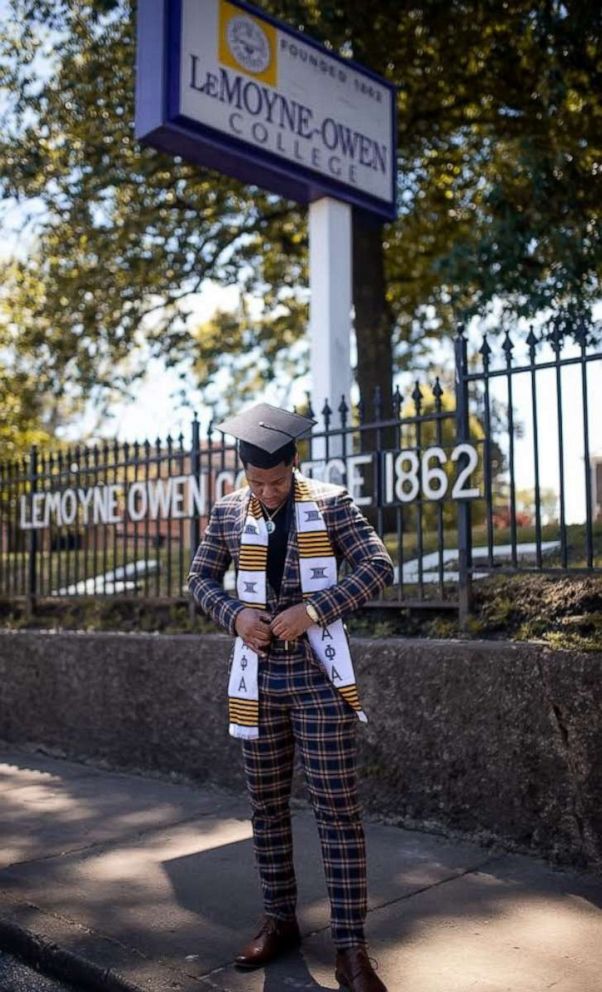 "I'm not a bad kid, but I like to say I wouldn't be in situation I'm in today without L.E.A.D.," Swift said. "I'm from the west side of Atlanta and some parts are in a real rough neighborhood. So that being said, I would have eventually adapted to that environment and not be where I am today."

Both young men say the opportunities L.E.A.D. has given them would have been otherwise impossible to find in their communities, but acknowledged that it took hard work to earn them.

"They push us to be great and excellent. It's a life-changing program. It literally saved my life," Noland said. 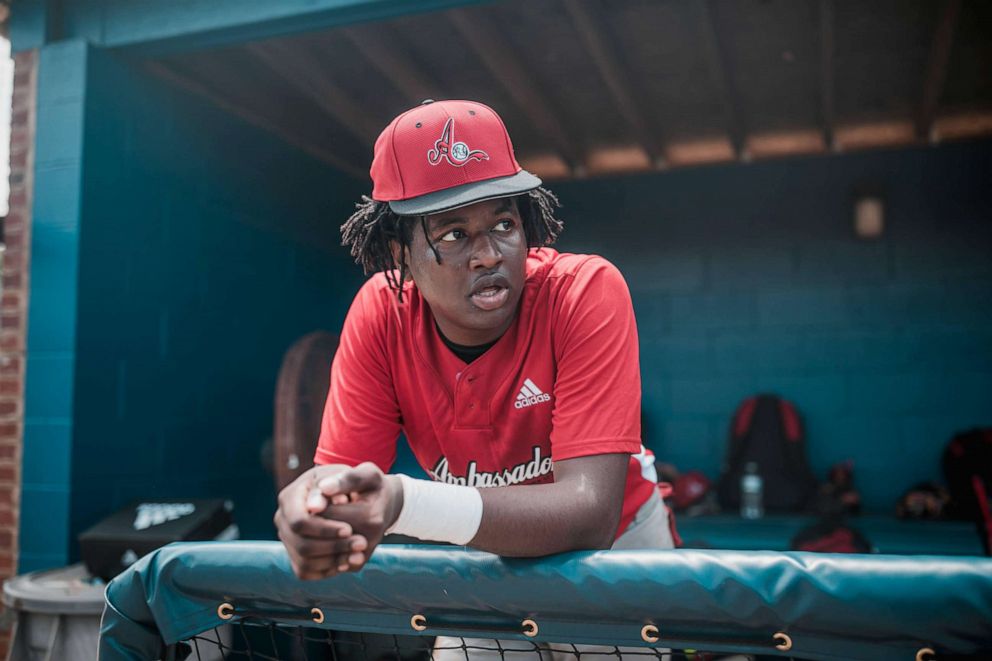 iSmooth Media
L.E.A.D Ambassador Kavin Swift graduated from Mays High School in Atlanta and will attend the University of West Georgia in the fall.

"If I'm not on top of my stuff I won't make it out," Swift said. "Hope isn't enough. You have to put in the man hours and put in the time to achieve your dreams."

Giving back to their community

Noland and Swift are two of the many L.E.A.D. ambassadors and alumni who are working to give back to their community. L.E.A.D. also invites boys starting in sixth grade to try out for middle school teams to instill their values even earlier.

"Statistics show that one of the main reasons that young people join gangs is to feel a sense of family and sense of community," Kelli Stewart said. "By having our older ambassadors and alumni connect with the junior ambassadors ... we're creating a positive family experience to be a part of." 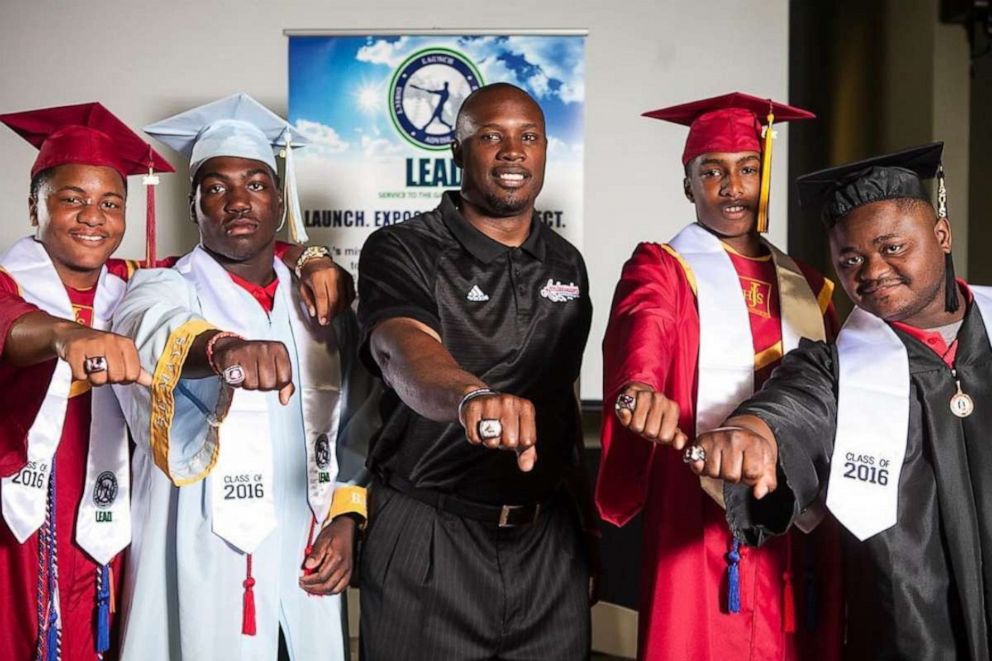 C.J. Stewart
100% of the young men that go through the L.E.A.D program graduate from high school and 93% have enrolled in college, according to Stewart.

To the young men in the program, it's important for them to share their success with their community by sharing positive platforms and giving the next generation the chance to succeed.

"My community is one of the most dangerous communities in America," Noland said. "If you're doing this just to be successful for yourself, it's no good. We make sure that we go back and give back."

"We're much more than a baseball team. We're brothers," Swift said. "We come together to help our community."

Kelli Stewart said sports has always been a "liberation tool in the Black community" and hopes that the successful alumni of the program will continue to pass down opportunities to future generations.

"I think we need to make sure we continue along that legacy sports has left," she shared. "We need to continue to make sure our ambassadors understand the tremendous opportunity they have and the platform sports provides them. They need to know how to use it wisely and how to use it to the benefit of the community and not just themselves."