A group of grade-schoolers is inadvertently bringing joy, laughter and some wise words to thousands of strangers, all thanks to their Peptoc art project.

Peptoc is the brainchild of art teacher Jessica Martin and artist Asherah Weiss, who worked with the K-6 students at West Side Elementary School in Healdsburg, California. The children created vibrant flyers and posters filled with charming drawings and reassuring messages.

But it’s the second component of Peptoc – a free hotline – that has unexpectedly gone viral. 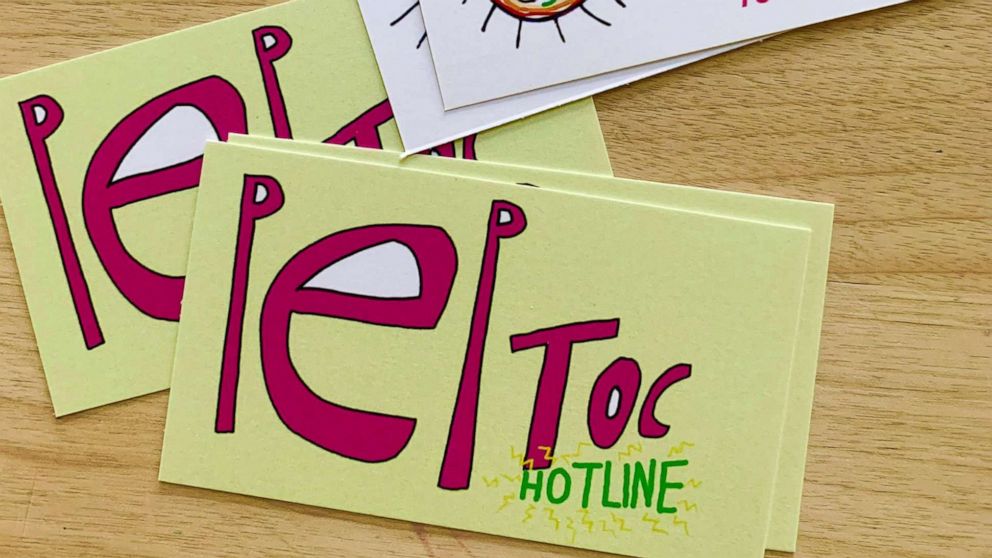 Asherah Weiss
Thousands have been calling the Peptoc hotline since it launched on Feb. 26.

To experience Peptoc, simply dial 707-998-8410 and you’ll be greeted by several students who will give you multiple options to choose from:

“Please listen to the following options for encouraging messages. If you're feeling mad, frustrated, or nervous, press 1. If you need words of encouragement and life advice, press 2. If you need a pep talk from kindergarteners, press 3. If you need to hear kids laughing with delight, press 4. If you would like to make a donation to support this project, please press 6. For encouragement in Spanish, press 5.”

MORE: 5-year-old's advice to mom is the motivation we all need

The kids are full of suggestions: punch a pillow or go scream outside if you’re frustrated; indulge in ice cream if you’re sad or angry. They can be the cheerleader that’ll pull you right out of an afternoon slump: Try it again! Believe in yourself! It’s OK to be different! 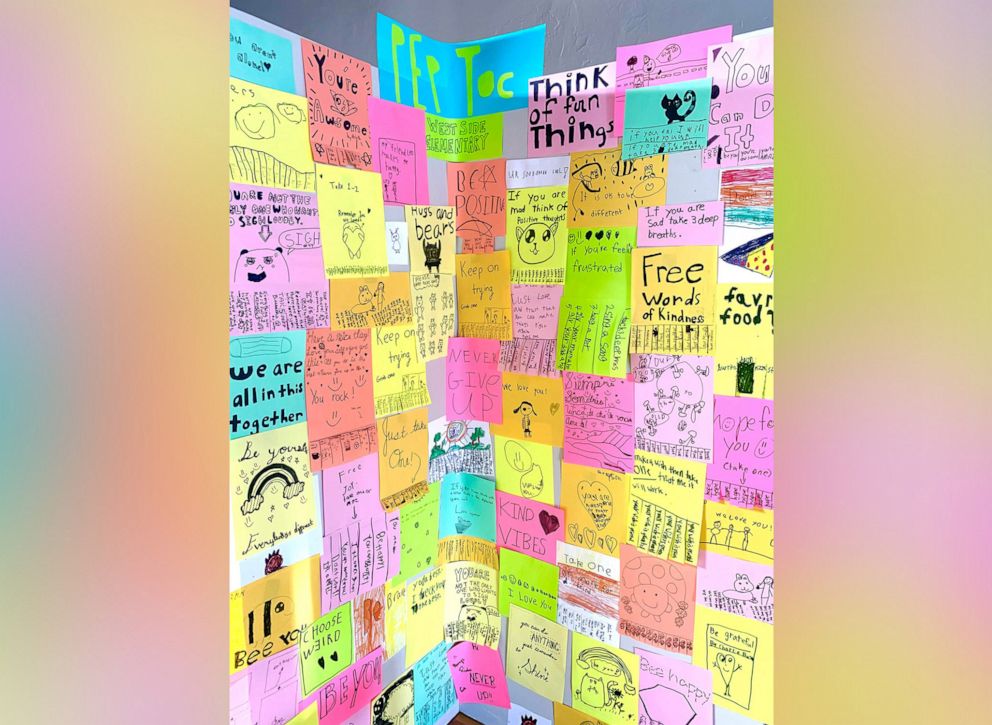 “There's a pretty clear reason why this is so popular. We're in a very broken world right now and we need to hear this, from children especially,” Martin told “Good Morning America.”

The artist and educator, who has led the art program at West Side for the last four years, said it was powerful to hear the young students share their positivity despite setbacks like the pandemic and ongoing challenges like wildfires.

“It was really hard for me to hold it together when I was recording them,” Martin recalled. “The overwhelming sweetness of these kids ... was crushing me but also, it broke my heart a little bit too, because a lot of these kids, what they were saying -- they're in first and second grade -- what they were saying was very profound and it really spoke to their life experience." 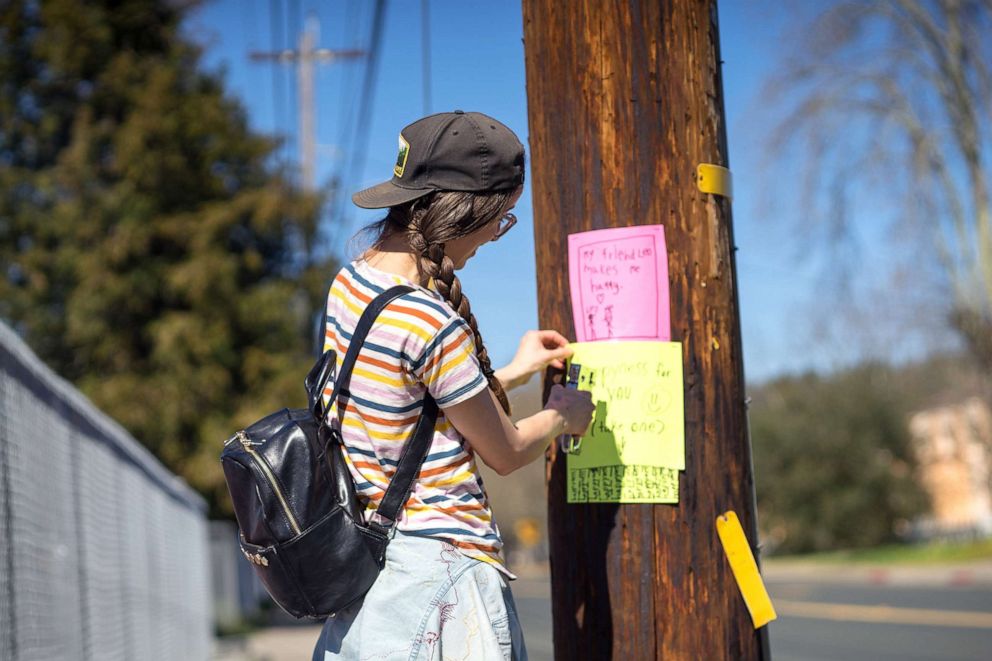 Weiss, also an alum of West Side, has been sharing the students’ creative work and posting the flyers around Healdsburg. “Someone thought I was putting up a lost dog poster or something like that and they're like, ‘Oh, what did you lose?’ And then they realized what we were doing and they were very, very happy to see that outside their door,” the 34-year-old recalled.

Martin added that she has received messages from people from around the world after Peptoc went live on Feb. 26.

“I just heard back from a bunch of people from Argentina and it ranges from a whole cancer ward of patients getting chemotherapy, to a lady who just found out her mom was diagnosed with Alzheimer's to a fellow high school teacher just saying how incredible the project was. It's touched a lot of people, so we're pretty proud of these kids,” Martin said. 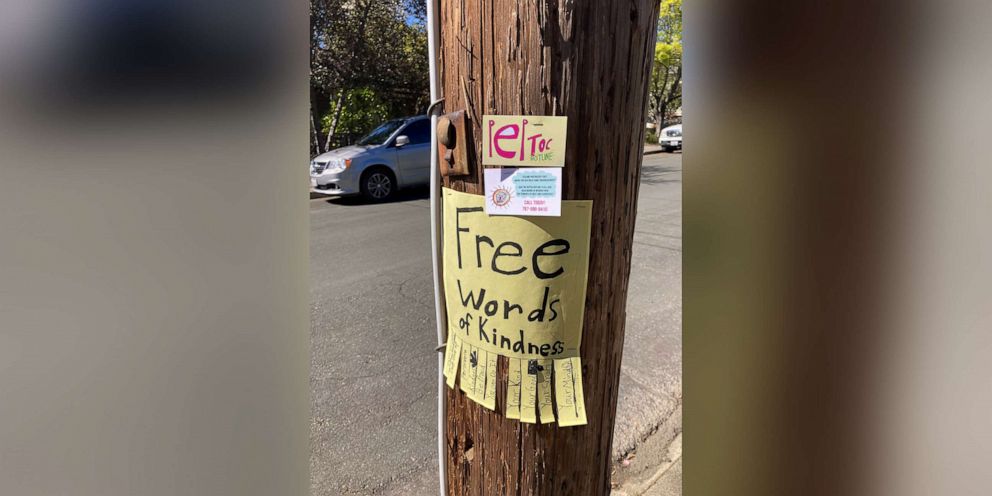 Asherah Weiss
West Side students' flyers are being displayed around Healdsburg, Calif.

“One little small, easy act of kindness can easily touch millions in just a few days,” she added.

Martin said she and the school are determined to maintain Peptoc “for months or years” and is raising funds online to keep it going indefinitely. She pointed out that another hotline, Callin' Oates, which lets callers request any Hall & Oates song, has been going strong for the last decade.

“Within the first few days, we were getting 500 calls an hour and we had to find $800 a day with that volume,” Martin said. “I eventually was able to talk with the president (of hotline service Telzio) and she donated a million minutes to the project. We're currently now getting 5,000 calls an hour. And that million minutes, I think, probably will last us through the end of next week." 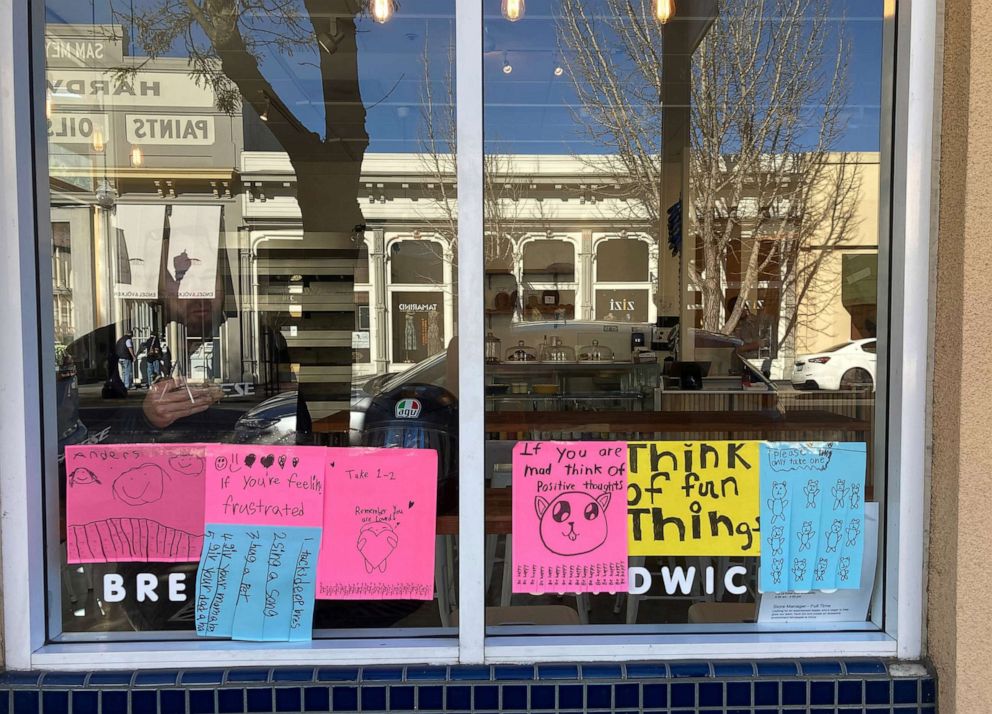 For Martin, the runaway success and response to Peptoc shows how necessary arts education is in schools.

“If this isn't proof to fund arts, I don't even know what to say," she said.

As for the future of Peptoc, Martin is planning to work with students to record more advice, including additional Spanish messages. She and Weiss hope the students will continue to learn from the powerful project too. 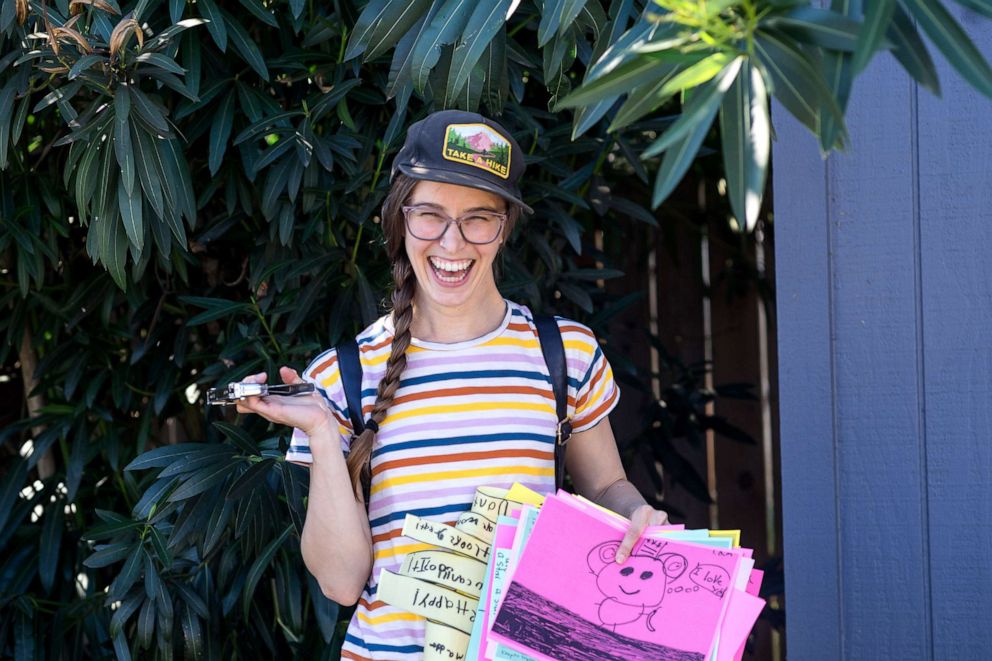 “You don't ever know how your work is going to be received,” Weiss said. “But just to take the courage to do something is what the message I want people to take from this.”

Added Martin: “I hope that the memory of this experience they'll carry that with them through their life, that they won't feel like they're helpless in a dark world.”