A professor at Massachusetts Institute of Technology is earning praise for the unique way he is helping with work-life balance for a student mom.

Troy Littleton, who runs a research lab at the college, put a travel crib in his lab's office to help one of his graduate students, Karen Cunningham, who is the mom of 10-month-old Katie.

"Usually in non-pandemic times we always have baby showers for expectant mothers and fathers where we give them gifts and we weren't able to do that with Karen because of the pandemic, so this was sort of the lab gift for Karen, 10 months later," Littleton told "Good Morning America." "It's always a challenge [being a parent while in graduate school] so anything you can do in a lab to facilitate and help out, we try."

When Cunningham brought Katie to the lab for the first time recently, Littleton took a photo of the crib in his office and shared it on Twitter. The photo quickly went viral and sparked a conversation on the struggles working mothers face and how to support them.

My favorite new equipment purchase for the lab – a travel crib to go in my office so my graduate student can bring her 9-month old little girl to work when necessary and I get to play with her while her mom gets some work done. Win-win!! pic.twitter.com/1R7QKprOLr

"The tweet came from just being delighted to be able to see Katie for the first time and to have the opportunity on occasion, when Karen wants to bring her in, to be able to play with her a little bit," said Littleton. "That was the genesis of the tweet, not from any idea it was going to create this large discussion about the challenges mothers face in the workplace."

"But I'm glad it had that effect because we need to be solving these issues, both in academia and on a broader level as well," he said. "It's highlighted that this is a really important issue for our community." 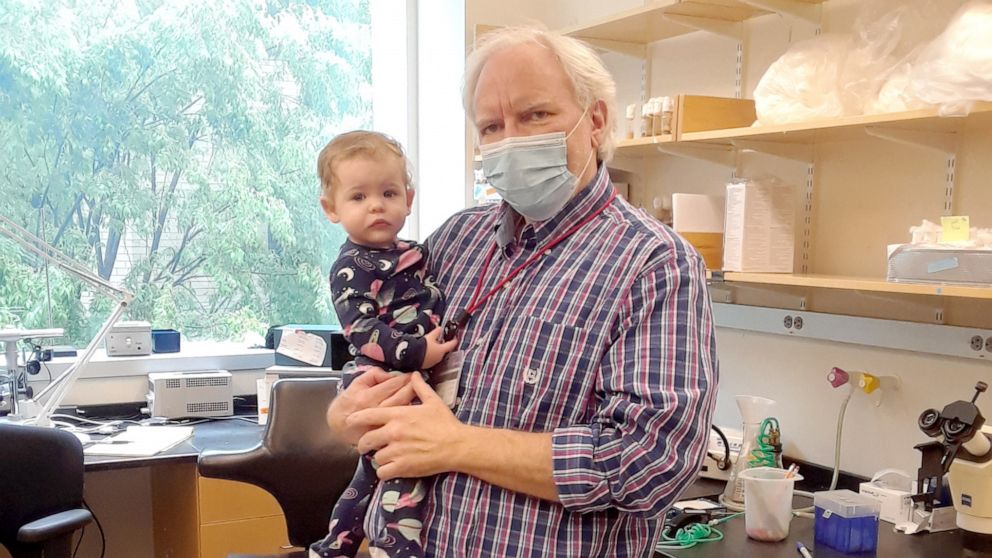 Littleton said he has received many messages from peers in the research field on how they can better support working mothers. His tweet also drew messages of appreciation from working parents.

"A [principal investigator] that sees his members as human instead of machine... Thank you for this!! It made my day!!!!," wrote one commenter.

"So much better than when I was told to bring my baby in a backpack and put the backpack on the floor while I did experiments with carcinogenic agents," wrote a second. "Thank you for being you!!"

"This is fantastic. I'm going to do that too when a lab baby arrives," wrote a third. 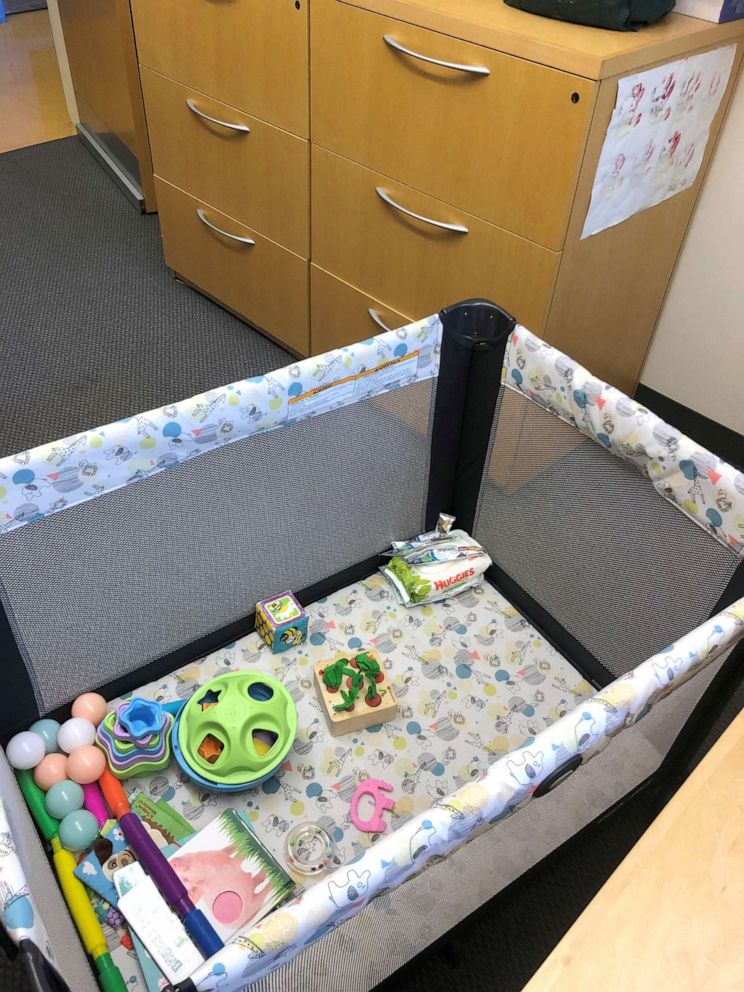 Troy Littleton
MIT professor Troy Littleton keeps a portable crib in his office to help provide backup child care for the infant daughter of one of his graduate students.

Both Cunningham and Littleton pointed out that MIT offers resources for working mothers, including campus-based day care. And Cunningham's husband, whom she describes as playing a very active and engaged role in their daughter's childcare, will be staying home with Katie until she starts day care in the fall.

But the effort by Littleton to provide a backup, safe place for Katie has been, according to Cunningham, extremely helpful.

"There's the solid, focused six to eight hours of work that you wouldn't want to bring a baby in for, but then there's the lab errands that you do here and there and that's when it's really useful," said Cunningham, who researches synapses. "I can put Katie down and just go do something quick and I can see her and talk to her and she can nap in there. It's great."

Cunningham said she knew having a baby while in graduate school would be difficult, so it was something she considered while choosing a school. 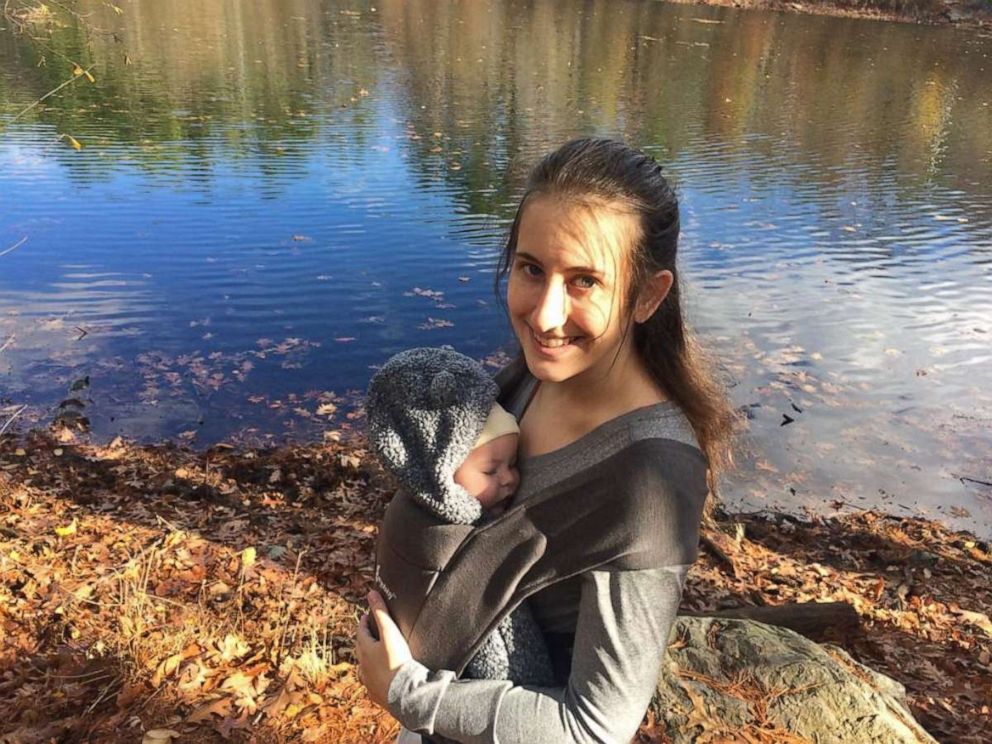 "One of the reasons I picked MIT was because I got a really positive response from the biology department when I brought up the fact that I was definitely going to want to have a baby during grad school," she said. "I was thinking about that the whole time."

The support from Littleton was particularly meaningful to Cunningham during the COVID-19 pandemic, which she and her husband have had to navigate as new parents largely isolated from support networks like friends and family.

"The first year of being a parent is hard and it's helpful to have a lot of support," Cunningham said. "I think during the pandemic parents have been isolated from a lot of their support so [the crib] is definitely an add on and a really wonderful one."

Over the past 15 months of the pandemic, more than 2 million women have left the workforce, with many citing child care demands as the primary reason, data shows.

And even as more schools and businesses return in-person and more jobs are coming back after months of record-high unemployment, women are returning to the workforce at a slower rate than men, according to the National Women's Law Center, a nonprofit organization that fights for gender justice. 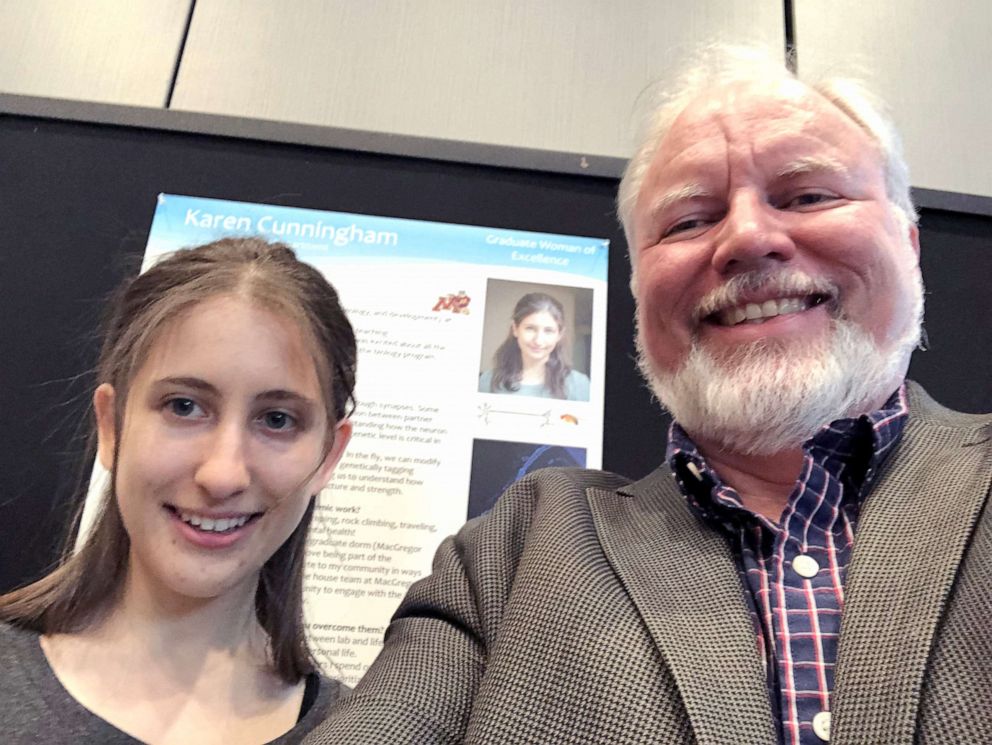 Cunningham said that despite the overwhelming nature of the statistics and the difficulties working parents face in the United States, she finds hope in the individual actions of people like Littleton.

"I think it's really easy to look at the systemic challenges facing parents and moms in our country … and kind of throw up your hands and be like, 'Well it's huge. I can't fix that,'" she said. "But then these sort of local ways that people in positions of power can protect parents against the systemic things, like what Troy's been doing in creating a really supportive and inclusive lab, I think that does make a really big difference and it's great to have an example of that."