As celebrations take place Nov. 1 and 2 for Día de los Muertos (Day of the Dead) in both Mexico and the United States, altars adorned with marigolds, the holiday’s emblematic flowers, candles, photos, food, and other mementos are erected to memorialize loved ones who have passed away.

In Los Angeles, one of the biggest festivities occurs annually at Grand Park with a Noche de Ofrendas, or night of offerings ceremony, with altars set up by locals, and a massive community altar by renowned folk artist, Ofelia Esparza.

Esparza, who was awarded the 2018 National Heritage Fellowship by the National Endowment for the Arts and was a cultural consultant for Disney’s "Coco," has been educating the public on altars for the past 40 years. Esparza has also built the community altar at Grand Park every year since 2013 with help from her family.

"It embodies so much more than just a beautiful installation, it’s spiritual, and it's also a healing process,” Esparza told "Good Morning America." "When we're doing the altar and sharing the stories with people, we’re usually talking about the ones we have lost because it's intended for them—this tradition is for everyone to take part in it, it’s a universal thing that we all have loved ones that we’ve lost and we want to remember." 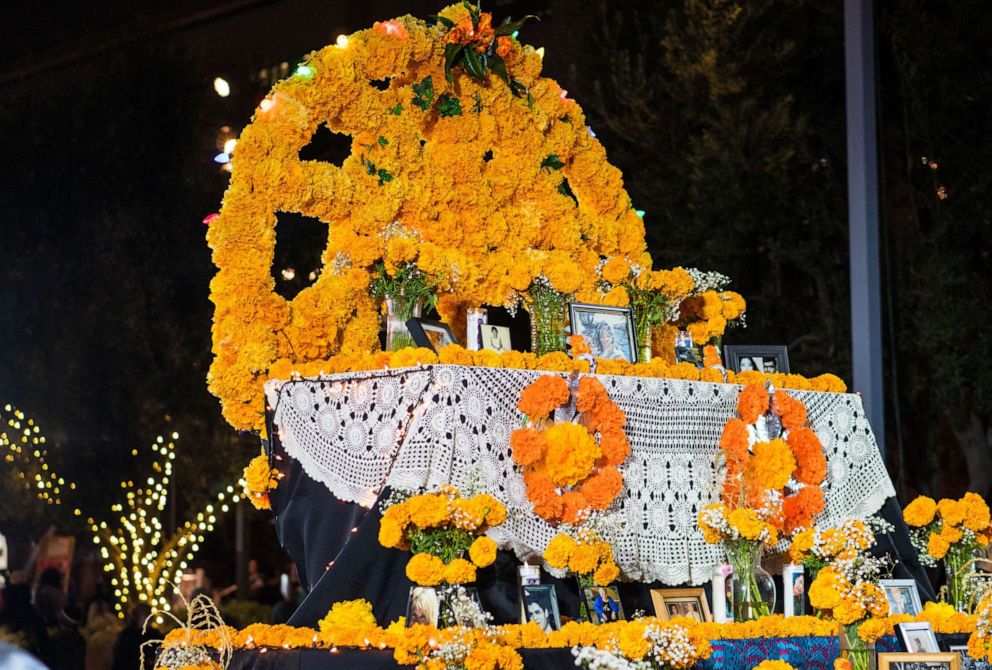 Michelle Moro/Courtesy of Grand Park, The Music Center Los Angeles
The community altar on display at night during the Noche de Ofrendas ceremony on October 23, 2021.

According to Esparza, Día de los Muertos is a pre-Hispanic celebration that is rooted in Indigenous traditions and existed long before Spanish and European influences arrived in Mexico. Her mother, Guadalupe Salazar Aviles, originally taught her the custom and offered wisdom about the tradition that Esparza now shares with the world.

Esparza continued: "And so she would say never let our family ever suffer that third death, and for me that was so profound, it has stayed with me all these years since I was very young, and I call that the essence of the work that I love doing, that my children are doing, and that the whole community all over the U.S. are doing today. What a beautiful legacy to be loved and cherished even after death.” 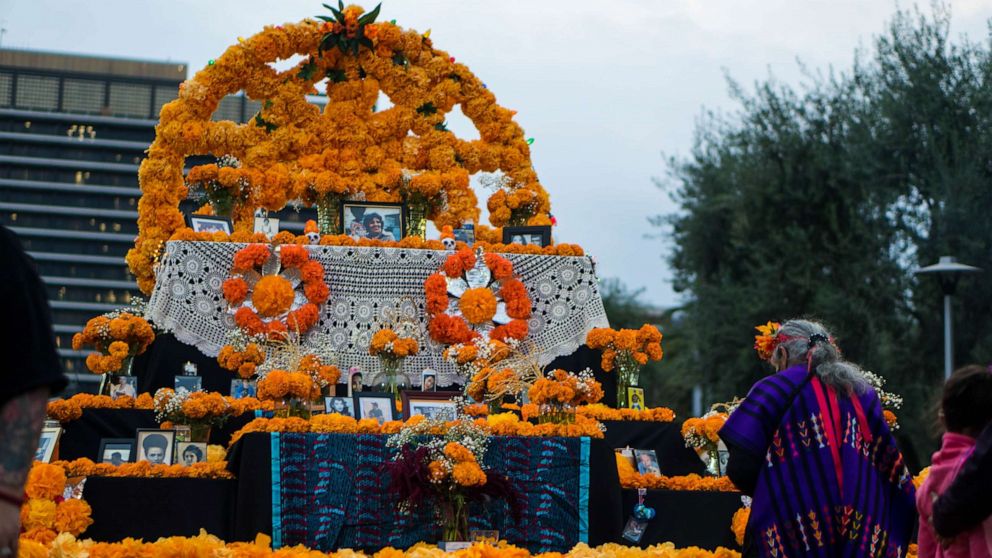 'A celebration of life'

At Grand Park, Esparza’s altar is one of 20 altars currently on display. It's the "focal point" because it’s the largest in the park -- 20 feet by 20 feet -- and is intended for the public to use.

“What people are welcome to do is bring their own offering and place it on our community altar that will be available for everyone to share a memento, an ofrenda for their loved ones," said Martha Guzman, a spokesperson for Grand Park. "It's important for Grand Park to do it because it wants to commemorate the special holiday not only for the Mexican-American community, but really for the community at large in Los Angeles."

The celebration is organized in collaboration with the community arts center Self-Help Graphics. Consuelo G. Flores, a legacy artist from Self-Help Graphics who has built smaller altars at Grand Park since 2012, assembled an altar this year dedicated to Tomas Mejia. He was a Salvadoran immigrant and janitor who was killed in June while protecting tenants from an intruder in the building he serviced. 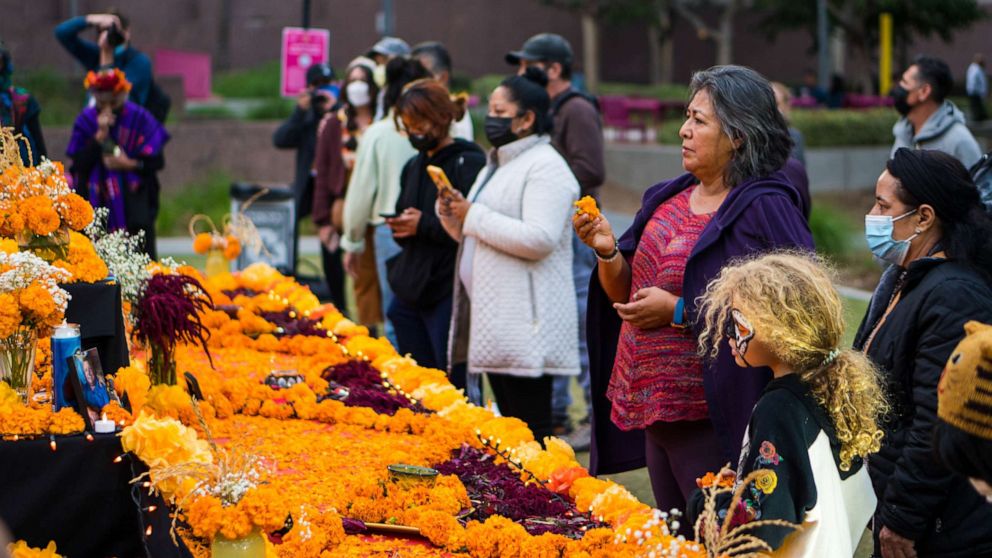 Flores also created an installation for Grand Park's Arthur J. Will Memorial Fountain, which features three sets of wings composed of cempasúchiles or marigolds. Flores said the wings represent different generations of families lost to COVID-19, and it was important for her to honor them because the pandemic prevented people from coming together and having proper funerals.

While altars can be personalized to best convey the personalities and interests of loved ones, Flores said they should include items that are traditionally used for the occasion. She said standard symbols include cempasúchil flowers, copal or sage incense, a container with water (to quench the dead’s thirst after their long journey home), and their favorite foods. Flores emphasized that Día de los Muertos isn’t just for Mexican people, and anyone can celebrate and build altars for their loved ones.