By Stephanie Mendez
Share —
Sign up for our newsletters to get GMA delivered to your inbox every morning!

This report is a part of "America Strong," an ABC News series highlighting stories of strength and resiliency across the nation.

As a small Latina-owned business in Los Angeles, Lil' Libros has achieved the unimaginable.

The company recently raised more than $3 million in investments from community crowdfunding, sold more than 1.5 million books worldwide and its books were even featured in Cardi B's extravagant baby shower for daughter Kulture in 2018.

But when co-founders Patty Rodriguez and Ariana Stein first started their bilingual publishing house for children's books in 2014, they were repeatedly rejected by those running the publishing world. 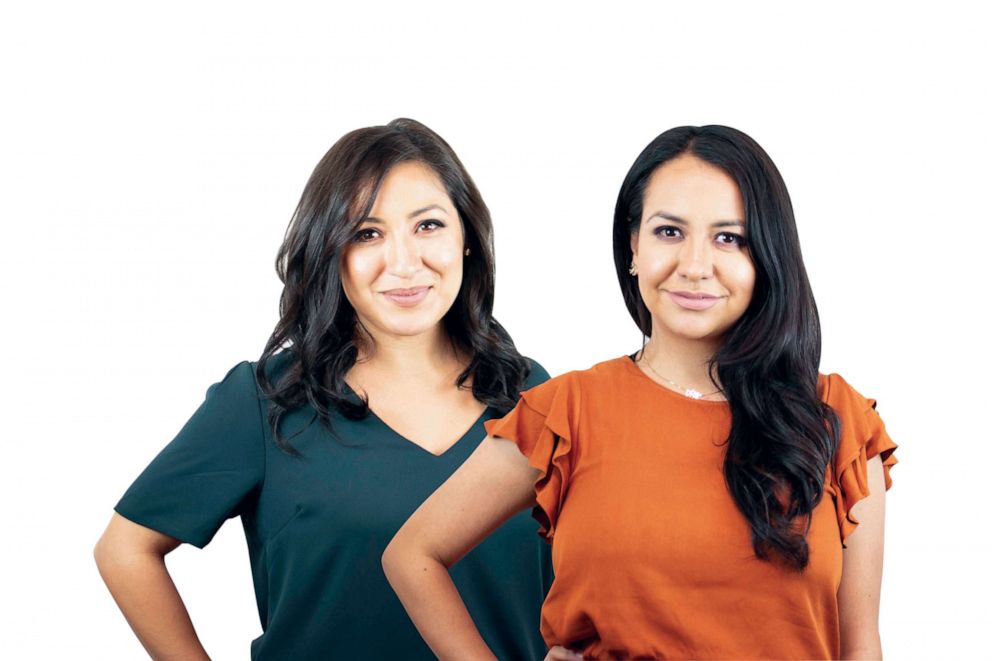 "One of them actually said to me that I was wasting my time because Latinos don't purchase these types of books for their children," Rodriguez, who is also a producer for radio show "On Air with Ryan Seacrest," told "Good Morning America."

After Rodriguez became a mother and while Stein was expecting her first child, the two launched Lil' Libros. As women who wanted to raise children fluent in Spanish and English, they quickly realized that there was a lack of bilingual literature for children that celebrated their mixed Latinx and American identities.

MORE: Where are all the women in kids' history books?

"Books are the first form of media we introduce to our little ones, so it was really important for me to find books that were reflective of our culture, our identity and even our Spanish language," Rodriguez said. "I was Googling for these books and all I came across were books that were translations of the classics, 'If You Give a Mouse a Cookie,' 'Where the Wild Things Are.'"

"They are beautiful books, but those books were not written for people like us," she said. 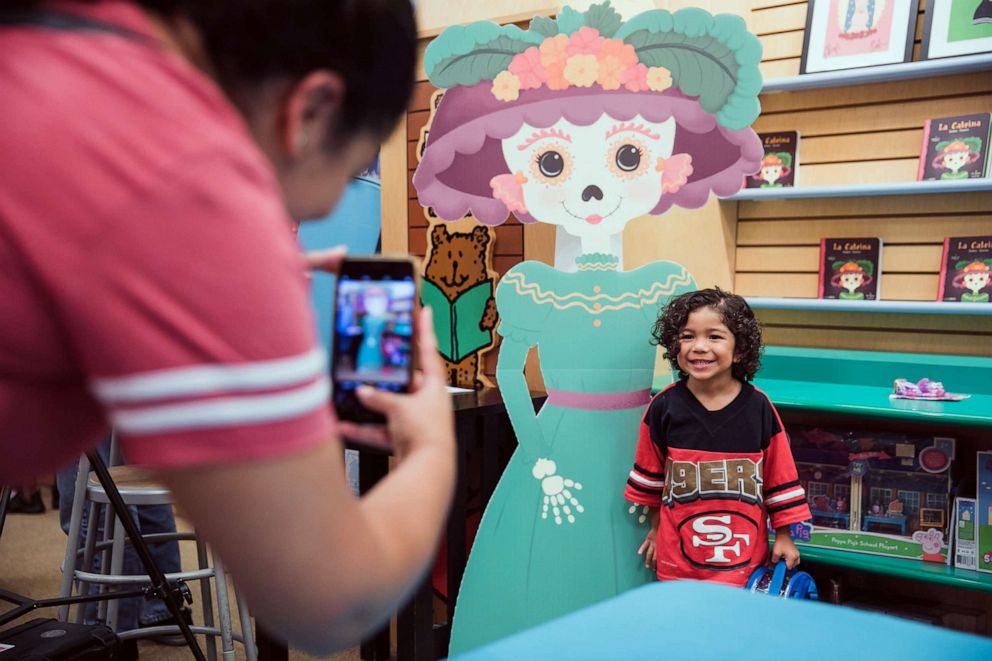 Lily Ro Hernandez
A child poses for a photo at a Lil' Libros book-signing event held at Barnes & Noble in Long Beach, Calif., in September 2017.

Their catalog includes picture books about Latinx icons such as Selena Quintanilla, Frida Kahlo and Celia Cruz. Stein said books like these help children appreciate their identity because it makes them feel represented and accepted.

"It's a fundamental experience when children are able to see themselves in literature and to identify with the characters that they're reading, it's something that really makes the child believe that this is accessible to them," she said.

MORE: Books for kids and adults to become a better ally of the LGBTQ community

According to data from the Cooperative Children's Book Center at the University of Wisconsin-Madison, less than 7% of children's books by U.S. publishers in 2020 were by or about Latinx people, and a different 2020 study by The Diversity Baseline Survey that tracked diversity in publishing houses found that the industry is 76% white and 6% Latinx.

But even starting their own publishing house to address the lack of diversity and representation wasn't enough to prevent hardships for the Latina entrepreneurs.

"We had to put our foot down. In many instances, we had to also fight shelf space. Many times we're put in the foreign section … we are very much part of the American fabric, we are Americans and we belong right where everyone else is," Rodriguez said.

"That was the biggest challenge -- trying to convince people that we belong in these spaces," Stein added. 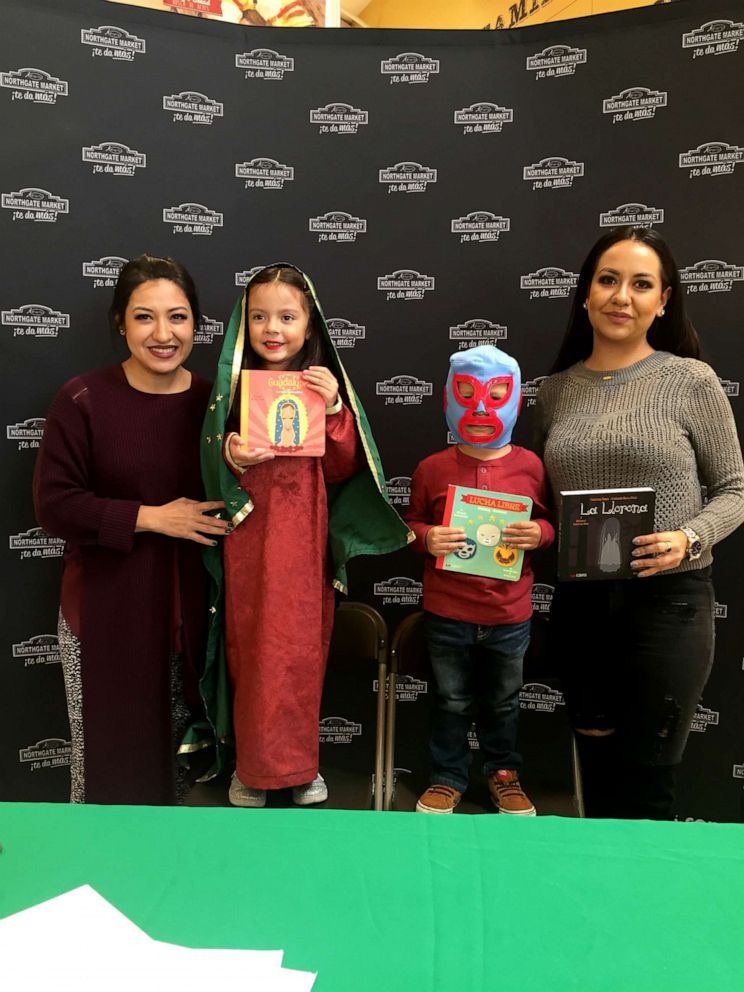 Cynthia Gonzalez/Lil' Libros
Lil' Libros, founded by Ariana Stein, left, and Patty Rodriguez, right, say that a lack of bilingual literature was a problem for mothers like themselves who wanted to celebrate their mixed Latinx and American identities.
MORE: 'GMA' Book Club launches with 'Dominicana' by Angie Cruz

And this past year, they faced another obstacle: COVID-19.

"We actually had a few locations -- brick-and-mortar locations -- and those we had to close those down. Fortunately we were able to shuffle things around to keep our staff intact," Rodriguez said.

Part of that shuffle included launching a new learning portal on their website to provide supplemental material for the books in their catalog. The co-founders were able to create free daily content for kids, which helped push book sales.

"It was a year for us that we can look back and say, 'You know, we did what we could, we did our best and everything worked out for Lil' Libros,'" Rodriguez said.

Lil' Libros not only managed to survive the pandemic but came out of it stronger. Its books are now available in major stores such as Target, Barnes and Noble, Whole Foods and even museums such as New York's Museum of Modern Art. 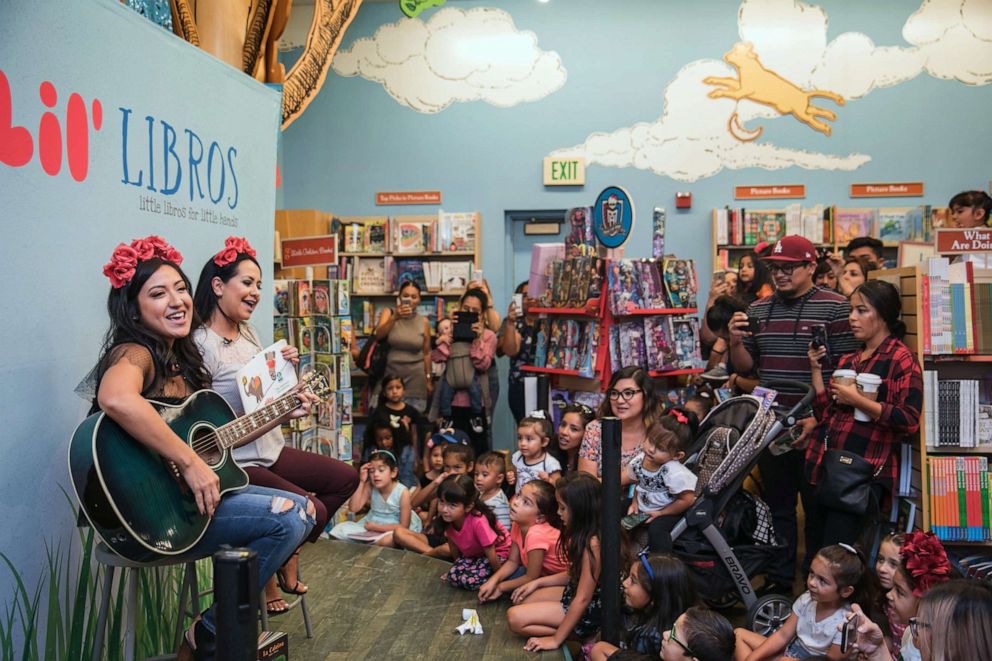 In July, the mothers and entrepreneurs kicked off an equity crowdfunding campaign via WeFunder to raise investment capital through the same community they serve. Lil' Libros raised more than $2 million within five days of the campaign and now has more than $3 million in investments.

"We're also teaching a community something that we haven't been taught at all, which is financial literacy, building generational wealth, not just for you, but for generations to come," Rodriguez said. "And we're planting that seed in these families. We have over 7,000 investors, the majority of them investing for the very first time."

The mothers said they avoided relying on financial institutions for funding because they wanted to build Lil' Libros with help from the same community they've dedicated their efforts and company to.

"We are inviting the community, the people who have helped us grow, [to] be part of our growth, and really share the success that we've been getting these past couple of years, because if it weren't for them, we wouldn't be where we are," Stein said.