As protests continue across the country, and across the globe, in the wake of George Floyd's death, a conversation has been ignited in America about how to teach kids to fight racism from an early age.

Experts have said these conversations can happen in an age-appropriate way, starting early and by using books that are a great way to dive into these complex, important issues. 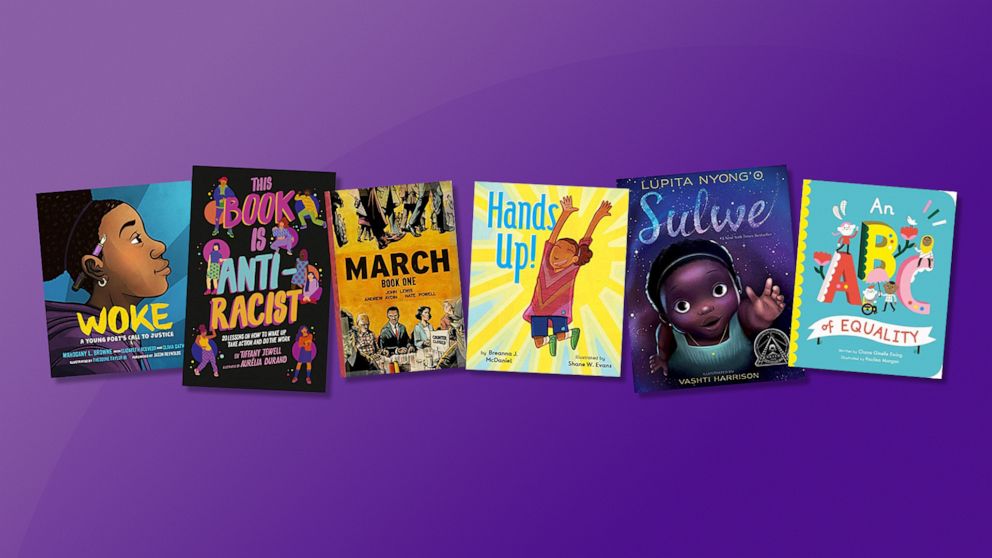 "Books provide a good context for starting the conversation," said Bunnie Hilliard, owner of Brave and Kind book store in Atlanta. "It's hard to just kind of out of the blue say, 'Well let's sit down and have a talk about race.'"

But reading materials, Hillard added, "allow you to start the conversation and then just kind of talk about it as a family."

Hilliard, who began Brave and Kind bookstore in 2018 as a way to celebrate and elevate diversity in children's literature, said over the last few weeks she's been inundated with book requests and has sold out of some children's book titles on these topics.

MORE: Teachers ask for help to get books by black authors in their classrooms

"It's important for children to see themselves in the story," Hilliard added. "Plant the seed early on that a diverse world is better and the way that we should be."

In New Jersey, Brittany Smith, a pre-kindergarten teacher for the Atlantic City School District, was inspired by Floyd's death and the calls for justice to share a list of her favorite children's books. It went viral earlier this month.

"As a black woman, these issues are very important to me and personal for me," Smith told "Good Morning America." "Especially because my students come from such diverse backgrounds and are mostly minorities."

Teacher in me had to do this..

"Representation matters," she added. "Through books, through posters, through music or dolls, things like that allows them [kids] to be more comfortable and more active within the classroom setting … I feel when we expose children to that more frequently, they become more accepting, which would lead them, later on in life, growing up to be more accepting as adults as well."

We've compiled diverse children's book recommendations from Hilliard, Smith and several Los Angeles librarians who have all curated lists of their own to help foster deep and meaningful conversations about race and racism.

"Children are never too young to begin to have these conversations," said Judith Kantor, a teacher-librarian at the University of California, Los Angeles, Lab School.

Books can help facilitate conversation and create connections. Link in the bio for a reading list to help talk about race with children and tweens.

For kids 12 and younger

'An ABC of Equality' by Chana Ginelle Ewing

"The 'ABC of Equality' appears to be a board book for a baby, but I think it's just a great resource and a tool worth talking about," said Hilliard. "In this book, like 'P' is for privilege and 'R' is for race and 'O' is for oppression. … And on the flipped page, it's giving you commonsense information about how we should treat people.

"It's just a good conversation starter for introducing social justice topics and language and teaching early on that all people should be celebrated and treated equally."

"It's a beautiful picture book that focuses on colorism and racism as well," said Smith. "She [the main character] is very dark skinned and she's tired of getting teased for it. And she goes home upset, and she essentially wishes her color away, wishes that she could erase her color. But her family tells her that her skin is beautiful."

"So it's also a book about self-acceptance and confidence in yourself," Smith added.

'Hands Up' by Breanna J. McDaniel

"It's a picture book that follows a girl from the moment she's born and as she grows, you see the phrase ['Hands Up'] stretching toward the sun in triumph," said Joanna Fabicon, a librarian at the children's literature department at the Los Angeles Public Library. "The phrase is charged, but it's recast in a triumphant light and it also provides a platform for talking about Black Lives Matter. In the end, they're all at a protest."

"It's about a child, which can show kids that you can always be a part of this [the movement]. You don't have to wait until you grow up and this is something you can do," said Kantor. "I think it's important that kids can see that kids have been part of this movement standing up against segregation, marching alongside other students."

'Intersection Allies: We Make Room For All' by Chelsea Johnson

A post shared by IntersectionAllies Book (@intersectionallies) on Jun 10, 2020 at 4:06pm PDT

"It's a push for feminism, but within the book itself, it also focuses on diversity," said Smith who also said it discusses a variety of topics like race, protest and disabilities. "I would say that's a really good book that promotes all-around diversity and inclusiveness."

'We Rise, We Resist, We Raise Our Voices' by Wade Hudson and Cheryl Willis Hudson

"This is a compilation of works by a number of authors," said Fabicon. "There's poems, letters from one author to her children. They're empowering and they acknowledge what's going on in this world."

"It's a collection of poems by women that reflects the joy and passion behind the fight for social justice, tackling topics from discrimination to empathy and acceptance to speaking out," said Candice Mack, a managing librarian at the Los Angeles Public Library.

'Not My Idea: A Book About Whiteness' by Anastasia Higginbotham

"The book talks about what White parents can say to their kids about racism and what it means to be white and how you can be an ally," said Kantor. "For white families, it could be a great book to open up a discussion about how racism can affect them and that we're all in this together."

'This Book is Anti-Racist: 20 Lessons on how to Wake Up, Take Action, and Do the Work' by Tiffany Jewell

"This book goes into detail about some of the constructs and history of race and how race is something that people decided to bring into definition to separate people," said Hilliard. "It's for people who want to learn and take some lessons on how to be anti-racist and make a plan for how you may walk in the world differently now that you understand these things."

"The art style of this book is like it's something out of the 'Green Arrow' or something crazy," said Matisse Mozer, a librarian at the Los Angeles Public Library, who described that it's a story about Congressman John Lewis' experiences in the Civil Rights movement. "It's this historical fiction that hits you really hard and it's this long recount of the '60s."