A kindergarten teacher who created a video about race for her students says she hopes the video -- which now has nearly 100,000 views on YouTube -- helps inspire other teachers to make race an ongoing conversation in their classrooms.

"What I keep saying to teachers is you’re going to mess up, it's going to be uncomfortable but the outcome is so powerful that you would have regretted never saying something sooner," Vera Ahiyya, a kindergarten teacher at a public school in Brooklyn, New York, told "Good Morning America." "And kids can do it. Kids can have these conversations."

Ahiyya, who has taught kindergarten for 13 years, filmed a video of herself talking about racism and protests and reading the children's book, "Let's Talk About Race," as a way to engage her kindergarten students and their parents during the protests and unrest that have broken out across the country after the Memorial Day death of George Floyd, a black man in Minneapolis who was pinned down by a white police officer.

"One way to stop racism is to call it out when you see it," Ahiyya says in the video. "That means, if you see someone being treated differently because of the color of their skin, you have the voice, you make the choice, to say 'This is wrong.'"

Ahiyya told "GMA" the messages she shared with her students in the video are part of a constant conversation about race that she has in her classroom of nearly two dozen students from all different races and backgrounds.

"I think that when we start saying, ‘Kids don’t see color,’ that’s not true, they just may not have the words to describe what they’re seeing or the differences they’re seeing," she said. "When we start to build conversations with young children around specifically race, we have to give them the vocabulary so that way when they’re figuring things out and they’re building their misconceptions and trying things out on the playground, you want to be sure that you provide them with the right vocabulary to be able to say, like, ‘Yeah my skin color is brown, we’re called black,’ or, 'My skin color is light brown and my ethnicity is Puerto Rican.'"

"You can empower children with words and knowledge in a very simple way, not abstract, because they’re not able to take on huge things like institutional racism, but they do know what it means to tell somebody, ‘You can’t do this,'" Ahiyya added. "If you add in, 'A lot of people weren’t able to do this because of their race or because of the way their skin looked,' kids can understand that and they can understand judgment and inequality."

MORE: How to talk to kids about race, privilege amid George Floyd protests

Ahiyya said she shares her personal experiences of being a black woman in this country with her students, like being followed by a sales clerk at a store, and tells them about her grandfather, who had to watch movies outside instead of in a movie theater. She follows up those stories with questions like, "Why do you think that is fair or unfair? What would you do if you were told you had to watch a movie outside?" 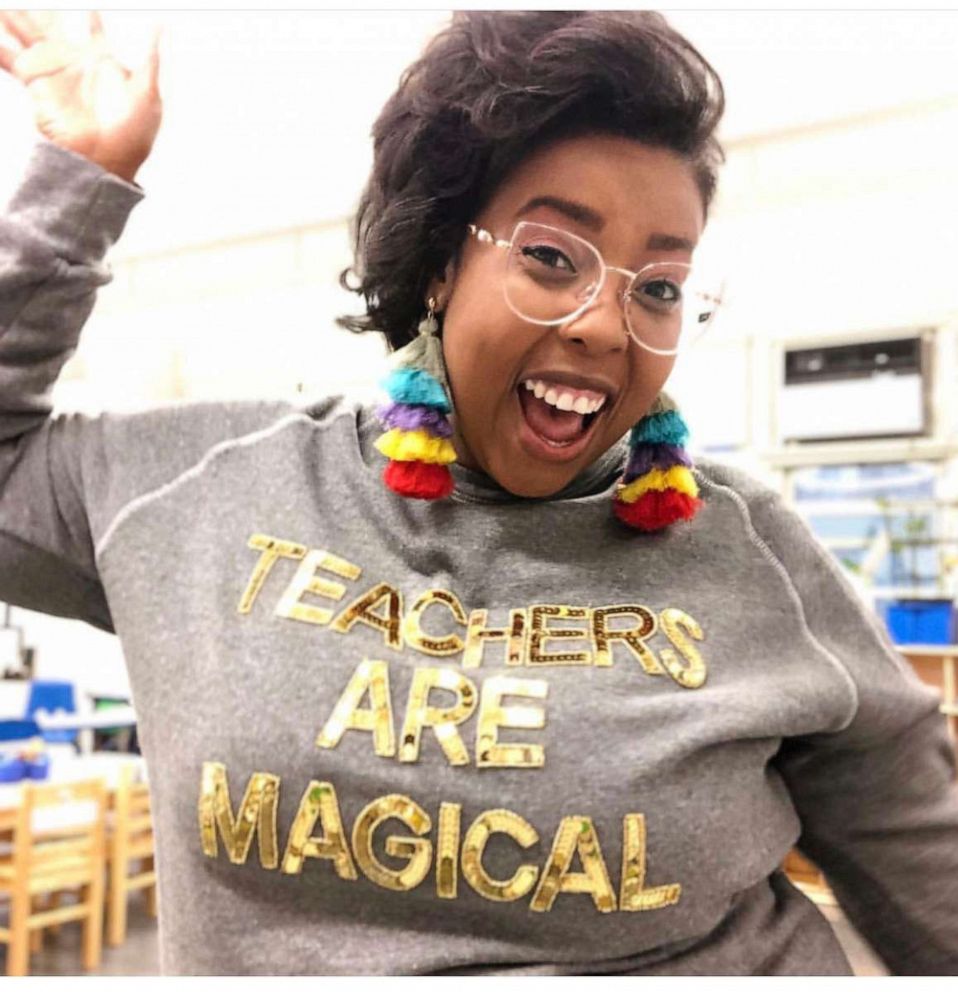 Vera Ahiyya
Vera Ahiyya, a kindergarten teacher in New York, created a YouTube video to help explain the issue of race to kids.

She said she hopes teachers learn through the national conversation already underway that race is something that can and should be talked about in classrooms beyond Black History Month or a history lesson on the Civil Rights movement.

"For non-white people, we’re impacted by our race daily and to minimize it as a one-time conversation is unfair and it also breeds some of the things we’re seeing today," said Ahiyya.

MORE: 10-year-old black boy shares message with homemade sign, 'Do I scare you?'

Ahiyya said she chose to read a book about race to her students because books can transport students into other people's experiences. She wants teachers to remember though that books are not the only tool for teaching students about race. 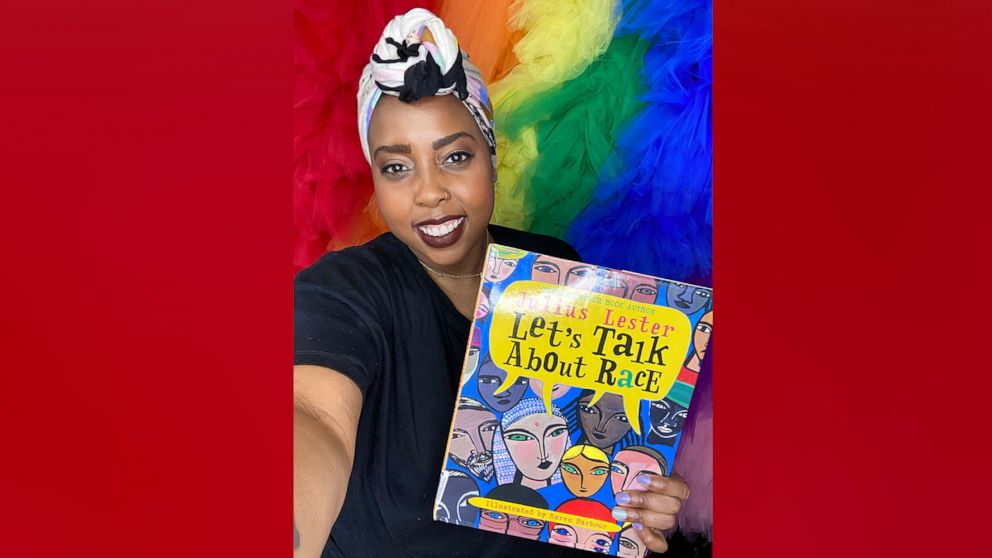 Vera Ahiyya
Vera Ahiyya, a kindergarten teacher in New York, created a YouTube video to help explain the issue of race to kids.

"I like to think of books as the key and then you have to turn the lock, you have to engage in pushing the door. All the book does is turn the key," she said. "You can use books as a medium to have a bigger conversation."