A former school janitor-turned-teacher has become the principal of a California elementary school.

Mike Huss says he feels "blessed" to have had such a fulfilling career so far and is excited to start a new chapter leading Ione Elementary School in Ione, California, a small city about 41 miles southeast of Sacramento.

"I am blessed. I truly am and I don't do anything special. I just show up and work hard. I show up and try my best," the 55-year-old told "Good Morning America." 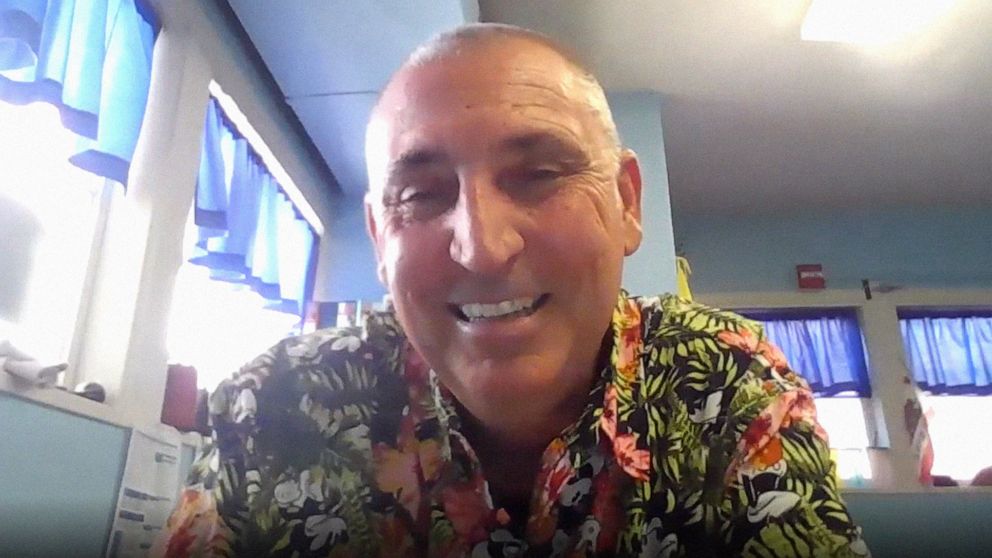 ABC News
After 14 years as a school janitor and 19 years as a teacher, Mike Huss is now principal of Ione Elementary School in Ione, Calif.
Editor's Picks

Huss has only been principal for about two weeks but he already has a lot of support from his school district -- Amador County Unified School District, which appointed him to the role -- his school staff and his young students.

"They give me hugs and say, 'You're doing a great job,' and it's really cute to see a first grader tell you that. 'You don't even know what I'm doing. But thank you very much for saying it.' But they see me out and interacting so I think to them, that's all that matters," Huss said, who added that the school is "a wonderful place to be because of the kids."

Huss has had a long history with Ione Elementary, which is home to approximately 540 students. He attended the school as a young boy and for the last 19 years was a teacher at his alma mater in the first, second and fifth grades. 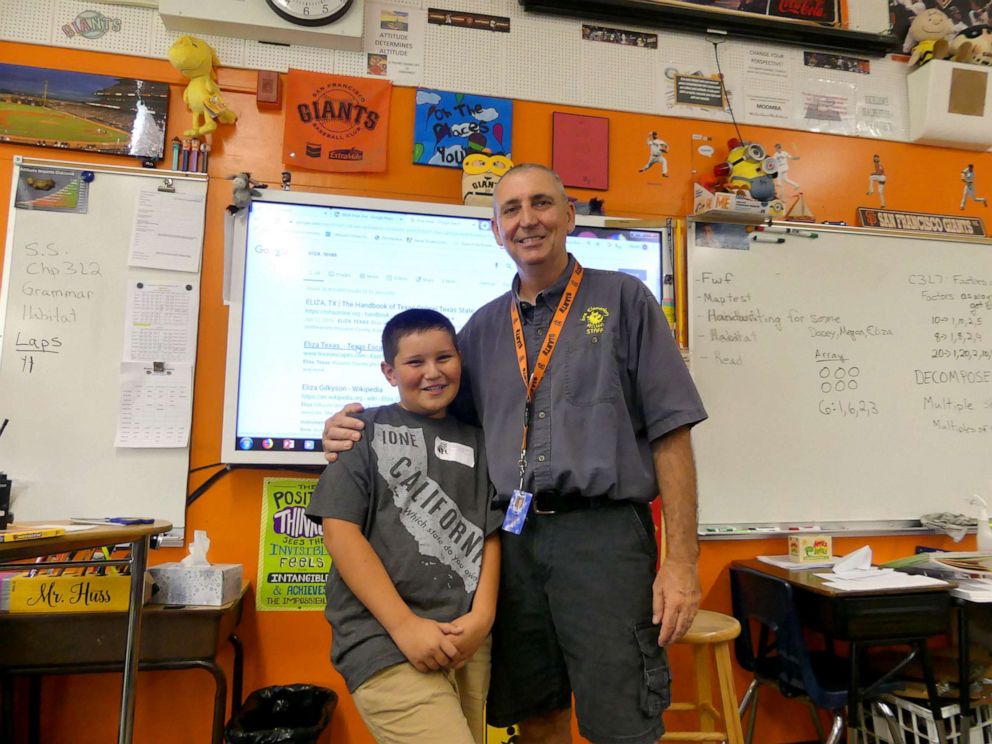 Mike Huss
Huss with a former student, Jake, who moved away from Ione with his family. Huss told GMA that, when Jake returned to visit, he told his parents the only place he wanted to visit was his former school, to see Huss.

But before he started teaching, Huss was also a janitor at Ione Elementary.

As a janitor, he made an effort to connect with students. Huss said teachers at Ione were the ones who first encouraged him to pursue a teaching career.

"A lot of teachers here at Ione Elementary kept saying, 'You're wasting your time. Look at these kids. They are attracted to you … and they want to be around you and they learn from you. You need to go back and became a teacher,'" Huss recalled.

At first, Huss wasn't sure if he wanted to change jobs and try something new. After all, he'd taken the school janitor job because he didn't want to pursue higher education and wanted to work so his wife Karen could go to college. But after he and Karen married and had their first child, he said he found his why. 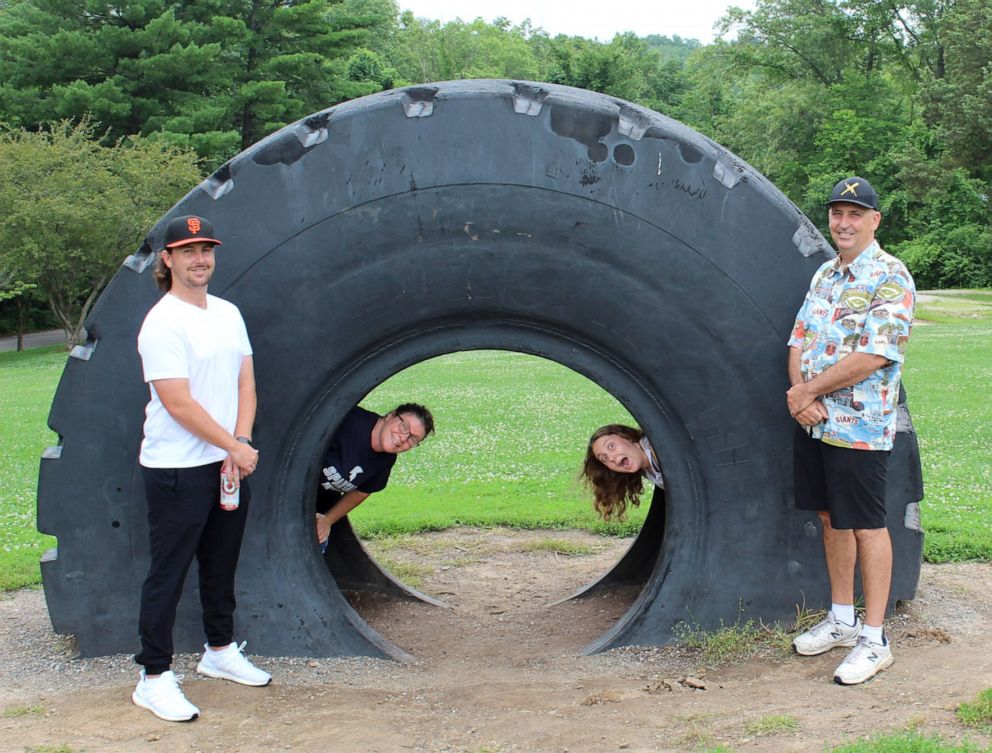 Mike Huss
In addition to the support from his school community, Huss says he's grateful for the love and support from his family. Here, he is pictured with son Matthew, wife Karen, and daughter Mia.

"When my son was about 3, I said, 'You know what? I want to show my son that you can keep growing in life,'" Huss said. "I know he was young but between the encouragement from the teachers on campus and the motivation to do something to show my son [that] nothing's impossible, I went back to school in the late '90s to get my teaching credential based on those inspirations."

Huss became a working dad, juggling his full-time job with family and school for four years, so he could achieve what he set out to do.

"I was working 40 hours a week, coaching my niece's softball team. I was going to school Tuesday and Thursday all day," Huss recalled, adding that he would work from 2-11 p.m. on Mondays, Wednesdays and Fridays and from 6 p.m. to 2 a.m. on Tuesdays and Thursdays when he attended Sacramento State during the day.

Those efforts paid off and Huss said after he graduated, he got a job teaching at Ione in less than a week.

"I was literally the school janitor on a Monday. I worked a double shift. I worked from 6 a.m. till about 10 p.m. that night, getting the school ready. The very next day, Tuesday, I was in my first teachers' meeting. Thursday of that same week, I had my first class," he said. 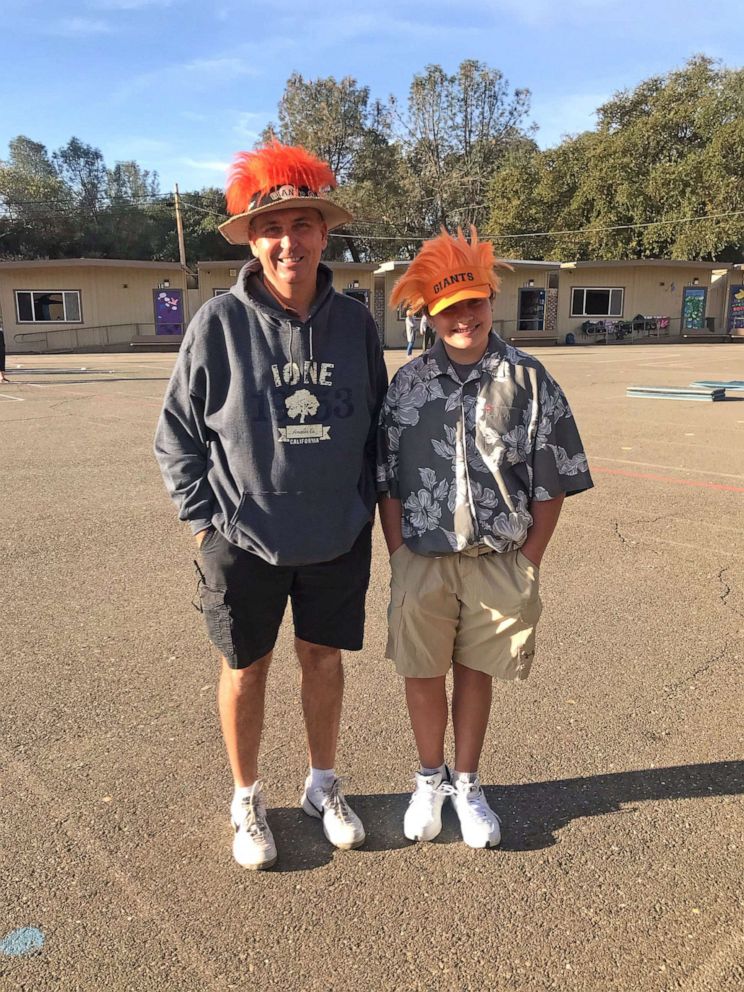 Mike Huss
Huss with one of his students, Aubrey, who dressed up like him for Halloween.

Huss called teaching "a very rewarding career" and said his message to others now is to support schools and teachers.

"What I want people to understand is that there are really good teachers out there doing really amazing jobs," he said. "It's just about growing a world, making it a better place."

As for his new role as principal, one he was initially "shocked" to be offered, Huss said he's taking it all in one day at a time.

"I really think that I can do this job … because I have the support of everyone," he said. "I have to try my best every day for them. And at the end of the year, I've told many people if the worst thing I say is, 'I tried my best and fell,' I'll try my best again next year and hopefully be even better. And I try to keep that perspective."