Back-to-school season is in full swing -- and running up against the ongoing national teacher shortage.

In 2019, the Economic Policy Institute, a nonprofit think tank, estimated that by 2024, the U.S. would need more than 300,000 teachers to fill the demand for educators nationwide.

Several factors have worsened the problem in the last two years: Teachers have retired or walked away from the profession citing the coronavirus pandemic, higher levels of disrespect from students and parents, excessive lesson planning and safety concerns among other things.

MORE: Former teacher opens up about why he quit for a job at Walmart

Dr. Christy Foust, a former teacher, said a low salary was just one factor that drove her out of the profession.

"Would you stay in your job if you're not paid enough based on your education and your experience?" Foust told ABC affiliate WFTS in Tampa, Florida.

Teacher Aubriele Jarman said once she realized her work life was negatively impacting her personal life, she decided to step back from her job.

"I was definitely very emotional about leaving the kids, but I just started to realize that I needed to do it for myself," Jarman told "Good Morning America." "I felt a lot of guilt leaving because I know that there is that shortage."

In the midst of this crisis, many school districts around the country say they are struggling to fill dozens to hundreds of open positions.

"As an elementary principal back in the '90s, I would have 100 to 150 applicants for a kindergarten to second grade position. And I'm currently sitting at five for both," Rich Appel, superintendent for the School District of Horicon in southeastern Wisconsin, told Green Bay, Wisconsin, ABC affiliate WBAY. 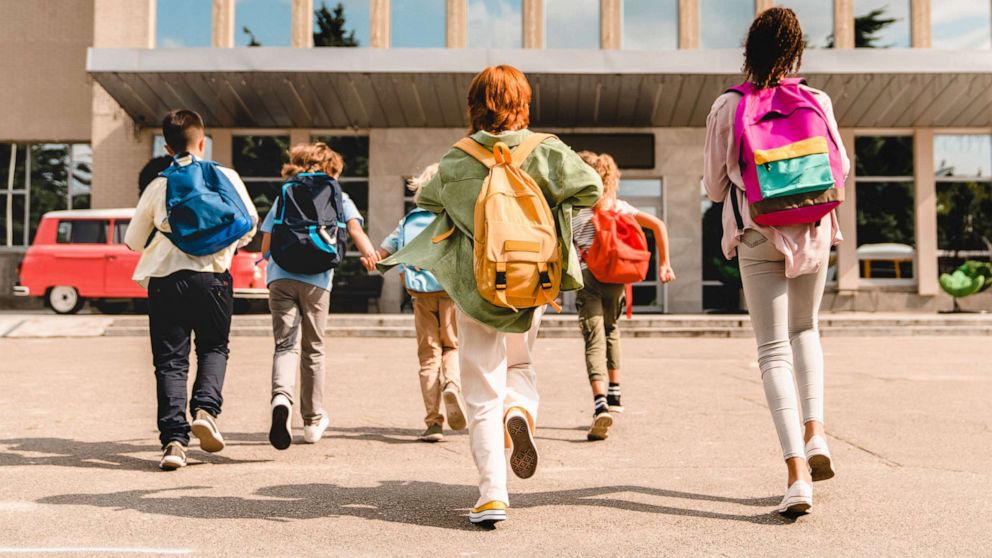 The American Federation of Teachers or AFT, a union that represents approximately 1.7 million educators, presented several solutions in a July report to address the teacher and staff shortages, including increased pay and benefits, improving teacher-administrator relations, decreasing class sizes, reducing standardized testing and paperwork, and diversifying the teacher workforce.

"We have a teacher shortage because we have a shortage of respect for public school educators. A shortage of the professional working conditions which makes it difficult for teachers and other staff to meet their students' needs. We have a shortage of pay for what is arguably the most important job in the world. And we have politicians who want to ban books and censor curriculum rather than help teachers meet the social, emotional, and academic needs of kids," AFT president Randi Weingarten said in a statement to "GMA," in part referencing efforts by a growing number of state, local, and federal politicians to ban certain topics from the classroom, including references to racism and LGBTQ+ issues.

"The teacher shortage is the direct result of the culture war and the shortage of conditions, respect and pay -- and we are not going to fix the one without addressing the others."

"Some people will say this will never happen, it costs too much money," Weingarten added. "But many things can be started today at no cost -- taking steps to build a culture where professionals work together and with parents to provide the best possible education to students, reduce paperwork and focus more on teaching than testing. These are all important steps that can help make this a more sustainable, respected profession."

How school districts are responding to the shortage

Education officials across the country are testing a variety of methods to combat teacher fatigue and boost morale, in addition to upping pay and benefits. Here are a few ways school districts have tried addressing the problem so far.

Some school districts are providing bonuses and stipends to retain and attract new teachers, in addition to boosting base pay.

District of Columbia Public Schools, in the nation's capital, is offering teachers signing bonuses of $2,500 if they commit to teaching one of the "highest need content areas," such as special education, elementary education and visual and performing arts.

In Nevada, school districts including Clark County School District, the fifth largest school district in the U.S. where students returned to school Monday, is offering $5,000 retention bonuses for teachers who stay for the 2022-2023 school year and $4,000 relocation bonuses for teachers who move over 100 miles or out of state in order to teach in Clark County, which includes Las Vegas. Washoe County School District in the northwestern region of the state is offering teachers a one-time stipend of $1,500 for new teachers and $2,500 for returning teachers.

For the upcoming school year, the Austin Independent School District is offering a $2,000 retention stipend for teachers and other staffers. The district is also adding on a $500 signing bonus for pre-K teachers and physical education teaching assistants as well as a $1,000 signing bonus for special education teaching assistants.

Some states are dropping certain requirements for those interested in teaching. Individuals in Arizona, for example, will no longer need a bachelor's degree to teach after Republican Gov. Doug Ducey signed a bill last month. They can start working within a classroom before they finish a degree program and while they're in school to complete their degree.

In Arizona, as well as Alabama, teachers with expired licenses will also have an easier time renewing them, with Alabama offering teachers a one-time renewal option without any academic requirements.

John Seybold, superintendent of the Jasper Independent School District, told "GMA" in April that teacher burnout "has been an issue for a long time, but since COVID, it has seemed to expand, and it's becoming more and more of an issue."

"The four-day week kind of makes it a little more manageable for them because there's so much pressure placed on our teachers," he said at the time. "As a school district, ultimately the best thing we can do for kids is put the best possible teacher in front of them every day."

It's no secret that the cost of living has increased and inflation remains high enough that some districts have looked into providing a longer-term solution for bringing in and keeping teachers in their local communities.

Okeechobee County School District in central Florida has recruited teachers from overseas, and has hired educators from multiple countries, including India, the Philippines, Mexico, Jamaica, and Peru, in part to help ease their local teacher shortage.