After completing four rigorous years of high school, most students look forward to the opportunity to walk across the stage and accept their diplomas. Thousands of seniors, however, were left without in-person graduations after COVID-19 struck.

In an effort to support the Class of 2020, former graduates across social media took part in a viral “senior photo challenge,” where they shared their own personal photos from past proms or graduations.

But Kelli Wyatt, a Philadelphia middle school teacher, had a problem with this trend.

“How was this supporting them?” she asked. “If my house burned down, I wouldn’t want people to share photos of their living room and say they’re supporting me.”

As an alternative, she launched Adopt a High School Senior, a Facebook group that connects 2020 graduates with those who’d like to send an encouraging token to students who missed out on an important milestone.

MORE: Valedictorian in and out of homelessness has sights on becoming FBI agent

Parents can request to join the group and post a short biography and a few pictures of their child. Adopters then virtually connect with the students to later send heartfelt cards, words of encouragement, online registry gifts or whatsoever they feel inspired to give. Many parents have even returned the favor by mentoring other children in the group after their own were adopted.

“The love has been overwhelming,” Wyatt told “Good Morning America.” “Our students know that their immediate family will always support them, but the outside support is just as important. This group has impacted people’s lives.”

Although the group was initially intended to celebrate those living in the Philadelphia area, Wyatt is thrilled to have individuals outside of the city take part. In just over a month, 7,000 people from all across the country have joined and over 2,000 members have adopted seniors.

With interest so high in the group, Wyatt decided to create an Adopt-A-Senior scholarship fund after many started reaching out to ask how they could donate to support the seniors.

The fund has now surpassed $30,000, most of which has already been distributed to students. Dozens of selected graduates were awarded up to $1,000 after completing essays, doing community work or taking part in give-away games.

“It extended far beyond anything I ever expected. Regardless of what’s going on in the world, people still want to do good things for others,” Wyatt said.

Senior Samaj Schell was devastated when he first learned that his prom and graduation ceremony would be canceled. His low spirits soon turned to excitement when he found out that he was awarded $1,000 from the scholarship fund and adopted by three strangers in the group.

“To first hear that graduation was canceled really let me down. It being my last year, I was really looking forward to it,” Schell told “GMA.” “I was so surprised and excited to find out I was adopted.” 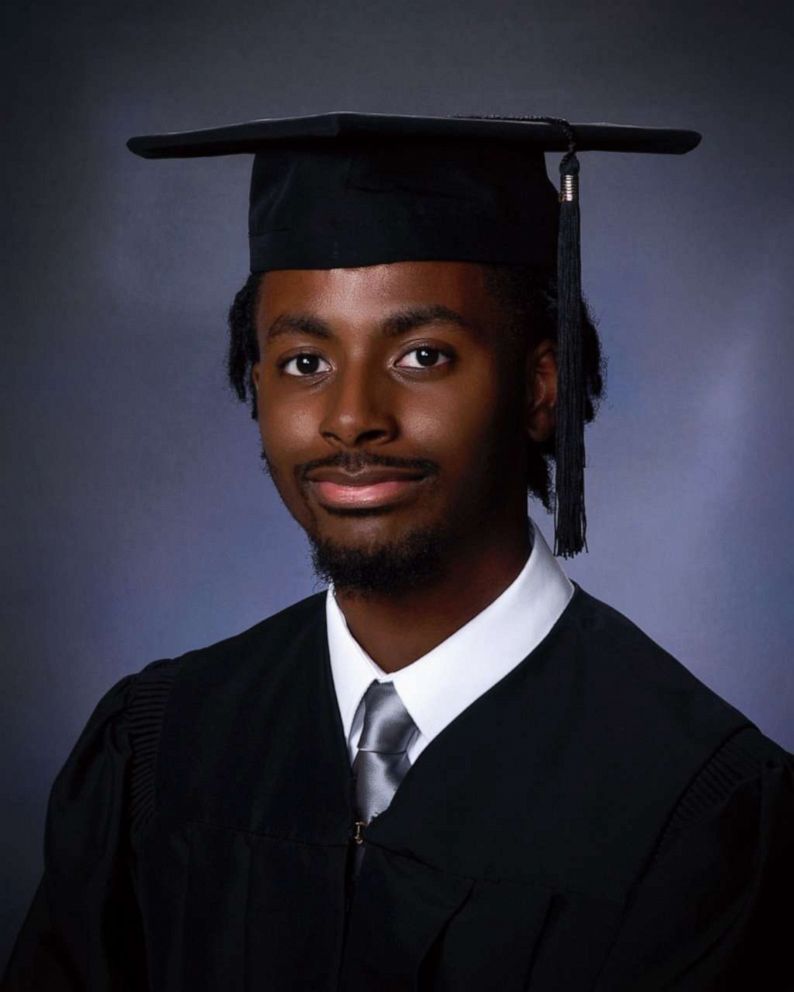 One of his adopters was Philadelphia-native Brian Oglesby, who decided to adopt after discovering Schell will be attending his alma mater, Indiana University of Pennsylvania. Oglesby first learned of the Facebook group from a friend and hopes he can provide a lasting mentorship with Schell.

“I was looking for a student that was planning on attending my alma mater and found Samaj,” Oglesby said. “All the hard work from graduating seniors deserves to be recognized. This Facebook group gives us the chance to create relationships and be a mentor.”

Hundreds of other seniors now have adopters looking out for them, thanks to Wyatt. Seeing the extensive amount of support from strangers all over the United States is humbling, she said, and she hopes to continue this throughout the rest of the graduation season and maybe even next year.

“The group got this far because so many people chimed in,” she said. “We’ve created a village.”