At high schools across the U.S. this school year, students will be able to take a brand new Advanced Placement course: AP African American Studies.

The College Board, the nonprofit that operates the AP program, told ABC News that 60 high schools are participating in the new course's debut year, a pilot program that is kicking off this fall. The organization hopes to expand the course to all schools that would like to offer it by the 2024-2025 school year.

"The course is designed to offer high school students an inspiring, evidence-based introduction to African American Studies," the College Board told ABC News, adding that it had been working for nearly a decade to develop the new AP course.

"When I found out that they were adding an AP course, it was really exciting for me because having the AP title on it gives it a certain level of 'legitimacy,' " Williams-Clark told "Good Morning America."

"It was a class that I felt like students would flock to and also a class that would help fill in gaps for things that weren't necessarily covered in the U.S. history curriculum."

MORE: Teachers are reinventing how Black history, anti-racism are taught in schools as system falls short

Students in the AP program take rigorous college-level courses while in high school, exploring one broad subject in depth and learning key skills such as critical reading, thinking and writing. At the end of the school year, students can then pay a fee to sit for an AP exam, and those who earn high AP exam scores can receive college credit or scholarships.

For the first year of AP African American Studies, Williams-Clark said students will get to sit for an exam but without a college credit option, as test development continues to be finalized. 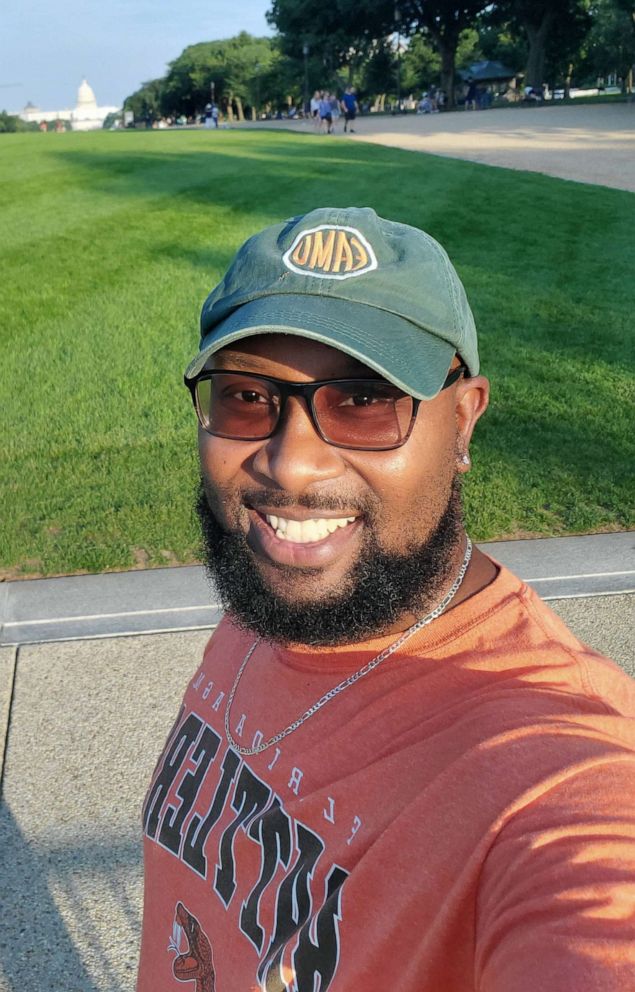 At FSUS High School, the AP African American Studies course is a yearlong class. Students attend the class for 50 minutes every weekday.

Williams-Clark told "GMA" he plans on covering everything from the Bantu migration and African empires to the transatlantic slave trade and the Harlem Renaissance, as well as the civil rights movement of the 1950s and 60s. Williams-Clark estimates the periods of study will span as far back as 3,000 B.C. up through the present day.

For teachers, Williams-Clark said the new AP course has also been a game-changer. Some, like him, are teaching the subject for the first time -- but whereas he has some background, having taught middle school social studies and having concentrated in African American Studies as a college student, others are approaching the class with a blank slate.

Many teachers gathered at an AP Summer Institute this past July at Howard University to plan their curriculum.

"Many of the teachers who were teaching African American history prior [to this AP course] ... said they felt like they were on an island by themselves. And so now, we have a community to use each other as resources and see what each other are doing, see how things are going," Williams-Clark said.

"I really appreciate the fact that that particular training brought us together as a community and those who have been teaching African American history ... no longer feel like they're on an island." 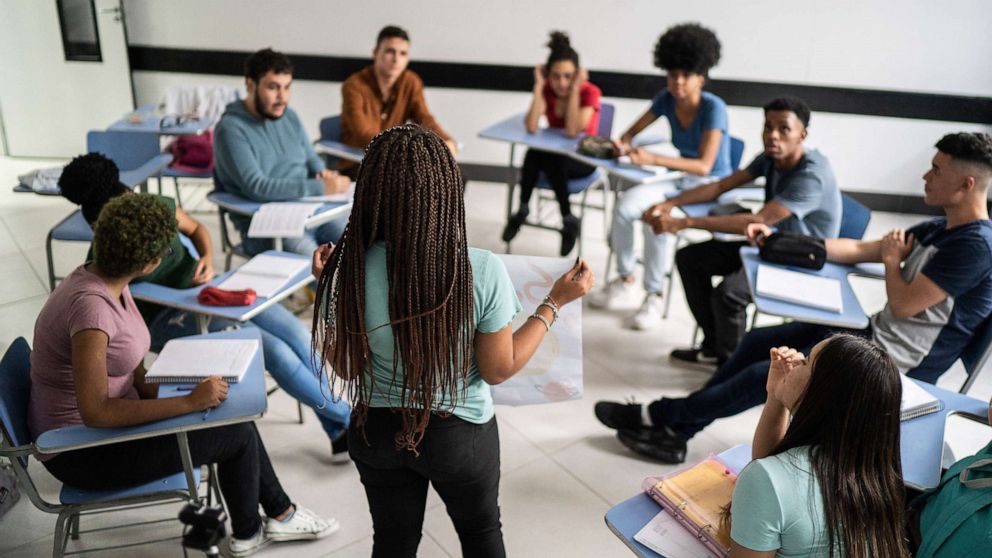 Fg Trade/Getty Images
A teenager student speaks to fellow classmates in the classroom in a stock photo.

The College Board's AP African American Studies course is launching during a midterm election year in which several states have introduced or passed legislation limiting instruction and classroom discussions on race. Florida is one of those states, although a judge last month blocked Gov. Ron DeSantis' "Stop WOKE" Act, which sought to limit discussions of race in Florida classrooms, ruling the law unconstitutional.

"The African American experience is not just slavery and trauma and the civil rights movement, but it's also about resilience and joy and building things out of nothing and also connecting those African traditions that came over with those people who were forcibly brought over and how they continue to pass on traditions," he added.

Williams-Clark has been teaching the AP African American Studies class since Aug. 8 and said feedback from his 25 students has been positive so far.

"When I asked them how it's going, it was like they are enjoying the class. One particular student, she said, 'I like that this is an AP class, but it doesn't feel like an AP class and I feel like I'm getting a lot out of it.' "