Sophie Oleniacz, an elementary school English teacher in California, took a leave of absence right before the COVID-19 pandemic began in early 2020 and went back to work in the fall. With her classes fully remote, she expected a different experience.

"It’s assumed that [virtual] is easier than teaching in the classroom and that you’re at home so you have time to provide and plan all these other things for kids," Oleniacz, 27, told "Good Morning America."

But, she said, the boundaries between her professional and personal life "fell apart."

"I was home so I felt like I was always working," Oleniacz said. "I definitely felt extremely burnt out." 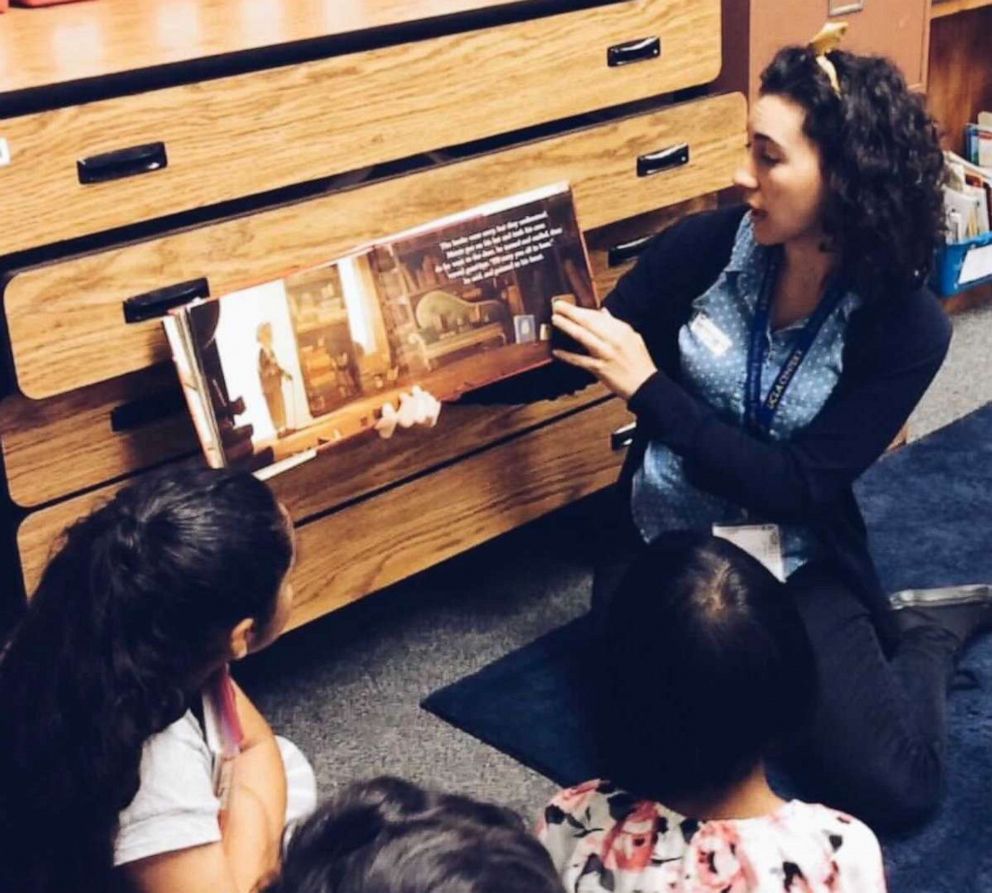 For Oleniacz, the biggest shift during the pandemic was not being able to provide support to students the way she would’ve in a classroom setting. To do that, she would’ve had to work well past her hours.

"It takes more time to check in with each kid," she said. "You can’t just walk around and do a quick check. I don’t have time to pull small groups of kids aside, but that was the expectation."

Oftentimes, teachers tirelessly work beyond a standard school day’s hours creating lesson plans, grading students’ work and preparing for the days ahead. During the pandemic, that has only gotten worse, leading to feelings of burnout, anxiety and stress.

"Educators have always been first responders to students’ needs and doubly so during the pandemic -- they’ve tended to kids’ social and emotional wellbeing, taught science experiments over Skype, and helped them through the hurdles of online, hybrid and in-person learning," Randi Weingarten, president of the American Federation of Teachers, said to "GMA."

According to the 2021 State of the U.S. Teacher Survey conducted by the RAND Corporation, job-related stress, burnout and symptoms of depression seem to be almost universal among teachers. Of those surveyed, one in five said they weren’t coping well with job stress, one in four said they were experiencing symptoms of depression and half felt burnt out.

"When I got home, I would want to shut down," Dishongh, 55, told "GMA." "I’d go home and sleep a lot. It seems like I slept more than I normally do just to give my brain a mental break." 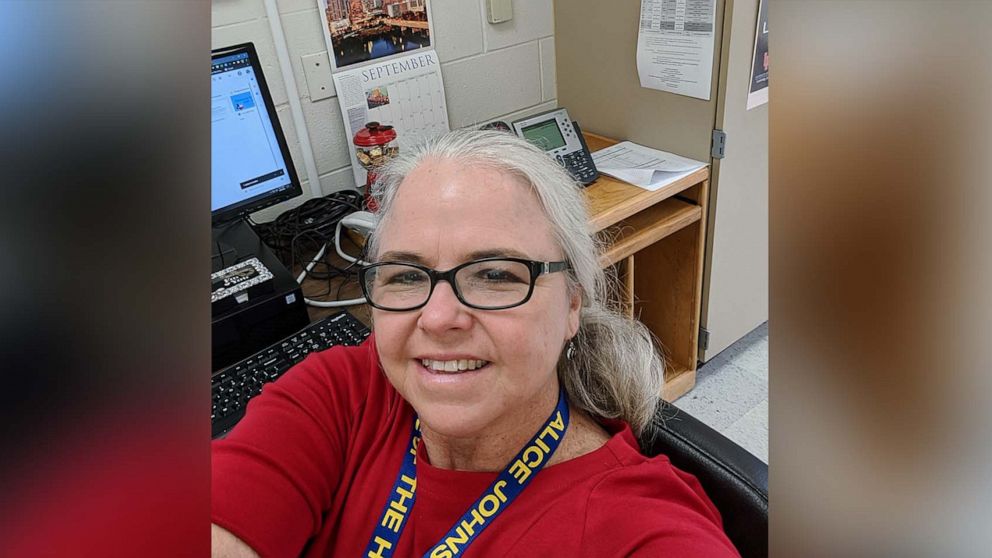 Dishongh taught hybrid classes, with students in the classroom and at home learning simultaneously. While it gave her a chance to experiment with her teaching style, keeping both sets of students engaged was the biggest challenge.

"One day I was talking to the kids that were sitting in class and I said, ‘You guys have the additional resource of having me present so I can help you,’" she said. "While I was saying that, not one of them was looking at me — they were watching me through the computer."

It's another concern for Dishongh, who also notes the additional responsibilities teachers have taken on.

"The schools are putting a lot on us, and I’m not really sure I’m equipped to deal with all that," she said. "I’m overwhelmed with some of the things they expect us to do."

"Two years ago, they started teaching us how to be first responders and how to treat gunshot wounds. I never signed up to be a first responder when I became a teacher, but with school shootings, that’s become the new reality," Dishongh added.

Reality for many teachers also includes the politicization of masks in schools. Several states have issued executive orders banning school districts from requiring the use of masks. A number of districts are fighting back by issuing mask mandates anyway and some states are suing over the orders. Similarly, in Utah, Iowa and South Carolina, parents are taking matters into their own hands and filing lawsuits themselves.

While the lawsuits are handled in court, some districts are getting around the mask mandate ban through creative solutions. Some districts, for example, are requiring all students to wear masks by including them as part of the dress code. They'll also be required in L.A., where the Los Angeles Unified School District Board of Education unanimously voted to require the COVID-19 vaccine for all eligible students ages 12 and up.

"We’re in a situation right now where kids are getting sick," Dishongh said. "I am really, really concerned about their safety more than anything else. I feel like we’re under more of a threat this year than we were last year."

For some teachers, they’re caught between the desire for normalcy and a fear for their students’ safety.

"[Teachers] have embraced being back in school in person, full time, because they know that’s where kids learn best and where they can recover and thrive," Weingarten said. "They have only asked for it to be safe, which is why they also overwhelmingly embrace vaccines and masks. Now, they’re facing another incredibly challenging school year, perhaps the most challenging, given our students needs as well as the exhaustion and burnout of COVID."

David Finkle, a ninth-grade English teacher in Florida, is teaching fully in-person classes and said he’s eager to see his students and connect with them in the classroom.

"It’s been really nice to see them all," Finkle, 54, told "GMA." "Building relationships with your students was one of those things that was a strain last year, and that’s not the case this year. Now you can walk around and relate to the kids."

Of last year, he added: "I was kind of trapped behind my desk because I didn’t want to neglect the online students, but then I couldn’t go out and really interact with the classroom students as much as I wanted to." 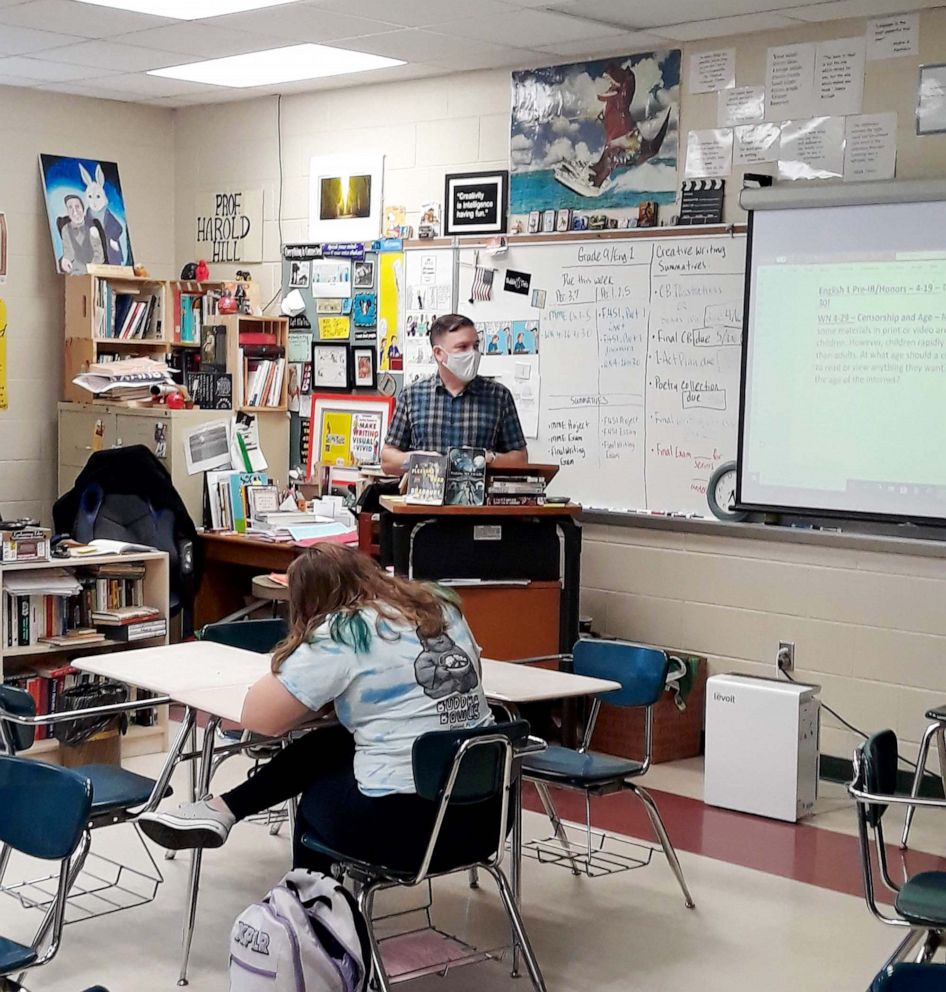 The lack of interaction meant students weren’t as lively or willing to participate, which in turn made it more challenging to teach.

"You want a certain level of energy back from the kids," he said. "It was difficult to keep your energy up even though you weren’t getting much back."

Finkle is worried about his students, as some are too young to get the vaccine and others have families who won’t allow them to do so.

"I’m scared for the kids," he said. "COVID is hitting them more now."

Even in states where mask use is required in schools across the board, such as New York, the issue of enforcing the mandate is still an issue.

Lat, 26, is conflicted about the return to school, feeling both excited to see her students but worried about the level of uncertainty that comes with it.

"Part of being a teacher is being flexible," Lat said. "But I feel like this pandemic is really testing how flexible anyone can be." 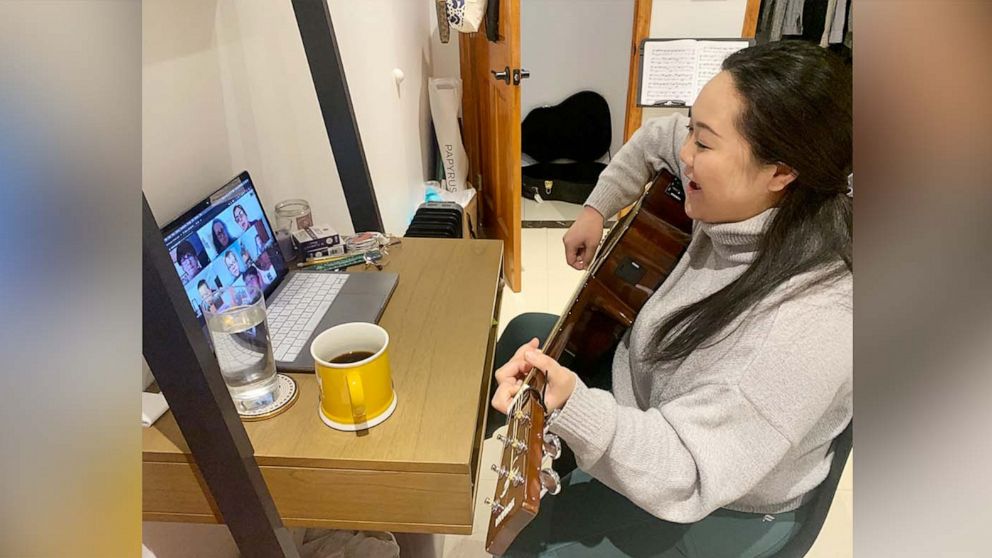 Anjelica Lat
Anjelica Lat, 26, as she instructs her students virtually.

Previously, Lat’s classes were hybrid and as a music teacher, it wasn’t easy for her to instruct her students virtually. Normally, Lat corrects her students’ work based on what she hears in class, but that wasn’t possible during virtual classes, because they all had to be muted.

"It was so difficult when we started," she said. "I had to shift my teaching -- having to see them through a screen and figure out what was happening on the very limited view that I had was challenging."

Guidelines from the Centers for Disease Control and Prevention prevented Lat and her students from using instruments when they met in person.

"A lot of my students were upset about that," she said. "Trying to find ways of doing the songs and the games that I still liked to do and wanted them to do was hard."

According to Oleniacz, if schools listened to their staff, burnout and unnecessary stress could be prevented.

"I know they have pressure put on them from the districts," she said. "But it’s hard when teachers are saying, 'Hey, this isn’t a possibility' or 'We’re doing our best,' but aren’t listened to."

The expectations for teachers and students have been raised in a time of crisis when they shouldn’t be, and there needs to be more consideration for both groups, Oleniacz added.

"Sometimes it felt like I was doing a lesson for high school students," she said. "I definitely had to fight some people on things at school like, ‘They’re 9, so we’re going to do this, but it’s going to look different because they’re small and they’re not in the classroom.'"

"It’s so hard when no one is giving me space to do my job," Oleniacz said. "No one is allowing for that to happen."

"Stop trying to micromanage us and let us meet the students where they’re at, because students are in all different places," Finkle said. 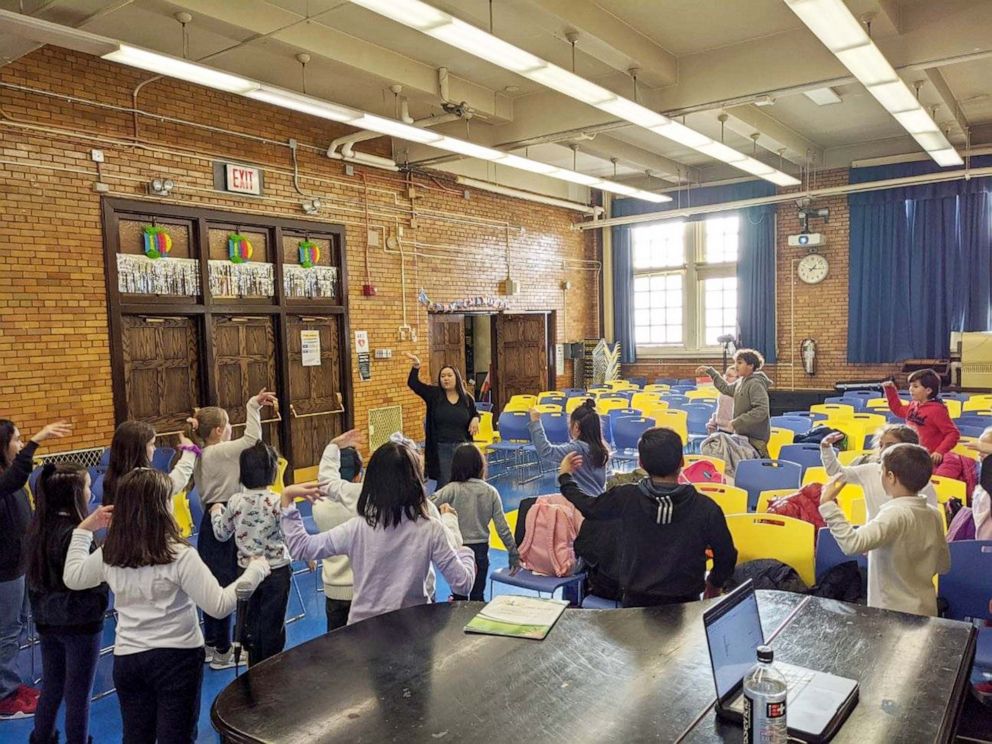 Anjelica Lat
Anjelica Lat, 26, instructs her students in New York City.
MORE: How an epidemiologist plans to send his kids back to school amid COVID-19 surge

The ever-changing landscape in a COVID world doesn’t allow teachers to plan in advance, which only makes their job more difficult, Lat noted. Schools need to clearly communicate what their plans are if a positive case occurs ahead of time, so that teachers have insight into what would happen if that occurred and can have things ready rather than having to figure it out on the go.

"I don’t know quite how to prepare for each year," Lat said. "I feel like I don’t have anything to fall back on in terms of my curriculum or things I like to do with my students because every year has been so different."

For much of the last two years, schools with any form of in-person learning quickly pivoted to remote if someone tested positive. They would then return to in-person only to repeat the process once another case broke out.

"We can’t be waffling around with a health crisis," she said. "It makes it hard to plan and prep ... teachers can only do so much. There needs to be a better setup."