Ever wonder how you're being perceived in emails?

Do you wonder if your overall message is being received in a positive way on the other end?

You may think that you're communicating clearly in an email, but how you say it might be hurting how you're perceived at work.

(MORE: These apps aim to make networking easier for women)

When it comes to emails, it isn't a surprise that men and women communicate differently. But research shows that when certain writing styles are used by women, the message can be received differently.

"We don't have the body language that you would have in person to communicate what we're trying to say in emails," said Lauren McGoodwin of Career Contessa. "So you can potentially send this wishy-washy vibe to the person that you're maybe trying to be really authoritative with."

A 2006 study called "Gender and the use of exclamation points in computer-mediated communication" by Carol Waseleski on tag questions and exclamation points found that certain elements of speech and writing tend to be described in negative terms when used by women.

(MORE: The gender pay gap is even worse if you're a woman with a college degree)

Waseleski found that when women add a tag question at the end of a sentence, like "John is here, isn't he?" or "Alex conducted the report, didn't she?" it indicates that they "lack confidence" in what they say.

At Career Contessa -- a website that offers tools and resources for women to help build their careers -- founder and CEO Lauren McGoodwin said that women have to be mindful of these behaviors that may keep them from getting promotions or getting more time on projects, because certain words or phrases used in emails don't communicate confidence.

"When men do this behavior, they're not seen as less authoritative, but women are," she said.

McGoodwin has seen how certain patterns affect the overall message in emails.

"A lot of the times, it's unconscious that we put these into our written emails," she said. "We're not aware of how much damage that might be doing long term."

To help with writing clearer messages in emails, McGoodwin compiled a list of six things that women should never do in an email. 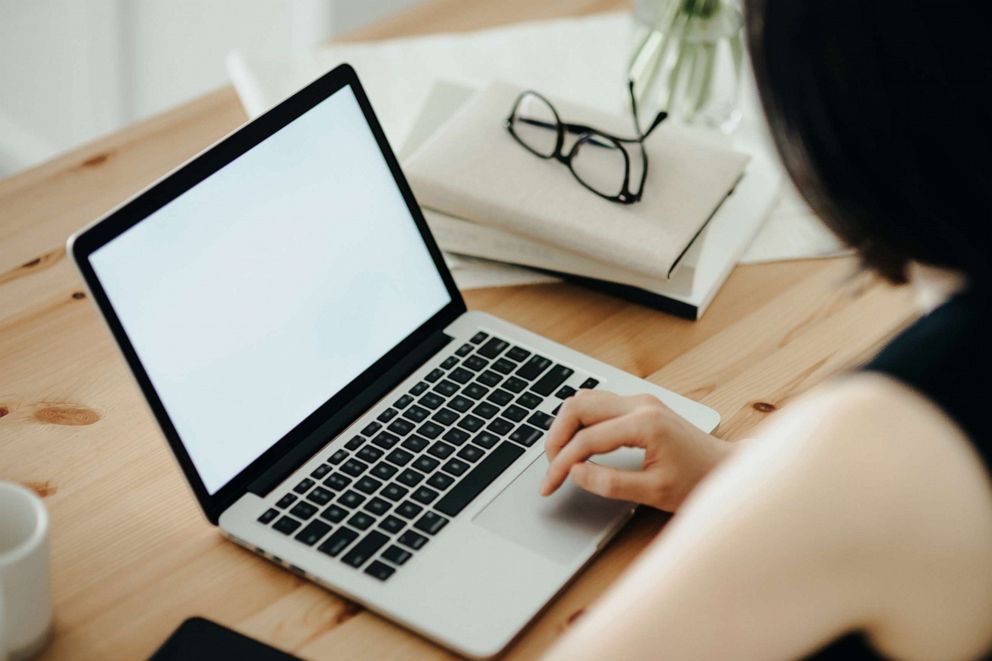 Using these words can make us sound like we're being apologetic or defensive. For example, "I'm just following up with you."

Similarly, "actually" can sound rude and can imply you aren't receiving feedback well. For example, "Actually, I meant this instead of that."

The solution: Remove those words completely.

2. Stop undermining yourself with qualifiers

McGoodwin said women tend to weaken their message in emails when they add qualifiers. Saying things like "I'm not an expert in this but" automatically tells people you're not an expert.

"Before you've even mentioned your points, you've already told them you're not an expert and they don't need to listen to what you have to say," said McGoodwin.

Solution: Instead of pre-qualifying that you're not an expert, McGoodwin suggests to ask for their feedback.

While many of us have good intentions when ending an email with "Does this make sense?" McGoodwin said what it really comes off as is condescending.

"You think they're not smart enough to understand your email or maybe your email was confusing to follow," she said.

The solution: Stop sending emails with this question and instead, McGoodwin said to end them with "I'd love for your feedback" or "I look forward to hearing from you."

For many of us, saying "sorry" is a comfortable way to preface a request. McGoodwin said that using that word is one of those unconscious habits that many women have formed over our lives where we say sorry instead of "excuse me."

"There's nothing to be sorry about," she said.

The solution: Stop saying sorry when you're not sorry!

5. Careful with those exclamation points!

McGoodwin said tone can be really hard to judge in an email. The use of an exclamation point can imply excitement or show how nice we are, but in emails, it can come off as overly friendly and can alter the overall message that you're trying to send -- especially in serious email requests.

The solution: Write your email as you would and put as many exclamation points as you want in them, but before you hit send, go back and delete at least half of them.

"If you have more than four or five exclamation points in an email, which should already be brief, then that's too many," McGoodwin added.

"Your job is to make sure that they answer your email and to get all the way to the bottom and a really long, lengthy email isn't gonna do that," McGoodwin said.

The solution: "Write your email exactly how you want, then go back and delete anything that isn't necessary," McGoodwin said.

She suggests that tools such as bullet points or sub-bullet points can be used to make your message easy to understand.