Every year, many of us talk about doing our holiday shopping early. But this year, you may want to get started sooner rather than later.

That's because experts are warning of possible shortages and delays on everything from toys to artificial Christmas trees due to COVID-related supply chain issues, as well as the record-breaking cargo surge reported by the Marine Exchange of Southern California.

"It's a problem from the loading docks in China all the way to the retailers loading docks in the United States," Steve Pasierb, president and CEO of The Toy Association, told ABC News. "The biggest part of it being ocean shipping being extraordinarily expensive and taking much longer than it ever has."

"We're seeing a shortage of product that was initially meant to be shipped over. And we're also seeing a delay in that product getting into stores," she said.

Ports in Southern California responsible for nearly half of all U.S. imports have hit record high numbers of container ships waiting to unload, according to the Los Angeles County Economic Development Corporation.

ABC News Los Angeles station KABC shared a glimpse from helicopter footage above the port of Long Beach where more than 100 ships are anchored off the coast, waiting to get to the docks.

The shipping problem has been compounded by labor shortages at said docks as well as limited warehouse space and trucking issues.

"Smaller retailers have really in the past relied on a very fast supply chain. What's different now is that the supply chain is limited and deliveries are also going to be limited," Herzog explained. "So while they certainly have the ability to deliver the product, the product is going to be delayed."

This has prompted some retailers to get proactive to make sure their shelves are stocked. Target shared in a blog that it chartered a container ship to make sure its merchandise arrives on time.

"We'll continue to partner with our vendors to tackle supply chain challenges together this season and beyond to ensure we can deliver for our guests," Target said in the post. Walmart and Home Depot have taken similar action.

Despite retailers' efforts, Pasierb recommends picking up stocking stuffers as soon as you can.

MORE: Shop smart with these top tools for coupons, cash back, reward points and more

"Whatever becomes the hot toy of the season in the next month or two may not be there in huge quantities," Pasierb said. "It's really the holiday season now, from Labor Day into early October, it's some of the best shopping, the best selection." 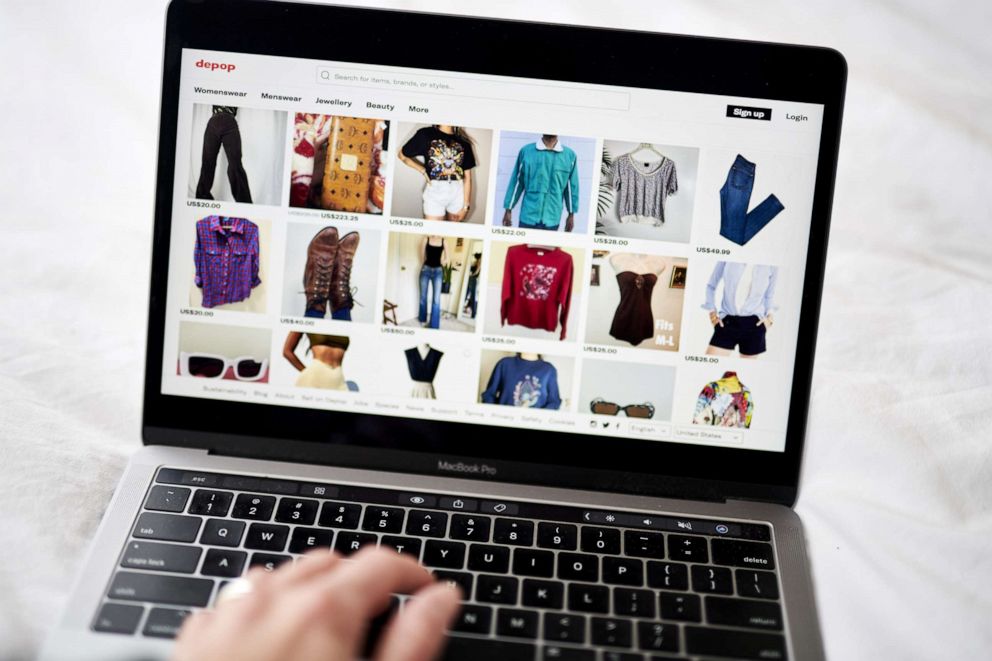 Bloomberg via Getty Images, FILE
The Depop website is displayed on a laptop computer in the Brooklyn borough of New York, June 2, 2021.

And while online sales are expected to grow this year, you may want to be prepared to shop in brick-and-mortar stores, too, in order to find the best selection.

1. Shop early: There will be sales, but they may not be as frequent or on items on your wish list. They're expected to start and end earlier, so hitting the ground in September gives you more time to figure out alternative ideas.

2. Look for dals before Black Friday: It may be tempting to wait until the last minute, in part because that's typically when the deepest discounts are offered, but shopping before Thanksgiving and Black Friday doesn't necessarily mean you'll sacrifice on price.

3. Use apps to get alerts on price drops: Apps such as Paribus monitor prices on items you've bought online and notify you if there's a drop in the price, and can work to help you get the difference back.