The twins, 15, from Miami were both diagnosed with scoliosis at age 12 during their annual checkup in January 2018. According to the American Association of Neurological Surgeons, scoliosis affects 2-3% of the population, or an estimated 6 to 9 million people, in the United States. It can develop as early as infancy but is typically onset between 10 and 15 years old.

While Delaney's scoliosis didn't require treatment, Hadley was diagnosed with idiopathic scoliosis and the curve of her spine was greater than 20 degrees. Doctors prescribed her a back brace that needed to be worn for 18 hours a day to stop the progression, Hadley told "Good Morning America."

"Getting used to wearing a brace can be a little daunting," Hadley, who was able to stop bracing in June 2020, said. "It's made of a hard plastic so it can be hot to walk around in on a daily basis and it makes it a little bit difficult to do activities like sports."

Fortunately, if Hadley needed to take off her brace for any reason, she could wear it for extra hours another day to make up for lost time. The true difficulty was in keeping track of not just those banked hours, but also her daily use.

"One thing about that I found really difficult was figuring out how to track the time that I wore it," Hadley said. "I tried using a lot of different things. I think we tried using a notepad, a whiteboard, and I even tried looking for an app on the app store to see if there was something that could help me track that but there really wasn't one so we decided to develop one ourselves." 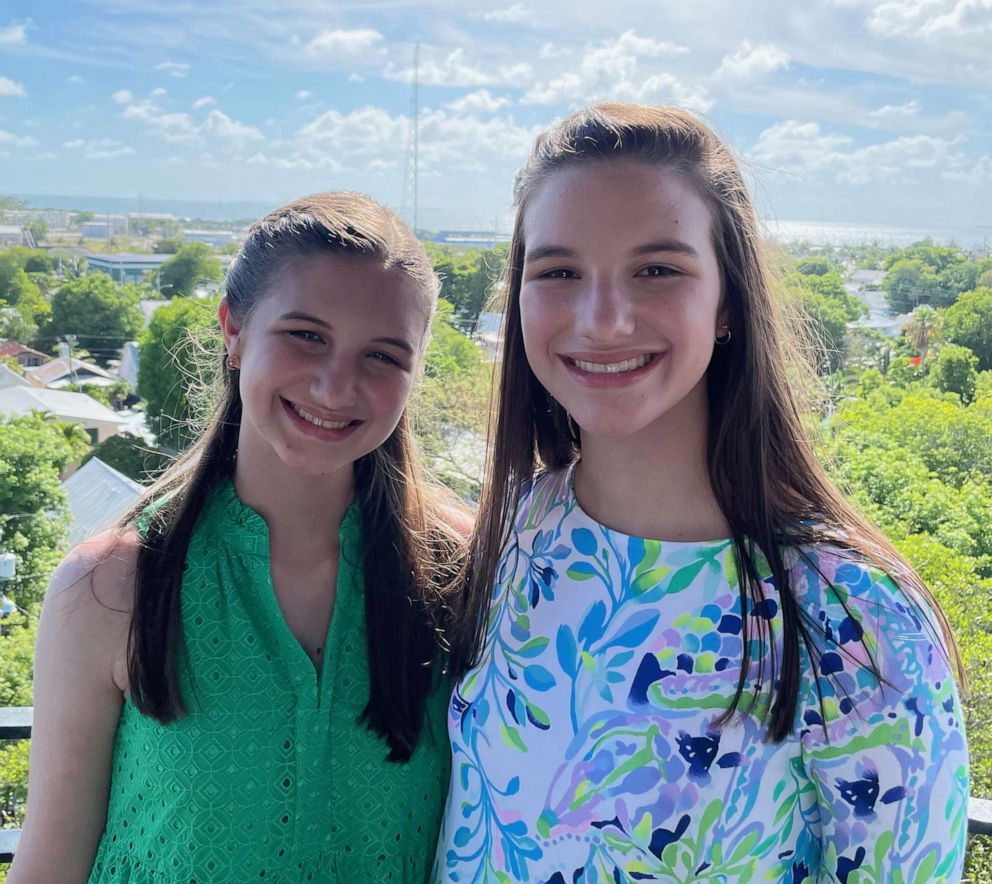 That same year, the twins began to research more about scoliosis and app development to figure out what functions would best serve people with the condition. While the girls were previously interested in STEM, they had no prior experience with building an app.

They then worked with an app developer to make sure they had everything they needed to get the app into app stores across all devices, and it officially launched in May 2019.

"Since BraceTrack is a medical app, it was really important that we were HIPAA compliant and that we had all of those things in order," Delaney said. "So we found an app developer that would be able to help us actualize all of the vision, all of the designs that we had." 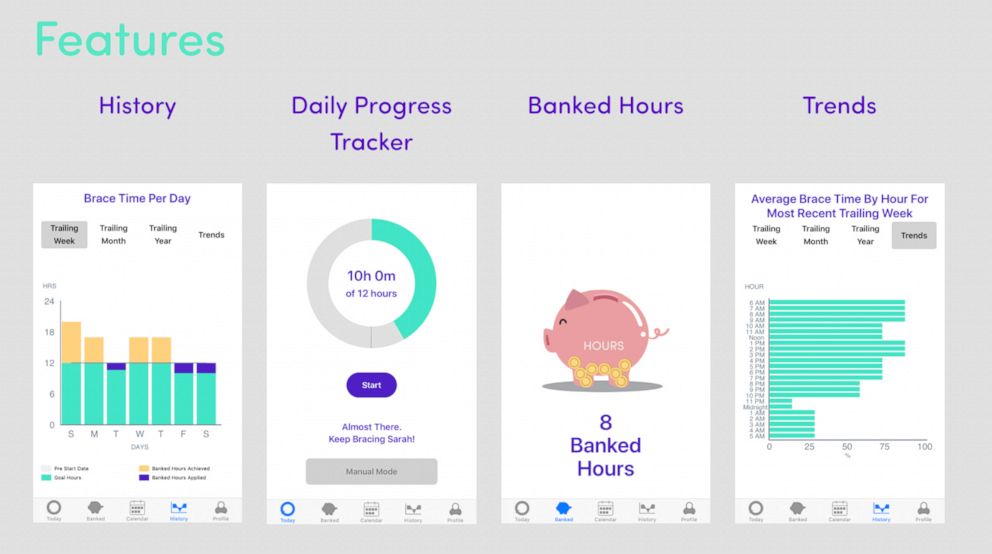 BraceTrack
A screenshot of the features BraceTrack users can utilize to track their scoliosis brace usage.
MORE: Wheelchair-stroller built by students for new parent with impaired mobility

BraceTrack has several functions to assist users. It can keep track of how long a person wears their brace each day as well as how many banked hours they have, which can be applied to other days where they've needed to take their brace off.

It even keeps a log of past history of brace use and creates average trend data based off that. Users also have the ability to create a report with all of the data the app collects, which they can save and send to a doctor, relative, or the like.

"These reports make it more easy to interpret and understand where you could be wearing your brace more or where you're wearing it a lot," Delaney said.

The app has been downloaded over 1,000 times, the sisters said, and had around 500 active users last week. Currently, BraceTrack has a 4.9 out of 5-star rating on Apple's App Store with a myriad of positive reviews.

"We've been really amazed by the response we've gotten to the app," Hadley said. "People have said that's made their brace experience a lot easier and that they're able to track their time and understand better where they are with that." 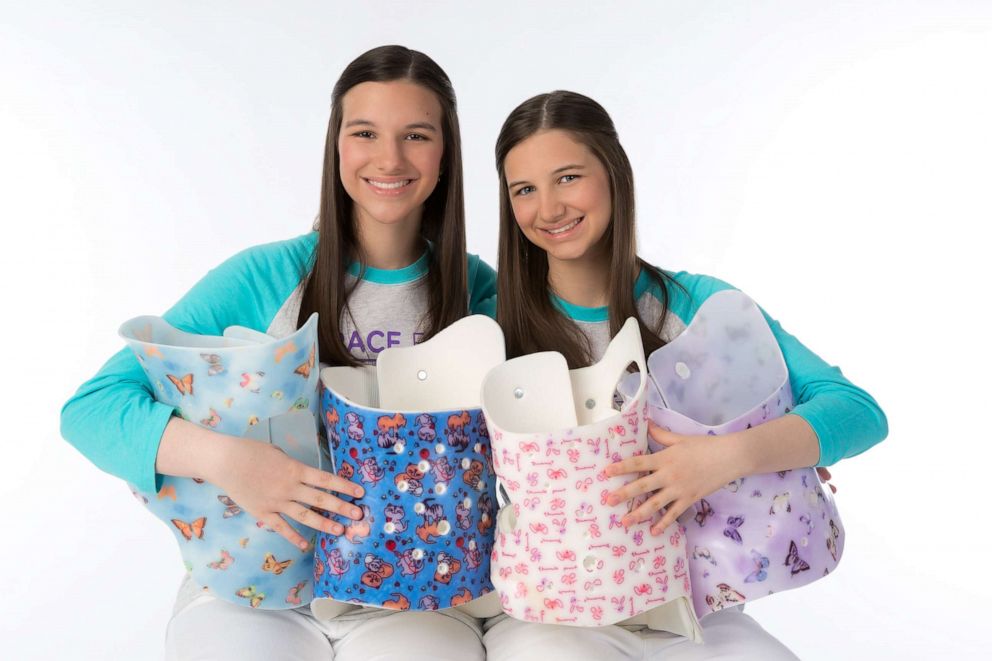 Hadley and Delaney also founded Brace for Impact in January 2021, which is a nonprofit that aims to provide funding for scoliosis braces for children and families who are unable to afford them.

"Bracing journeys can be really expensive since braces cost anywhere from $3,000 to $10,000," Delaney said, adding that braces are custom-fitted and kids may need multiple braces as they grow.

She continued, "It can be a real financial investment and we were sort of thinking about what we could do to support kids who aren't able to afford these braces since insurance doesn't always cover them and they're really important to your spinal health." 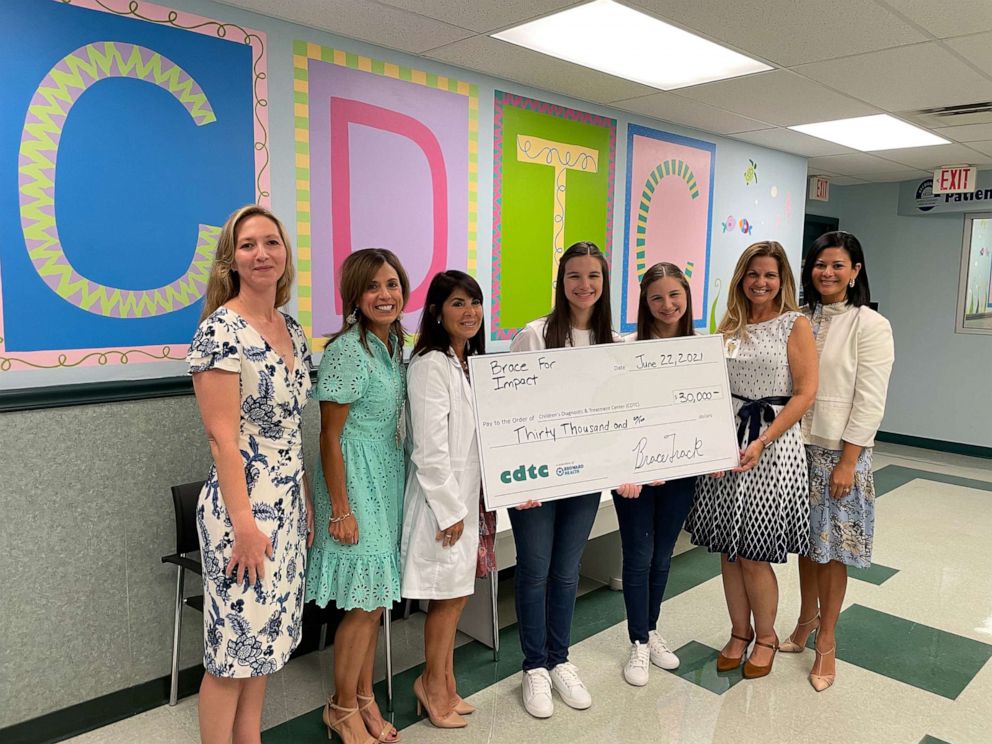 "We've just been really amazed by the places we've been working with," Delaney said. "The doctors and hospital staff that we've been talking to about this have just been so amazing and so inspiring."

"It's been really amazing so far to watch how Brace for Impact has been able to help kids," Hadley said.