Two sisters have sparked change after learning that some workers were breaking a law in their Indiana community for using "Men Working" signs.

"It blew me away," mom Leslie Babione of Carmel, Indiana told "Good Morning America." "I'm very proud of them for asking questions and most proud that after asking questions they said, 'Well, what can we do about it?'"

Babione said her daughters spotted a "Men Working" sign in January and wanted to research the history of the sign. They learned that gender-specific signage is against regulation as per the Federal Highway Administration's Manual on Uniform Traffic Control Devices (MUTCD).

"Leslie [Babione]'s work and the girls' cute letters brought that to our attention," Finkam told "GMA." 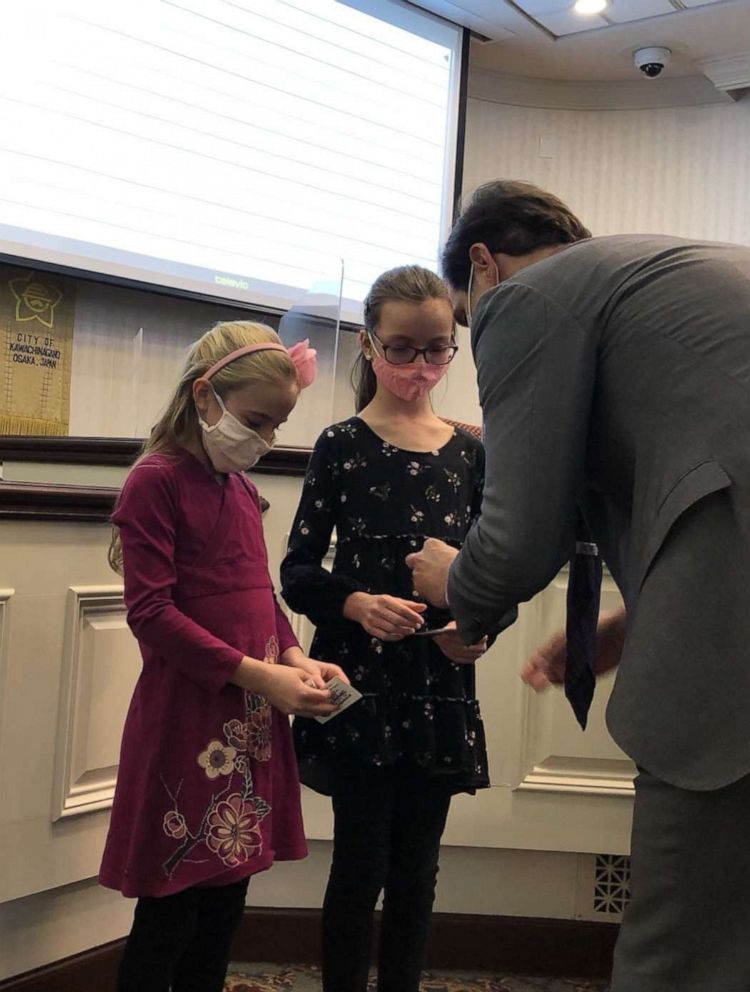 Finkam said the sign that Blair and Brienne had seen was likely from a contractor who was hired to work in Carmel.

Blair and Brienne's letter to Finkam reminded city officials that women work in construction too.

Finkham then introduced a resolution defining the use of gender-neutral construction signs, which was unanimously passed.

"Having been alerted to gender bias in this community by the thoughtful letters of two of the City’s youngest residents, Blair Babione and Brienne Babione, the Common Council chooses to take official action to promote equality and inclusivity," the resolution reads. "'Men Working' or 'Men At Work' signage communicates the false and unacceptable message that women cannot or should not work in the construction trades or other related fields." 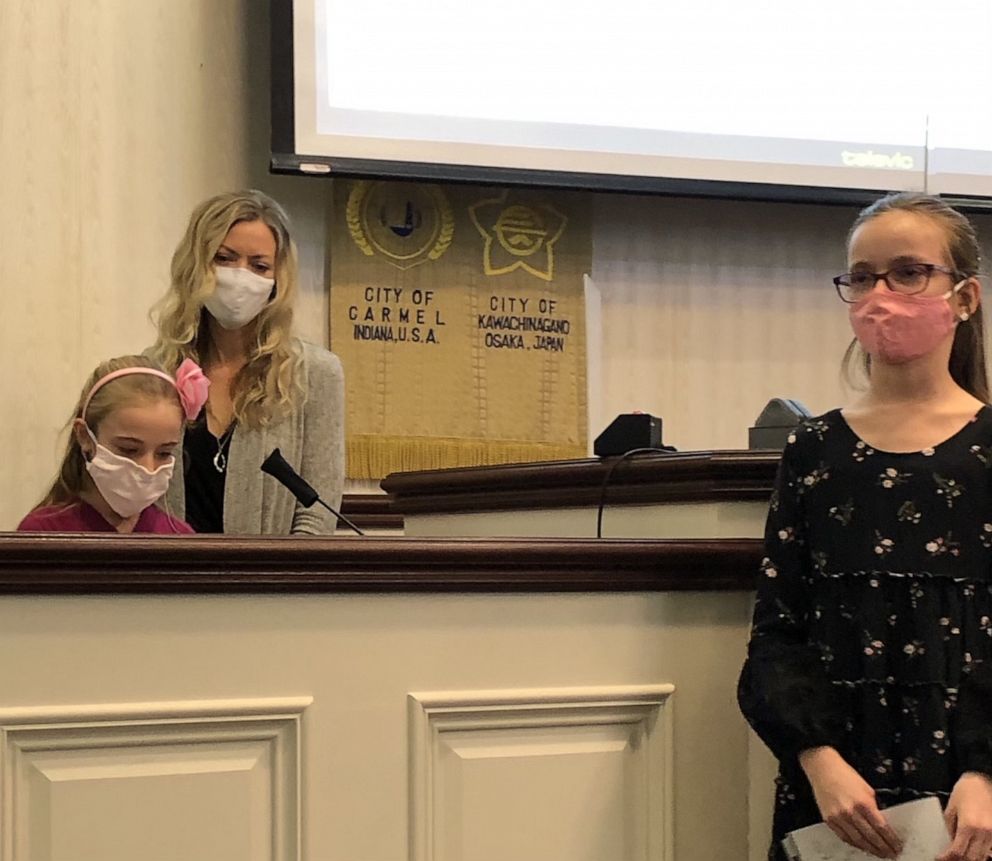 John Babione
Blair Babione, 11, and Brienne Babione, 9, of Carmel, Indiana, wrote letters to Carmel City Council President Sue Finkam after spotting a "Men Working" sign being used in January and wanted to research the history of the sign.

Finkam said that Carmel stopped using gender-biased construction signage within the city limits quite some time ago. In 1988, the signs should've been completely phased out at a federal level, she added.

"The main reason of doing this is to highlight the voices of two young girls," Finkam said. "I wanted to underscore the value of that and they're one day going to inherit the leadership of this community. The earlier they can get involved, the better."

On March 1, the first day of Women's History Month, Blair and Brienne attended a City Hall council meeting where they read their letters and received a "Men Working" sign that officials dug up from storage. 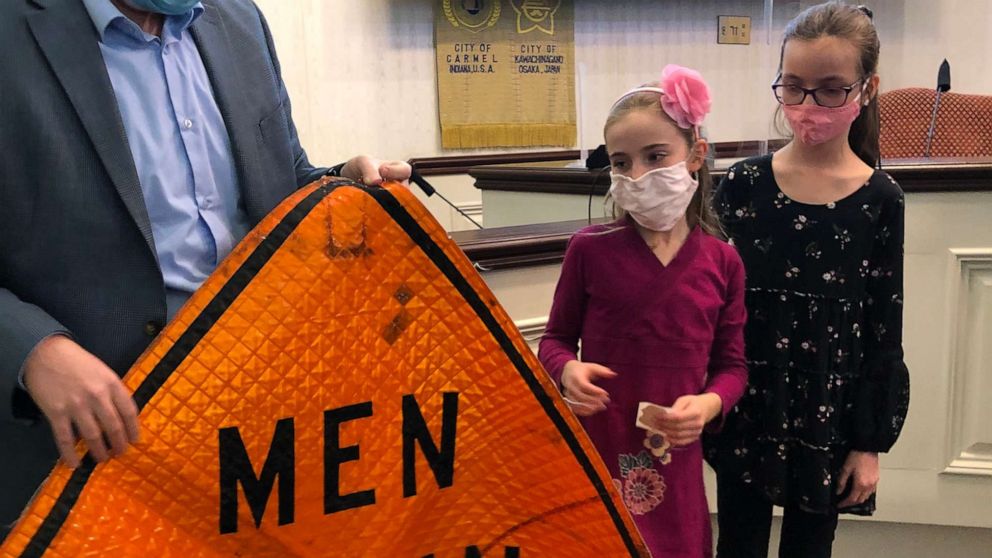 Leslie Babione
On March 1, the first day of Women's History Month, Blair and Brienne attended a City Hall council meeting in Carmel, Indiana, where they read their letters and received a "Men Working" sign that officials dug up from storage.

Blair and Brienne were gifted that memento, as well as other items from women who work in male-dominated fields.

The girls were thrilled to speak before a street department foreman, firefighters, police officers and K9-officers who are all women.

"I'm proud of their empathy for others and imagining how other women might feel seeing the 'Men Working' sign being used," Babione said of her children. "They hope everyone will continue using appropriate signage and following the laws."

When Blair grows up, she would like to work as a geologist. Brienne has sights set on becoming a veterinarian.

Babione hopes her daughters' story encourages kids to engage in civic duties, no matter their ages.