Summer is the season for weddings, an often once-in-a-lifetime event that can bring both joy and financial stress for couples.

As weddings become more elaborate and Instagram-worthy, so too are the lengths people are going to pay for them.

Online lenders are issuing up to four times as many loans for weddings as they did a year ago, according to a report in The Washington Post. The so-called "wedding loans" are often going to pay for extras like custom calligraphy, doughnut displays and Instagrammable wedding venues.

Mary Naklicki decided to take out a $10,000 loan earlier this year for the wedding of her daughter, Dianna Naklicki.

"It was easy, simple and we didn't want her to have to pay for anything," Mary Naklicki told "Good Morning America." "When I got married, my parents paid for our reception so that's what we're doing." 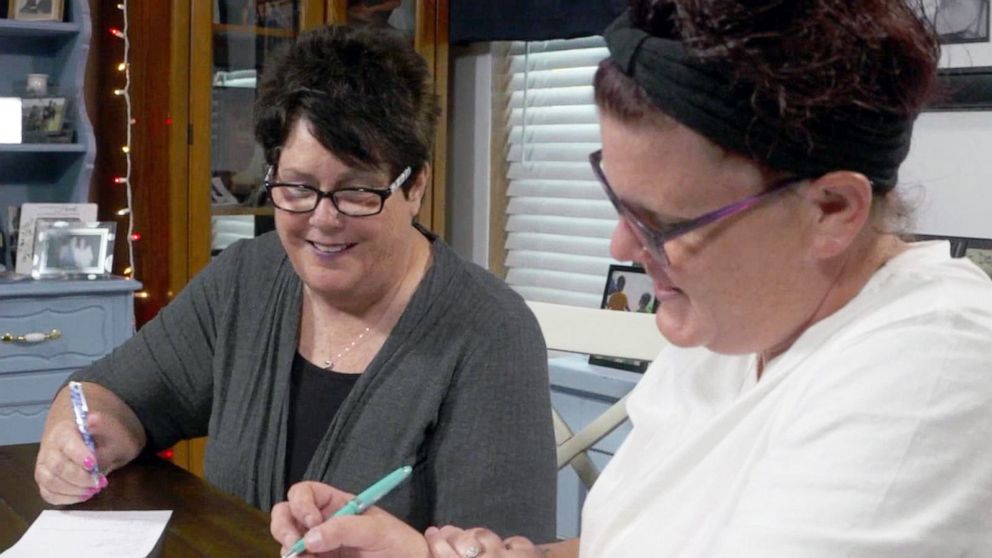 ABC News
Mary Naklicki, left, took out a loan to help pay for the wedding of her daughter, Dianna Naklicki.

Mary Naklicki said the interest on the loan is between 10 and 12%, which she considers cheaper than a credit card. She said is paying a little more each month to try to pay it off in three years.

(MORE: This couple has an offer for the man who hilariously photo bombed their proposal pics)
Editor's Picks

For her loan, Mary Naklicki turned to Upstart, one of the many companies now offering wedding-specific loans.

"Just in the last year it's been a 144% growth in wedding loans," said Upstart's co-founder and CEO David Girouard. "A personal loan generally is far less expensive than a credit card. Our loans generally are about 5 percentage points lower, on average."

With Upstart, Mary Naklicki said she did it all online and had the loan within 24 hours. 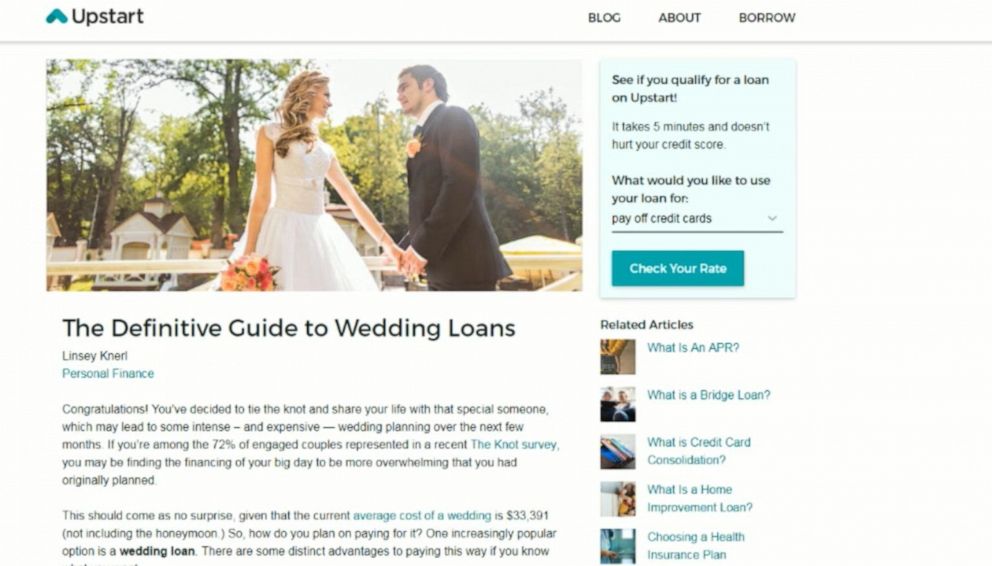 Upstart.com
Upstart is one of the many companies now offering wedding-specific loans.

"I just entered my information, my social security number, how much I wanted," she said. "They wanted to know what I was using it for and I think it came back right away that we were approved, so we gave them the bank information. And I think within 24 hours, it was in our bank account."

Wedding loans have become more common as more couples opt to pay for their own weddings, experts say. In the Naklickis' case, Dianna said she wishes her parents had not borrowed money to pay for her wedding, but she also sees the financial reality of their situation.

Financial expert Rachel Cruze said she advises couples to focus on their marriage, not their wedding, when preparing for their future together.

"Put effort into the marriage, not the wedding," Cruze said Monday on "GMA." "You have to be really careful when you you’re going into this process to say, ‘Okay, what can I afford?’"

Cruze also said couples should also think about what they really want and can really afford for their wedding versus looking at what everyone else is doing on social media.

"Our expectations for what our weddings should be are pretty astronomical because you’re seeing what everyone else is doing with their wedding," she said. "You’re seeing all the photo booths, all the great food, all the bands, all the things and so you have to be realistic about your wedding."

And while "wedding loans" are the of-the-moment option for couples, Cruze said even the traditional credit card, with its lure of points, is not a great option when it comes to paying for a wedding.

"Some people look at the math and say, ‘Well, I can get a better interest rate here or there or I can get points,’ but the truth is billions of credit card points go unused every single year and I don’t want points to drive someone’s motivation," she said. "Debt is just never a good option."

Here are three more of Cruze's tips to avoid going into debt while saying "I do." 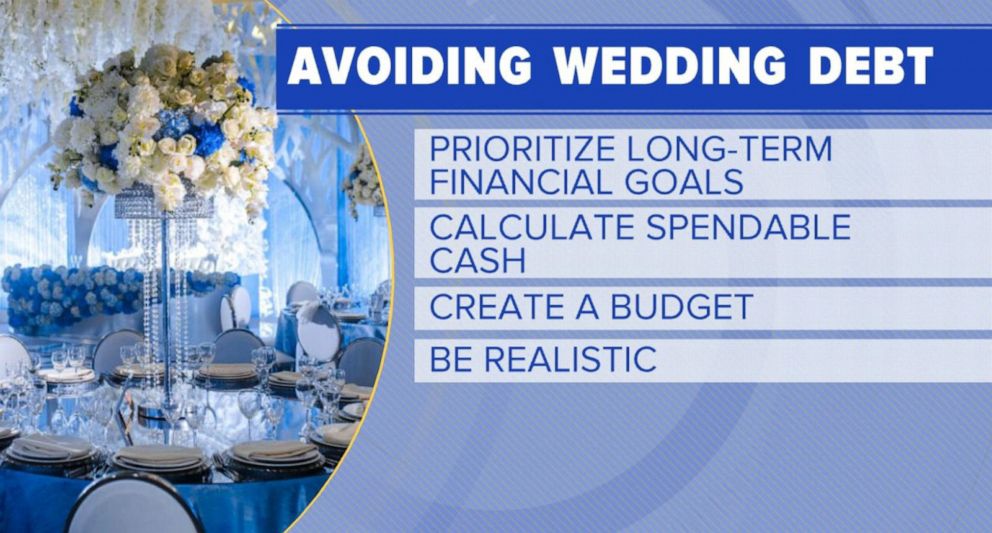 1. Look at your long-term goals: "As a couple, look at your long term goals. Say, ‘Hey, what if we took half this money and put it as a down payment for a house afterwards.’"

2. Be realistic: "Be realistic about your wedding. Don’t let the expectations of other people drive you up."