When Lauren Griffiths, a mom of three, looked at her LinkedIn profile photo recently, she did so through the lens of a working mom who is making her way through virtual schooling and quarantine life during the coronavirus pandemic.

The photo of herself in a power suit, makeup and perfectly coiffed blonde hair did not ring true for Griffiths at this unprecedented and chaotic moment in time, so she decided to change it.

Griffiths, a human resources consultant in North Carolina, is now seen on her LinkedIn profile as the woman she says she is right now during the pandemic, one with "barely dried hair, [a] comfy pullover, ripped jeans -- slightly frazzled from having just gotten 3 kids ready for 'school' -- but smiling and ready for work."

"Today's remote world has blurred the lines between my professional and personal selves, so I've chosen to represent that in my photo," she wrote on LinkedIn. "I've written and read enough on authentic leadership to know that being genuine and vulnerable will get you a lot farther in your career than a glossy headshot." 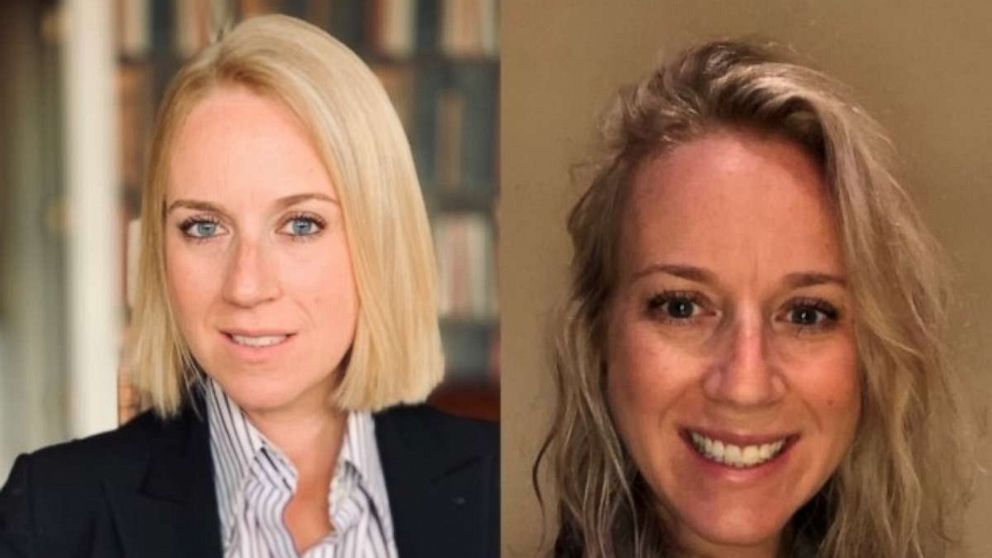 Griffiths, whose children are ages 7, 5 and 2, said she made a quick decision to take a selfie before a morning video meeting, and made that her LinkedIn profile photo, as well as the company photo that her coworkers see.

"The professional [photo] literally made me cringe," Griffiths told "Good Morning America." "When you're on a videoconference with me, the person who is now in my profile photo is who you get."

"I remember at the beginning of [the pandemic] there were people who wouldn't turn their camera on or you would hear people apologizing like, 'Oh, I just came back from a run,' or 'I didn't have time to put my makeup on,' and I don't know why we apologize for that," she said. "It's not that I care less about my professional image per se, it's just that right now I care more about representing the person I really am, and this is me."

Griffiths' post on LinkedIn has resonated with other users, sparking both debate and praise with millions of views, more than 420,000 likes and over 14,000 comments.

"We are breaking patterns that have been stablished for centuries in our society," wrote one user. "We are being 'force' [sic] to find who we truly are, do have we truly love, live the way we better find the balance and fulfillment in life and feels connected with themselves."

Griffiths said the debate that arose from her two photos sparked what she sees as a bigger conversation about the unconscious biases people, especially women, face.

"So many of the comments are opinions on which woman in the two photos people would prefer to work with or who they would hire, but many people failed to remember that both photos were the same person with the same education, the same skills and the same experiences," she said. "But the woman on the left would get the job based on her appearance."

Much of the debate around Griffiths' photo has also focused on professionalism, to which Griffiths says the pandemic has changed the game.

"I think the point is that what being professional means these days is really up for debate," she said. "Professionalism in my opinion is defined as producing ideas and results, caring about your work, respecting others, giving your best."

"We can do that wearing whatever we want, without judgment, without the need to conform to those around us that appearance equals ability. Forgoing a suit doesn't mean you care any less. Maybe it means you care more," said Griffiths.