Three incredible young brothers-turned-entrepreneurs have created a successful candle company that sheds light on a bigger issue and gives back to the homeless community.

Collin, 13, Ryan, 11, and Austin, 8, Gill started Frères Branchiaux, which is French for Gill Brothers, when their parents lit a flame under them to earn their own money to pay for their toys.

Patrick and Celena Gill told their boys they had two choices: start a business or get a job.

That sparked the initial idea and the boys have managed their candle-making shop out of their Indian Head, Maryland, home for nearly two years.

"Me and my brothers asked my mom, 'What's your favorite thing to buy?' At first she said bath bombs, which are kind of a longer process, so we did candles, which was easier," Collin said on "GMA." 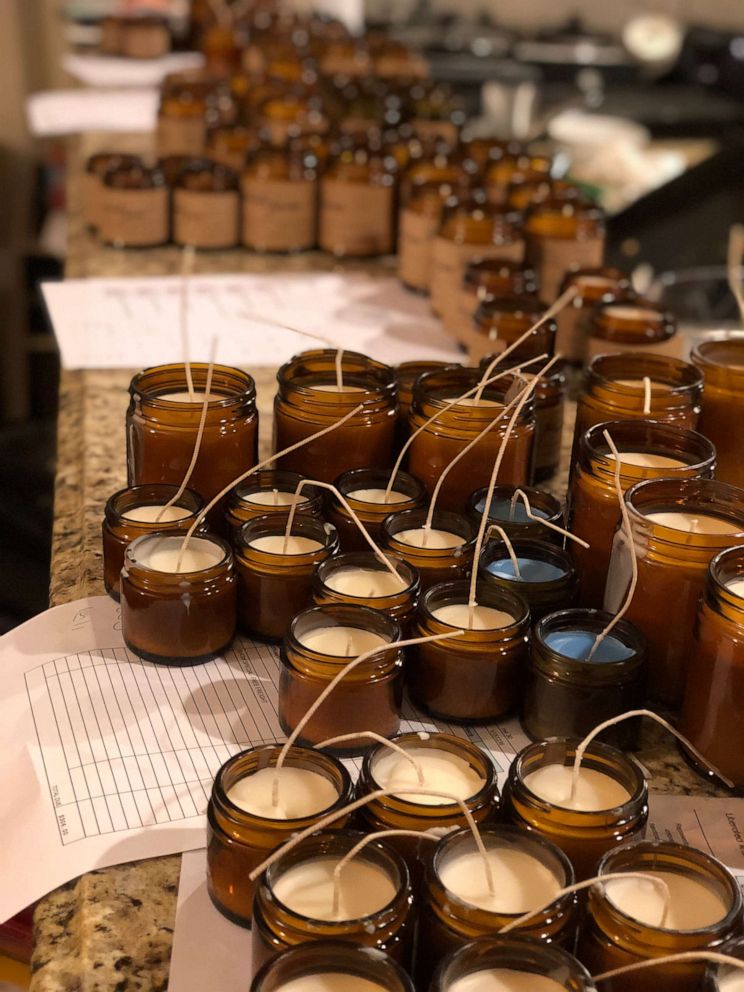 Gill Family
Candles made by Colin, Ryan and Austin Gill for their company Frères Branchiaux.

Ryan, 11, who his brother Collin calls the "scent-ologist" of the group, shared the secret behind his creative candle-making process.

"I usually pick the most scents I like and then I'll mix them together and ask my family members if they like it or not and then we'll make it into a candle," Ryan said.

The youngest brother, Austin, said it's "awesome" working with his brothers, but the biggest perk is having additional funds for things he enjoys.

Nearly 30 local stores carry the brothers' candles. They also have a pending contract with Macy's. 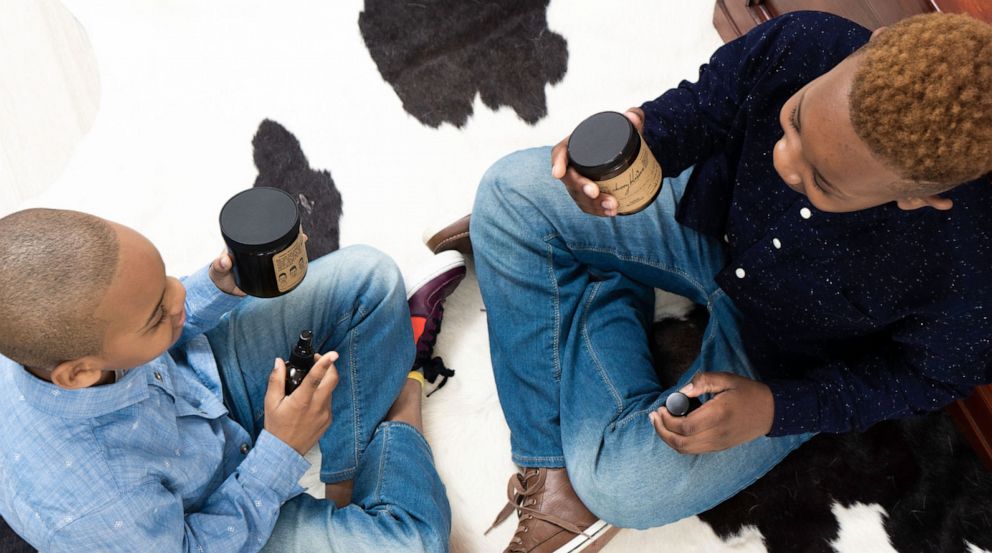 "It was just like a side thing because they wanted more money for NERF guns and PS4 games," Celena Gill said. "And I was like, 'No, get a job or start a business.' They surprised me when they started a business and they started selling at their baseball and football games and they've moved on to a vending truck."

Frères Branchiaux donates a percentage of the proceeds -- about $500 a month -- to help the homeless in the Washington, D.C., area.

"My brother Ryan has a big heart," Collin said. "He likes to help homeless people out -- in D.C. there is a lot of homelessness -- so every time we would stop by and see a homeless person he would ask my mom to give them money." 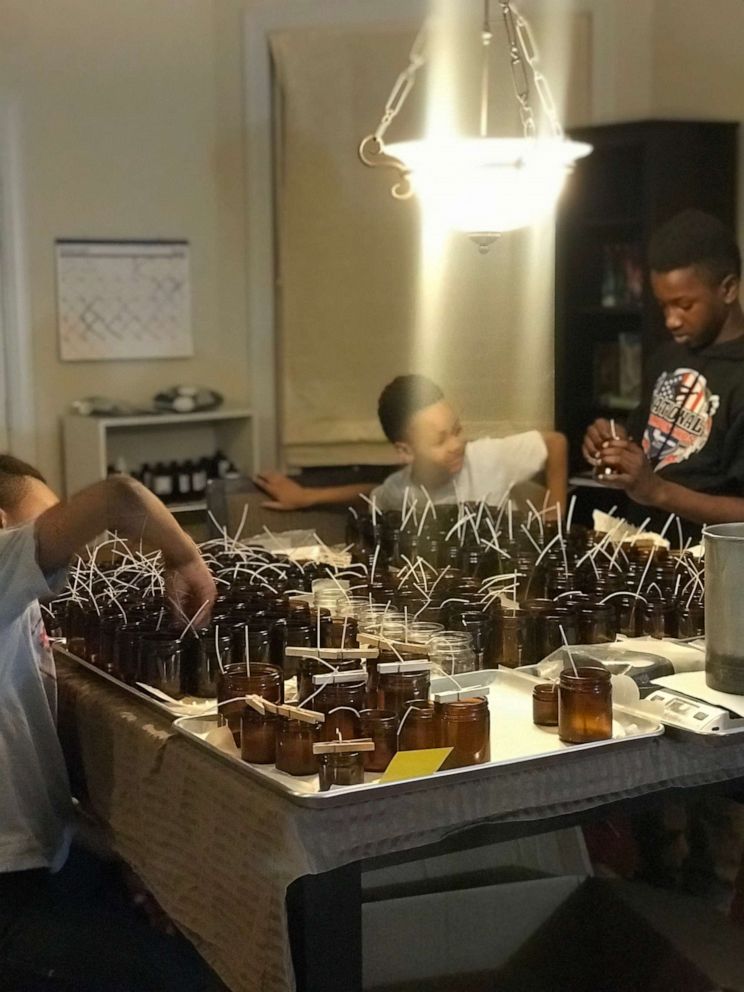 "I was always about helping others," Ryan added. "Really helping people that are the most in need."

To date the boys have blended 400 candles in 23 different scents. The candles are available for sale on the Feres Branchiaux website and retail for $18 - $28 per candle.

Their dad explained that as a parent it's important to be there and guide them to help harness their energy and ideas.

"You have to keep an open mind. You want to be able to foster anything that they're doing because they might kind of flow to other things," Patrick Gill said. "You want to help them focus on what it is they really like." 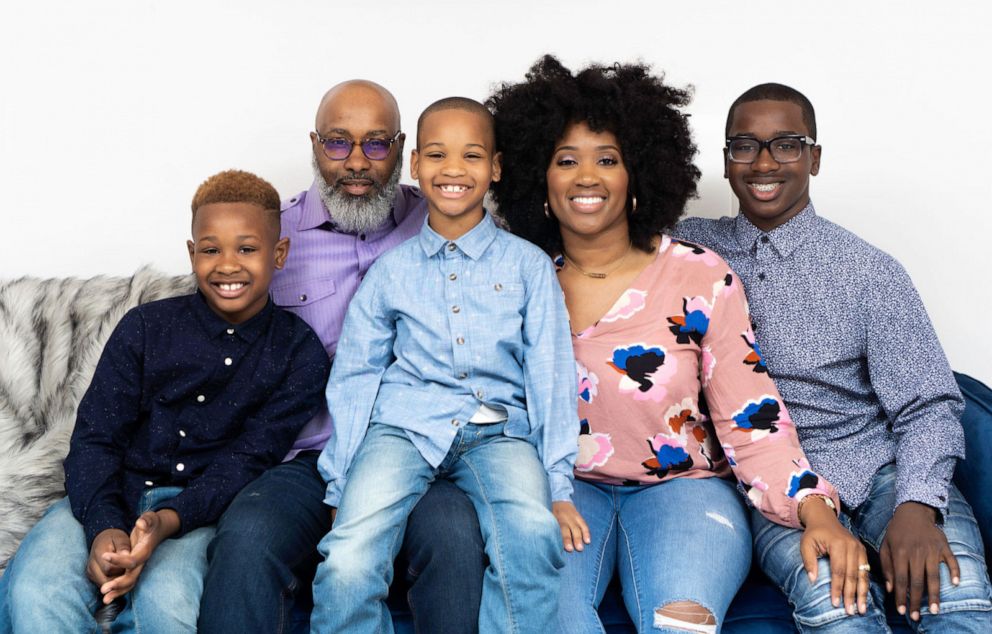 Photos Courtesy of Tamera Darden
Austen, Ryan and Collin Gill are seen with their parents Patrick and Celene.

Their mom said as a family they regularly give back to their community and are making strides to bring the boys' business full circle.

"We have a big community and we also want to do job creation," she said. "Right now we're working with one of the organizations to hire some of their clients transitioning from homelessness."

Next up is expanding to a bigger facility or "a candle truck."

"It's kind of like a food truck but instead of food it's candles," Collin said. "We're also looking to get a facility to make our candles out of."

Their mom said the family has set up a GoFundMe campaign for the candle truck which will double as a skills training center.