For many, running 100 miles might sound unfathomable or unrealistic. But Zach Bates was steadfast to run a 100-mile event before his 20th birthday.

"I wanted to do it before I was 20 because there's not much people who do it in their teens," Bates told "Good Morning America." 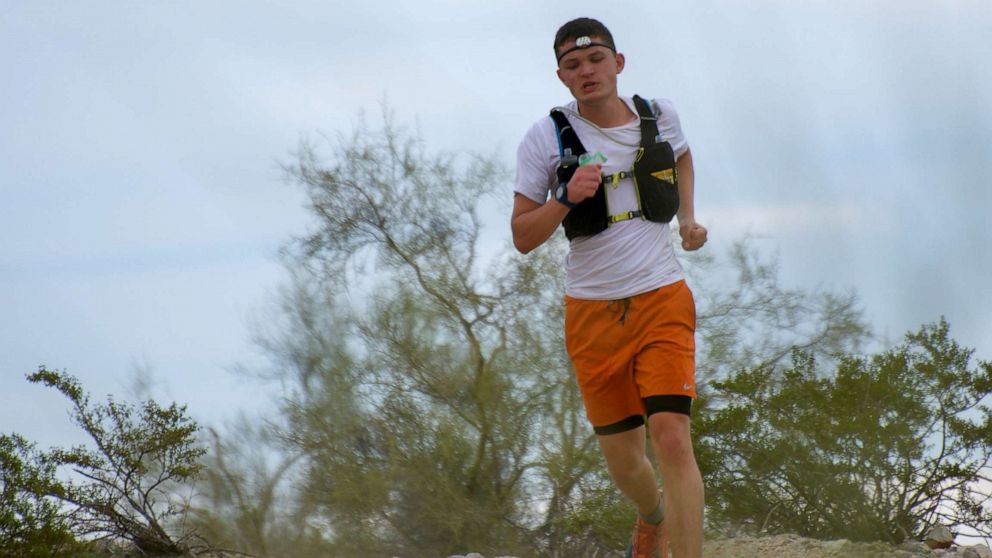 John Mark Hendrix
Zach Bates decided in May 2021 that he wanted to run a 100-mile ultramarathon before he turned 20 years old.

At the time, Bates was 19 and had just graduated from high school. He quickly went to work. After seven serious months of training and preparation, Bates finished the 100-mile Coldwater Rumble on Jan. 16 in 28 hours, 6 minutes and 36 seconds, about two months before his birthday. 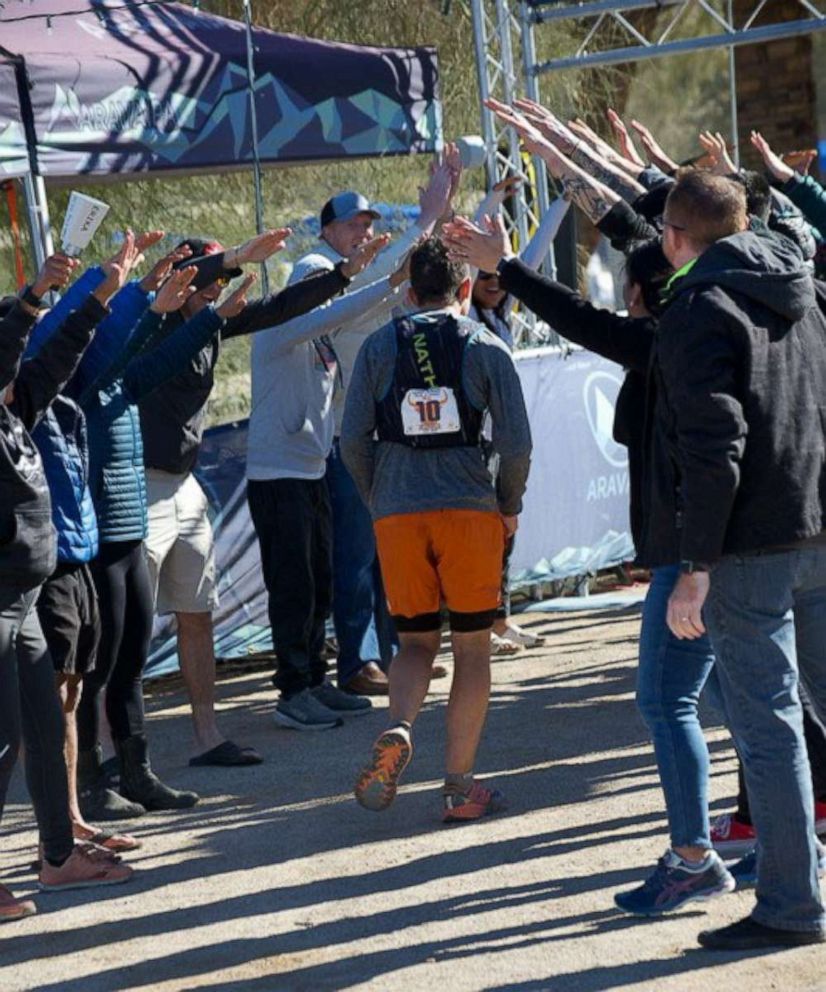 John Mark Hendrix
Bates was greeted with a tunnel of supporters at the Coldwater Rumble finish line.

He became the youngest participant to ever finish the Coldwater Rumble event, which was held in Estrella Mountain Regional Park in Goodyear, Arizona.

"To complete 100 miles, it's really exciting. It's even more exciting to finish the finish line than even like, a marathon, because of how far you have to go and all you have to go through to the end," Bates said. 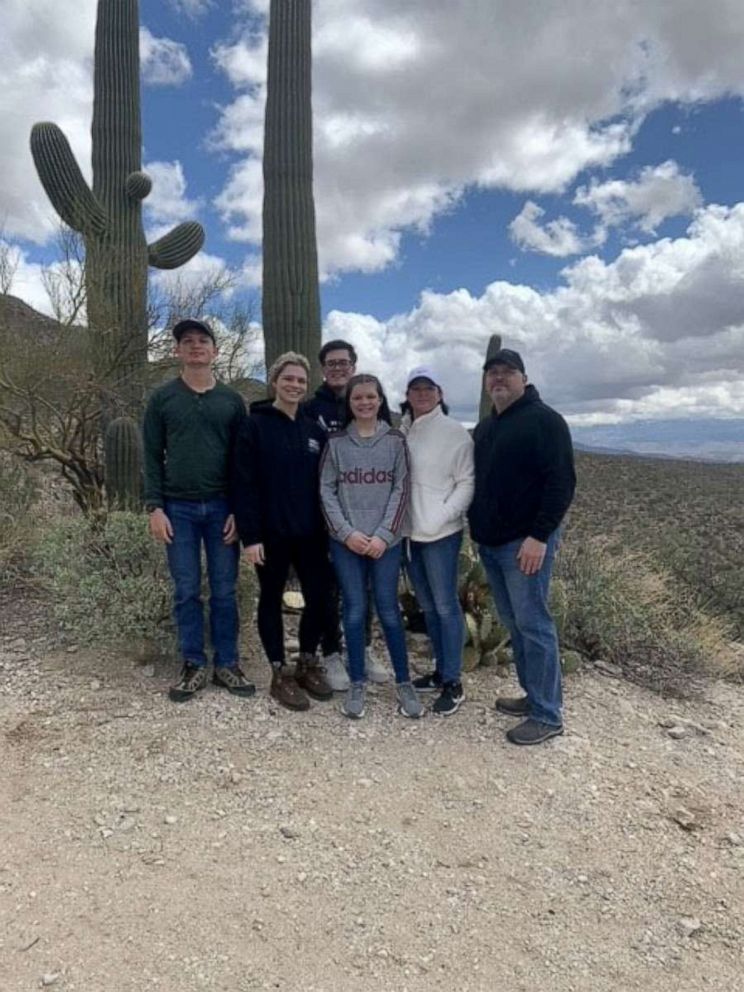 Rana Bates
Zach Bates with his siblings and parents on a hike in Tucson, Arizona.

"We had about eight months left before he turned 20. And so it's like, I don't know. That's a long race. I'm not sure we're gonna have enough time to train for that. But let's just see what shorter races we can do," Rana Bates recalled.

Autism spectrum disorder is a type of developmental disability that impacts roughly one in 44 children in the United States, according to the Centers for Disease Control and Prevention. Social interaction and social communication can be difficult for some people with autism, according to the CDC, though symptoms vary widely in severity and exist along a "spectrum."

Rana Bates teamed up with her son, bought books on ultramarathoning and recruited a mentor, John Mark Hendrix, and later, a coach, Nickademus de la Rosa, to help Zach along the way. 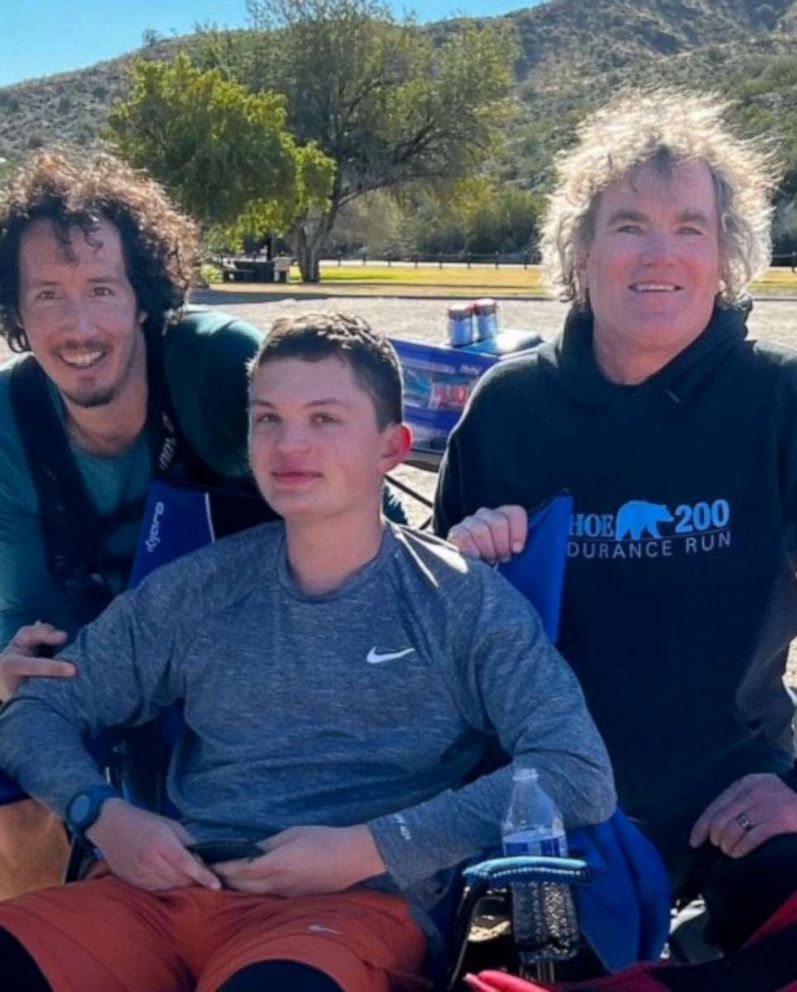 "We just really hit it off and it took a little while but he opened up to me," Hendrix told "GMA," noting that he quickly learned about autism and Zach Bates' own experience. "We covered a lot of miles together and had some great conversations and the further we got into this, the more I was convinced that he really can do this, and I believe he has the wherewithal to pull this off."

MORE: Woman who runs ultramarathons: 'Go out and do whatever you dream about'

The 60-year-old would know. Hendrix has been running since junior high school. He said he's run 40 marathons and crushed 50-milers, 100-milers and even a 200-miler.

"The thought of a 19-year-old taking this on is just incredibly remarkable," he said. "I tell people all the time, running an ultramarathon is 90% mental and the other 10%, well, that's mental, too. A 19-year-old just doesn't necessarily have the experience to commit and actually run 100 miles. That is just super, super unusual. This is an older person sport, people who have already accomplished lots of running and in less than a year, he ran a 5K and then a couple of marathons and he did it. He ran 100 miles!"

Rana Bates said she sees how her son's story and feat can be an inspiration and example for parents of children with autism.

"We need to see them as an individual. We need to listen to them. We need to hear what their thoughts and what their dreams are, what they want their future to be," she said.

Hendrix ended up pacing with Bates at the Coldwater Rumble, running with him from mile 60 to mile 80, from about 9 o'clock at night to 3 o'clock in the morning.

"It's a tough, tough thing to do, especially the first time you do it. And he was in a lot of pain but he never ever once in the 20 miles that I ran with him that night, complained or said, 'I don't know if I can do this.' He just kept going," he recalled. 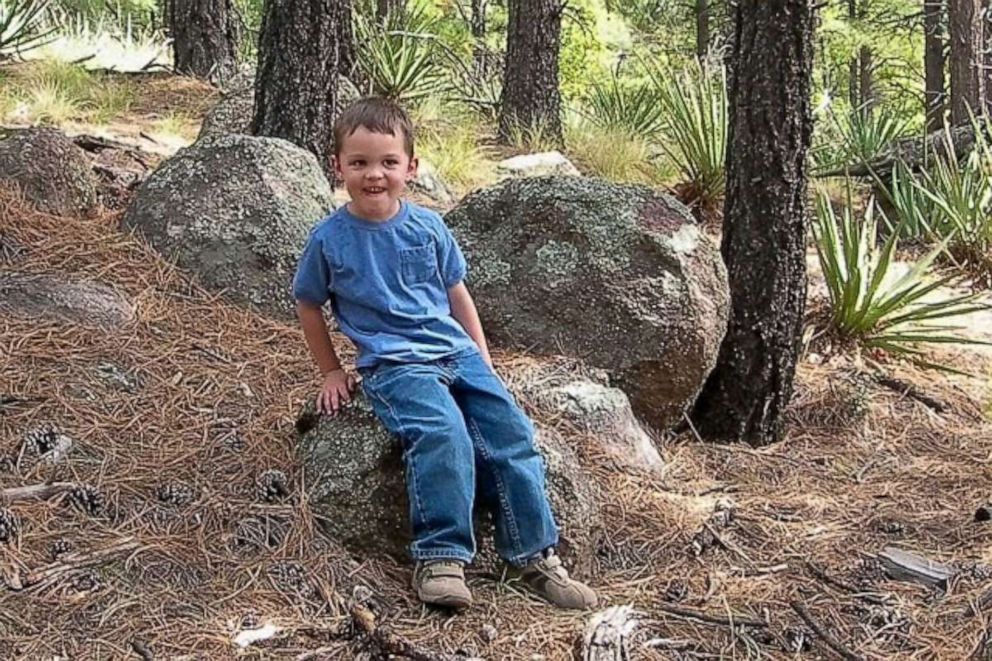 At the end of the day, Bates said he simply loves running and that his autism doesn't affect his ability to do what he loves.

"Running makes me feel good. I enjoy it. I like the challenge of going really far," he said.

Bates' epic Coldwater run will be the focus of an upcoming documentary called "Break the Mold: The Zach Bates Story," produced by Travis Holt Hamilton. Fans can follow Bates' story on social media through the @running.farther accounts, which Rana Bates helps run. 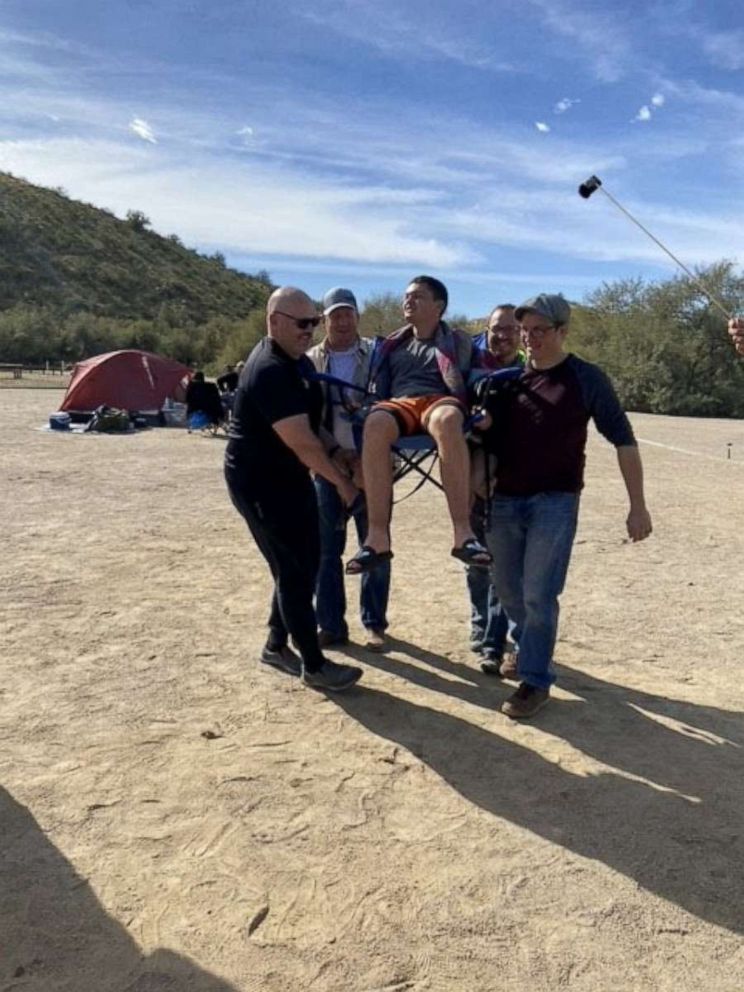 John Mark Hendrix
After 28 hours, Bates accomplished his 100-mile dream at the Coldwater Rumble. His father and uncles carried him in a chair after he completed the event.

Added Hendrix: "I know for myself, and I know the people that meet him think, 'You know, if Zach can do this really hard, big thing, I can too.' And it might not be running 100 miles, it might just be anything that life throws at you."

Bates plans on running his next 100-miler at the Javelina Jundred, which will take place right before Halloween. Later this month, he'll tackle a 100K with the Canyons Endurance Run in Auburn, California.

No matter the hardships, Rana Bates said she's proud of her son for pursuing his passion.

"I'm really proud of him for working hard and being dedicated and always keeping his dreams in focus," she said. "Oftentimes, I think other people get lost in trying to work around all the mental things that are involved in achieving a goal where he's just like, 'OK, this is the plan.'"