"I felt like I needed to be here to show my solidarity for Dr. Ford," Milano said from the hearing room. "On this day that will be very difficult for her."

Milano traveled from Los Angeles to the nation's capital to be present for the historic hearing.

Milano has been an outspoken #MeToo activist for almost a year now and was among the first to tweet out her powerful #MeToo story, inspiring hundreds of other women to also come forward. 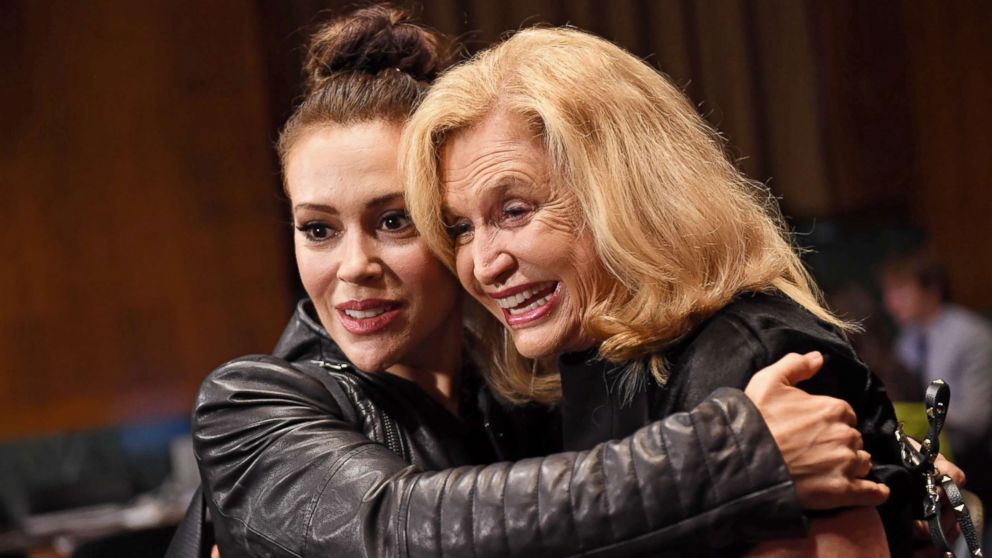 Milano, who sat in the middle of the hearing room, said she was a guest of California Senator Dianne Feinstein.

While Ford answered questions about how Kavanaugh and his friend Mark Judge, whom she also accused of the alleged assault, laughed while attacking her, Milano was spotted in the hearing room in tears, dabbing her eyes with a tissue.

Milano recalls being "almost 20" when she was watching the 1991 Anita Hill hearings.

"I remember thinking what a strong, amazing, solid woman she was to come forward," Milano recalled of the woman who accused Clarence Thomas of sexual harassment. "What a service she was doing for all women."

“This is not a trial for Dr. Ford. It’s a job interview for Judge Kavanaugh.” 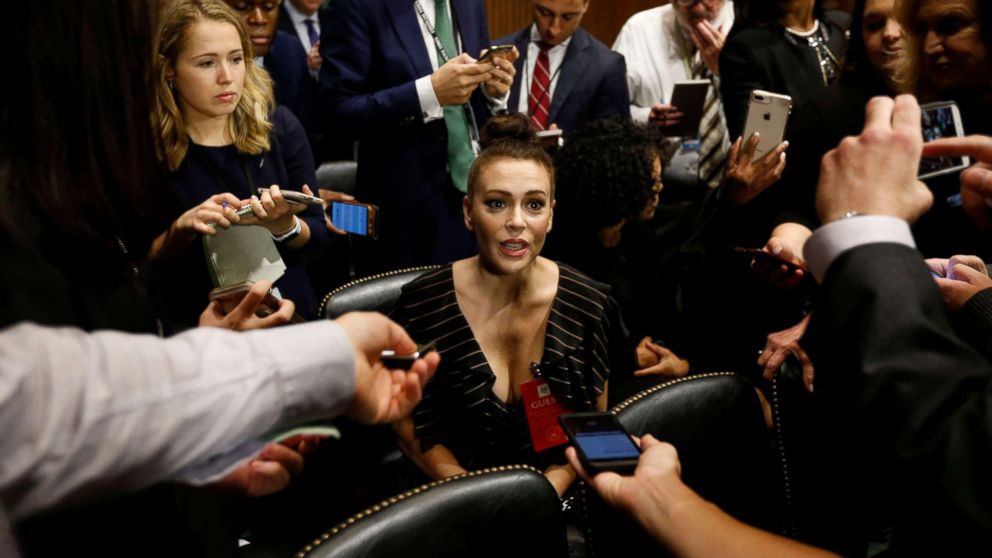 Pool via AFP/Getty Images
Actress Alyssa Milano talks to media before the Senate Judiciary Committee hearing on the nomination of Brett Kavanaugh to be an associate justice of the Supreme Court in Washington, Sept. 27, 2018.
MORE: Read Christine Blasey Ford's opening statement: 'I believed he was going to rape me'
MORE: Meet Anita Hill, the first woman to upend a Supreme Court confirmation with misconduct allegations

More than two decades after the Hill hearings, which concluded with Thomas being confirmed onto the Supreme Court, Milano says "We are in a different time."

"Women are standing together now in solidarity," she said. 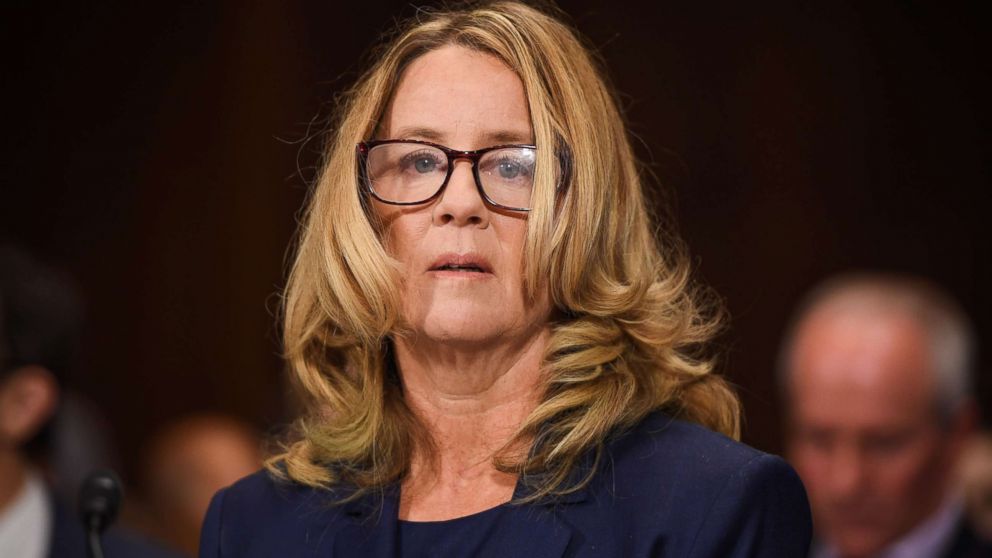 After Kavanaugh testified, Milano slammed what she sees as a double standard between men and women, tweeting: "I will say this...if a woman were to yell, interrupt and cry while being questioned, people would call her unhinged or say she had a melt down."

I will say this...if a woman were to yell, interrupt and cry while being questioned, people would call her unhinged or say she had a melt down. pic.twitter.com/qBDuBP0QHt