Celine debuted its Fall/Winter 2022 collection in Los Angeles on Thursday. The night was full of glitz, glam and plenty of A-listers who stopped by to watch the show.

There were also moments where models were seen wearing sophisticated suited looks along with stylish booties and bowties.

Off the runway, the front row was just as glamorous and loaded up with familiar faces such as Paris Jackson, Courteney Cox and Paris Hilton. 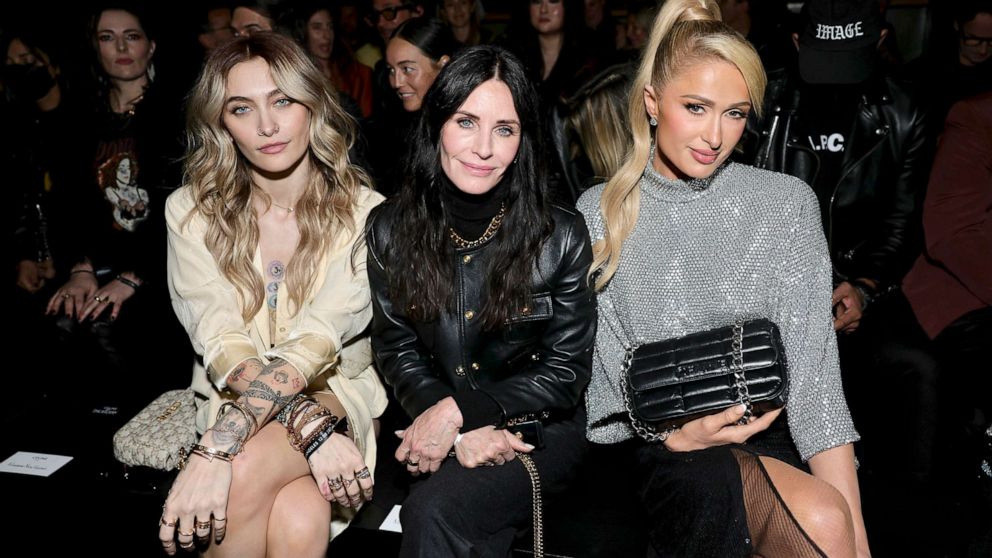 Actresses Brie Larson and Emma Roberts were also present for the fashion extravaganza.

One attendee that wasn't hard to miss was supermodel Cindy Crawford, who was photographed posing with her husband Rande Gerber as well as her son Presley Walker Gerber. Crawford wore a shimmering mini dress and high boots to the event.

The family was there to support Crawford's daughter Kaia Gerber, 21, who walked during the show Thursday evening. 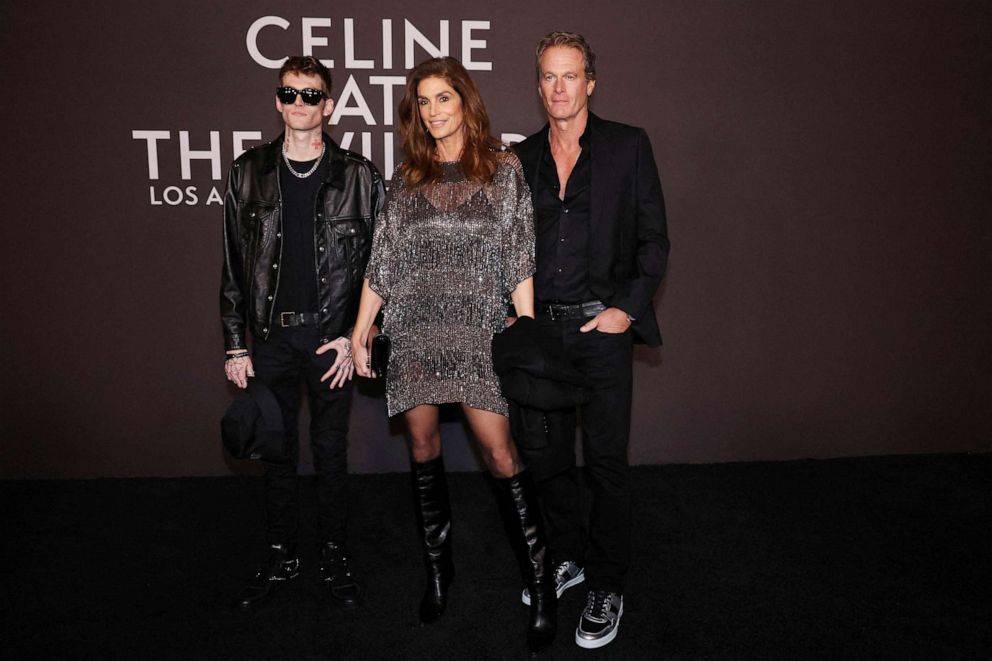 This season's Celine show was held at the prominent Wiltern Theater in Los Angeles, which has gone through several transformations through the years. In the past, the venue has hosted performances by Prince, James Brown, Neil Young, Nina Simone, Amy Winehouse and many more.