Telfar fans were sent into a frenzy recently after it was announced that the brand was taking over a Rainbow store location in Brooklyn during New York Fashion Week.

The unisex fashion label announced that it would be filling the Fulton Street store in Downtown Brooklyn with thousands of bags in every size and every color for one day only -- all available on a first-come, first-serve basis.

The popular tote being sold was Telfar's signature Shopping Bag, which has become one of the fashion industry's most in-demand designer bags in recent years.

While bags sold out at the Rainbow pop-up in a matter of hours, the designer surprised everyone by announcing a second online Rainbow drop, scheduled for Sept. 23. 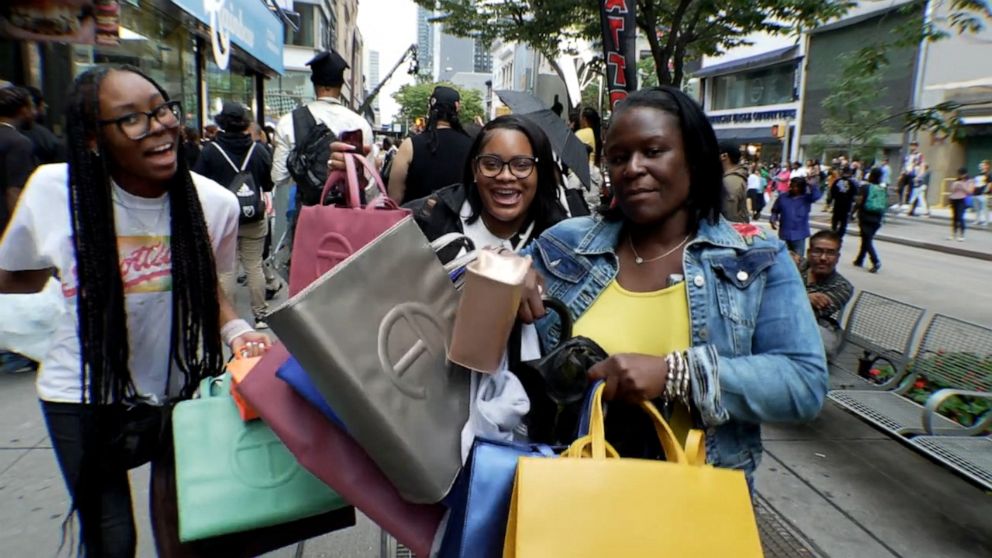 Celebrities such as Gabrielle Union-Wade and Zoë Kravitz have been spotted flaunting the "It" bags. It's also been listed as one of Oprah Winfrey's "Favorite Things" as well as referenced on one of Beyoncé's latest tracks from her album "Renaissance."

The designer behind the highly acclaimed bag, Telfar Clemens, spoke to ABC News' Janai Norman about seeing celebrities such as Beyoncé wearing his products.

While he happily accepts the celebrity love, Clemens also said there isn't any validation that someone else could give him that he also wouldn't give to himself.

"For a long time," he added, "people weren't clapping for what we were doing." 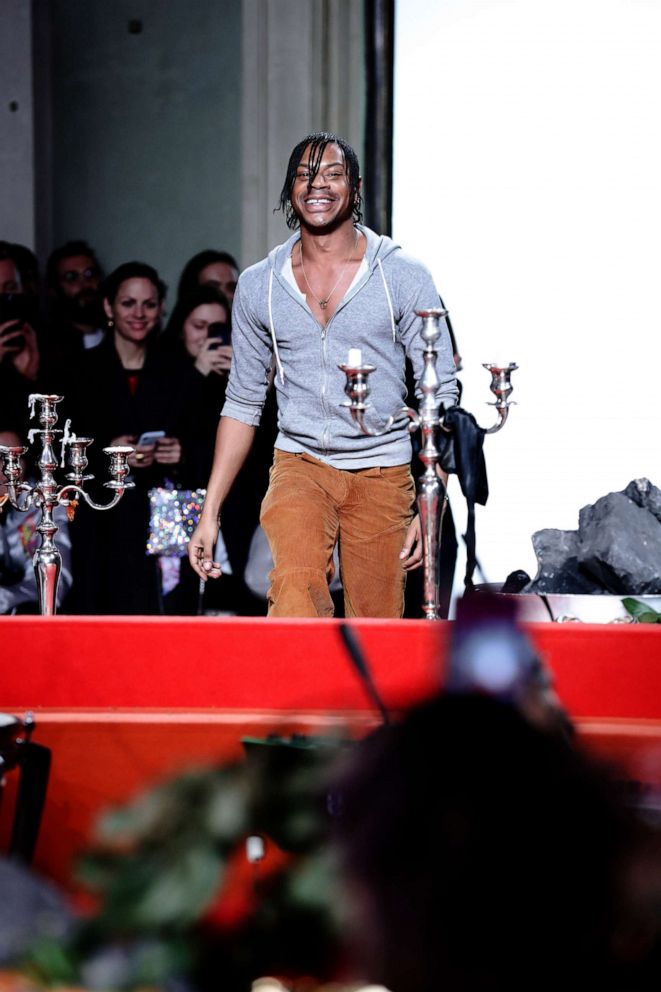 Born in Queens to Liberian immigrant parents, Clemens didn't initially think he would end up in the world of fashion. He pointed out that he isn't a trained designer and thought he'd have a career as an accountant.

"I always was interested in fashion," said Clemens. "I didn't know a fashion designer was an actual job that I could be."

Clemens launched his eponymous line in 2005. He said his signature logo was inspired by a first-grade teacher who gave him a monogram of his initials.

The logo now appears on everything from clothing to outwear. However, it was the Shopping Bag that he debuted in 2014 that took his brand to new heights, surging in popularity during the pandemic.

The inspiration behind the bag came from Clemens seeing people during the holiday season carrying lots of different shopping bags and thinking how happy they looked. "One bag that was specifically just so beautiful was the Bloomingdale's shopping bag," he said. 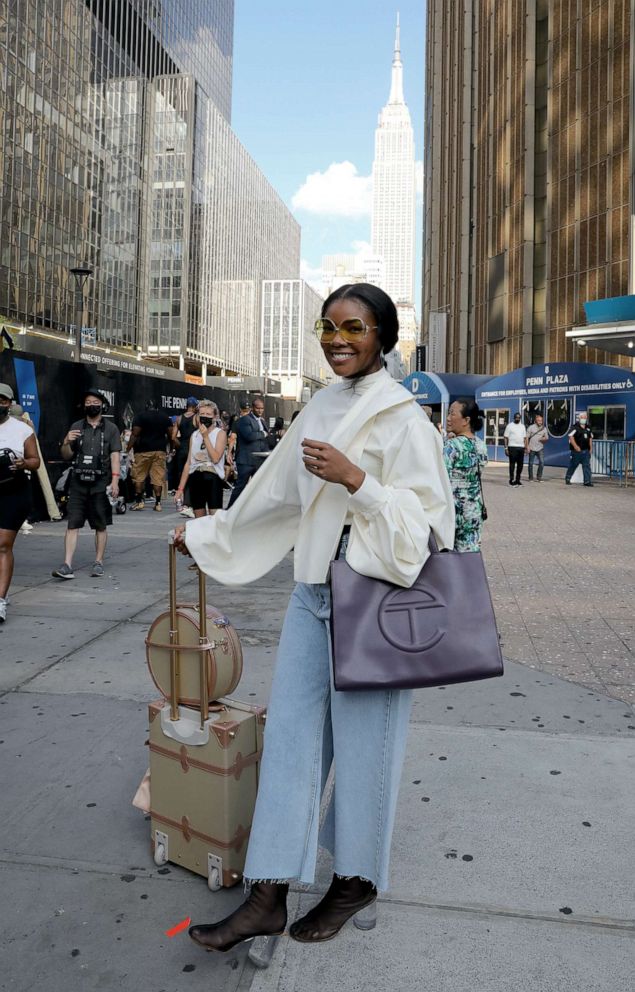 Clemens' version of the timeless shopping bag is made from vegan materials with prices that range from $150 - $257. Keeping prices accessible has been a priority for the designer.

"I'm like the customer. At the end of the day, I'm like, 'I know what someone between a certain age group has in their pocket,' " he said.

Living by the brand's motto, "Not for you -- for everyone," Clemens often showcases his brand's diehard fans by often featuring them on Telfar's social media and digital TV channels, which he sees as a way to directly speak to them and unveil his latest collections. 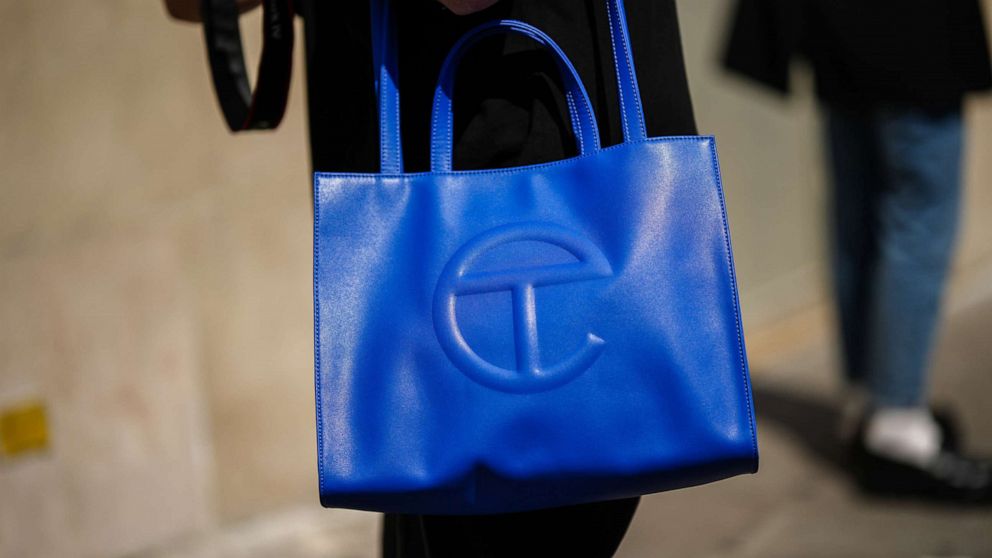 Clemens' empire has in recent years collaborated with companies like UGG, Eastpak, Moose Knuckles and more, and his label was the one responsible for fast food chain White Castle's uniforms.

The designer has also created looks for the Liberian Olympic team, which gave his unisex line a platform to be seen on the world stage.