For many, it's hard to unsee how much Hathaway was channeling -- intentionally or otherwise -- her iconic Andy Sachs character from the hit 2006 film "The Devil Wears Prada."

Similar to her character, Hathaway also wore blunt bangs to the show. 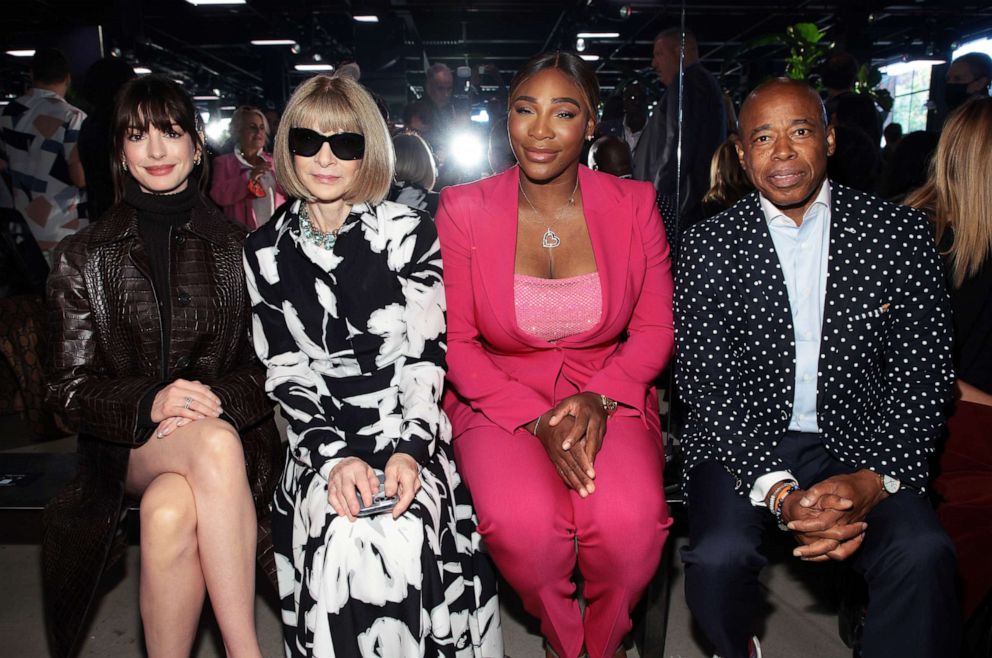 Eagle-eyed fans were quick to weigh in on Hathaway's inspired look and shared their thoughts via Twitter.

"Anne hathaway referencing herself from the devil wears prada (17 years ago) while sitting next to anna wintour at fashion week… the grip she has on me," one Twitter user wrote.

The early 2000s comedy-drama stars Meryl Streep as Miranda Priestly, a famed but demanding fashion magazine editor, and Hathaway as Andrea "Andy" Sachs, a college graduate that goes to New York City and lands a job as Miranda's co-assistant.

The film follows Sachs' journey to fit in with the rest of the fashion industry and Priestly's high standards. However, her personal relationships begin to struggle as a result of her brand new vibe. In the end, Sachs goes back to who she really is and moves on.