She's a junior ranger that's older than the national park itself.

Rose Torphy was on a vacation at Grand Canyon National Park when she stopped in the park store.

"I started talking to people about the junior ranger program because it teaches kids to protect the Canyon," she told "Good Morning America." "My parents taught me to care for the land but not all kids have that."

The trip to the Grand Canyon was Torphy's second. The first was in 1985, she said, "when she was able to walk around." This time, she took in the sites in her wheelchair and was able to "go to the edge." 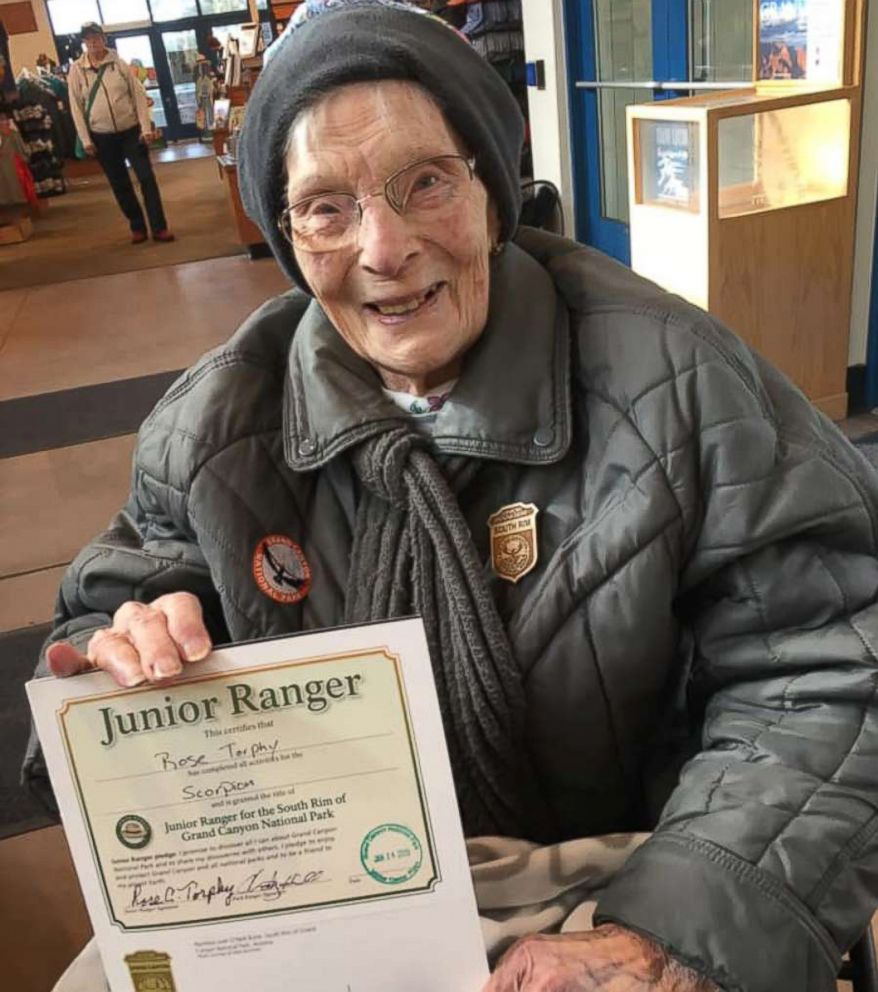 Courtesy Cheri Stoneburner
Rose Torphy was made a Junior Ranger for the South Rim of Grand Canyon National Park on Jan. 14, 2019.

Ojeda told "GMA" the Conservancy had to "get creative" with programming during the partial government shutdown which was going on during Torphy's visit in mid-January. 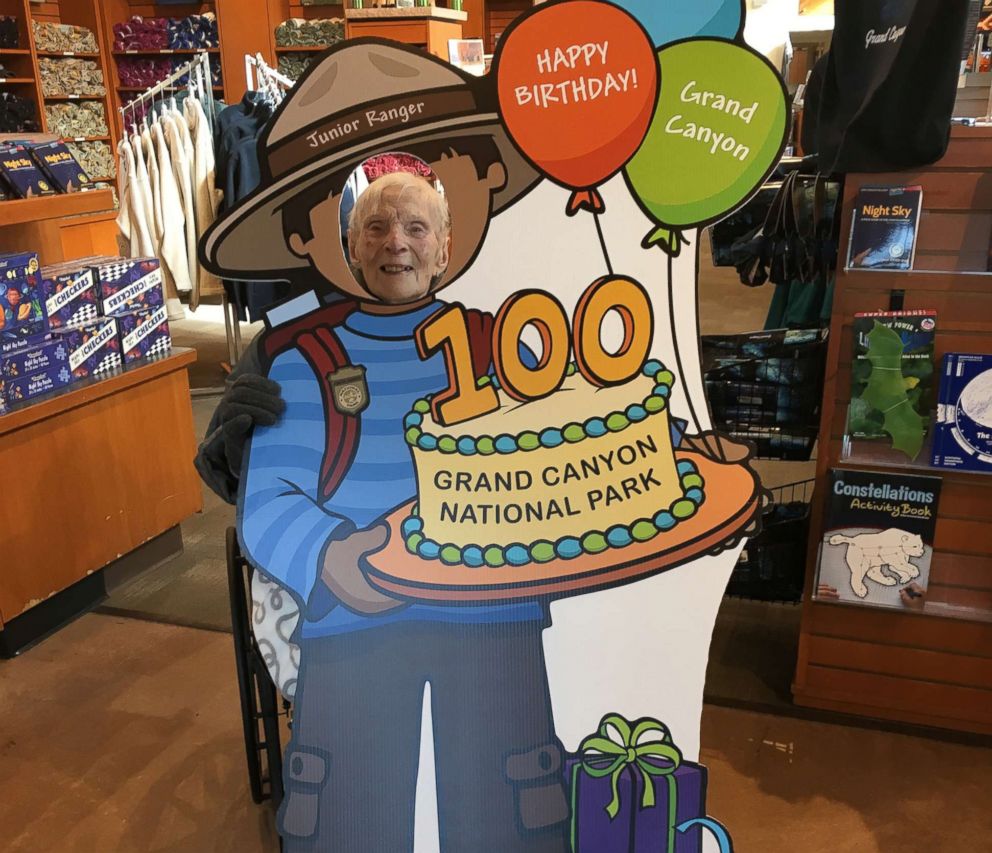 (MORE: Isn't it romantic? Meet the director of romance at Sandals Jamaica) 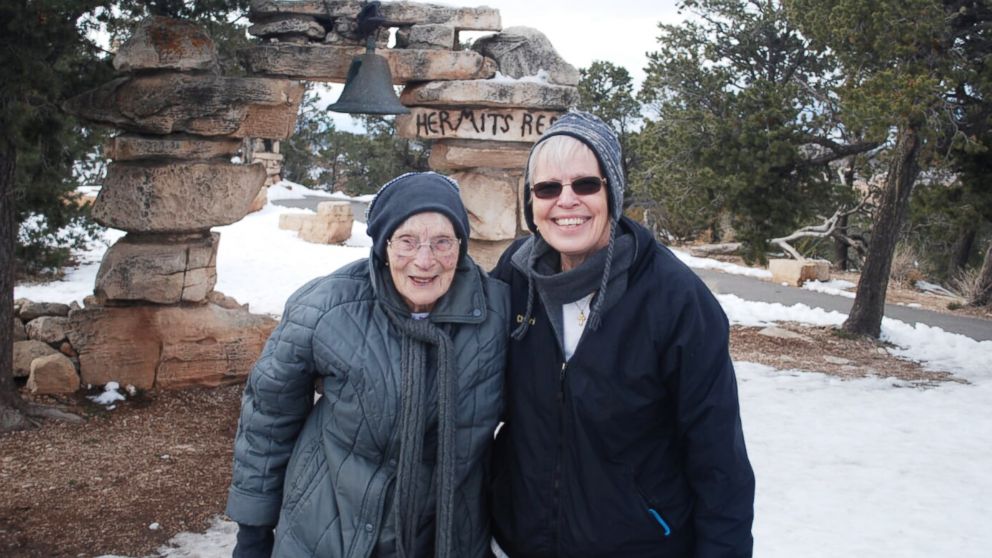 Cheri Stoneburner, Torphy's daughter, was with her on the visit and told "GMA" her mom has been wearing her junior ranger pin on her coat since they got back from the trip.

"I was very impressed with the wheelchair access and ramps," Stoneburner said. "We were able to get to an edge where she had taken a photo with my dad on their visit in 1985," she said.

"She's a spokesperson for the park now. Everywhere we go, people ask her about her junior ranger pin and she says 'you're never too old to see the Grand Canyon!" Stoneburner added.